Last week’s discussion focused on ISM vs. Markit PMI & was triggered by the following tweet by David Rosenberg:

We got some clarity this week. First the Nirvaan state in Consumer Confidence & Financial measures: 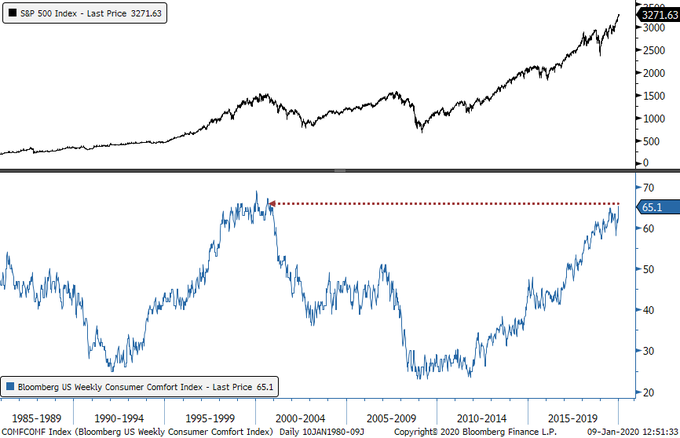 Let us put aside the “October 2000” mention for now and ask if there is a message in high yield spreads? 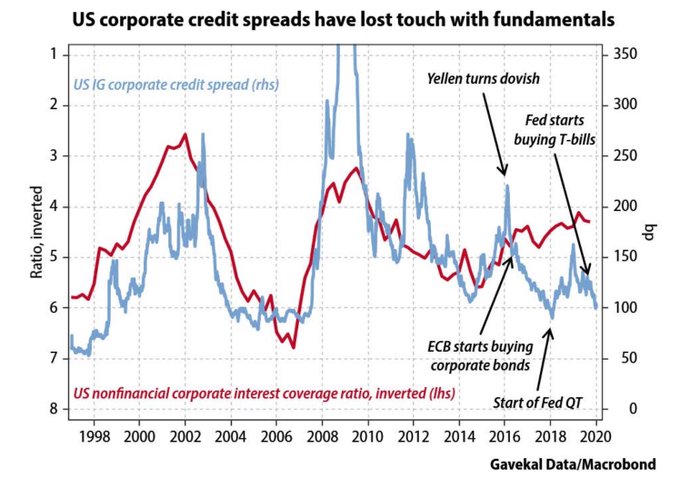 OK but what about the business cycle? 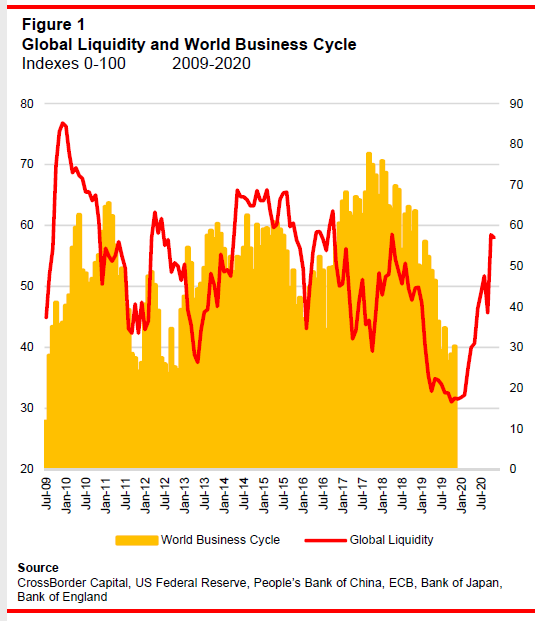 Yeah but isn’t the above restricted to the people who, as they tell us, have the money to buy stocks? What about the people who drove the November 2016 election, the people who may not even have completed high school? 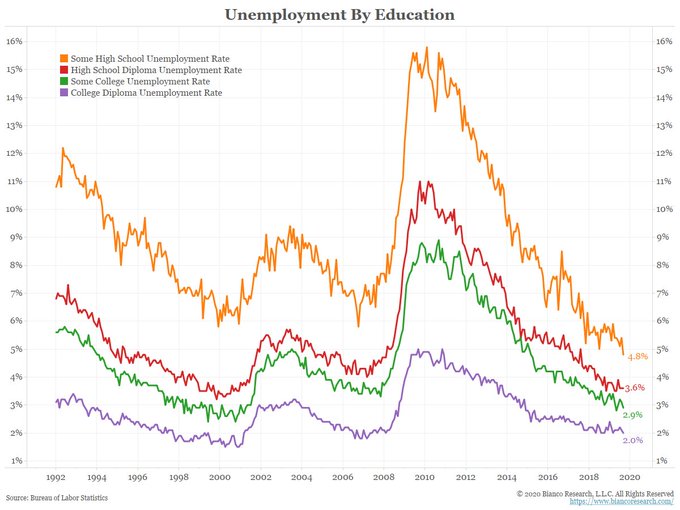 So this is true Nirvaan, right? Not exactly. 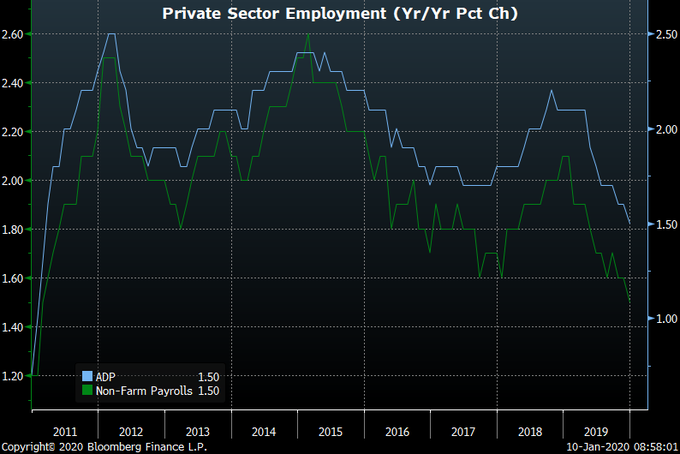 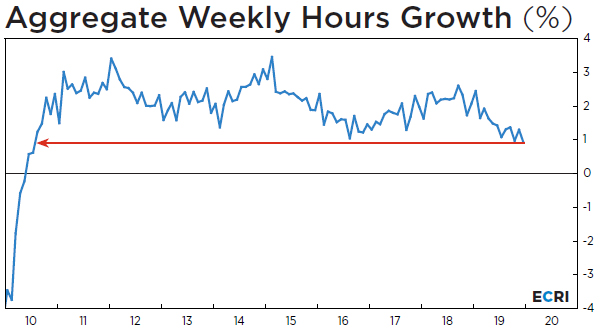 The above slowdowns are worrisome but there is a fast contraction that is likely to have a greater impact:

And that folks could well be the key to ignore the “October 2000” mention in the tweet above by @SentimentTrader. Because in October 2000, the Greenspan Fed was on a determined mission to kill the tech-telecom bubble.

In stark contrast, the Powell Fed is totally committed to make this slowdown a mid-cycle pause. That commitment will, unless the real economy begins to catch up the financial economy, force the Fed to cut rates (to 1% or just below 1%) & transform his Not QE to real or acknowledged QE. And on top of that, we believe Chairman Powell will support the idea of cutting the payroll tax deduction to increase take home pay in 2020 & stimulate spending.

That to us will again be the Executive Branch & the Central Bank working hand in hand and that is never a negative for the stock market.

Rates along the entire Treasury curve rose the first three days of this past week & kept rising on Thursday morning as well. Then came a strong 30-year Treasury auction at 1 pm on Thursday. And rates dropped on Thursday afternoon. Then came the weaker than expected 145,000 NFP report with even weaker internals. That continued the fall in Treasury yields into Friday’s close.

Despite the fall in yields on Thursday & Friday, yields along the entire Treasury curve rose on the week by 3-4 bps. 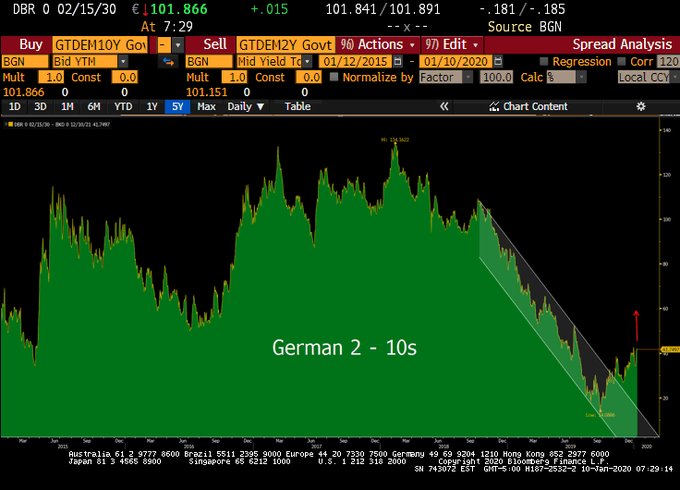 But there is one indicator that might suggest a near term fall in Treasury rates: 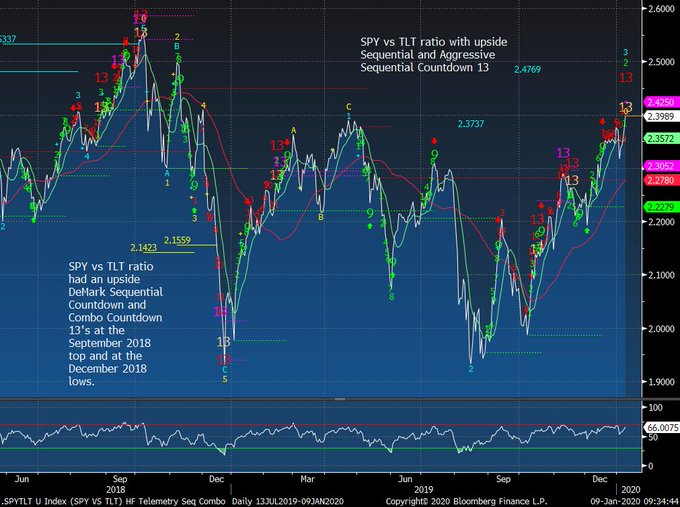 Just add Iran-Soelimani to the trident of uncertainty of Q4 2019. It also got resolved the way Brexit & Phase 1 deal got resolved in December. With a “no big deal” realization & a rally in stocks. But this one was even more spectacular with almost a 700 point move in the Dow from Tuesday evening to Wednesday’s close. How unique was that? Totally says the tweet below:

Last week we got the Santa Claus rally. This week we got the up first 5 days of January indicator. Now we need to see an up January. But do we? Or do we have an even better indicator for the year?

Then you have a ratio indicator:

Being simple-minded, we prefer another chart from his article:

But there is no doubt the S&P is really up there. Jim Cramer said on Friday evening that viewers should take some off & that he has been taking some off every day this week. Tony Dwyer came on Fast Money on Wednesday evening & said he only sees a 5% upside but a 5-10% pullback. In that context, we rely on what has worked so far:

And one smart guru sees a down move coming next week: 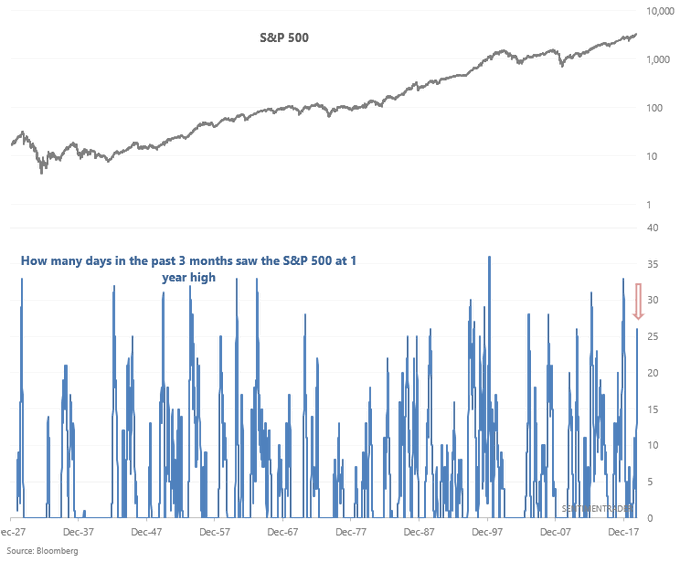 The U.S. Dollar rallied this week despite all the prognostications about its demise. And actually one turned in its favor:

But despite the 50 bps rally in the Dollar this week, emerging markets outperformed & even Gold slightly outperformed the S&P. Gold, Bitcoin & Oil are among Gundlach’s conviction trades for 2020 along with Dollar weakness:

And those who like macro might want to spend an hour listening to the new & far better Round Table for 2020, the Double Line Roundtable: