Last week was pure chaos. Jim Bianco tweeted last week about the dysfunction in the Treasury market. If  the market that defines risk-free rate levels becomes dysfunctional, how could other fixed income markets not get liquidated? Talk about dysfunctional – Treasury bonds got sold off big as stocks were collapsing in what became the worst week for the Dow Jones since 1933.

What led to that dysfunction? Treasury bonds were owned in leveraged size by the same entities who were  liquidating stocks, “they” being the Risk Parity guys.

But as we pointed out last week, the Risk Parity ETF turned up on last Thursday (3/19) morning. How did it behave this week?

Yes. The turn on Thursday morning was real. Notice that while the S&P made a low on Monday morning, the Risk Parity ETF closed up. It rallied all week to close up 10% matching the S&P’s 10% weekly gain. And TLT also respected its turn of last week with a 5.5% rally this week with EDV, the Zero-coupon ETF up 10%.

Treasury yields along the entire curve fell this week as they should have given the economic picture ahead. The 30-7 year curve went down 20 bps in yield and the 5-2 yr curve went down 10 bps on average:

And yes, our own simple indicators of leveraged funds beating unleveraged funds also worked this week, thereby continuing their own turn of Thursday, March 19. It is almost as if they had discerned what the Fed might do.

The Fed’s announcements had a lot to do with this week’s rally in all markets (except oil, of course). But does that in itself suggest something about markets being near fair value on Monday, March 23? Read what Jim Bianco wrote in Monday:

Since the new facilities worked, it means, at least per Bianco’s logic, that the bond market levels were close to fair value as perceived by the bond markets. Look the high yield ETFs, HYG & JNK, rallied 10% this week despite the 8% fall in Oil.

Something else, something really important happened this week. The U.S. Dollar fell by 4.5% on this week recovering the 4.5% rise of the week before.

Unlike us, the Fed & so many, some were not happy with this week fall in the Dollar:

In contrast to Mr. Pal, Gold & Silver were thrilled. Gold rallied 11% on the week and Silver rallied 17% on the week.

Finally how do we describe what the Fed did this week? By quoting Jim Bianco:

Last week we closed with “Right now, everybody would settle for a near term rally that takes the panic down.” The panic didn’t really go down with $VIX closing this week almost at the same level it closed the week befoe. But what “a near term rally” did we get!

Without question, the clip of the week was Bill Ackman on BTV on Monday in which he was clear & explicit. Key excerpts from his long clip are:

Remember the MS QDS excerpt we had featured on Friday March 20, courtesy of The Market ear:

What a superb call? They didn’t even have to wait till March month-end to get that rally. What are they saying now? Once again via courtesy of The Market Ear:

All that is fine into Tuesday, March 31 but what is an intermediate term outlook? Mike Wilson of Morgan Stanley made an interesting case not just once but twice:

What about the near term?

What about in 6-months or a year? 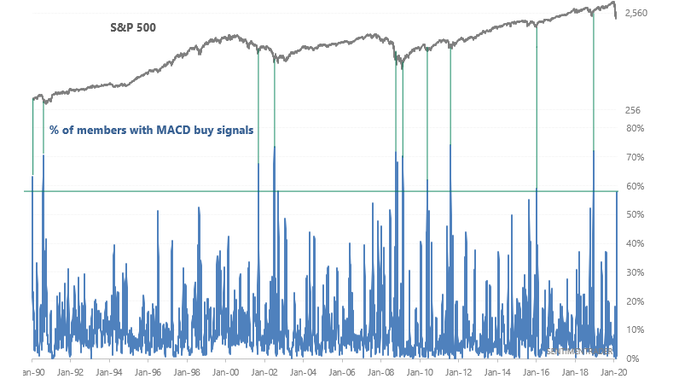 Assuming a new bull market could be beginning as this bear market ends, what could be its scale?

3. Second Prong of this Recession

While CoronaVirus is getting almost all the attention for this recession & market decline, we think the second reason is almost as important. The economies of several states, employment of nearly 1 million & the health of the US high yield market depends on this second factor – the Russo-Saudi Roulette.

The impact on a stock sector is clear: 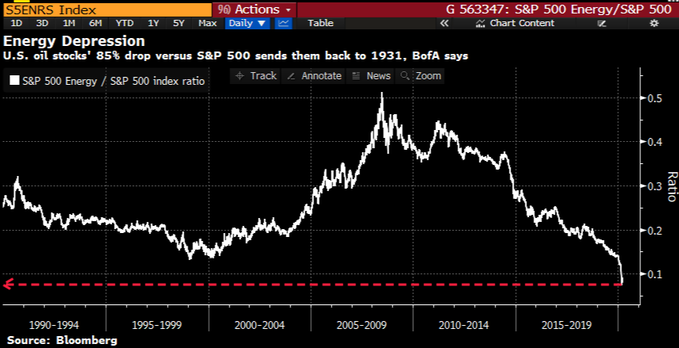 Like the stupid & nearly disastrous military intervention in Yemen, this oil price war is going to backfire on MBS & Saudi Arabia. As Geopolitical Futures wrote on March 27, 2000

But that may be the lesser fight as far as the US economy & the High Yield market is concerned. It seems the bigger fight is being waged by the US Super Major companies against the mid & small companies. As Scott Sheffield of Pioneer Natural Resources said on CNBC of Exxon & other majors ” … they prefer independents to go bankrupt so that they can pick up the scraps .. we need Trump to do something …. “

Now you understand why Mike Wilson said the oil crisis was infecting the credit market. But can President Trump even spare any time to deal with this given the load he is carrying about the CoronaVirus?

At the beginning of 2020, we felt almost certain that the Fed would cut interest rates; we felt quite certain that President Trump would announce a middle tax tax bill with tax cuts & possibly deferring payroll taxes into 2021; we felt there was a reasonable chance that President Trump would announce & run on a major infrastructure program in 2021 & ask voters to return the House to the GOP.

Well, the Fed did cut rates & how! President Trump has already made deferring payroll taxes a priority for 2020. That brings us to our third – a big infrastructure program.

But is there any room left? Listen to President Trump explain how the $2 trillion CoronaVirus Relief Bill could actually be a $6.2 trillion bill.

Of course, we all had heard this positively from Dr. Larry Kudlow & negatively from Mr. Gundlach:

The reality is that this multi-trillion dollar Bill is what it is called – ONLY a relief bill. Don’t take our simpleton view of it. Listen to Jim Millstein, Guggenheim Securities Co-Chair, explain it to Alix Steel & Sonali Basak of BTV.  Ms. Steel asked Mr. Millstein the smart question about the CoronaVirus bill – “Is $2 trillion enough?“

Mr. Millstein’s response was music to our ears:

If we get one, clearly Gundlach’s 30% debt-to-gdp ratio would be left far behind. Because such a stimulative infrastructure program with similar copycat debt driven measures in Europe would raise rates in US & in Europe. Possibly that might lead to an inflationary cycle in America driven by rising blue collar wages & fiscal spending. If so, then possibly the back of the current disinflationary-often-deflationary cycle would be broken. We were not around then but, as we read, the 1945-1950s period was pretty good for wages, growth & stocks.

If so, Mike Wilson’s above call for the end of the bear market & SentimenTraders’s above tweet about a new bull market a la mid-1950s & post-2009 might prove true.

But first things first, this CoronaVirus has to be put away for good.

5. CoronaVirus Cycle from a Jyotish viewpoint

Hardly any one in America knows anything about the enormity of Sanskrut literature or its vast scope. Many might have heard that the four Ved (not Vedas as Brits & BrIndians call them) were the original texts. But associated with the Ved were the six Vedaang or auxiliary texts. 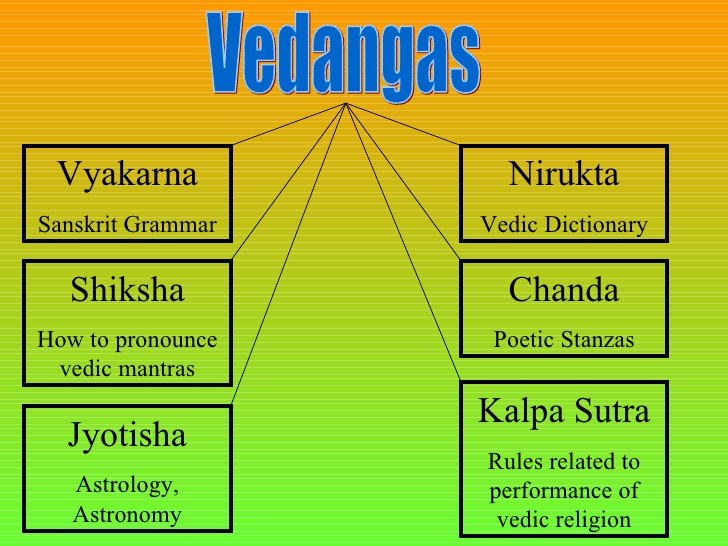 One of the six is Jyotish or Vedic Astrology as it is sometimes called. From what little we know & from what we have experienced, it is a deep system that, under a true expert, can deliver surprisingly true predictions. The trouble is most so-called Astrologers are non-experts or entirely oriented towards making money by predicting what their clients what to hear. But that doesn’t dilute the scope of the system.

With that & without any comment or claim, below is a cycle prediction about the CoronaVirus that has been circulating on WhatsApp. We will all find out whether the predictions come true or not. In the meantime, it might serve to generate a chuckle. 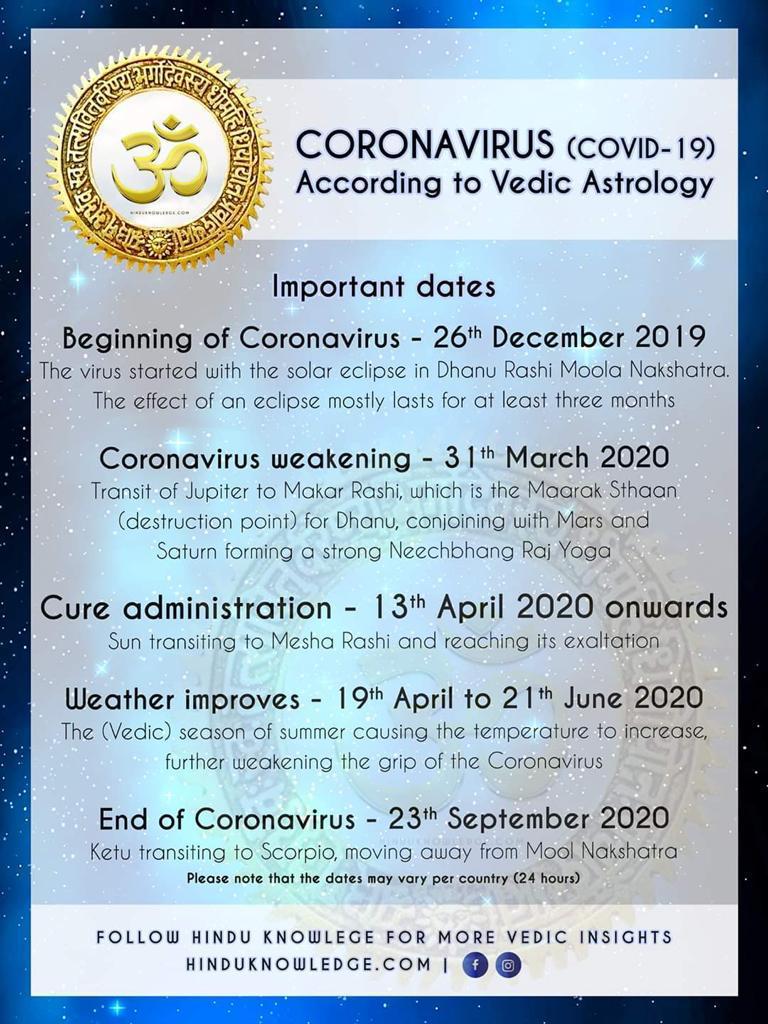