Rarely do we find an article that makes its case so well as the BlackRock article “Wall Street’s believe it or not?” Perhaps we liked it so much because it also fits with how & what we think. So we begin our article this week by providing some excerpts from this article by Rick Rieder, Russ Brownback & Trevor Slaven of Blackrock:

Then they write – “Fortunately, there is sufficient reason to view this growth shock as temporary.” But do they see a brewing right-tail scenario?

Is there a Good marriage here between fiscal & monetary?

And is there also a Great in this outlook? 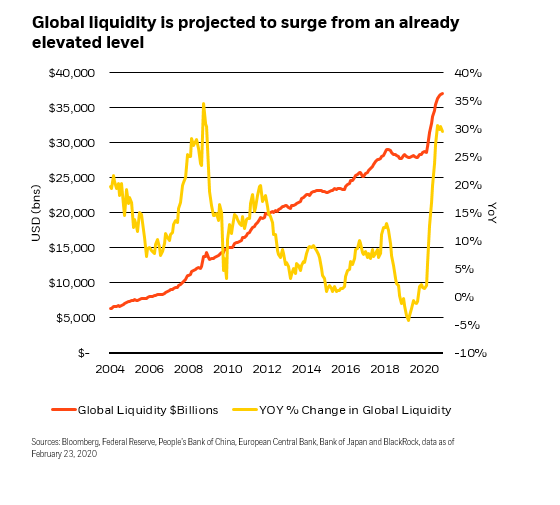 That’s all talk. What about the walk, meaning “portfolio construction & asset allocation” in Maha-Jan (big-shot) lingo?

The above is merely a glimpse into BlackRock’s thinking. Everyone should read the entire article in our opinion. The portfolio construction section is really helpful & interesting especially in laying out a 3,500 target for the S&P and suggesting selling out of the money puts to buy stocks you like at your chosen price at a later date. Very few guests on FinTV suggest this time honored strategy.

But we don’t understand why this BlackRock team used the future tense & a future date (end of Q3) to estimate when the Fed’s balance sheet will reach $6 trillion. Either their machines are wrong or the Bloomberg terminal used by Lisa Abramowitz is wrong:

On the other hand, The Market Ear folks would scoff at both of them, right? 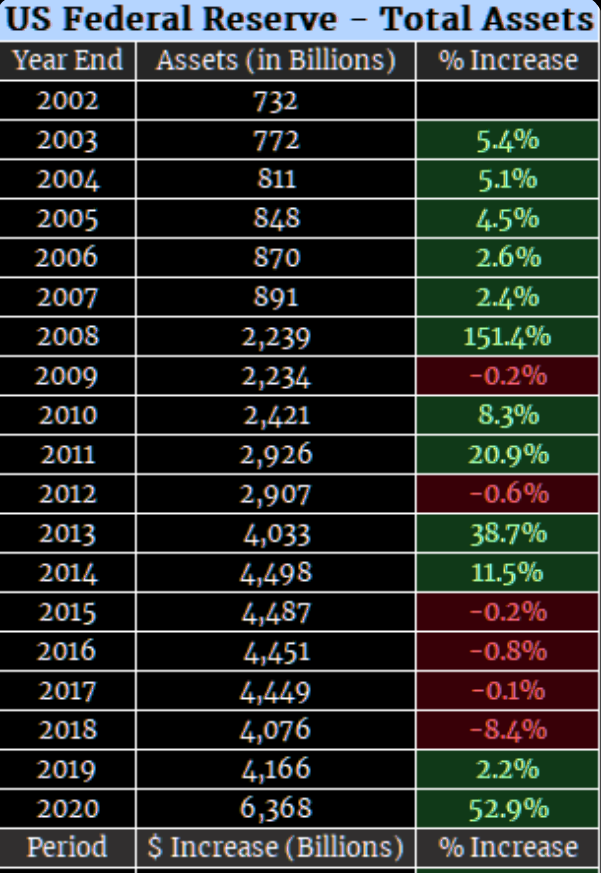 2. Win over CoronaVirus & what Market may look like then?

Four weeks ago, we used the analogy of Pearl Harbor to discuss the unleashing of American power against CoronaVirus. In this week’s article, we extend the analogy to Midway, the battle that turned US Navy into an offensive juggernaut & reduced the Imperial Japan Navy to rearguard defensive action.

Thursday evening was big, in our opinion – First President Trump’s “Opening Up America Again” launch, then the report about Gilead’s Remdesivir drug about a potential cure & third, the Boeing announcement about beginning aircraft production in their Seattle factory.

Whether Thursday proves to be the launch of America on the offense against CoronaVirus or not, Friday’s markets showed how they may behave on victory against the deadly enemy:

Friday was a huge statement against the deep disinflationary or almost deflationary psychology that has taken over. Was it a signal that an early escape from CoronaVirus will lead to a resources & value spike?

Or was it just one day’s squeeze of shorts? 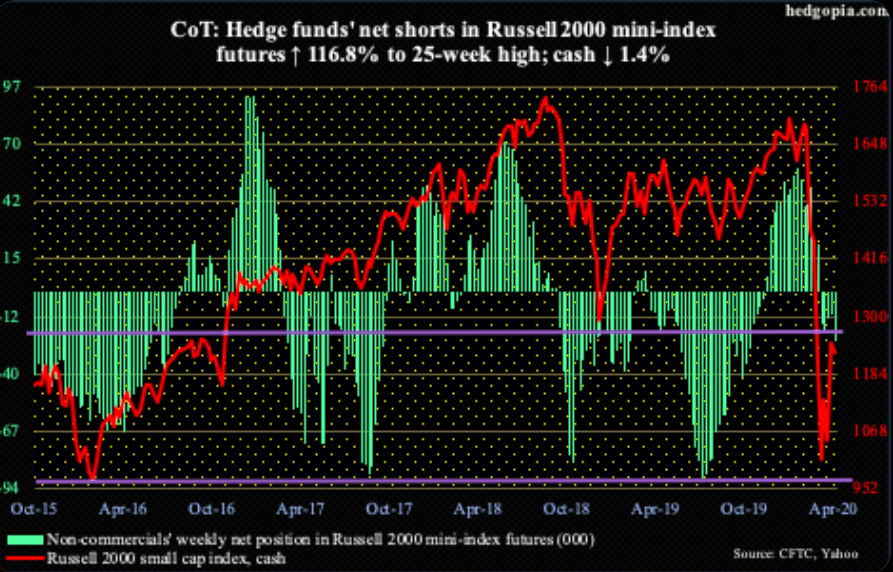 But all this is assuming some others also realize that the worst about CoronaVirus might be behind us. Is there any evidence that at least some feel that way? The MS survey below of 2,000 US consumers 16-75 yrs old conducted on Apr 13-14 reveals interesting findings, courtesy of Market Ear; 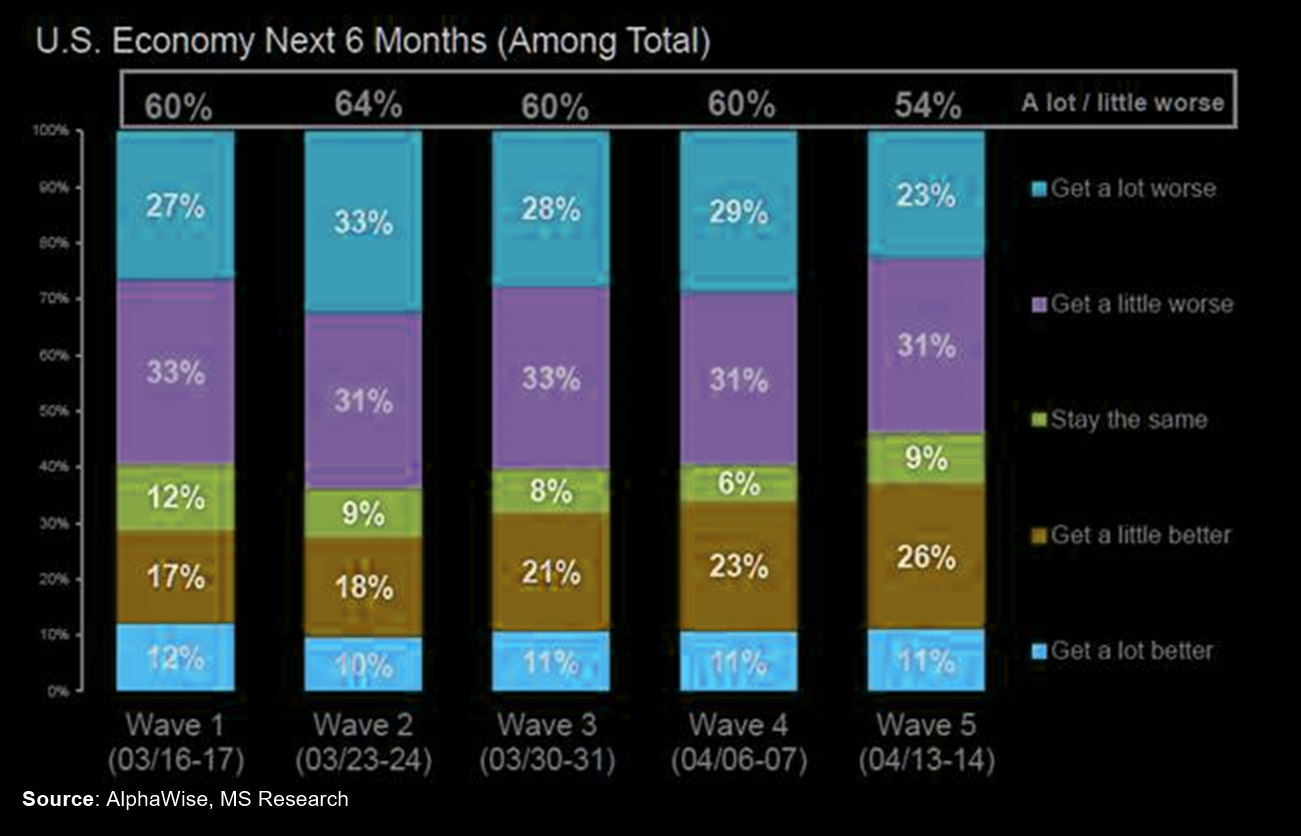 All this plus “Hedge Fund equity beta at 10th percentile” seems to be persuading quants like JPM’s Marko Kolanovic to be bullish & predicting all-time new highs in stocks by early year. And, in his view, “CTAs could go long equities at ~2900, and Vol-targeting funds should increase equity exposure… “.

Last week we featured smart guys who said they were going to fight the Fed by shorting the S&P at 2,800. That worked for one day, Monday. Then S&P rallied to closed up 3% for the week. But it closed at 2875, some 25 handles below the 2900 level above which Kolanovic says CTAs will start buying.

That has not deterred the smart folks we follow. Not even up 3% on S&P and up 7.2% on NDX against their shorts.

This week a number of luminaries re-expressed distrust of this S&P rebound as they have recently including David Rosenberg & Jeff Gundlach. But this week is different in that the guru who has been tweeting long term bullish tweets about the S&P switched this week to warn about downside, and that by using November 2007 & October 2008:

The above followed the previous day’s short term warning: 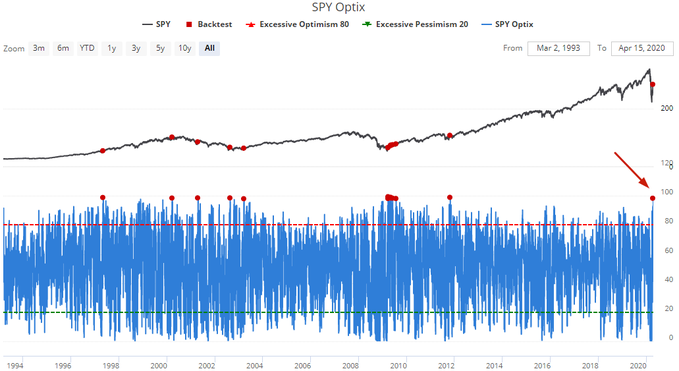 But what about the large shorts in Russell 2000? Well, the situation in S&P is starkly different: 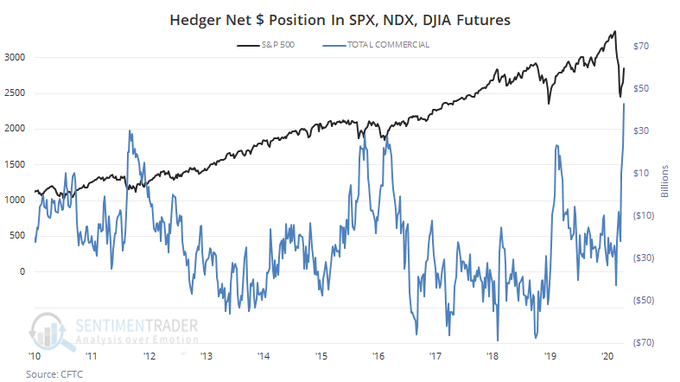 Below is a cross-asset look at S&P at these levels: 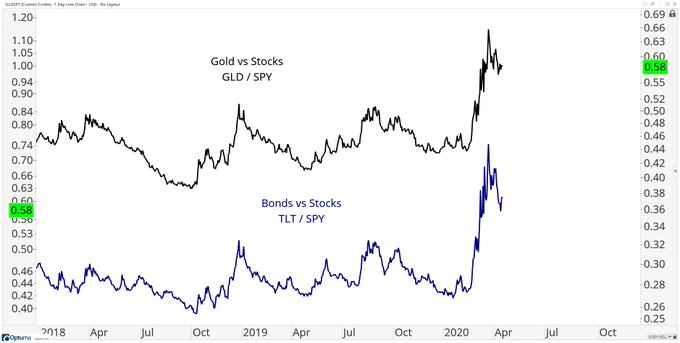 And it might also be sadly consistent with the biggest danger for the world economy. 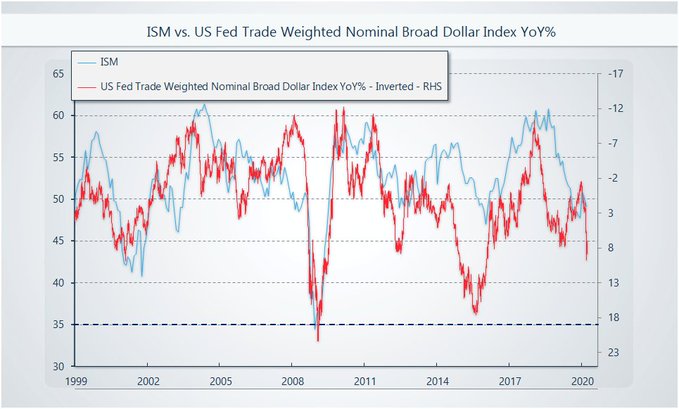