But Santelli is a trader & used to speaking bluntly. That’s not true of economists who love to switch from hand to hand. Then there is David Rosenberg who can be as candid as Santelli & produce numbers at the same time:

What about economic data? Rosenberg said to CNBC’s Sara Eisen,

The stock market may not give us “economic” information as Rosenberg said but terrible economic data can give investors good results said Tom McClellan in his article “Unemployment Is Not “Good”, But It Is Bullish“. He wrote:

We have argued that the biggest beneficiary of the Fed’s balance sheet increase has been & should be the sector that is best positioned to benefit from both the liquidity & the lockdown – the internet social media & cloud sector. Look what happened this week. After a couple of days of fast & steep rotation into beaten down sectors, common sense prevailed at the end of the week: 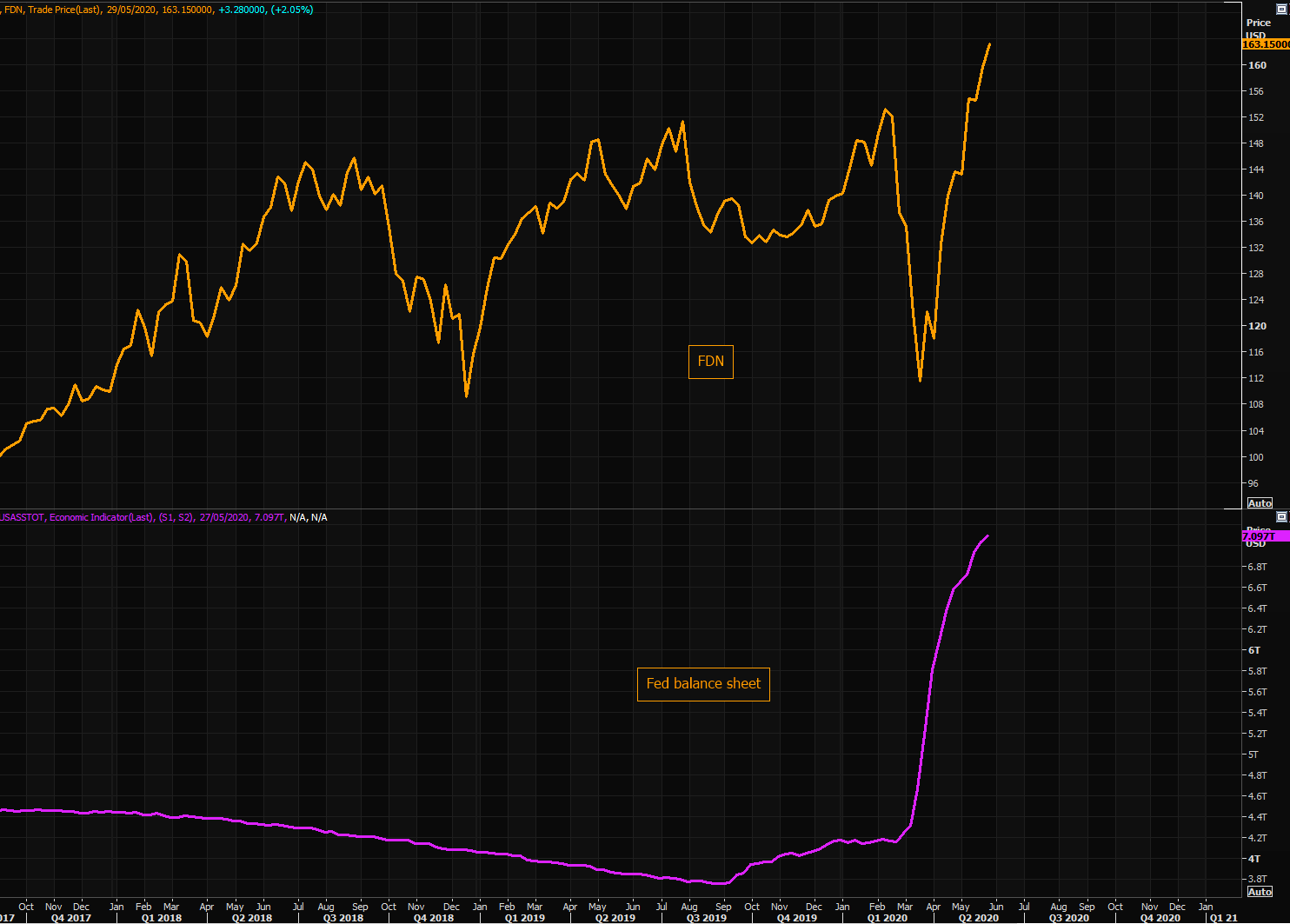 What happened at that time? Why do we ask? Just look at how the week turned around 11:00 am on Wednesday:

The above wasn’t true ONLY for this stock sector:

We have no clue why the turn happened around 11:00 am on Wednesday. But we have been told by both experience & gurus that “why” is a very expensive question & a useless one. It is much better to notice a turn & act while leaving the “why” to smart people. The big question is whether the turn continues next week.

We had described last week as a “perfecter” week. This week was in some respects even more perfect than the previous week but not in other respects. By “other respects’ , we principally mean non-US stocks.

The big move came from European banks, mainly because the of the German-French plan to issue 750 Euro-currency bonds from the EU. Those who like it should thank the German Constitutional Court whose decision forced the EU to get to financial closeness this way.  No wonder the Italian market flew & so did the European Banks. Was that an additional trigger for the big move in US banks?

Our favorite spread indicator of Fed liquidity did very well. Leveraged credit funds like DPG & UTG were up 9% whereas unleveraged HYG, JNK were only up 1.6%.

Now let us see if Ms. Boroden proves correct with her targets & about closing above the 200-day being such a big deal. Will she get a big assist from positioning?

Any negative signals in that report? 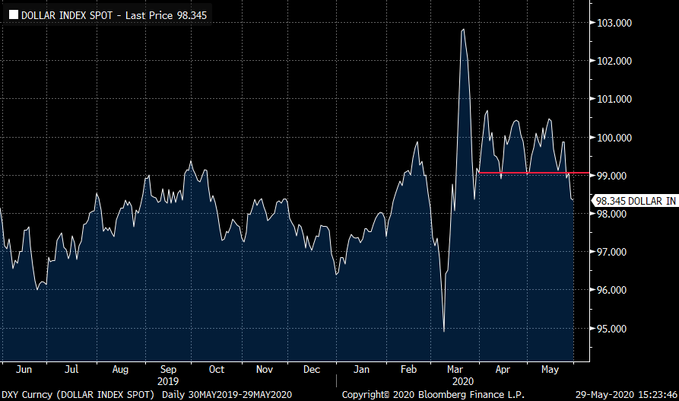 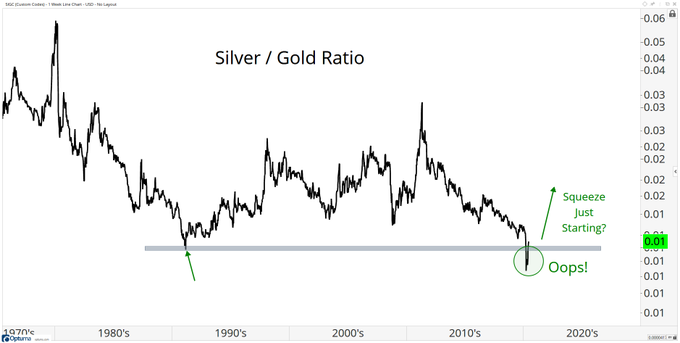 OK, but what about Gold? 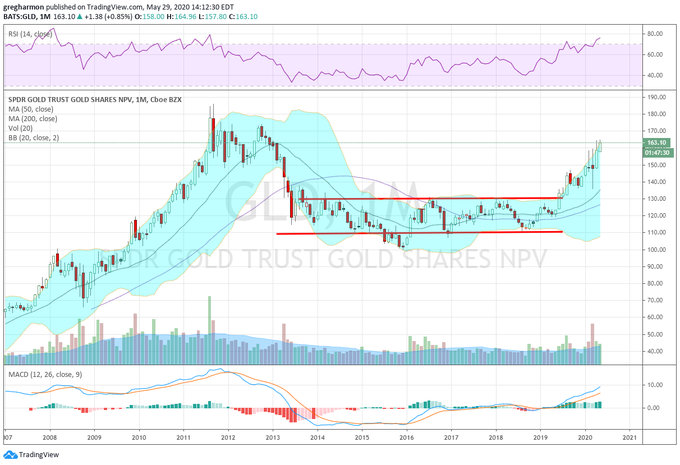 That brings us to Oil. 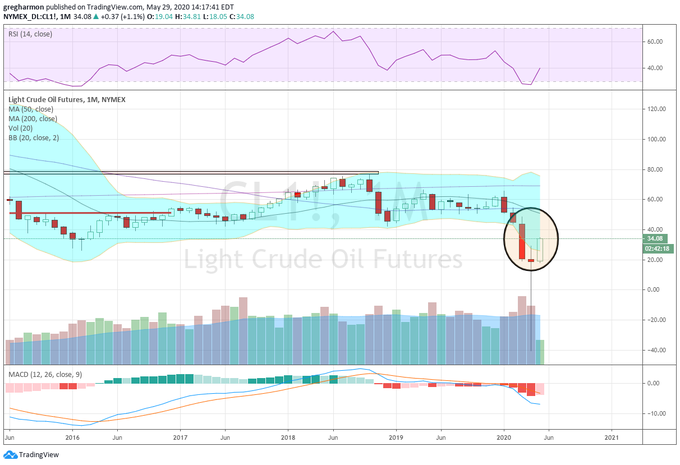 A different career & years ago we were at a conference in Atlanta. At lunch, we heard a mid-level executive at our table speak in anger & pain about all the foreigners who were moving to Atlanta & destroying it.  Then he added, “they come from everywhere, Boston, New York, Chicago“. We also heard from a few close colleagues who said their grandmothers had told them about what Sherman did to Atlanta in his march through Georgia in the Civil War.

We thought about this when we saw “Grant“, a terrific 3-night series this week on the History channel. And yes, we meant Grant & Sherman, when we wrote GS in the title.

Everyone should watch this series in our humble opinion. The coverage is balanced, sensible & poignant. The coverage of how Grant got his chance & how he conquered Chattanooga, Corinth & Vicksburg is superbly detailed.

Specifically, the series points out that Sherman’s march through Georgia was a calculated decision of Grant. It was clear to both him & Sherman that the war would not be over until the people of the South suffer so much that they would not choose war again. This is an unpalatable truth that no one likes to hear but one that every successful victory, at least the final victory in an existential war, demands.

The sheer will & determination of Lincoln, Grant & the people of the North remind us of another decision, a catastrophic decision, that doomed over 1.7 billion people to a perpetual state of war amid poverty & misery. As Rafiq Zakaria, an associate of Mahatma Gandhi, wrote in 2001:

Look at the result. The breakaway state of Na-Pakistan remains a failed state in every way except its arsenal of nuclear weapons. Instead of the real & united India proceeding on the route of economic development, the two states remain in near-war like status.

Nehru, as Zakaria tells us, had a bust of Lincoln on his desk. But he never learned from Lincoln & when time came to exercise will, he chose surrender to the breakaway faction.

Finally, as the series shows us, Lincoln was not enough. He needed Grant to win the war decisively & before his re-election. Grant did, Lincoln won & no entity has ever tried to leave the Union again.

*PS – The book we refer to is The Man who Divided India by Dr. Rafiq Zakaria, a distinguished son of India. Those who read this article might know him better as the father of CNN’s Fareed Zakaria.