It has begun. A friend described the below as “lethal”.

This clip shows the theme of the attack we will see over the next 6 months. Smart because Gallup shows 67% unfavorable rating for China among Americans.  But such an attack would not have much impact on China without real actions, right? And we saw the first one today. Hear the explanation by T.J.Rodgers, founder of Cypress Semiconductor:

According to Mr. Rodgers, the USA has issued an edict:

What could be just as bad? A shortage of Dollars. 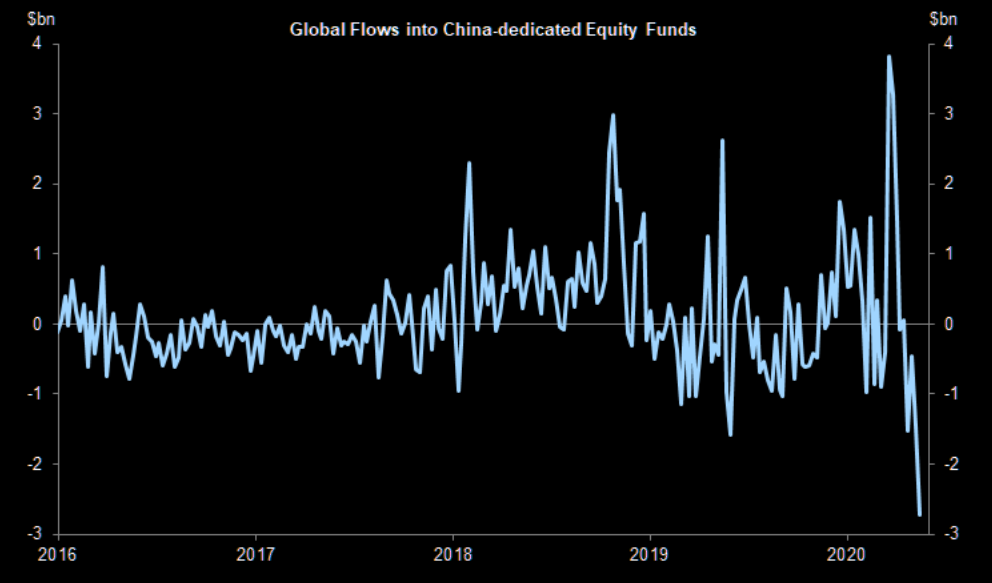 We recognize that this China-Huawei stuff is not positive for semiconductors as those stocks demonstrated on Friday. But the anti-China rhetoric may actually end up being a positive for the broader indices. We think the market’s rally does assume President Trump will be reelected. And a successful anti-China message could increase his reelection chances & thus be bullish.This may a dumb overreach but, as we know, the entire rally could be a bigger overreach.

When asked whether he would vote for President Trump, Mr. Peltz said “right now for sure I am“.

That is fine but you know what could be an even more powerful bullish signal? Capitulation of Trump bears. And wasn’t Signor Yglesias was a determined bear on Trump?

Right now even babies in their mothers’ wombs know that sentiment towards tech stocks is el nutso. So the air on FinTV is thick with predictions of carnage if not outright doom. But no one asked the BIG question – is this a bull market or a bear market? What difference would that make, you ask? 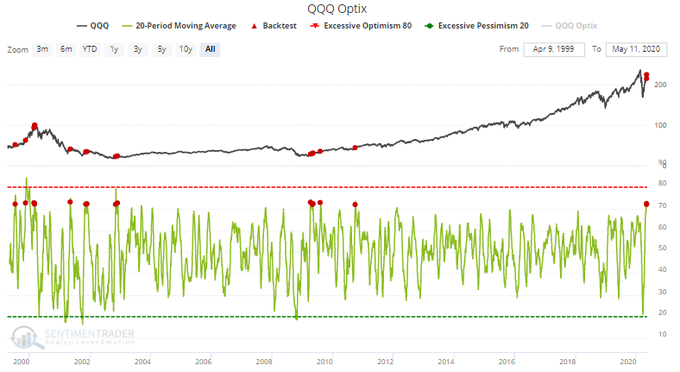 So belief is the paramount variable it seems, even more so than in religion.

We don’t know whether this turns out to be a bull or a bear. But no one can deny that we have seen three 2-3 day consolidations during the last four weeks. Does that imply that this is a bull market? Not only does Mike Wilson of Morgan Stanley thinks so, but he said on BTV that we have “at least 12-18 months of runway before we worry about that relapse“. He added that “we can get recovery in US back to where we were by Q4 2021“.

If you think that is nuts, you would term what he added as blasphemy. In a week full of legends describing this market as way overvalued, Mr. Wilson said “… I could argue that the market is cheaper today than it was in December & January .. “.

Who is perhaps as optimistic as Mr. Wilson? 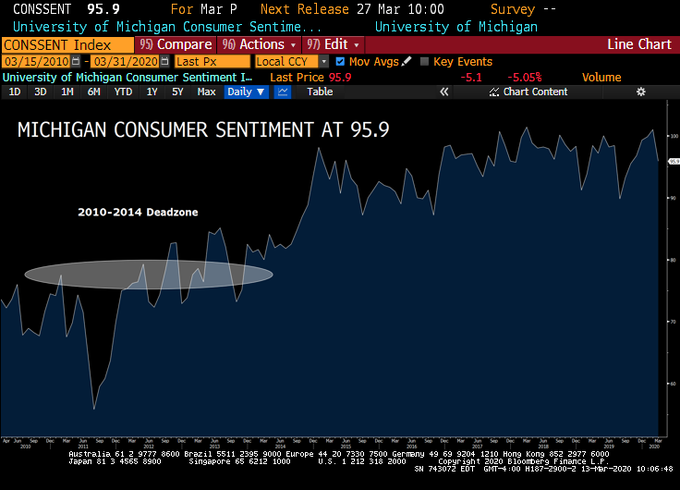 Think of how 2001 would have closed but for 9/11. The decline that began in October 2000 had run its course & perhaps so had the economic slowdown. It was the huge shock of 9/11 that led to the bear market of 2002. Remember that was a corporate recession; the consumer was OK & unleveraged at that time.

That is the case now, said Mike Wilson this week:

Mr. Wilson also said focus on quality. What is another term for quality? 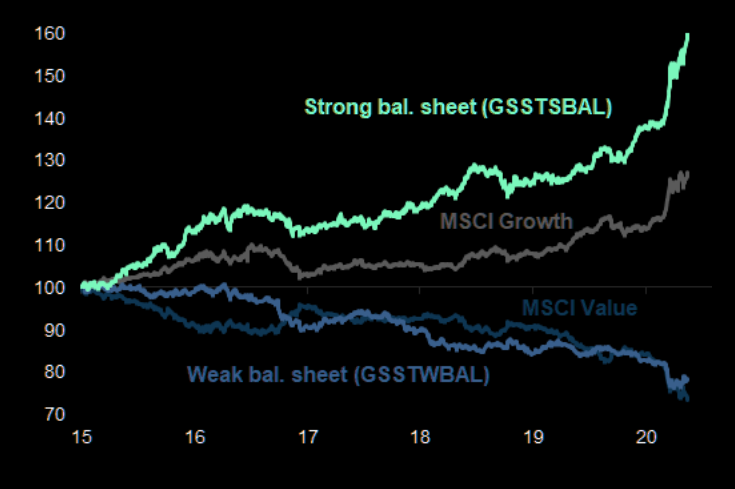 We had described the May 2 – May 8 week as “perfect”.  This past week was not merely imperfect but actually anti-perfect. It was very similar to the week that ended on May 1, especially the last two days & two hours of that week. Remember what happened then?

What happened this past week?

Why the eerie similarity? What was common to both these weeks 4/25-5/1 and 5/9-5/15? Fed Chairman Powell spoke during both these weeks. He put the kabash on stocks & risk markets. Why?

Our guess is that he is still worried about the U.S. Economy but he is really upset about the huge stock rally. He would love a 10% correction in stocks so that he can add more liquidity without fear of being accused of creating another bubble.

One difference between the two Powell weeks? This week Treasury yields fell hard wiping out last week’s rise in rates. And the yield curve flattened:

Wait. What about all those who say inflation is nigh? Per Market Ear, 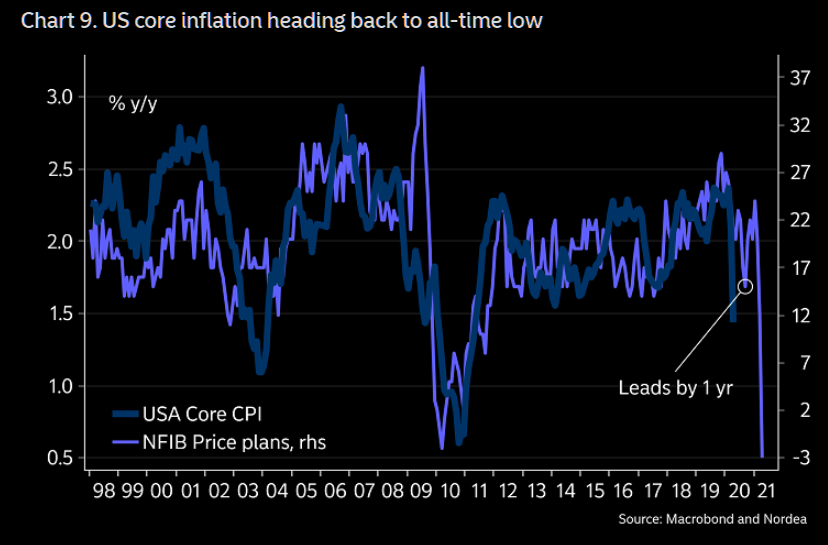