Then the futures were down by 1,000 points early early morning on this past Monday. Guess the patience wore thin at the Fed. Is that why the Fed announced on Monday afternoon they were going to start buying high yield bonds, not ETFs, but actual credit of some companies?. That was a big deal and the markets promptly began moving up.

We saw the reverse action on Tuesday morning with futures up almost 1,000 points before Tuesday’s open. Stories came out about a Trillion Dollar Infrastructure program to be announced by President Trump and a story broke about an over-the-counter steroid proving effective in preventing deaths of seriously ill CoronaVirus patients. Add these to Monday’s Fed announcement & you can see why futures exploded on Tuesday morning.

But, unlike during prior mega-positive news days, stock indices did not keep going after the morning rally levels. Does that mean the stock market rally is over, resting or simply consolidating before another move up? Carter Worth, the resident technician at CNBC Options Action, simply said “the market is in a no-man’s land“.

On the other hand, Morgan Stanley’s Mike Wilson was clear and said “when risk premium appears, you have to grab it“. And his actually raised his base case year-end S&P target from 3,000 to 3,350. His 8-minute long discussion with BTV’s Jonathan Ferro & Tom Keene is worth watching:

Where is the bubble?

Do you really have to ask? Haven’t you heard that Credit leads stocks?

Another pandit preferred to use the fancy “correlation” term: 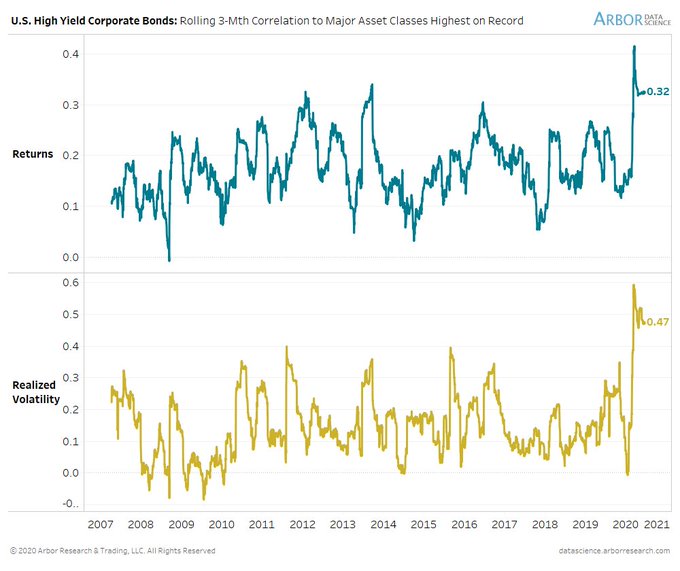 In case you are tempted to short credit, you may want to read what BAML’s Michael Hartnett wrote this week (courtesy of The Market Ear):

Where could the ammunition come from, you ask? One place is where there might be a real bubble:

In case you are wondering what the Fed is doing to the money supply? 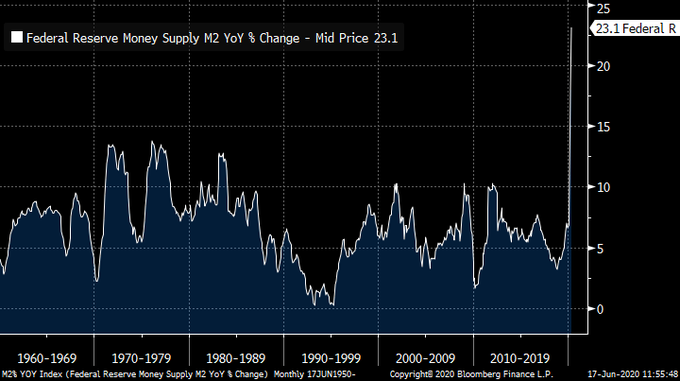 So Treasury rates should be racing upwards, right? Actually yields along the entire curve fell a bit this week. Heck, you can’t even get the 5-year Treasury to yield 40 bps. It looks as if it might drop to 30 bps or even below that.

Then why is the stock market up? Mike Wilson said on BTV that the rate of change will remain up this year. Richard Bernstein put it another way: 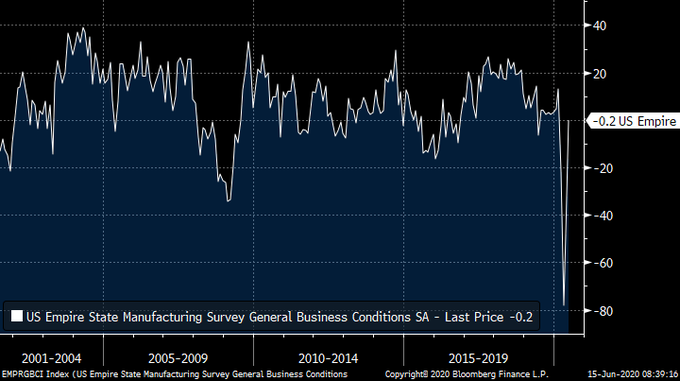 Then he repeated the absolute vs. relative mantra on Friday morning about Leading Indicators. And this is a man who thinks the what the Fed is doing is dangerous:

But what about the relentless rally in the Nasdaq that is driving ahead of the broader indices? Aswath Daa-Mo-Daran of NYU explained on CNBC on Friday. He pointed out that, unlike in other recessionary markets, Risk capital, Public & Private, has not gone away; they perceive that there are companies that are still doing well and are likely to do even better next year:

*Editor’s PS – Those who wonder why India keeps getting slapped around by China should also wonder why smart “Hindus” like Prof. Daa-mo-daran allow their sacrosanct names to be mispronounced by US Fin TV anchors. It is the same attitude, an attitude that is diametrically opposite to “Don’t Tread on me” attitude of many others. 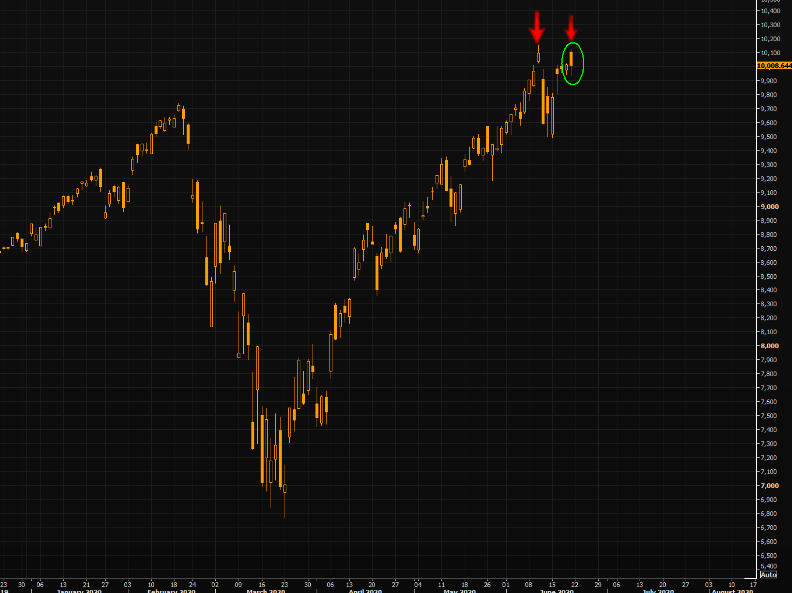