By “it”, we mean the biggest variable today:

We think the astute Mr. Bianco may have something here. The flip side is that Northern US might see a surge of cases again from Nov-Dec to April 2021. We may have a treatment that reduces deaths but we still don’t have a vaccine.

On the other hand, if economic data keeps improving as it did this week, then would a surge in Northern USA be as awful & matter as much for economy & markets as the surge in March 2020?

We are delighted to see that Fed Chair Powell woke up from what we had described last week as his “siesta” and acted as the market whisperer to the Congress. Remember our favorite indicator of Fed’s liquidity getting assimilated? HYG & JNK, the unleveraged high yield ETFs rallied by about 90 bps on the week but the leveraged closed-end fund DPG exploded up by 7.3%.

And why shouldn’t they be up? The data was just awesome.

If that was not enough, the NonFarm payroll number blew people away with 4.8 million jobs added vs. 3 million expected and the unemployment rate fell to 11.1% vs. 12.3% expected.

There are smart guys & there are big guys (used obviously in a gender-neutral sense consistent with 31 recognized genders in NYC). But just a few are both. What did one of them say about the NFP number?

Does this mean there is more cash in consumer pockets? 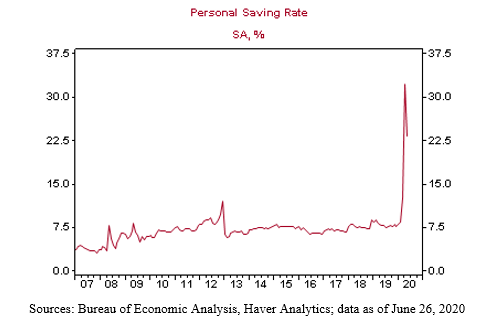 That brings up an important question – why didn’t the dog bark? Remember that the 2-5 year Treasury curve closed at new all-time low yields on Friday, June 26. So with the terrific manufacturing & employment data this week and realization of Fed’s liquidity into credit, Treasury yields should have rallied hard, right? 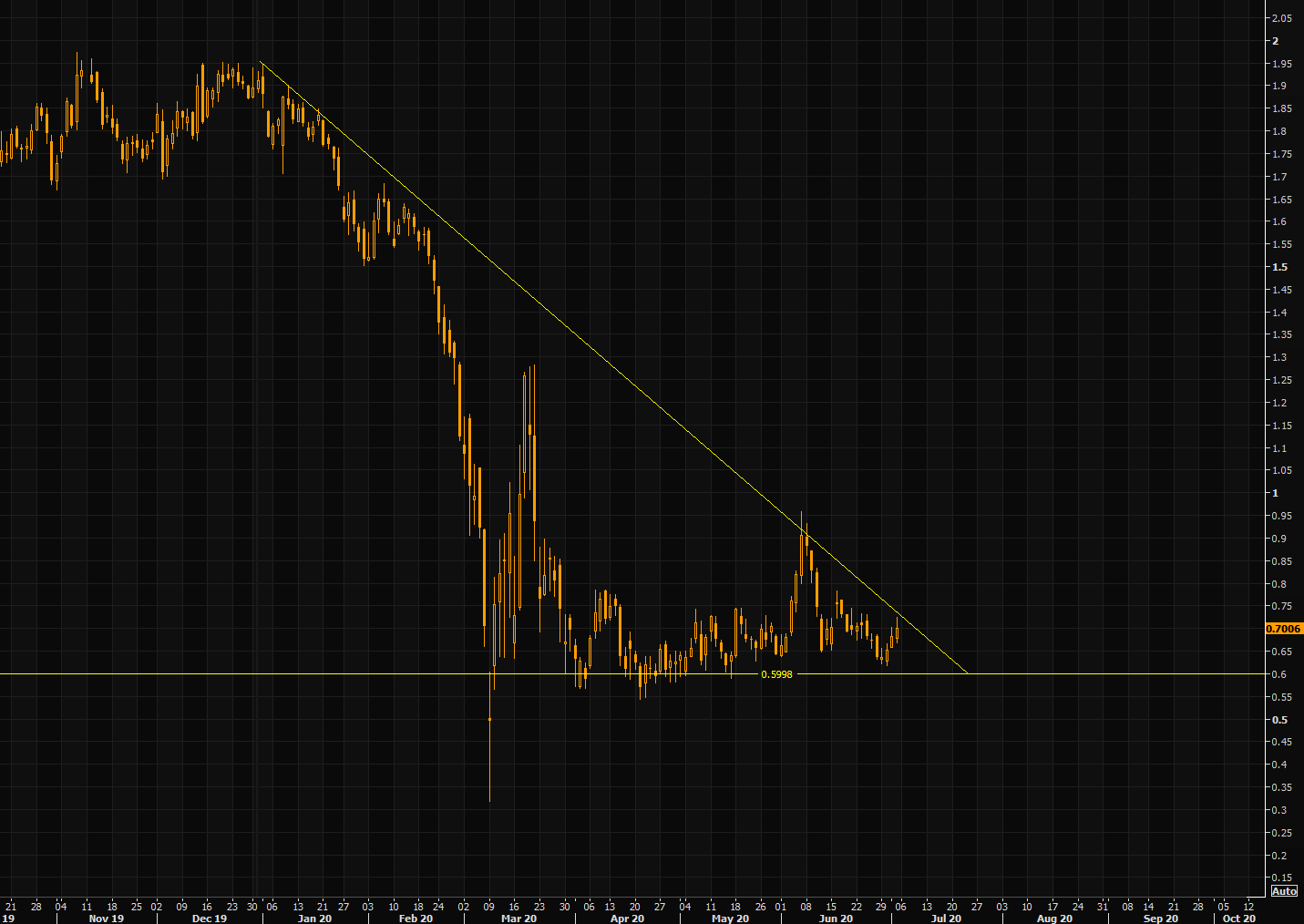 This seems to be the big big issue according to smart guys in the stock market.

Kudos to @Sentimentrader for a prescient tweet last Friday:

Those who bought last Friday or even on Monday did very well. This week Marko Kolanovic of JPMorgan raised his year-end target to 3,400 and his overshoot target is now 3600-3700.

Watch the clip below:

Ok, but does Nomura concur? Via Market Ear: 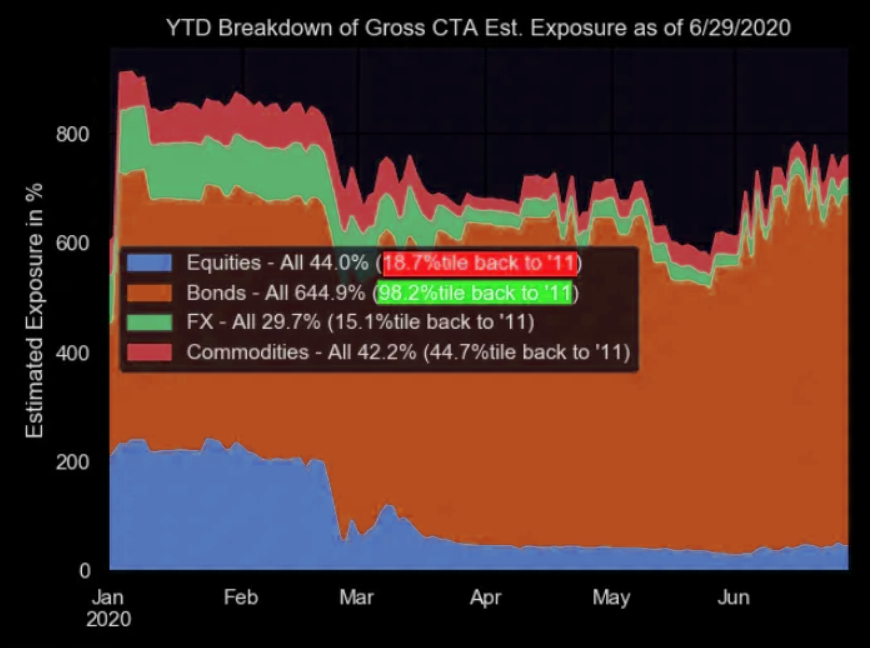 What level should be watched on the S&P? The levels for BAML’s Michael Hartnett are reportedly 3250 & 2950. What about Lawrence McMillan of Option Strategist ?

Remember the terrific call by Caroline Boroden as relayed by Jim Cramer on May 19, 2020?

She was absolutely right about the NDX which closed at 10,342, a new high this week, well above her 9660 target. She was also correct about the importance of the 200-day moving average for S&P. Breaking above that did lead to a big rally in the S&P.

So what is she saying now? As Jim Cramer reported, 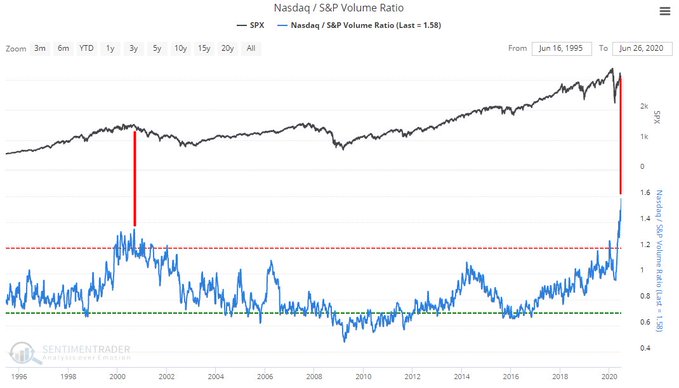 Absolutely true, but then as the to-be immortal phrase said – “The Hard Part About Playing Chicken is Knowing When to Flinch“

Is this a “you vs. me” or is it a matter of time frames?  The title of this section comes from Jeff Kilburg who said his trade is to Sell September futures in Silver at 18.30 with a target of 18.00. Also this week, Carter Worth highlighted Silver (SLV) as a buy because of a bearish to bullish conversion in the SLV chart.

A lot of smart guy trade silver. We are simple folks & we find Gold Miners & GLD to be simpler trades. Both GDX & GDXJ were up 3-4% this week. 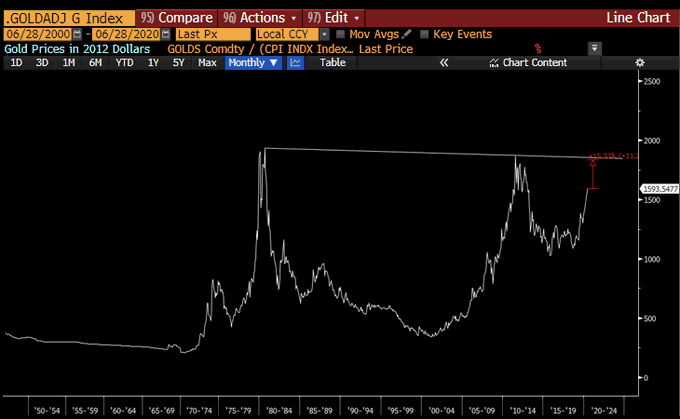 During the past few weeks, you have heard a lot about Ladakh & the one Indian road to the Karakorum pass connecting Chinese occupied Xinjiang to Napak-occupied Kashmir. Here is what this road looks like from way top. Can you imagine walking on it let alone fighting on it? 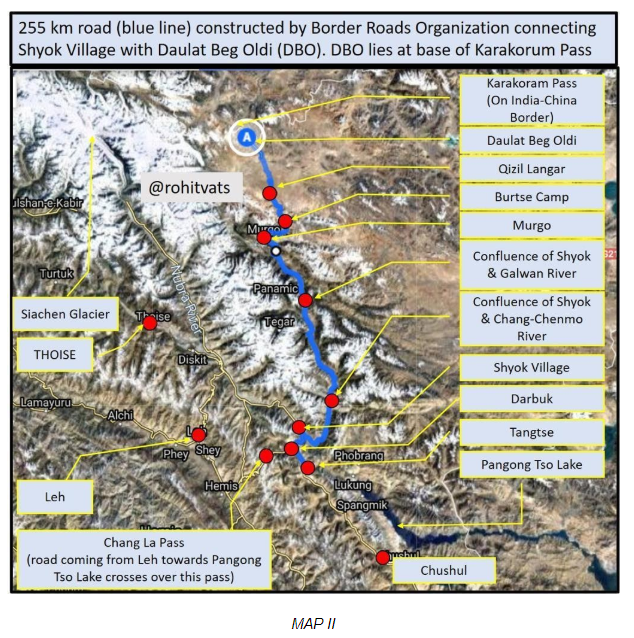 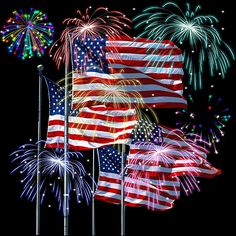 We don’t know whether the big bird below is an eagle or an osprey, but both are symbols of the U.S. Air Force. Given that, isn’t the action below on June 30, 2020 in South Carolina a perfect clip for the 4th of July weekend?