August is an important month in India already with the Independence Day on August 15. Today’s India became physically independent on August 15, 1947. But it remained mentally servile to the British ethos. A series of Prime Ministers who remained afraid of & subservient to the British & Western ethos stunted both the mental growth & material growth of India for over 65 years. It simply had to end.

We first proclaimed the 2014 election of Narendra Modi as the Mental Independence Day of today’s India. That did not happen easily given the deep rooted & powerful, foreign backed forces in India. It took his second & blow out victory in 2019 to get the momentum rolling for India’s Mental Independence.

Today we can all see that August 5, 2020 is the breakout day in the journey to regain the Full Mental Independence of India for now, for this century & for the eternal future. And that is because today’s India remembered, celebrated & devotionally embraced the eternal & all-encompassing symbol of India & Indian Ethos.

That symbol is Bhag-Vaan* Sri Ram, the Avatar* of God on earth. He united the entire country from the Himalayan mountains all the way through the center of India to Sri Lanka via the sacred tri-ocean sangam (meeting) at the southern tip of India.

And on August 5, 2020, Prime Minister Narendra Modi with the able help of Chief Minister Yogi Aditya-Nath of Uttar Pradesh united not just India but the entire world that understands & appreciates Indian Ethos. They did so by laying the foundation stone of a new Ram Mandir at the site of Sri Ram’s birthplace in the city of Ayodhya, the ancient city founded by Manu, his ancestor. 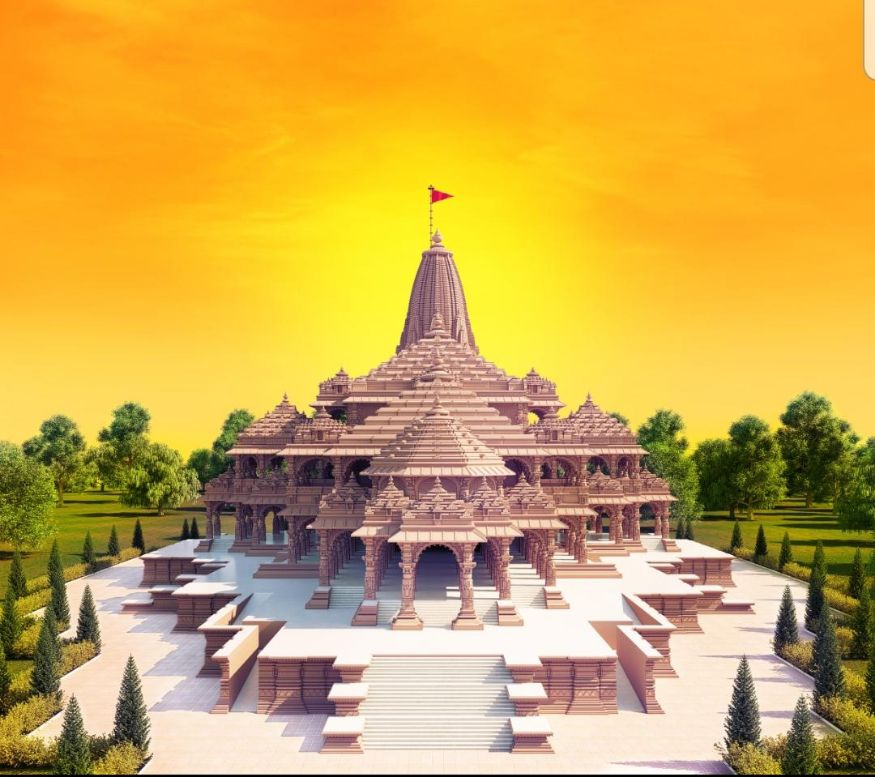 Any one who knows post-1947 Indian history knows this did not come easy. And it only happened because Indians, the people of India, were finally ready for this spiritual & mental resurgence. Every region in India, every community of Indian Ethos sent sacred soil from their areas to be included in the Foundation Stone of the Ram Temple including the sacred soil from Shaarada Peeth- the ancient & now destroyed temple located in today’s Na-Pakistan just outside the Line of Control.

The foundation stone ceremony was watched by all in India and by so many around the world including under the huge digital image of Ram Mandir in New York’s Times Square.

With the Ram Mandir will come glorious days for the ancient city of Ayodhya, a city that is already renovating under the passionate efforts of Chief Minister Yogi Aditya-Nath. Look how he decorates the Sacred Ram Ghat of the Sarayu river at night, the river into which Sri Ram entered to finally leave his earthly tenure to merge with the Eternal Brahman. 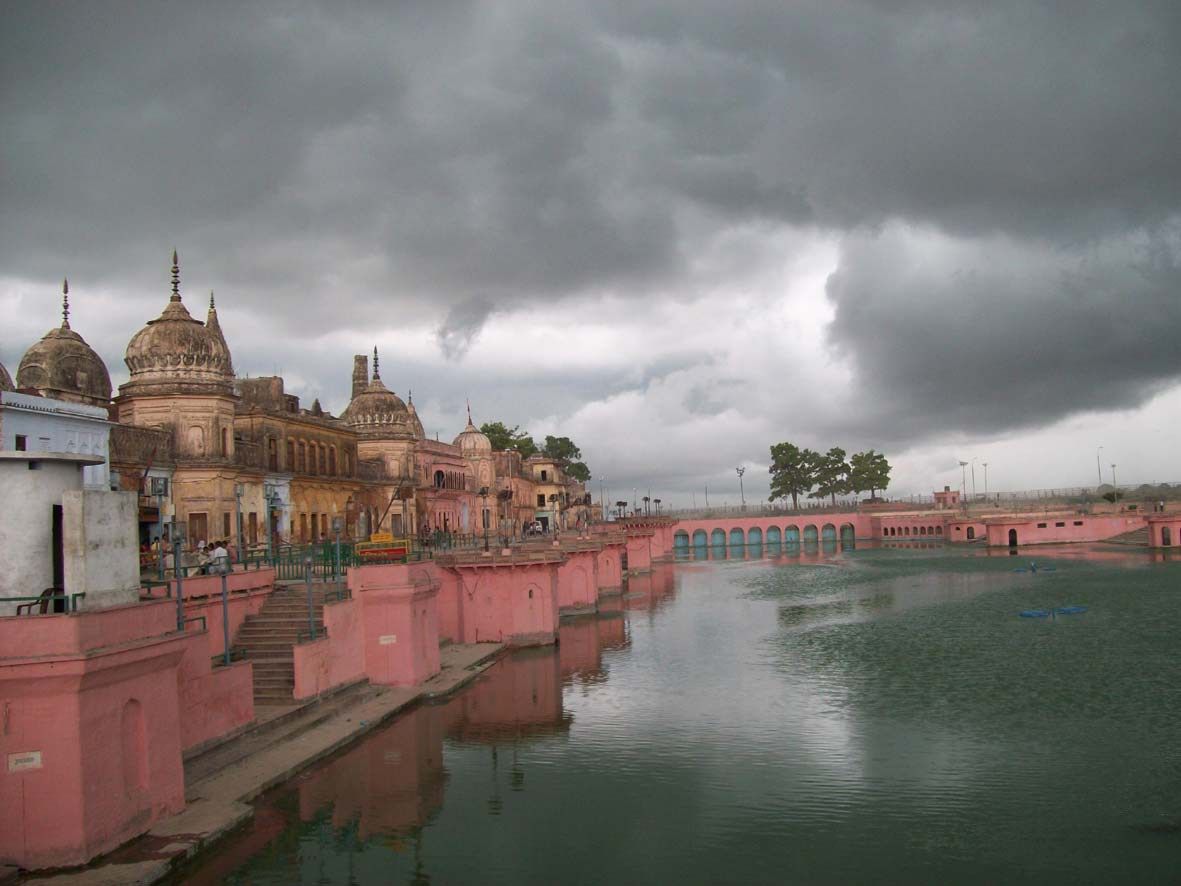 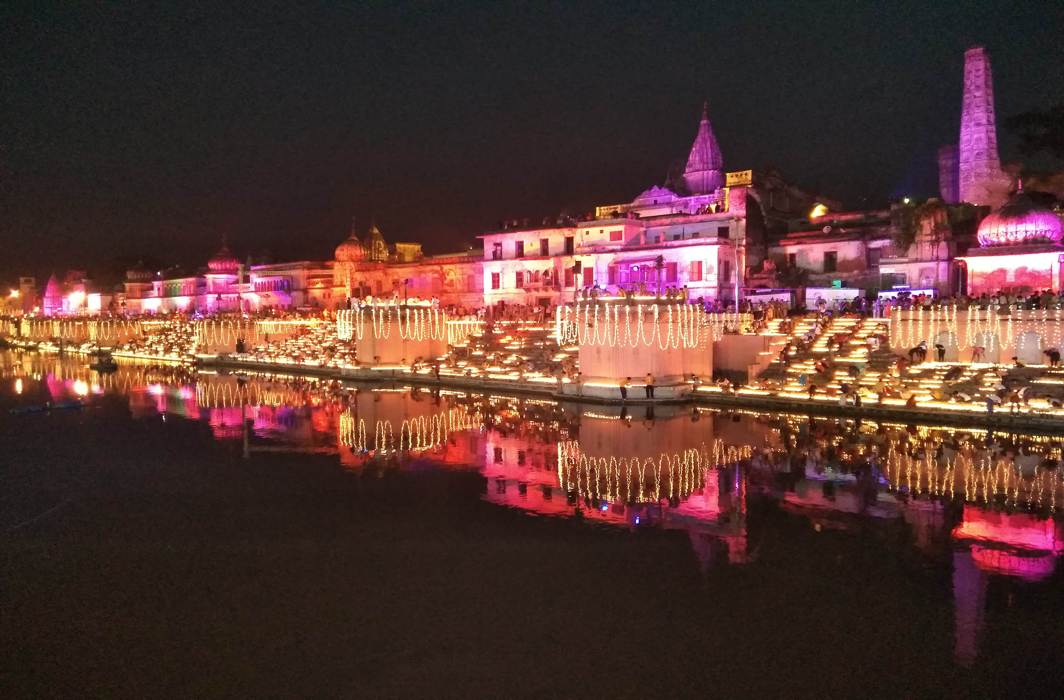 The story of Sri Ram is so embedded into the souls & psyche of Indians that the most successful artists & poets consider their greatest blessing to be chosen to tell the story of Sri Ram. In the 1970s, Door-Darshan,. India’s Government TV channel, chose Mr. Ramanand Sagar to make a serial on Ramayan, the story of Sri Ram. He was overcome & said he felt blessed by God in getting this mandate. The Serial he made simple & real to the core. Roads & streets all over India went desolate on Sunday mornings as virtually all of India stayed inside to watch the serial.

As his magnum opus, G.D.Malgulkar, the great poet from Maharashtra, wrote Geet-Ramayan, or Ramayan via poems. It took then entire Marathi-speaking world by devotional storm. Below is his first song. It sings about the near-end when the twin sons of Sri Ram, Luv & Kush, appear before Sri Ram as humble students to sing to him his own story. It is an exquisite poem that we have heard & loved all our life.

There is so much to write about what the Ram Mandir will mean to all Indians, to India & to Uttar Pradesh. But all such material discussions we postpone to another day. Today is entire a day to be humbly happy & devotionally content.

So we end with the ancient Stotra written in praise of Sri Ram.