Complexity Theory is a cute & smart theory to explain the behavior of highly complex systems like Climate or Financial Markets. It tries to explain why an extra straw can finally break a camel’s back or some flakes of snow can finally bring about an avalanche. The avalanche, a nuclear reaction going out of control, a hurricane are all described as “Phase Transitions” or rapid extreme changes that take place when a complex system changes its state.

The important thing to understand is that Phase Transitions can begin from small causes and cause catastrophic effects. The key is not the size of the trigger but the state of the complex system at that time. And the state in which a complex system is poised for a phase transition is called a “critical state“.

The real problem with Complexity Theory is that no one has been able to build the Mathematics for it. That is why we can describe it afterwards but hardly ever manage to forecast it.

Everyone knew that what was going on single-stock options in Nasdaq stocks was nuts. And we saw it getting into the critical state after the first two rocking days of September. This entire century has seen the first two trading days of a month act bullish especially after a terrific prior month. Previously it used to be attributed to new money coming into 401 plans at the beginning of the month. Everyone understood for years that the stock market was expected to give back a little from the 3rd day onwards.

Same thing happened this past week but on a “catastrophic” scale just as Complexity Theory suggests. And, since the relationship between catastrophe risk and scale is exponential, the scale of the damage to big Nasdaq stocks was much much higher than say to Bank stocks.

The good news is that catastrophe is limited like an avalanche, a hurricane. If that proves true this time, then the steep fall in Nasdaq will soon be done. Even if the Nasdaq price declines continue, the intensity will keep getting lower. Just look at how volatility traded on Friday afternoon. Does that mean selling volatility on Monday would prove a good idea, at least on non-Nasdaq stocks? We leave that to smarter folks than us.

Remember the inverse-like relationship between VIX & the big underlying force in the markets? Look what we saw on Thursday: 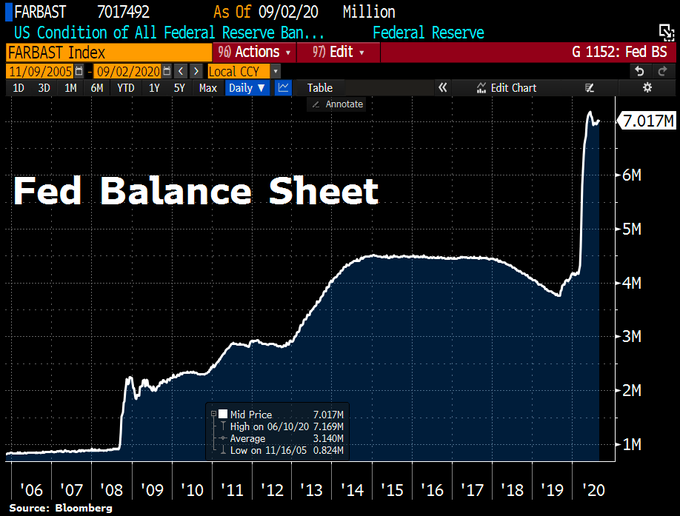 For those who wonder how gored the “whale” is:

Complexity Theory also tells us that catastrophe cannot be bigger than the system in which it occurs. Does that mean the huge 2-day decline in Nasdaq will be limited to Nasdaq stocks? Those who feel that way should look at the article And Then Financials Began Outperforming In September 2020 by J.C. Parets: 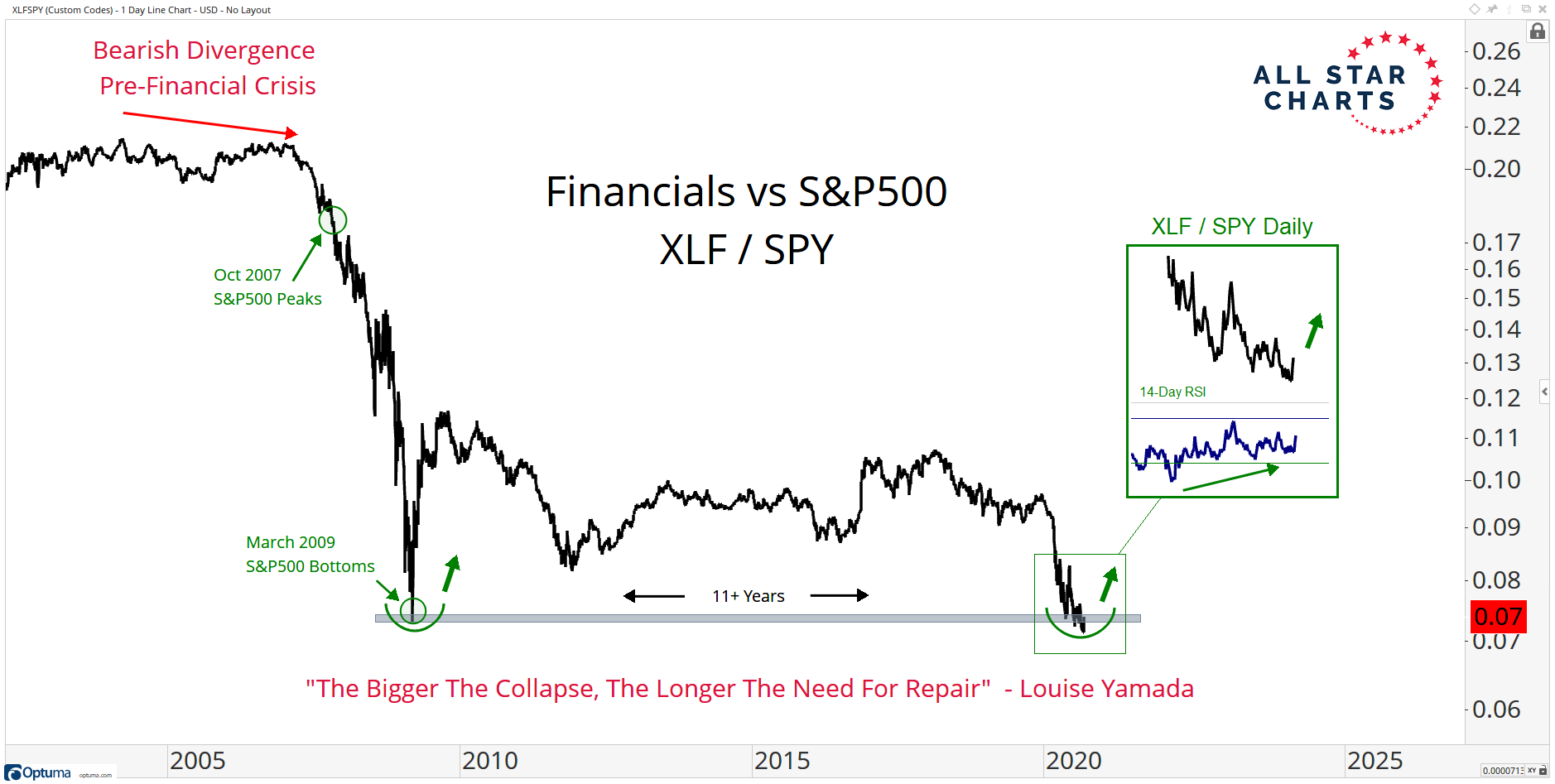 And for those who think XLF is too broad,  Parets points out, 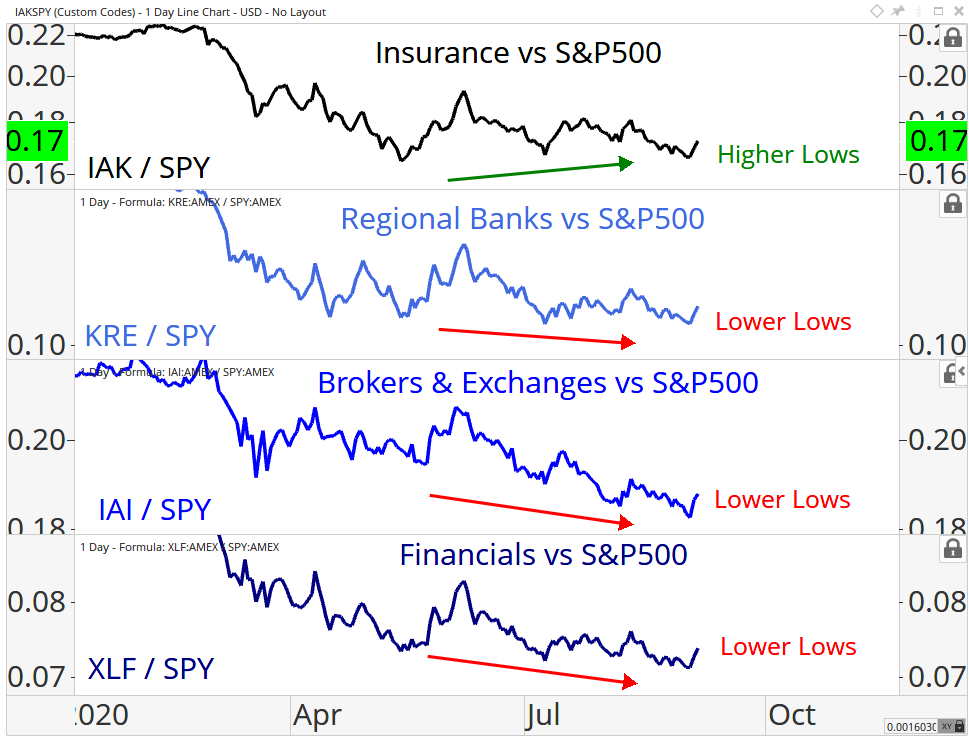 Last week Rich Bernstein said that  “anytime you see NDX up like this & Russell 2000 down, you have to be pessimistic about the economy“. He wondered “whether the liquidity will make it into the real economy” and added that “the transmission process from monetary policy to the real economy has broken down“.

That led us to label the Nasdaq/Tech stocks indicators of the 1st economy and Russell 2000 the indicator of the 2rd economy, the economy of small business that is hurting badly for lack of stimulus.

We also found out last week from Lakshman Achuthan that the 3rd economy, the industrial economy, is really firing on all cylinders. That once again led us to wonder about the health of the 2nd economy & the jobs market, its leading indicator. Then we got the Non Farm Payroll number on Friday;

Rick Rieder of BlackRock described the number as “jawdropping” said he was “impressed to say the least” on BTV. 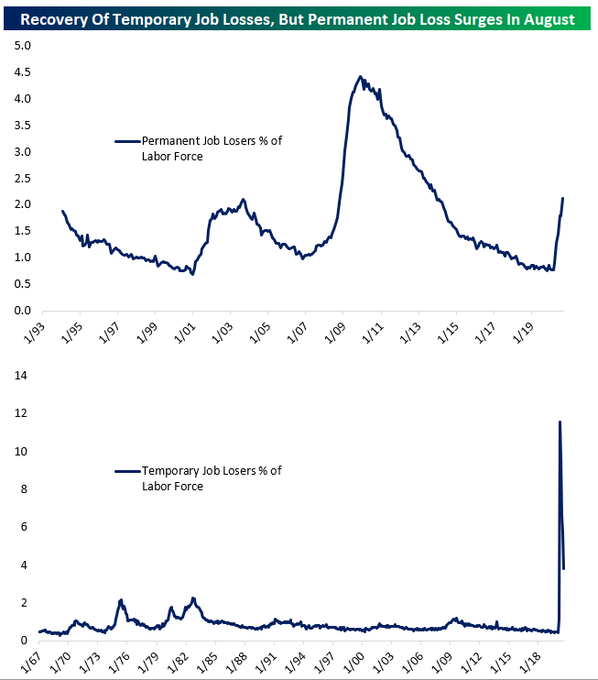 What is the story about earnings? 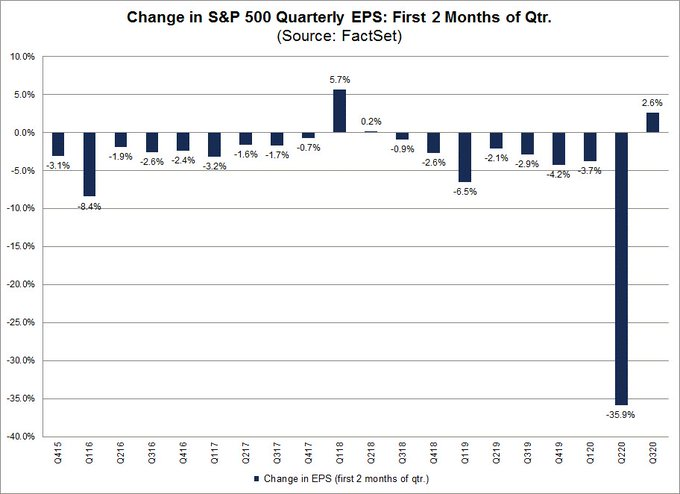 That fits with Morgan Stanley’s Mike Wilson who pronounced himself on CNBC as “very constructive” for the next 12 months based on operating earnings leverage he sees in 2021.

Wilson also said that “rates can be up significantly on growth outlook” in 2021. His one-line call is “next year is going to be a pretty good year for the economy & earnings“.

Mike Wilson also spoke about the positive message from materials & high-growth commodities. But Tom McClellan sees an opposite message in the COT Report Data on Copper.

He also sees the same message in the inventory on the London Metals Exchange: 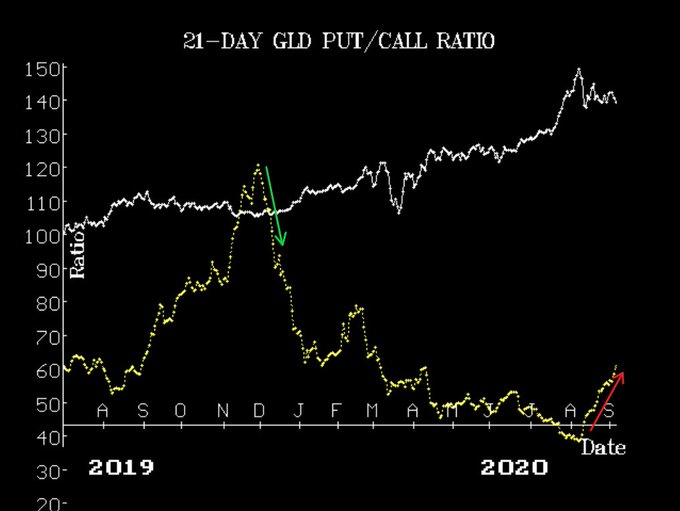 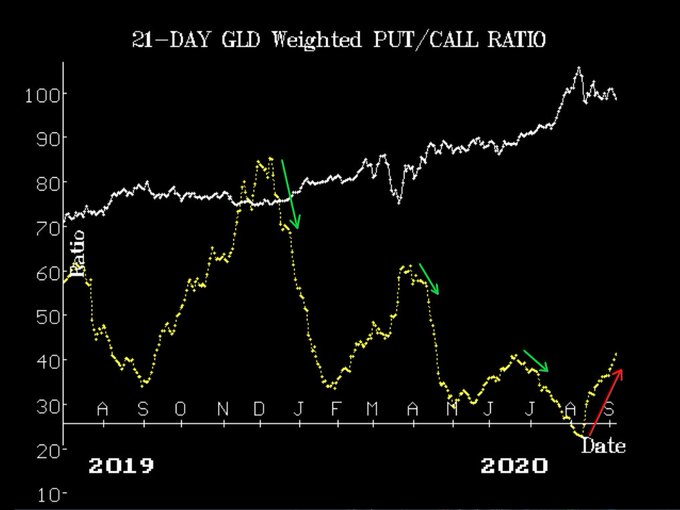 This was a fairly dramatic & important week on the China-India line of control in Ladakh. Those who are interested can read our detailed article titled Doing “a China” to China in Ladakh – India’s “Less Talk, More Action”.

Prior to the war in 1962 between China & India, a vibrant Chinese immigrant society had helped create superb cuisine now called Indo-Chinese cuisine by using Indian spices to traditional Chinese recipes. Also they added a Chinese touch to classic Bollywood songs, one of the most well known being the 1958 classic “My name Chin Chin Chu; this moonlight night; You & I together; Hello Mister, how do you do“?

The 1958 film “Howrah Bridge” is actually a murder mystery in Kolkatta, the capital of Bengal. Well-done film, good story; excellent actors & phenomenal music with at least 3 -4 songs that became all-time hits & are still so after 62 years. Interested readers can watch it on Amazon Prime.