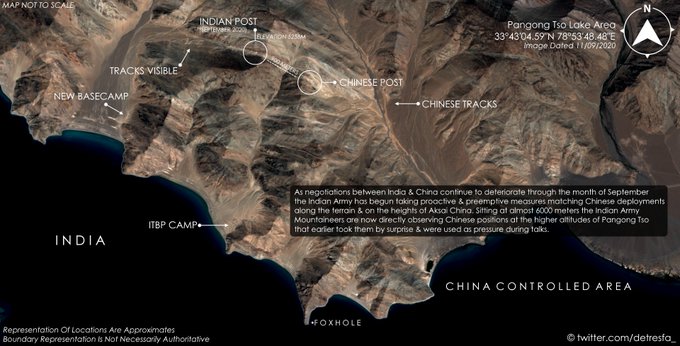 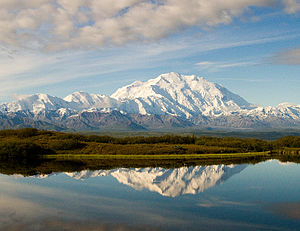 Now imagine being a soldier or a group of soldiers living at the top of Mount Denali; not just living there but working hard every day & night to monitor what the enemy might be doing.

Look now at the various ridges on the South Bank of Pangong Tso that were occupied last week by elite mountain-trained soldiers of the Indian Army in one night of climbing: 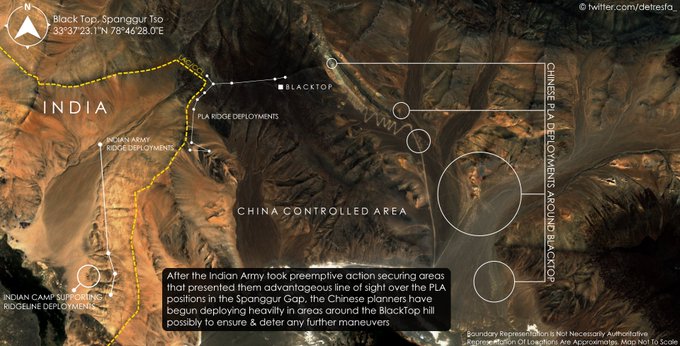 Who were these soldiers & how did they do it? Veteran reporter Sandeep Unnithan wrote in his September 12 article titled Border Brinkmanship in India Today,

This is as high as the second & highest peaks in North America, Mount Saint Elias & Mount Foraker in Alaska. Note nothing in the Rocky Mountains is above 15,000 ft. No one lives there for weeks or even thinks of spending the upcoming winter at the top of these peaks.

Militarily this has given a huge advantage to the Indian military, as a senior Army official said:

Further as the article states:

But what about the soldiers? How do they live & act on these mountain tops? Thankfully Unnithan’s article includes a picture he calls Sub-Zero Sentinels: 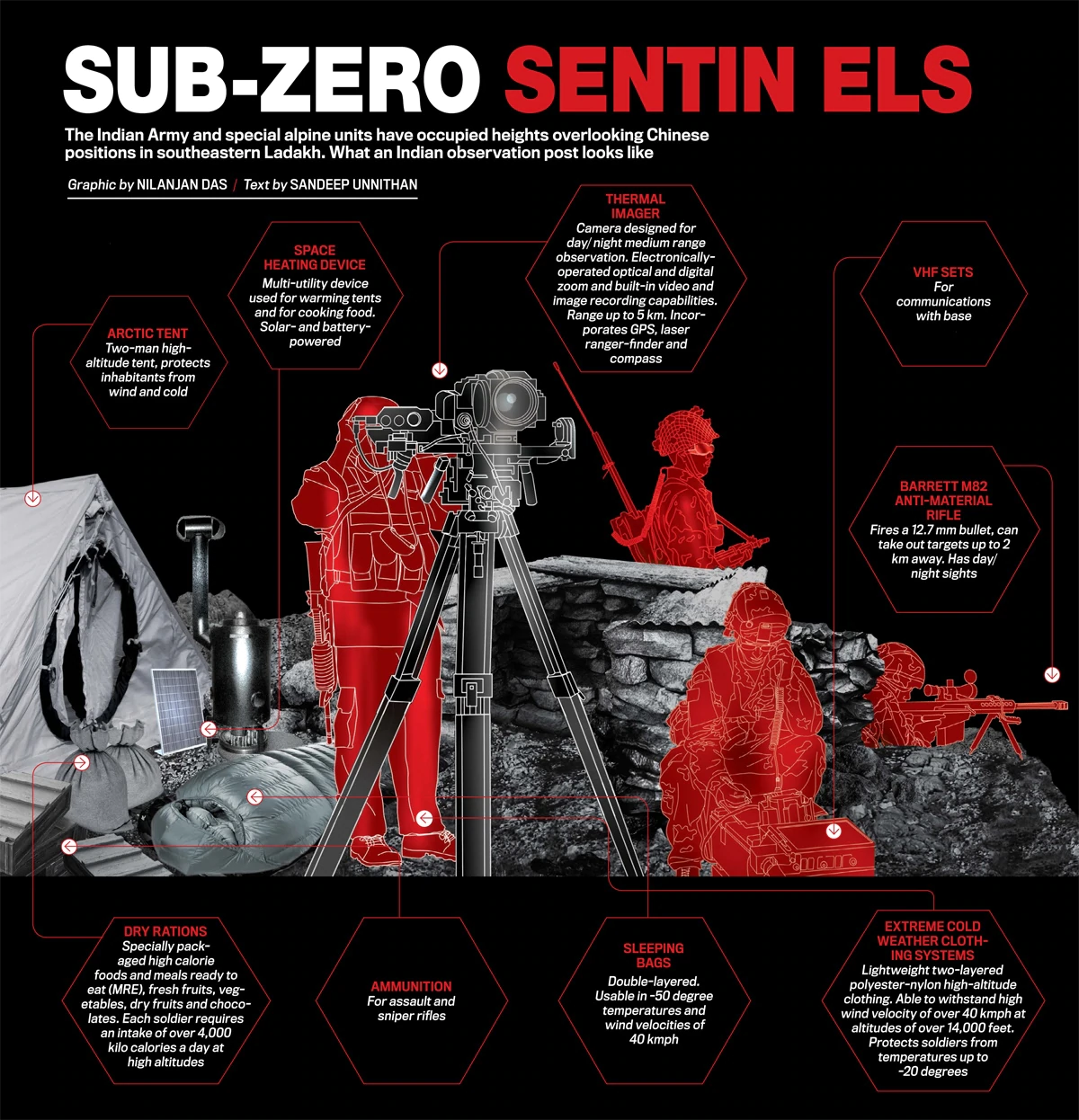 Taking these 17000-18000 feet heights took one night but maintaining these will take weeks if not months. That in itself will be a huge effort:

But the Indian Army may be the only army in the world that has seen worse and managed to maintain its army 365/24/7 at even a higher altitude. The Siachen Glacier is the longest (47 miles) and the highest glacier in the Karakorum range at 18,000 ft with some peaks at 20,000 feet. The Indian Army captured this glacier in a fast move in 1984 and has held it since then despite counterattacks. 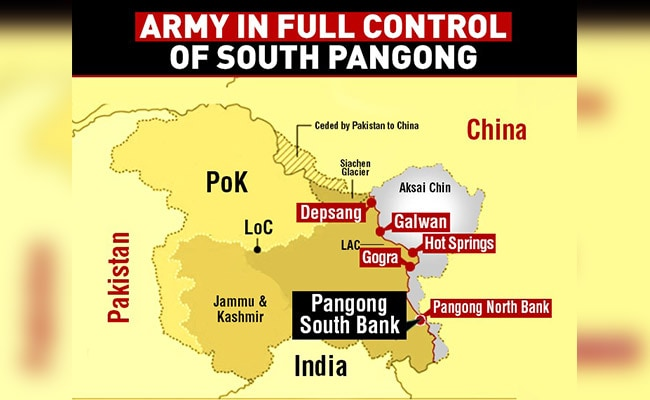 This glacier is just below the tip of the pass that connects Chinese occupied Aksai Chin to Napakistan-occupied Kashmir. The northern end of the glacier opens into Daulat Beg Oldi, the airport on the tip of Ladakh, Aksai Chin & Xinjiang.

India has maintained its army at that height & under those conditions at the top of Siachen Glacier for over 35 years. That experience will come in very handy in making sure the soldiers occupying the heights on both sides of Pangong Lake are treated well and maintained healthy now and during the coming winter.

But in one way, the situation in Pangong Tso & the Ladakh-Aksai Chin line of control may be far worse than Siachen. Because, reportedly, “both sides have deployed close to 50,000 armed soldiers, backed by artillery and tanks, within shooting distance of each other“. And local commanders have been given the authority to act because “many units are deployed in isolated places where the army does not exercise centralized command and control“.

And the worst may be yet to come. As Unnithan explains in his article:

This is why we are dedicating this article to the soldiers on both sides who are stationed in almost inhumane conditions at 17,000-18,000 feet.

Editor’s PS: We strongly recommend reading the above-mentioned article by Sandeep Unnithan titled Border Brinkmanship.  Those who want a glimpse of what it took to master the art of living & working on the Siachen glacier should take a look at our review of the book Beyond NJ 9842 – The SIACHEN Saga by the veteran journalist Nitin Gokhale. Below are a couple of photos Mr. Gokhale authorized us to use in our review. Get the book & read it would be our recommendation: 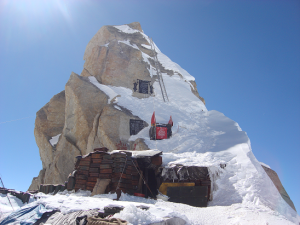 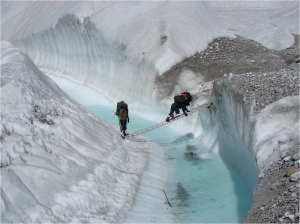