From the beginning of this summer’s conflict between China & India, we have been convinced that the real issue is far more strategic than a tactical gain of territory. And that real issue is a zero-sum game.

Now China has lifted the smokescreen by finally claiming that all of “Ladakh” is illegally held territory by India. The formal reason could be the repudiation of the 1842 treaty between Dogra-Sikh kingdom of India and the Tibetan kingdom of China’s Qi dynasty. But the reason is irrelevant.

The reality is India’s Kasmir-Ladakh region is in the way of China & its drive to the Arabian Sea via its China-Pakistan-Economic-Corridor (CPEC) corridor. The simplest way to get it is to look at the map below: 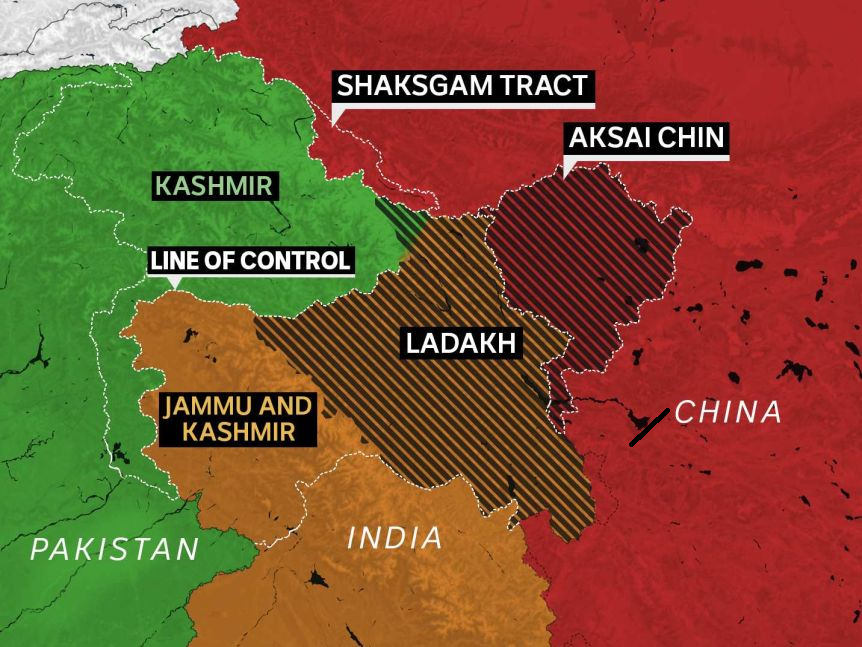 This is a pure Thucydides scenario as we wrote on July 19, 2020. China thinks they are already a superpower and India is an upstart. And if India is allowed to become a stronger & bigger power, China’s objectives will be contained & possibly defeated.

This Ladakh adventure has already cost China a great deal as Yun Sun of the Stimson Center argued in her September 2020 article The Ladakh Clash: China’s India Dilemma:

India is also faced by a stark reality. Faced with a hostile China, India cannot let China win without fighting without destroying its own objectives of becoming accepted as a major power. That would send India back to its 1,000 year experience of being a vassal of Afghans, Uzbeki Mughals & the British. That would not have been acceptable even to the previous Sonia-Manmohan Singh regime let alone today’s Modi regime.

That removes the third “Wining without fighting” option for China and leaves the first two options described by Yun Sun in her September 25, 2020 article China’s growing risk tolerance on ORF:

Both of these options require a “full preparation” for a major conflict. 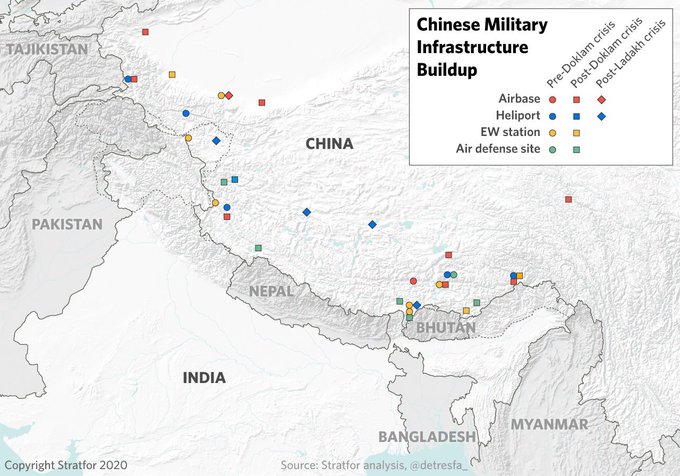 That is not just in Ladakh but all across the India-China Line of Control. 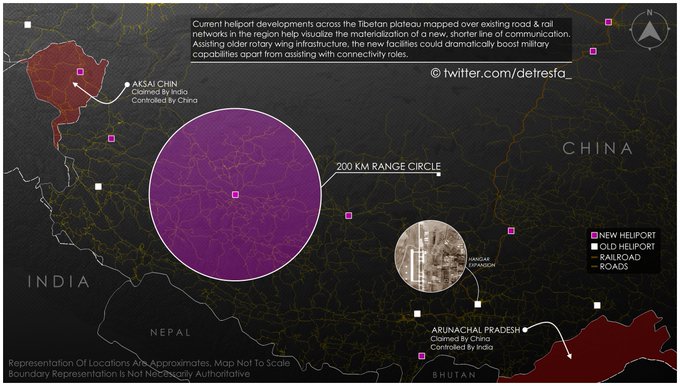 As Simon Tack writes in his Stratfor article,

Remember what Harvard’s Belfer Center report had stated in March 2020?

Since a picture is worth lots & lots of words, 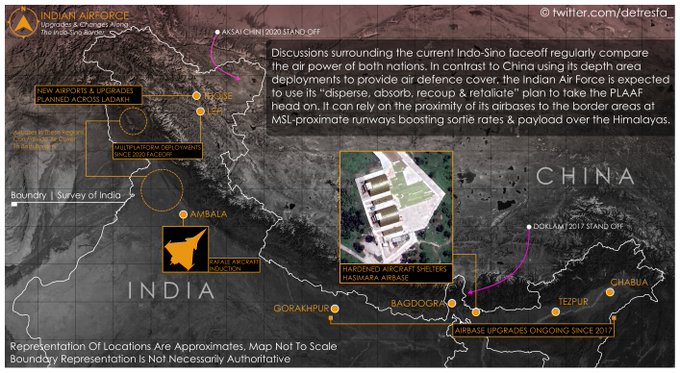 Fine, but what does the Indian Air Force think? Look what Air Marshal RKS Bhaduria said on October 5, 2020:

Watch his demeanor & notice the quiet confidence without even a tinge of bravado.

The Indian Military has also deployed its long range cruise missile with terrain-hugging capability in Ladakh:

It seems clear that any real conflict between China & India will not be restricted to land. India seems ready & willing to extend the conflict to challenge Chinese Navy in the Indian Ocean from the Malacca Straits to the Straits of Hormuz. Here the big challenge is to spot, identify and take out Chinese submarines. In this area, India has developed a SMART missile-assisted torpedo system to target submarines far beyond torpedo range. SMART stands for Supersonic Missile Assisted Release of Torpedo.

Why is it a game changer for India? It provides the capability to target Chinese submarines from a distance without risking surface ships:

What can you do via a SMART swarm?

Getting back to air force & air defense, India this week test fired its Anti-Radiation missile Rudram. An anti-radiation missile is designed to detect, track and neutralize the adversary’s radar, communication assets and other radio frequency sources, which are generally part of their air defense systems.

All the above is the stuff in last 30 days. And we all know it is not stopping here.

The above should leave no doubt that India is absolutely determined to handle anything China decides to throw at them. So what happens in the spring after the snows melt and military operations can resume? We will have to wait & see.

Editor’s PS: As readers can tell, we are fans of the work of @@detresfa_ . Exceptional work. Kudos