We hope that all readers offer their fervent prayers for a speedy recovery of President Trump & extend their best wishes to him and the Trump family. In fact, we hope those who don’t like him & don’t plan to vote for him do so with greater intensity.

We hope & wish the same to Ms. Hope Hicks & Senator Mike Lee and their families. Days like Friday tell us why human beings have fervently believed in prayer since our species was created.

We were watching CNBC after the close and we couldn’t help hearing an undertone (& perhaps more) in conversations between CNBC Anchors & Dr. Gottlieb about the President’s illness and the choice of the Regeneron Antibody Cocktail. That undertone was disturbing to us & we also felt that Dr. Gottlieb, as a CNBC Contributor, was trying to earn his pay by going along with the undertone of criticism from CNBC Anchors.

Then they got Jim Cramer into the conversation and it felt like a bright light was switched on in a dark room. Cramer was emphatic about the Regeneron treatment and explained what Dr. George Yancopoulos of Regeneron had explained to him on Mad Money just two days ago. Once Cramer began speaking, Dr. Gottlieb also changed his tone and became positive. That perhaps was not what CNBC Closing Bell anchors wanted but they wisely let Cramer to speak. Good for them and good for us.

Everyone should listen to Wednesday’s 3-minute clip of the conversation between Dr. Yancopoulos and Jim Cramer. And that is so whether you are anti-Trump or pro-Trump. The 1/2-liner take away is that their antibody cocktail gives patients their own immune response in a vial.

The Dow was down 300 odd points in the pre-market and opened down as well. Then at a point, there was a swift rally.

Not only did airlines closed up but the day fit the contrarian bullish Q4 trade of Hartnett of BAML: 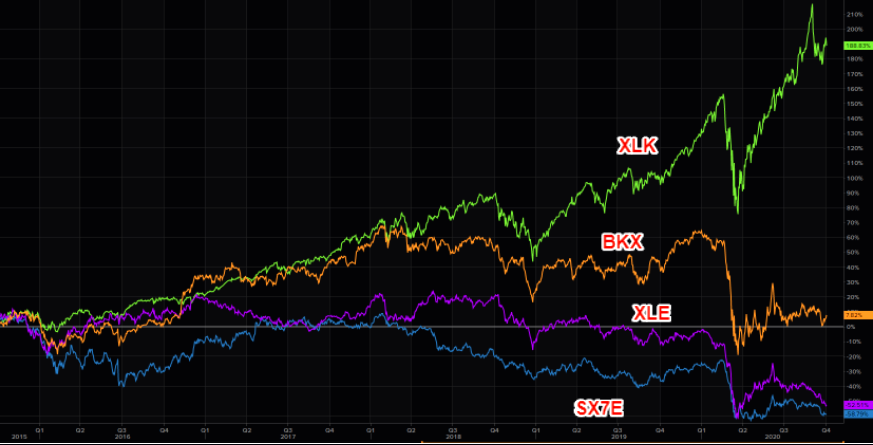 Friday’s action showed that what matters most to markets is the stimulus they expect and not the economy. That is because a large stimulus bill serves as a bridge for consumer income & for struggling companies until the expected strong recovery in 2021. Look, even interest rates closed up on Friday despite a weak Non Farm Payroll Report.

What did the gurus have to say? Depends on whether R is in the first name or last?

See even the great Rosenberg concurs with our Numero Uno factor. What about the guru who predicted a short recession months ago: 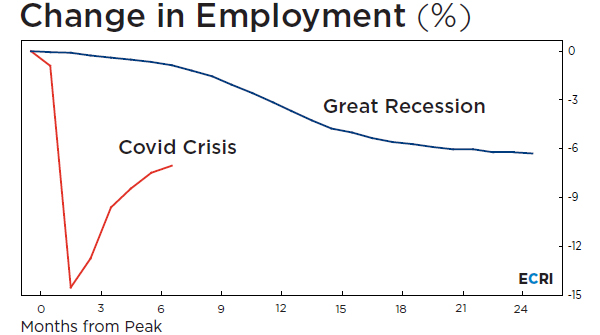 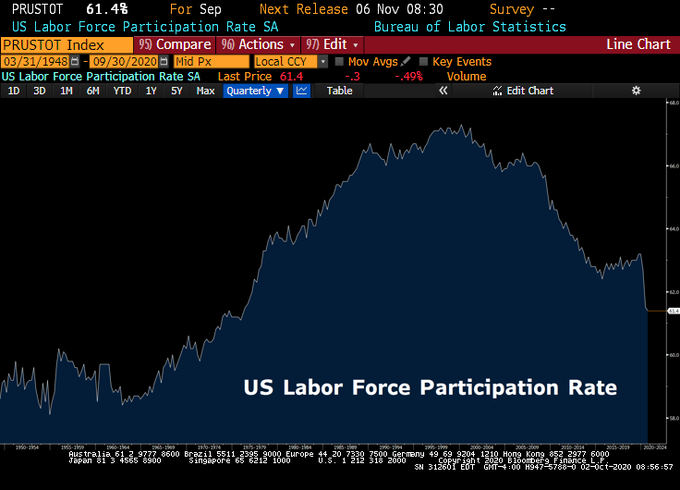 But that didn’t matter to interest rates which closed up on the week:

Not just did the interest rates go up but something else did, something the Fed doesn’t like to see. That, according to Market Ear, is “Treasury bond ETF volatility, VXTLT, continues exploding to the upside“ 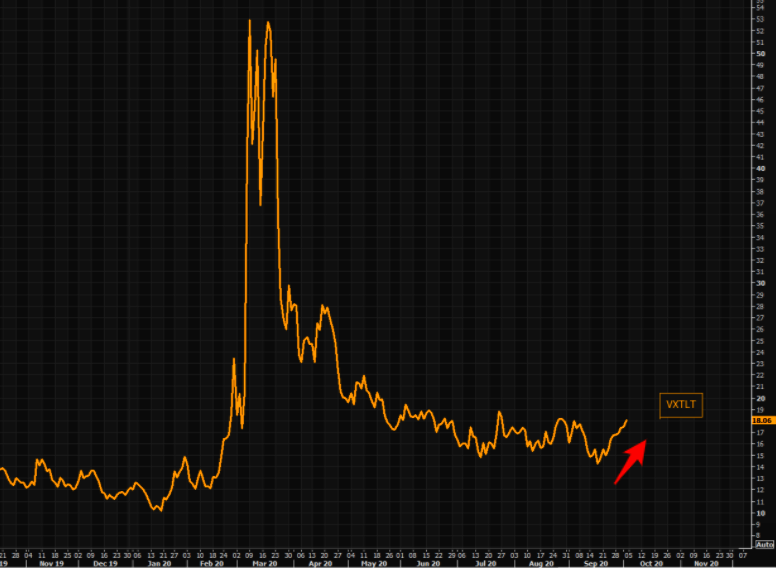 Does this mean the Fed will come in? Or is the liquidity realized in credit already increasing? Remember what we wrote last week about our favorite realized liquidity indicator, the performance spread between leveraged DPG & unleveraged HYG?

Guess what? DPG was up 4.4% this week while HYG was up only 93 bps. And the turn in DPG-HYG did begin on Friday September 26 afternoon:

Kudos, we say.  U.S. Stock indices had an excellent week:

Mr. Sentiment Trader gave us terrific tweets for two consecutive weeks. What is he saying now? 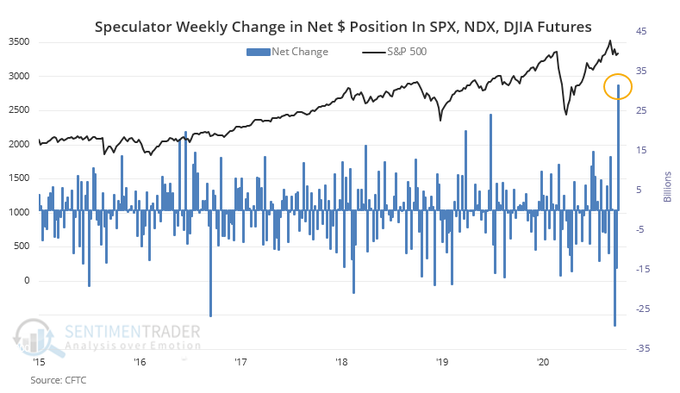 That is not so bad. Wait, he sees something that has led to the feared October apparition in the past, something that was discussed in the previous section: 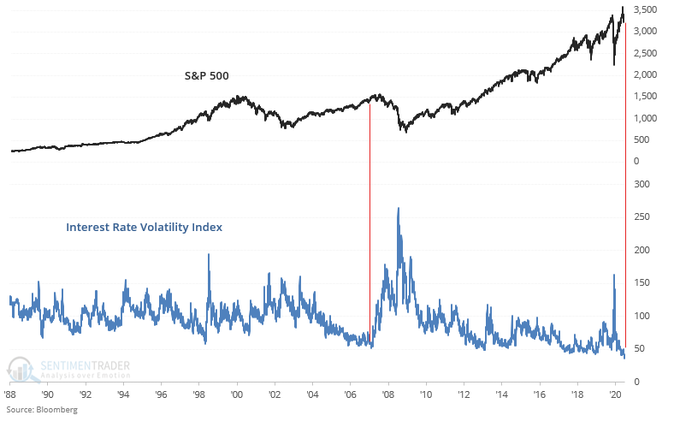 We ask again – will the fear of rising interest rate volatility make the Fed come in again? Or are they already  coming in surreptitiously? Banks were up this week. Yes even Citi was up over 3% for the week. That doesn’t mean the Fed should not come in explicitly. Or are they still trying to pressure on Pelosi?

Speaking of banks, remember the two banks we highlighted last week? Yes, both HDB & IBN, private (non-government) banks in India, were up 6.5% each on the week, double the performance of both U.S. money-center banks but also of India ETFs.