Remember the first debate between President Obama & Governor Mitt Romney in 2012? No one had expected Romney to do that well against President Obama. So his campaign got a huge rise both in popularity & money. Then came the second debate. Obama won that decisively & then the election.

No one can accuse Ian Bremmer, founder of Eurasia Group & a global luminary, of being a Trump supporter, let alone a Trump fan. In fact, he has a 9+-minute video out explaining why he is not voting for Trump.

But Bremmer has a knack for putting up interesting, short & substantive tweets. Look at the one below about this week’s debate: 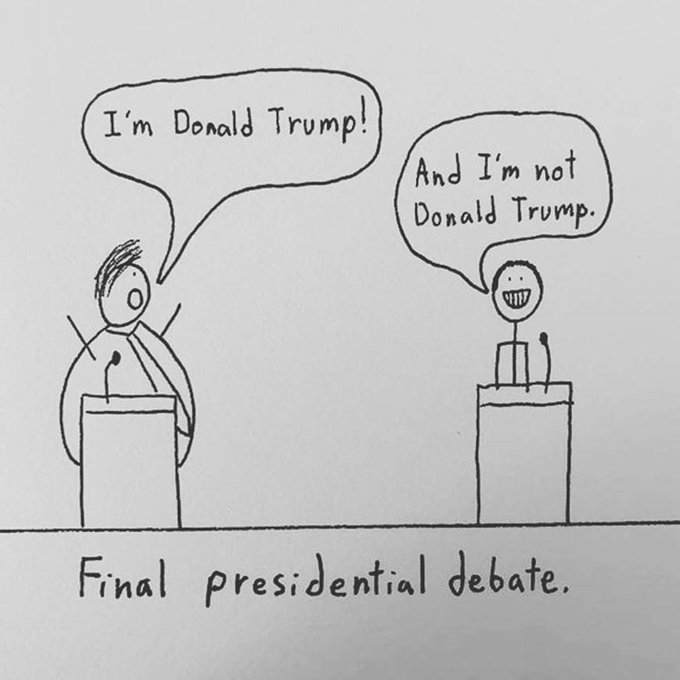 But that is not the strategy of Biden’s campaign. First he could not do so on his best day as he has proven in every campaign he has run in the past. More importantly, it is clear to virtually all that he is not as bright or capable of strenuous work as he was just a few years ago. So his smart campaign managers have hidden him from view & run on the intense anti-Trump feelings in the Democrat party.

The reality is that every re-election since 1980 has been won and lost on the answer to one question – “are you better off than you were four years ago?” This was the question Candidate Ronald Reagan asked during the October 28, 1980 debate with President Carter.

And this is in September 2020, last month. So why has the strategy of Biden’s campaign managers worked so far? Because of a deep fear of what next year might bring from the plague of our time – Coronavirus. This fear was the key to Biden’s campaign managers. They did everything they could to tell voters that the spread of CoronaVirus in America & their lives was because of obstinacy & incompetence of President Trump; that his refusal to heed science and scientific experts was the reason American people were in the mortal fear they were in.

The bigger October Surprise was his stunningly swift recovery in two days. And it was due to the therapy invented this year by an American company named Regeneron.

We think his stunning recovery has done a great deal to reduce the crippling fear that had gripped Americans. As they watch President Trump campaign as aggressively & as strenuously as before, the fear of CoronaVirus recedes from their minds. Which candidate campaigned all the way into the debate & which candidate stayed indoors & hid from the American people for 3-4 days before to the debate? You know the answer.

Look at the clips of this week’s debate and ask yourselves – which candidate looks sick & as if he has suffered through a dreaded Virus? If you didn’t know, you would think it was Biden who was recovering from the horrible disease.

Besides his own recovery, we think President Trump has real credibility when he says we are rounding the corner on CoronaVirus. He himself is visible proof and the facts are also on his side. Guess who is saying that & giving credit to President Trump? And his data is fresh, from this week: 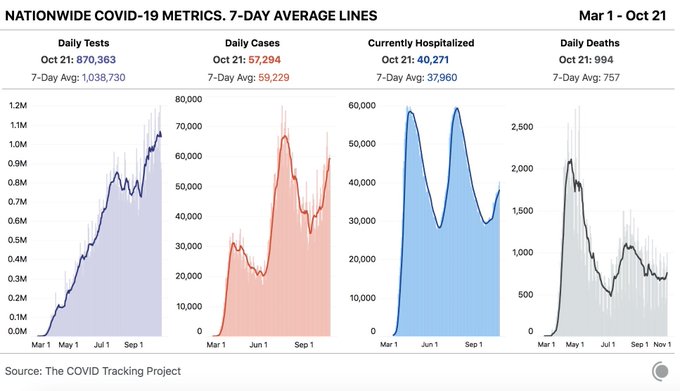 That brings us to the final canard against President Trump:

The Biden campaign has strenuously focused on systemic racism as an issue against President Trump. But Biden’s campaign seems only focused on racism against “Blacks”, their code name for African-Americans. Candidate Biden has promised to nominate a Black woman to the Supreme Court and he has chosen a Black woman as his Vice President.

Historically, there has been a soft competition or struggle for minority power between Hispanic-Latins & African-Americans including issues that one race supports & the other race opposes, like immigration for example. So we can’t help wondering how the narrow & intense focus on racism towards “Blacks” is being perceived in the Hispanic-Latin community.

Go back and look how strongly & confidently President Trump spoke of his support among Hispanics during the debate. Are they seeing real data that shows Hispanic-Latins are voting for President Trump in larger numbers than they did in 2016? Will we be talking about this as the surprise of the 2020 election? 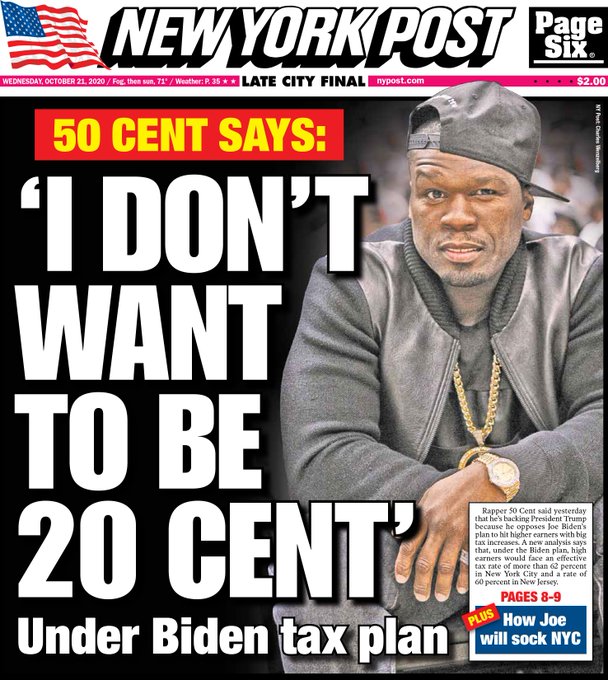 There seems to be some evidence that the “Black” middle class or even “Black” lower-middle class workers are recoiling against Democrat allegiance to the violent protesters & looters. They were experiencing better income & employment conditions before CoronaVirus hit. President Trump made a confident & strong appeal to Black workers & middle class in this week’s debate.

All we see are some signs, some straws in the wind. But we can’t help feeling that if there is a real surprise out of this election, it might well be the increased support for President Trump from both the Hispanic-Latin community & Black workers & middle class.

We do think the momentum is now behind President Trump. But we have no clue if enough time is left for this momentum to convert enough voters. We will see in 10 days or will we?