Jim Bianco reminded us all in the Doubleline Roundtable clip that “the Fed has defined the economy as asset wealth & defended the success of their program by getting the asset markets to go back up“.

Who are we to argue with the astute Mr. Bianco? So we will begin this article by looking at opinions about the S&P and leave other macro issues to later sections. Color us a bit confused. On Wednesday, we saw a  sell signal from one of our favorite gurus: 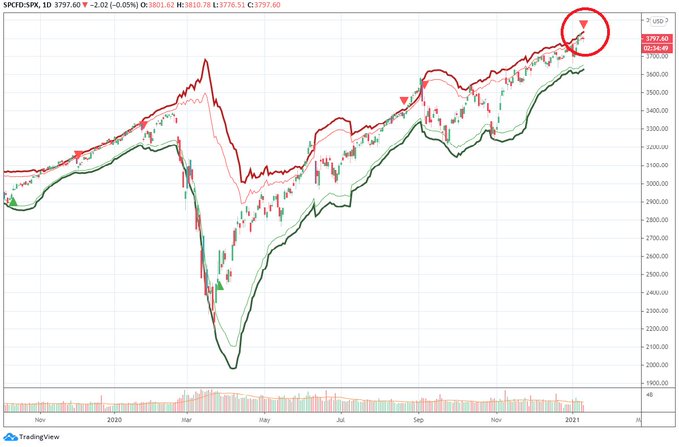 But on Friday we saw the following summary from him:

The old calendar dictum in support of the remain long thesis:

Now two points that suggest turbulence in the near term. First sentiment via The Market Ear: 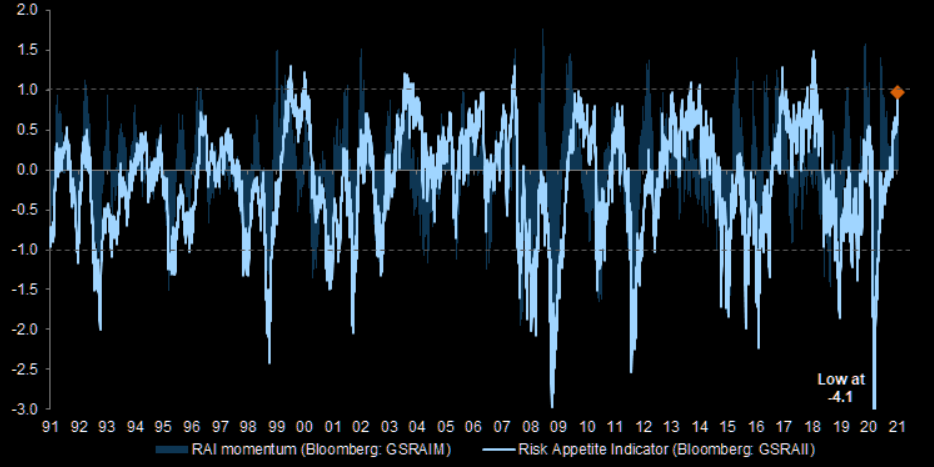 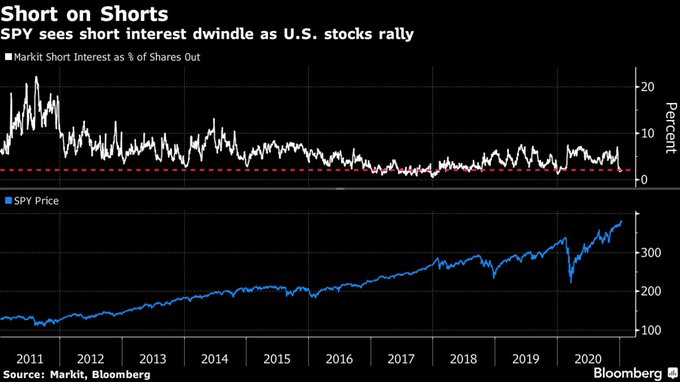 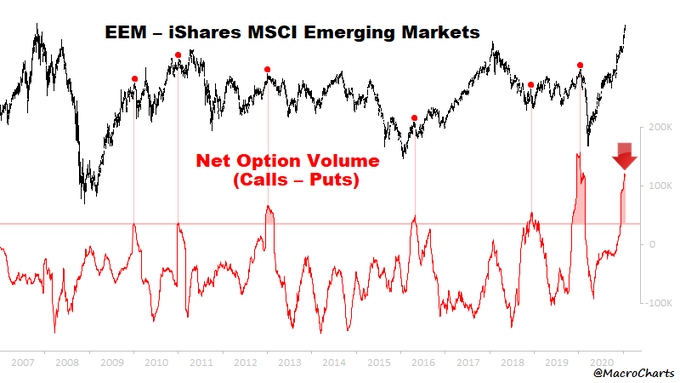 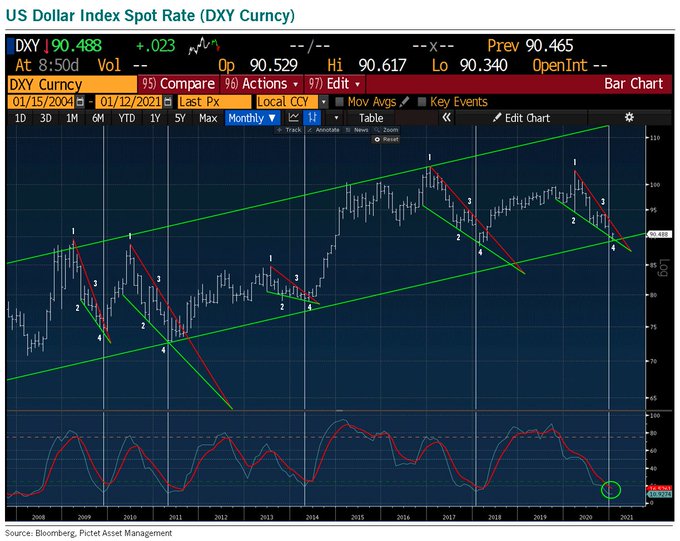 What else was up? Treasury Bonds. TLT, the 20-year+ Treasury ETF, was up 77 bps on the week & rates along the entire curve fell slightly.  You could call that surprising given the large stimulus plan announced by President Elect Biden. Clearly the economy needs another stimulus even after passing a $900 billion stimulus in the last 30 days. But shouldn’t rates have gone up on this news?

He was too disturbed to even say “pooh” to what evaporated. The “he” is BTV’s Tom Keene and he said immediately after the claims number on Thursday at 8:30 am – “it evaporated at 8:30 am this morning; the idea that Fed can be proactive is over“.

Then Fed Chairman Powell himself put the kabash on the foolish notion about tapering or slowing down Fed’s sugar injections this year.

Not only was that a semi-bust but it was followed by an awful retail sales number on Friday morning: 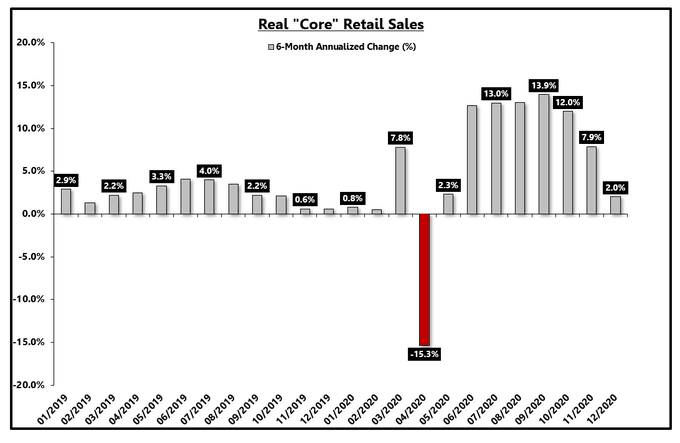 As David Rosenberg had put it a few days before in the Doubleline roundtable,

The small business sector drives job growth in America and how are they doing? Gundlach pointed out that “29% of small businesses that were open on year-end 2019 are shut down“.

And what is their biggest concern? 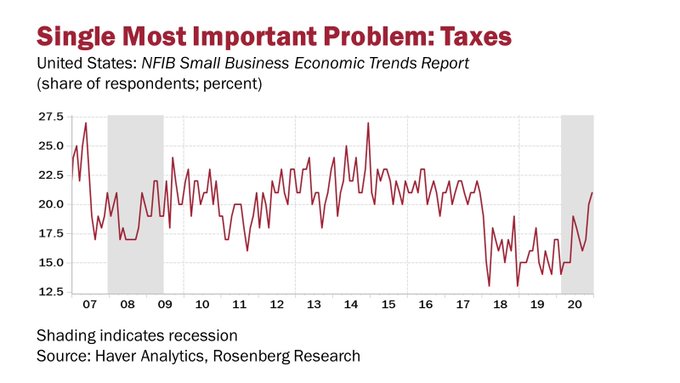 How do they feel now after Mr. Biden said “everybody has to pay their fair share“, the code-words for higher taxes?

What choice does the Biden team have except, as Jim Bianco said in the Roundtable, “.. keep it up until we have an adverse reaction. I think that is inflation“.

The other way to look at it is what Robert Tipp of PGIM said on Friday to Tom Keene of BTV:

Now focus on the $15 average wage the Biden plan demands and ask yourselves what does that do to jobs in the sector that needs jobs the most – blue collar jobs.  Don’t Amazon, McDonalds et al accelerate the replacement of human workers with robotic workers? Isn’t this the opposite extreme of the ancient Henry Ford dictum of viewing the employee as a customer?

Why didn’t the Biden team propose a plan to pay at least part of salaries of workers in blue collar jobs to encourage companies to hire more workers? Why didn’t the Biden team propose a real infrastructure plan to repair bridges, airports and other 4-th world infrastructure in America? Heck, even the bullish Ed Hyman said in the Doubleline Roundtable that we “need wages to pick up for inflation to pick up“.

Frankly, we suspect that the Biden team is beginning to panic at what they might be facing with the economy and discontent. That may be why they didn’t take the time to come with a sensible plan that would help create/save jobs & provide income to people who need it. They look & sound as if they are panicked at the prospect of American people expressing buyer’s remorse. That may be why, all of a sudden, Democrats, including Cuomo, are asking aloud whether lockdowns are actually hurting the economy rather than preventing spread of CoronaVirus.

4. Here as a result of There? Plus the worst kind of trouble?

David Rosenberg made an interesting claim in the Doubleline Roundtable. He postulated that “home country inflation is increasingly dependent on global inflation“.

That’s good, right? Every FinTV anchor is praising the growth in China. Even bullish Ed Hyman of ISI said China’s growth is going to be 8%. Unfortunately he added ” but their inflation is going to be zero“. David Rosenberg warned that “China is about to deflate and it is the hottest economy in the world“. And the Bear Traps Report says “China’s credit growth is slowing …. implying a credit down-cycle in the coming months“. What does that do to goods inflation in America?

But the above is only half of the bad story. Bear Traps Report states,

And Reuters reports that

And, in a strange & scary twist, the main theme of the Reuters article is that

This is not merely an Asian story as Reuters adds,

What about America & the money payments based stimulus? Gundlach said in the Doubleline Roundtable:

The saddest aspect is the impact on children: 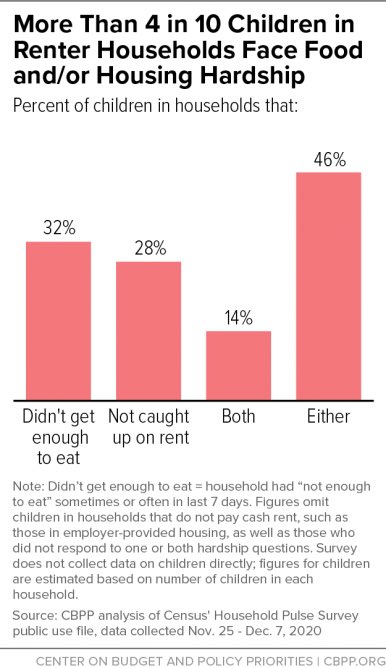 We all know about what copper has been doing. What about Ag prices, you ask? 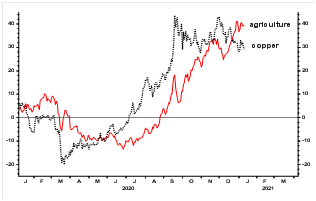 What did Mr. Edwards notice the next day?

Now what do you need to make this commodities picture more complete? How about a shooting incident in the Persian Gulf, perhaps between Iran & Israel, as a welcome gift for President Biden? That should send oil into a higher trajectory, right? And that might help Tom Lee’s prediction that Energy assets would perform in 2021 as Tesla performed in 2020. In case you think we are now just making stuff up, read the stories about how this week the Israeli air force bombed areas of Damascus, Syria as well as the Syria-Iraq border.

But not to worry. The stimulus payments will drive disposable income and GDP higher. That can’t be bad for the stock market, right? And where might you look for an attractive opportunity? Amazon, according to the legendary Larry Williams as communicated by Jim Cramer this week:

Try as hard as we did, we could not find this clip of Cramer highlighting Williams case for AMZN on CNBC.com. Perhaps they will add it after AMZN rallies, if it does.

By the way, Bezos is an incredibly smart man and understands how to capture large & incredibly valuable segments. He launched Amazon Academy in India on Friday, January 16 that is designed to help Indian students get into prestigious engineering colleges. Anybody who knows India knows that getting into one of these colleges is the biggest dream of Indian students & of their parents. Tutors charge high high fees to help students and students travel to specific schools set up to train students to succeed in the entrance exams. Now Amazon enters this space & for free at least for the first few months.

If the Amazon Academy succeeds & if the Amazon App becomes a must have product, then Amazon could get a running start in the biggest middle class space in India. Kudos to Bezos. 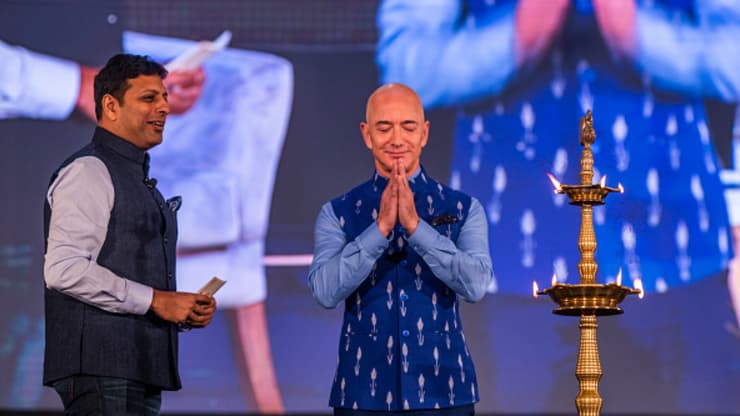