Several years ago we witnessed an interesting exchange at a Diwali Celebration in London. A middle aged Doctor was speaking to a young man from New York. The Doctor asked him what the young man did. The answer was managing a book of Credit derivatives at major investment bank. Then the Doctor asked him the name of the school the young guy attended. The answer was Harvard. The Doctor’s face lit up and he said “congratulations”.

The Doctor had heard of the major investment bank. But that didn’t impress him. What made this London Doctor almost giddy was that the young man had attended Harvard. That is the sad state of “Hindu” psychology. All they respect is the anointment associated with a few names. It used to be Oxford. Now it is Harvard.

That is why everyone in India is overcome with jubilation when they get an invite to be associated with Harvard. They will be anointed for ever in Indian high society.

This has been the sad state of “Hindus” for at least 1,000 years. After being defeated but being more numerous, the smart “Hindus” began serving the Afghan/Uzbek invaders and then the British invaders. In every case, a “Hindu” was “made” with the anointment from the ruling elite.

In exchange, these anointed “Hindus” had to give up their pride in their religion & culture; they had to remain mum about the psychological and physical atrocities heaped upon their “fellow Hindus”. Actually that was the real Caste System in India established by the British. They made these anointed “Hindus” into a new high caste and these anointed “Hindus” were at risk of being thrown out of this elite caste if they sided with or even interfered with what the colonizers were doing to the “Hindu” majority.

This is not past history. It is live present. And it is happening this weekend at, you guessed it, Harvard today’s seat of anointment. Look at the guest speakers at this weekend’ Harvard’s India 2021 conference: 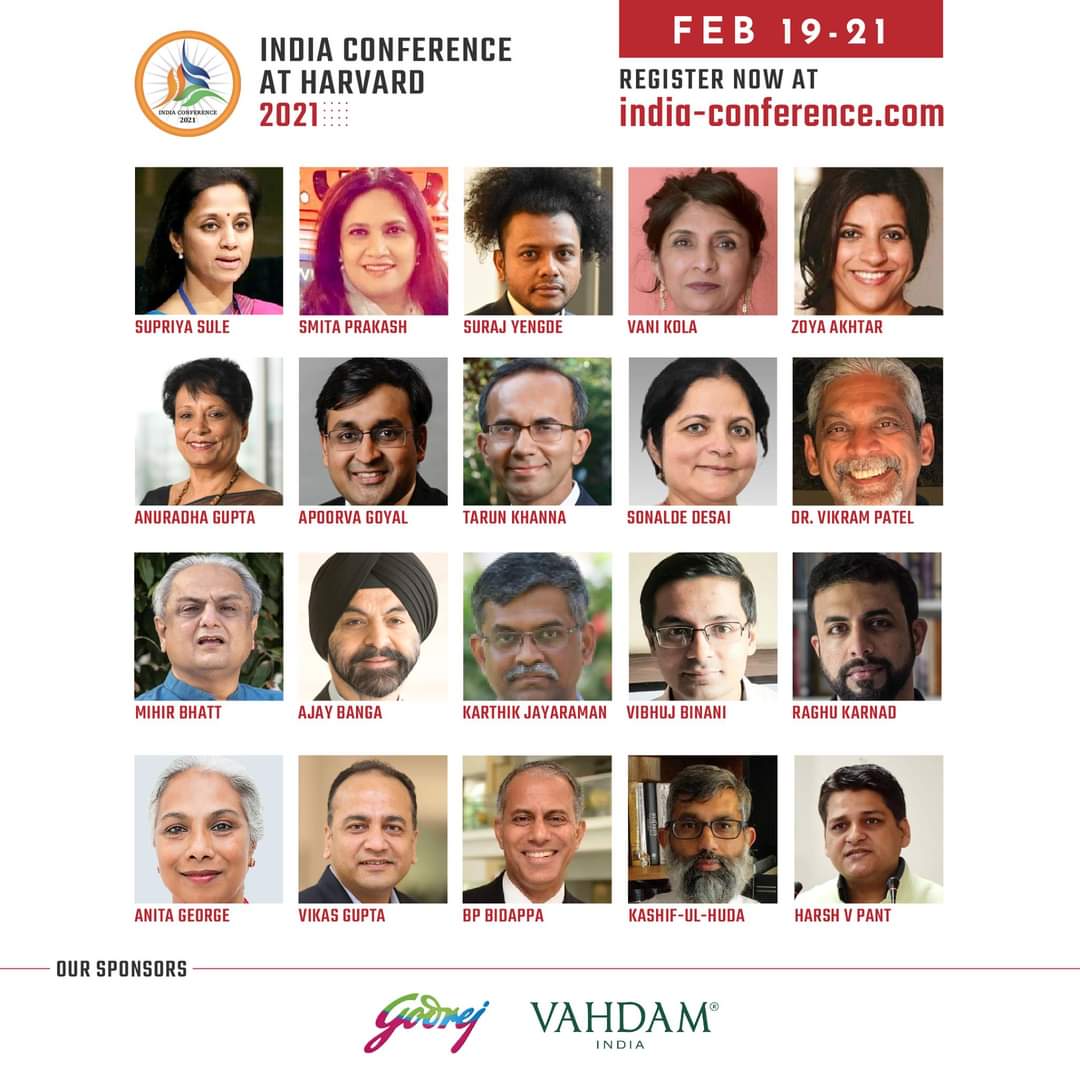 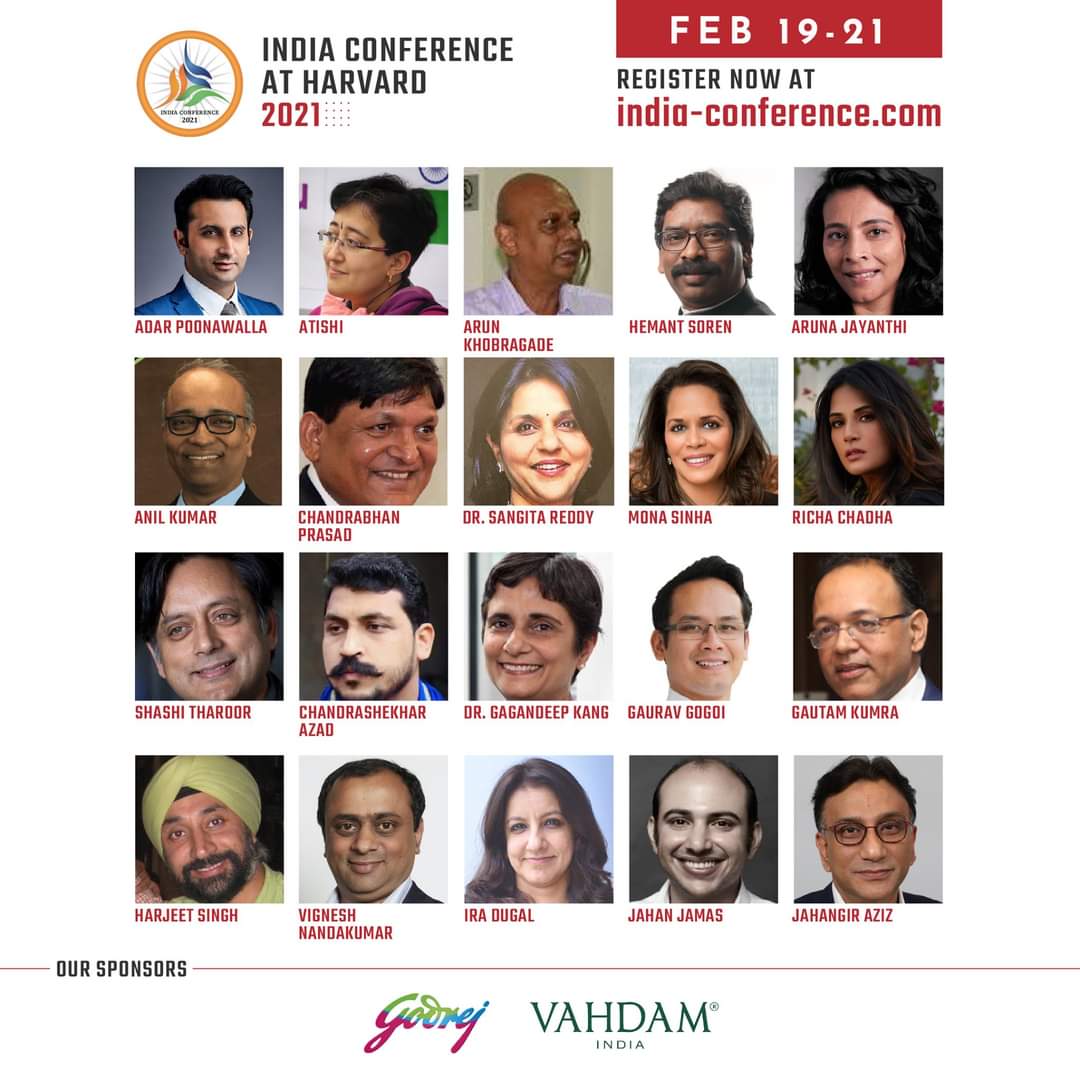 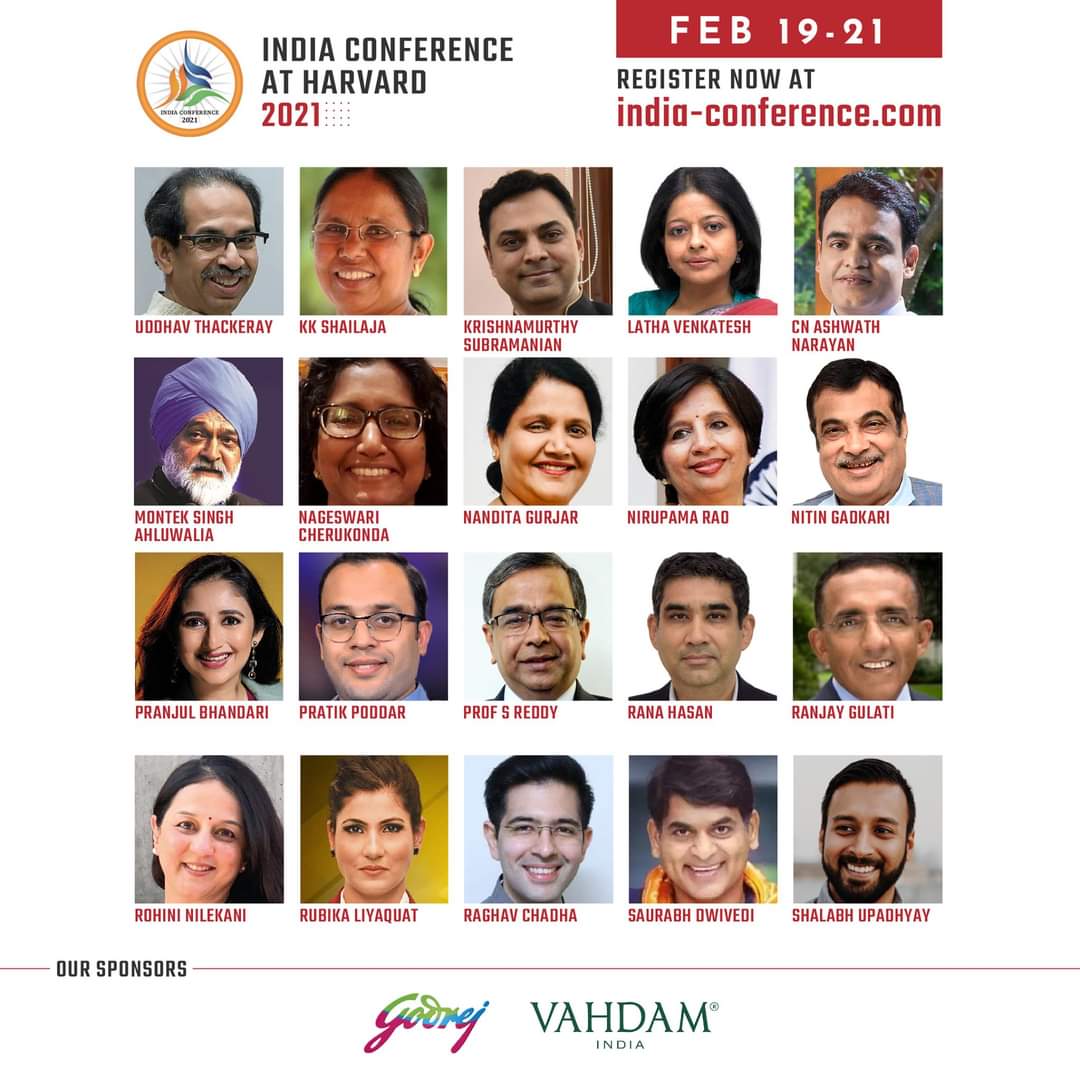 We are willing to bet that, at least the “Hindus” among the above list, have a Svastik proudly & religiously displayed in their homes. But how many of them would even think of mentioning the NY S2727 bill that would label the Svastik as a symbol of hate? Not even one, we believe.

That is because the anointment as a Harvard invitee is what they cherish the most. That is what will give them & their families a higher intellectual status in their field, city, state & country. So they will leave fighting for their beliefs & their religion to others, the un-“anointed “Hindus”.

This is the sad story of the “Hindu” elite that began somewhere at the turn of the last millennium and continues to this day as Harvard demonstrates this week.

This is why Mahatma Gandhi, a lawyer from London, began his battle by going to the ordinary “Hindu” & bypassed the “Hindu” elite. This is why every major movement, social or religious, has begun with the ordinary un-anointed “Hindus”.

This is why the Narendra Modi movement doesn’t even bother to deal with this selfish, craven & pathetic lot of “Hindus” who seek nothing but a slavish pat on the head and a Harvardian dot on their foreheads.