1.Importing still but what?

Remember the dictum that we all got used to? How America has been importing deflation from overseas? And how that was a big headwind preventing interest rates from going higher? Things seem to be changing: 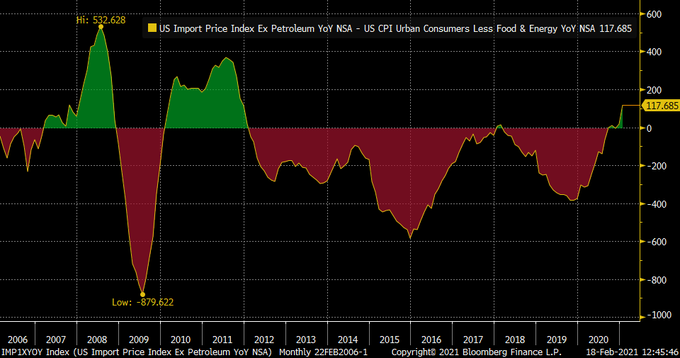 That is not the only thing breaking out: 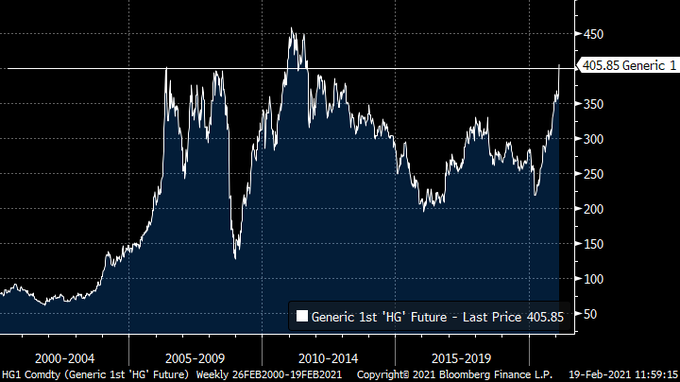 Already copper has had a terrific rally and stocks like Freeport have more than doubled just in a few months. So is this rally a bit too much? No says a Goldman chart per The Market Ear: 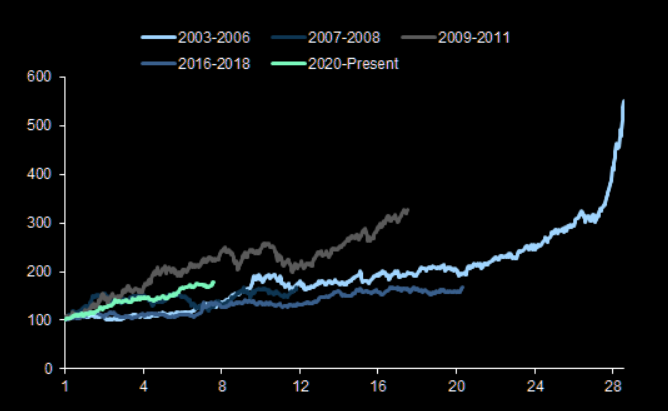 That brings us to another commodity. Funny how things turn out! President Trump was bullish on drilling for oil & making America self-sufficient in energy. So drilling soared and, in part thanks to the Corona Virus, demand slowed & oil prices fell hard & energy stocks were tossed by the way side.

Then comes President Biden and his vow to move away from oil to climate change. He cancels the Keystone pipeline. And oil stocks get going. Then Mother Nature got into the action this week. Lo & behold, Texas, the state richest in fossil energy reserves, suffered a massive blackout. Apparently because the windmills in Texas got shut down as snow covered them.

Now the odds of a large infrastructure program have gone up dramatically. What kind of infrastructure? We don’t know but presumably the kind that prompted Texas to critically depend on Windmills instead of natural gas.

Paradoxically, the one country the Biden team dislikes the most is smiling broadly – Russia & Putin are enjoying the increase monies flowing into their coffers from the exploding oil price. EU not so much. Is that why both Goldman & JP Morgan recommend buying European energy stocks? 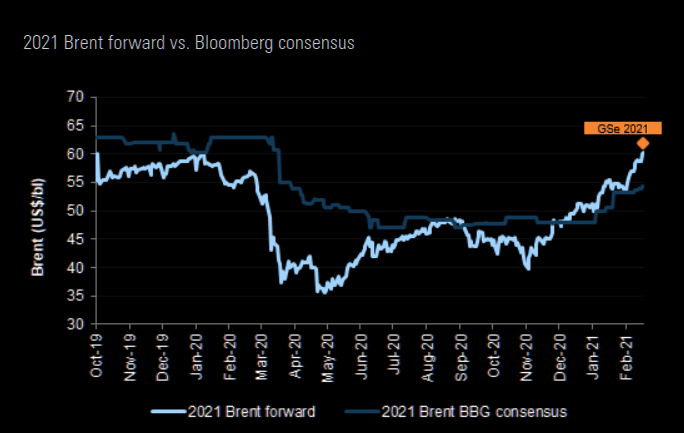 We urge all to read the interview of Larry McDonald (@convertbond) with the themarket.ch. That interview was on 23 November 2020. But it makes for a much better read now. Some excerpts from the interview re energy:

What gave him the signal to buy energy stocks in November 2020?

That brings us to stocks, right? 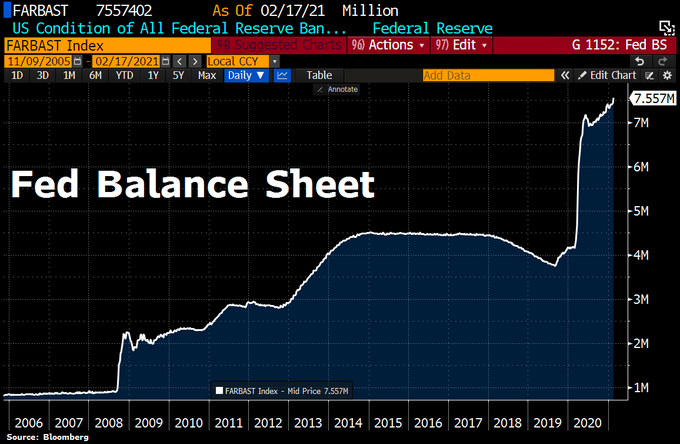 We all know about the twin deficits. But there is a 3rd one & that too is at a record: 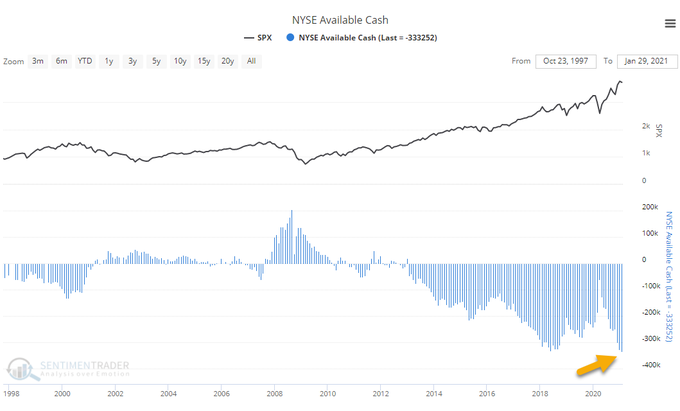 Last week we worried about VIX going fast & high. The fast did not happen but the VIX did rally by 10% this week. Bob Lang of Explosive Options warned on Friday – “As we close out February next week, keep your eye on volatility. It’s starting to take hold.”

But Lawrence McMillan of Option Strategist suggested that “the trend of VIX is still down” in his Friday summary:

Perhaps the S&P is in a “good overbought” condition. Look what one guru suggested about the long term on Wednesday: 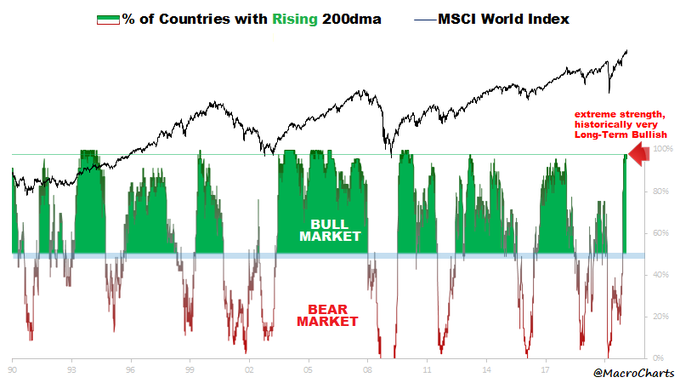 What did this guru say on Friday? 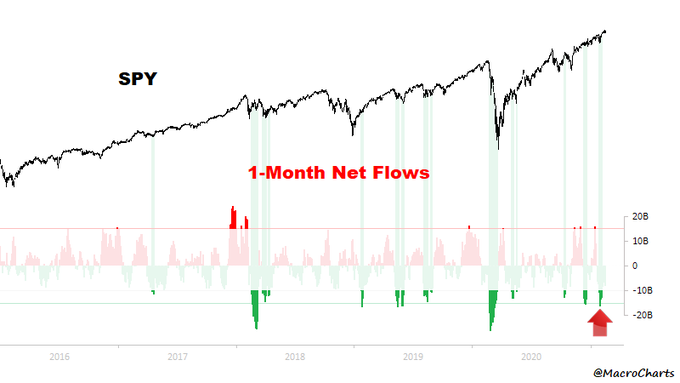 What about Funds & broader ETFs, you ask? 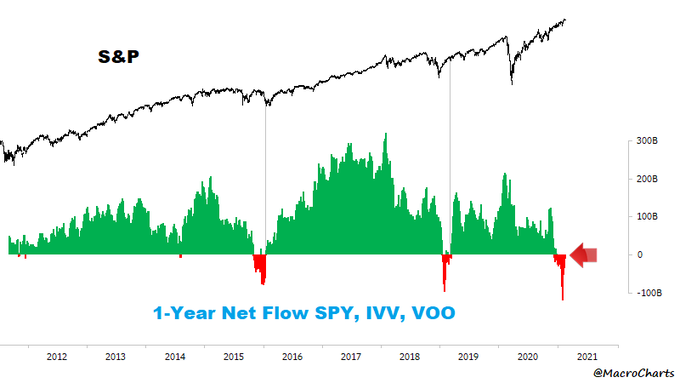 But should we worry we have come so far without a serious correction? How many days could the S&P go without a big correction? Answers to both in the tweet below from the esteemed Ned Davis Research: 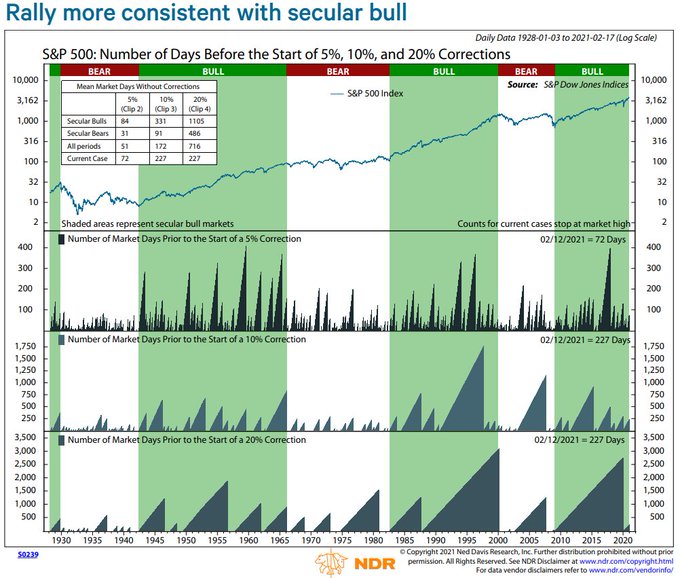 Remember the Gundlach dictum about the Copper/Gold ratio and the direction of long duration Treasury rates. That has been playing to perfection with Copper exploding higher and Treasury rates rising steeply. Once again Treasury rates shot up this week with 30-year up 13 bps to 2.13% and to a positive real yield. The 10-year yield shot up 14 bps to close at 1.34%.

In the face of this we have Fed Chairman Powell, Vice Chairman Clarida and Dr. Lael Brainard speaking next week. Bob Michele of JP Morgan Fixed Income said on Friday’s Bloomberg Real Yield that Powell/Clarida/Brainard will try to stop this rise in long duration Treasury rates. He didn’t say how, though.

What if they do & actually succeed a bit? Yes, some Treasury shorts will cover. But won’t the bigger beneficiaries be the Amazon cohort that has been languishing? Coincidentally Carter Worth of CNBC Options Action actually predicted that this high-PE cohort will catch up. No, we swear he did.

It’s not too late to play catch-up! Exactly a year ago today, the S&P 500 hit its pre-pandemic peak. Today, the benchmark index sits near new all-time highs. @CarterBWorth lays out three ways to get in on the gains. pic.twitter.com/qoRcyXFRp5

His simple point was that the S&P cannot go up without this group going up, a point made a awhile ago by Marck Kolanovic of JPM, as we recall. What might be a natural corollary? Carter Worth said Long SPY Short IWM.

Rarely has something that we didn’t even dare wish come through & how. Tom Brady & his Tampa Bay Bucs swept aside the magician Patrick Mahomes & his almost-guaranteed-to-win Kansas City Chiefs. The utter demolition was something we didn’t even think would happen. It was unbelievable. We have watched the game over 5 times and we get happier every time we watch it.

Nothing against Mahomes. Couple of incompletions were far better than completions of almost all the QBs in the league. His star is undimmed. The demolishing of the vaunted Mahomes offense is entirely the fault of Coach Andy Reed. He had no other plan, no other option devised except letting Mahomes fling the ball.

In fact, Devin White (TB LB) said in an interview that he asked Chiefs running back (another LSU alum) why didn’t they run when Tampa Defense line wasn’t staffed to stop the run. White said the Chiefs were arrogant. He was absolutely right. Reed was so arrogant about his big play offense that he had not even thought of an  alternative game plan.

In stark contrast, Tampa Bay had at least a couple of game plans ready. After striking out on the first two drives, they ran Leonard Fournette on three straight downs for a first down. Then came the screen to Brate and the come back pass to AB. After that, the Spagnola blitzes were shelved and it became a vintage Brady game. 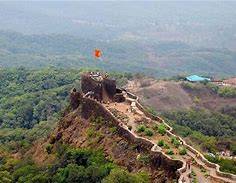 This reminds us of a great battle back in 1659 which, actually was a far far greater triumph. That destruction of the greatest general in the Indian Subcontinent & his large army is still lauded as one of the 10 greatest battles in global military history. That victory was so unbelievable that full reports were sent to Lisbon, Paris & London in Europe, to Kabul, Kandahar & Samarkand. It changed the history of India.

Super Bowl 55 was that kind of a victory but on a far smaller scale. It will be analyzed in detail all across the NFL. Even Patrick Mahomes said after the game that he will use the steady, relentless one first down at a time offense instead of focusing only on the big play.

After the 28-9 score, Shaq, Suh, JPP went after Mahomes like hungry, snarling wolves going after their prey. Frankly, this was even a better attack than the 85 Bears in that Superbowl. Those Bears were attacking a mediocre QB & a mediocre team. The Tampa Bay defense were demolishing the most successful & most storied offense of this era.

Again, that reminded us of the storied attack of the Maratha Cavalry that no one could withstand, not the Mughals, not the Afghans of Abdali and not the British. It was labeled Janjhavaat or Whirlwind. Like Holkar’s attack at dawn with 50,000 horsemen on a large British army with guns & artillery. It was reported that most of the Brits didn’t even have time to stand; those who did couldn’t get on their horses and those who didn’t couldn’t move their horses.

Mahomes didn’t have it that bad. He actually ran for 490 yards trying to avoid the attacking defense. But he took a lot of punishment, the worst being the one at about 55 seconds in the clip below. The last time we saw something like this was Hampton, McMichael & Dent collapsing on Tony Eason.

Next year should be really interesting. Ideally Tom Brady should win his 8th Super Bowl next year and become the next QB to win back-to-back Super Bowls after a young QB did so in 2003 & 2004. Wait, that QB’s name was also Tom Brady, right?