There is no doubt that the Biden team came to power comprised of several viciously anti-Indian (or anti-Hindu as Britophils prefer to say) elements. The smartest & the most committed of them are the privileged “white” Judeo-Christian left.

These steps of the broad Biden coalition and the unease they created in the Indian establishment played a non-insignificant role, in our opinion, in India’s decision to come to a partial agreement with China in Ladakh & a cease-fire type arrangement with NaPakistan.

At the same time, reality struck the smart echelon of the Biden team. That their success or failure will depend on how they handle China. The next four years will tell the world whether America still remains the top power or whether China reaches parity with America. And USA is ill-equipped today to handle China in the Indo-Pacific just as USA was ill-equipped to handle Germany in Europe before WWII.

How ill-equipped? The American Navy sits on the outskirts of this vast Indo-Pacific region – in Japan in the west & in Bahrain-UAE in the East. Look at how isolated that is in the map below. The US has no allies, no partners & no bases in this enormous expanse that touches the Middle East. Eastern Coast of Africa, South eastern Asia and even western Australia. 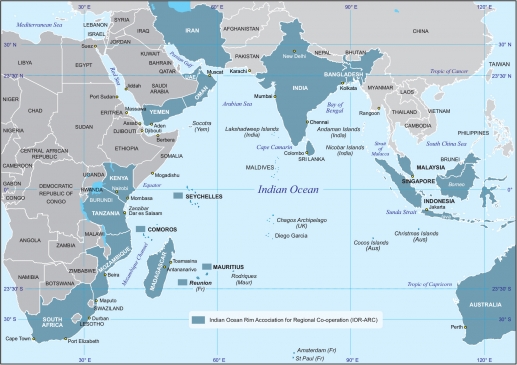 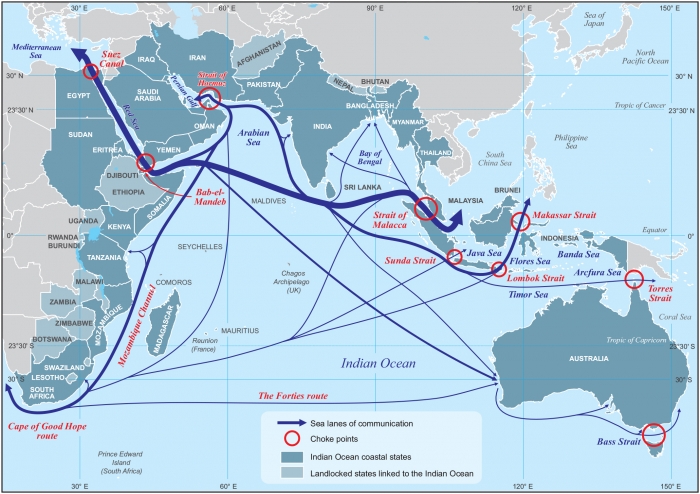 Look at the map above to understand why control of India enabled the British Navy to “rule the waves” & why Britain became a global empire. Now you will understand why Mr. George Nathaniel Curzon, British viceroy of India from 1899 to 1905, considered the Indian subcontinent as being at the center of global geopolitics.

Today there is virtually zero chance for America to put down its own stakes in this critical region. First the costs would be prohibitive. Secondly with the tag of unreliability of US politics & the wide swings in US policy, there is virtually no country that would unilaterally side with USA against China in this center of the Indian Ocean.

Not unilaterally but perhaps as a member of a collective group of like-minded nations? Read what Robert Kaplan wrote in August 2012 in his article India’s Riveting Centrality:

America already had allies in the far east in Japan & Australia. But these allies themselves depend on the world’s energy interstate. Hence Japan, under PM Shizo Abe, was the first to build a long term relationship with India. Australia was sort of compelled by a hegemonic China. American scholars began looking at India almost 10 years ago. Read what Kaplan wrote in his August 2012 article:

And America’s second piece of strategic good luck was the utterly asinine conflict launched by China in India’s Ladakh in May-June 2020. It forced India to launch a massive mobilization that included putting tank regiments on Himalyan peaks overlooking Chinese positions; launching round the clock patrols by fighters over the long border & large scale naval exercises near the Malacca straits. The United States itself galvanized its support of India in terms of key equipment & sophisticated intelligence. The two navies conducted joint naval exercises in the Indian Ocean joined by Japanese ships. The US-Indo defense partnership seemed on its way.

Then came the political swing in America and the potential distancing of India because of some elements of the Biden coalition. This week that seemingly was put to bed and the Biden Administration committed itself to the QUAD – the 4-member group of America, Australia India & Japan (in alphabetical correctness): 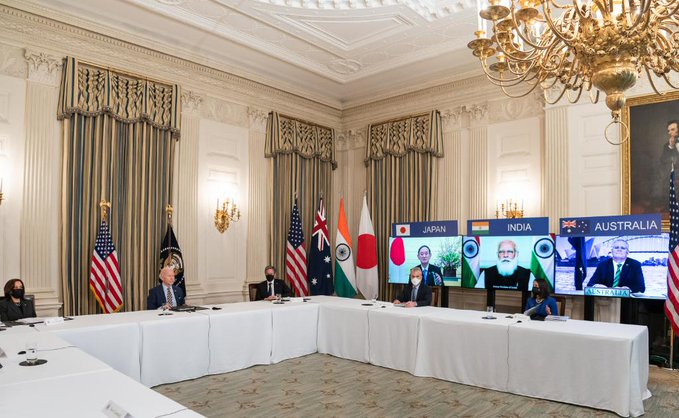 This is not just a naval or military architecture. Witness what Ned Davis, a State Department Spokesperson, said three days ago about Tibet, China’s vulnerable underbelly:

We are really elated to see the series of strong statements from the Biden Administration about China and the role of the Quad. There have been discussions about expanding the Quad to reorient supply chains from China; to mine for rare-earth minerals in which China has a virtual monopoly. There are plans to fund manufacture of 1 billion doses of CoronaVirus vaccines in India for distribution across Asia & outside.
Other non-Asian countries have shown some interest in joining the Quad. Britain has already stated that they would consider joining the Quad when the collective group begins to open up to new members. We don’t want to run ahead of reality but it is indeed possible to imagine the possibility that the Quad may become a broad collective grouping of democratic nations committed to free & open navigation & trade.

Who may not be happy about the Quad coming of age? 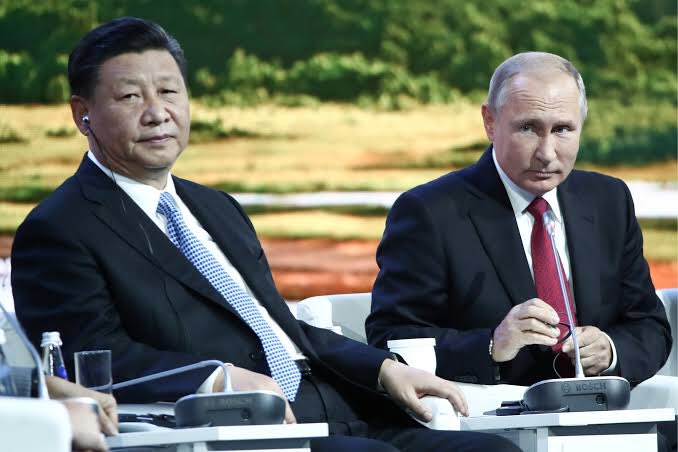