1.”comes like a hurricane .. leaves immunity in its wake“

That is a description of the Delta virus strain that we can understand. It came late Friday on CNBC Fast Money from Dr. Monica Gandhi, UCSF Professor of Medicine. Best you listen to the short clip below. It might make you bit more optimistic as it made us:

And what does an immunity leaving hurricane do? It accelerates our ability to live with it, per Dr. El-Erian:

All this erudite stuff is fine, but we prefer a media indicator: 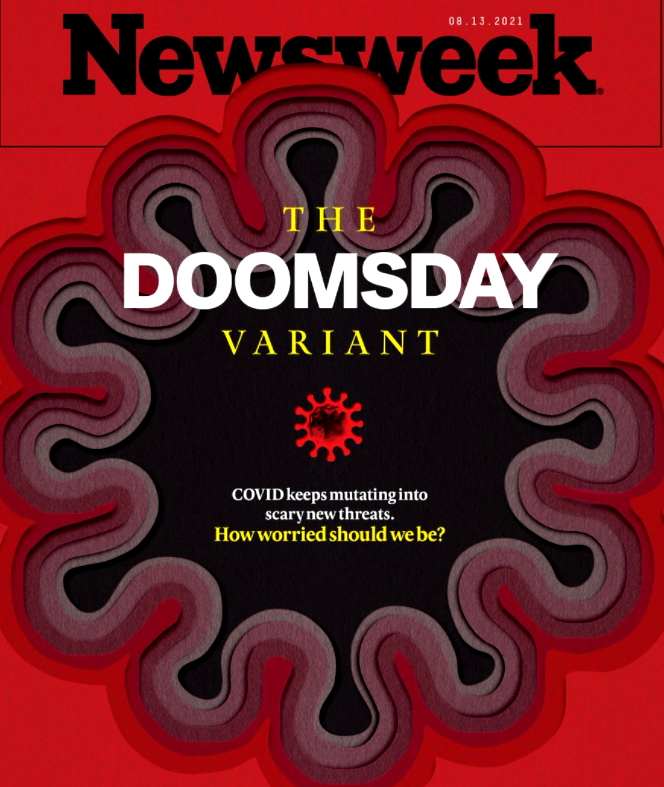 Should we simply view the ADP numbers as covers of The Economist or Newsweek? A surefire indicator to trade against? Friday’s 943,000 jobs number totally demolished the negatives left by the much weaker than expected ADP number on Wednesday.

How good was the NFP data?

He amplified that on BTV saying that for the last six months, every single month has shown 1 million jobs added on a non-seasonally adjusted basis. And he went to state his basic theme that equities with cash on hand, ROE & free cash flow are much more attractive than bonds.

What does the NFP mean for macro going forward? 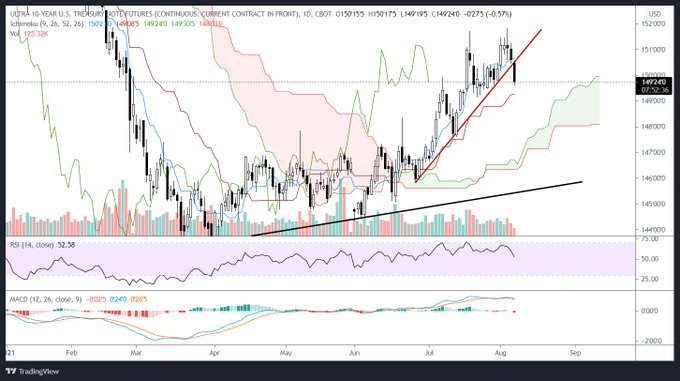 That leads to, as monetary issues do, to the Fed: 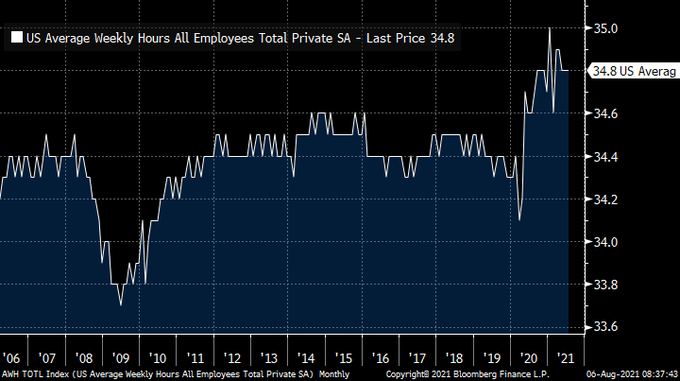 Is there any other issue for the Fed? Yes, it looks so & her name is Lael Brainard. Is her new aggressive anti-Powell tone a campaign salvo or a trumpet of victory?

And Senator Manchin wrote to Fed Chairman Powell suggesting a taper soon to target inflation. Hmmm, is the Senator early or late on his inflation alarm? 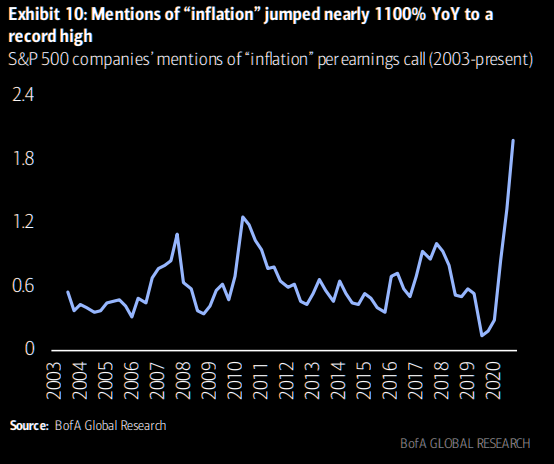 So just as most feel Chairman Powell has done a terrific job navigating the U.S. economy through the pandemic, he seems to be getting told that’s it! He is not the only one because so many luminaries are saying that to the S&P and the Nasdaq 100 at their all-time highs. 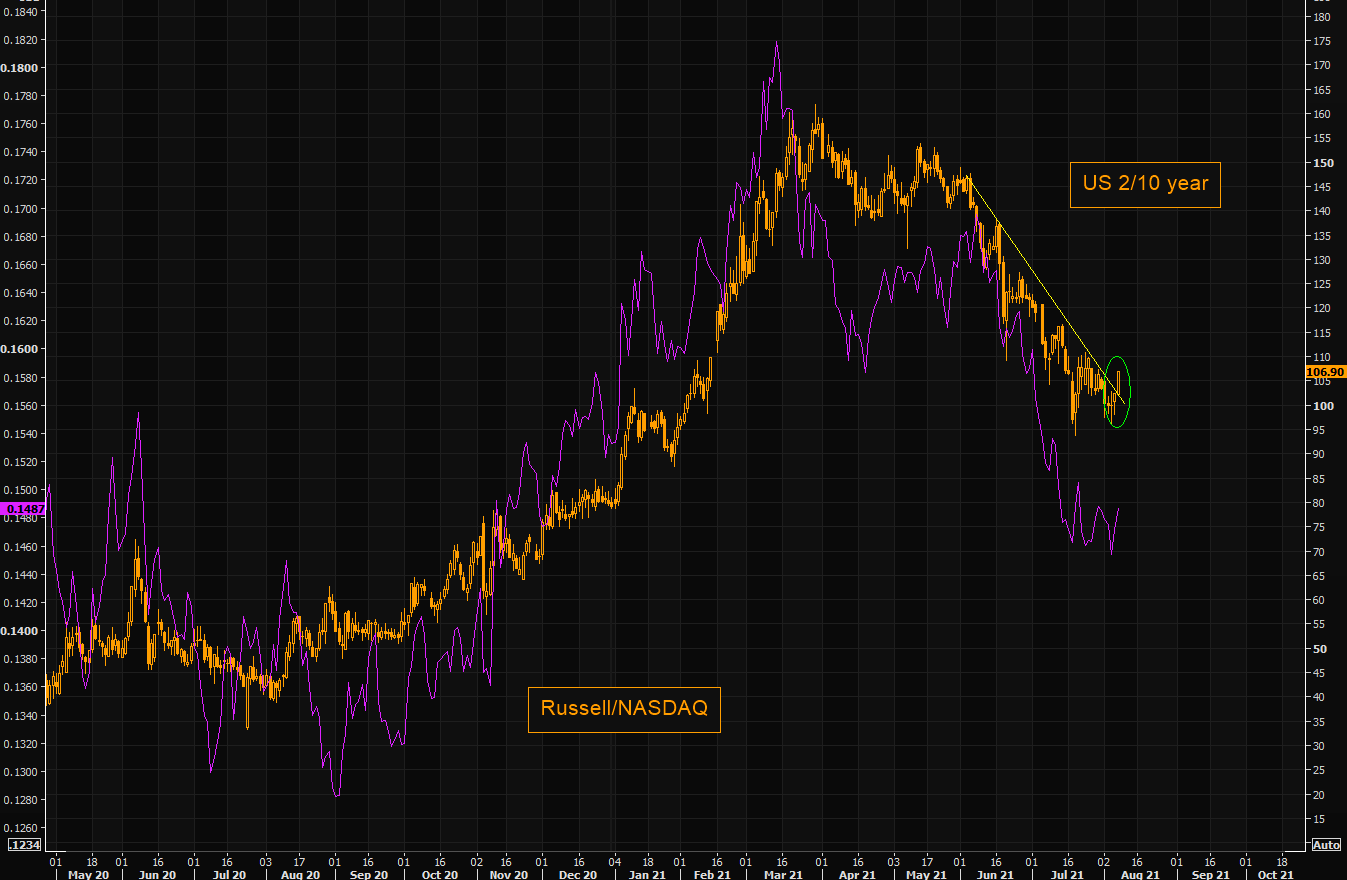 This week began with Mr. Stocks Cramer himself warning on Monday evening about the seasonal pattern pointed out by Larry Williams for August. The abridged clip below shows a weakening Advance-Decline line & a poor On Balance Volume line:

Then on Tuesday evening Cramer relayed the Sequential 13 warning from Tom DeMark. Some quick excerpts from the clip below:

Usually DeMark clips speak of the 13-count about to happen in the near future & we are left wondering whether it did actually happen or not. This time, a DeMarkian confirmed the 13 count:

If that wasn’t enough, another seasonality-focused & usually bullish analyst tweeted the below:

Guess who also came in with a peak but non-predictive model call this week? 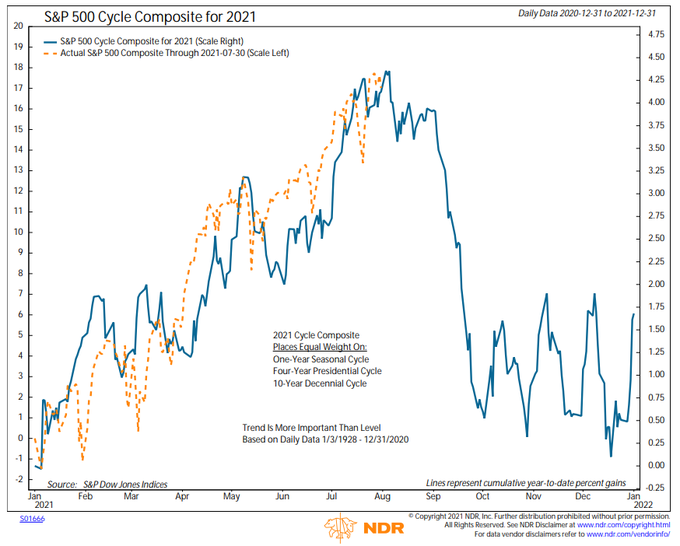 Options flow seems to sending the opposite message, at least according to one who has been right at key inflection points in 2021: 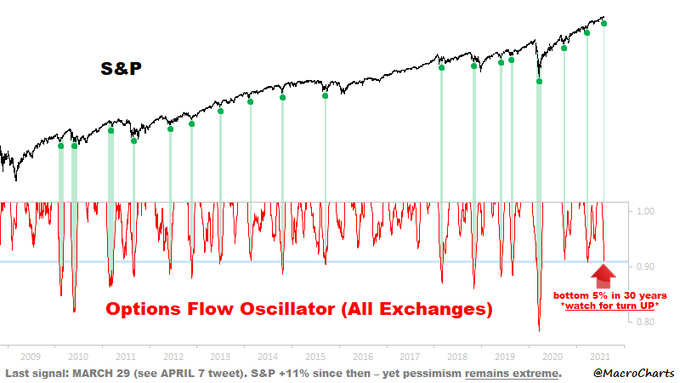 Not everybody dislikes the QQQ, at least not on a protracted basis: 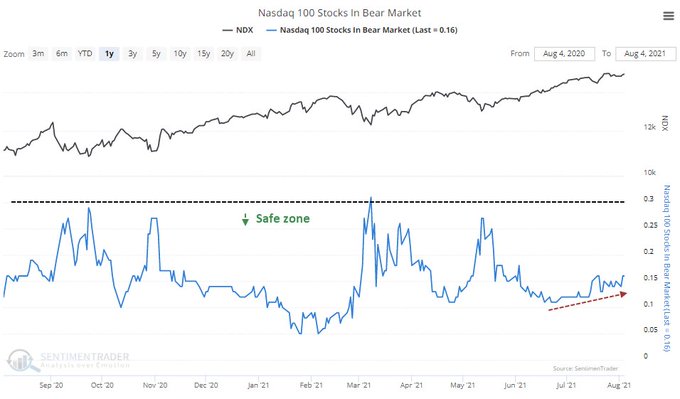 In a similar vein, Bob Lang of Explosive Options wrote in his email on Friday – Volume and breadth improve while market action remains constructive:

Going back to something that has been a good guidepost, VIX closed down 11.5% this week to 16.15. Lawrence McMillan of Option Strategist wrote on Friday:

What about the Firm whose stock made a new all-time high on Friday? 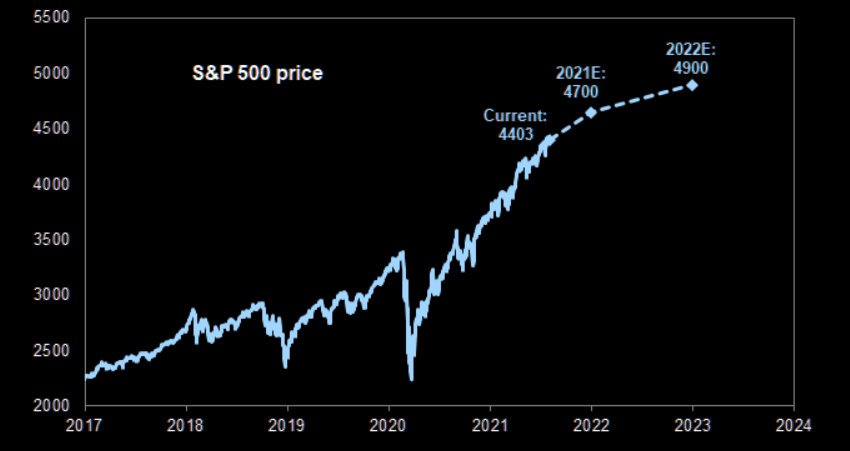 Gold, Silver & Copper were all down this week as Dollar rose. Oil was flushed out this week, down 7.8% and Brent down 7.7%. But some like a flush out: 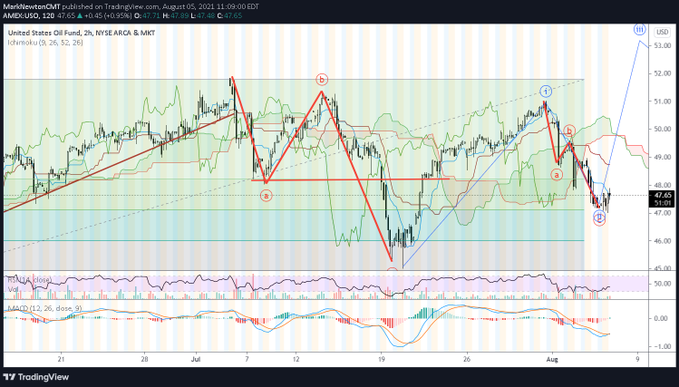 Look what J.C. Parets wrote in his Friday email:

One of the subgroups he highlighted is Feeder Cattle futures: 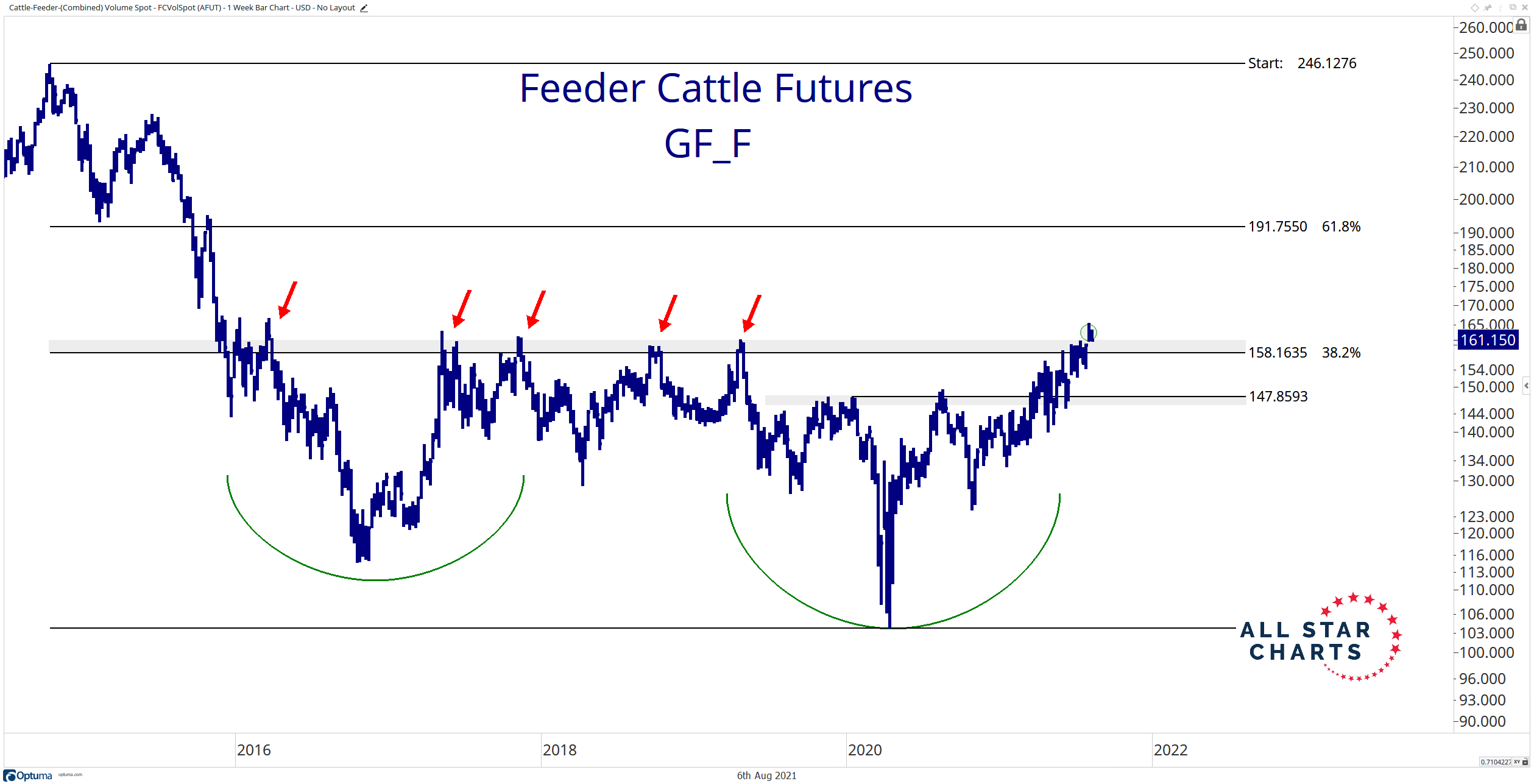 On a more top-down basis, take a look at: 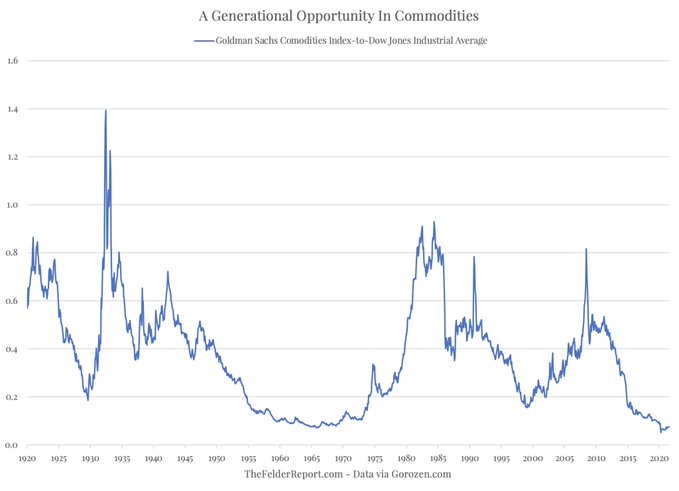 To quote from his introduction: