That’s the only word we can use to describe the performance of Chairman Powell in his presser on Wednesday, November 3. The mark of the truly smart is how they well & how quickly they learn. By that standard, Powell is smartest Fed Chair we have seen. Greenspan was called Maestro but Powell has left him behind and in a much more positive way. Greenspan prided himself in making sure people don’t understand him. Powell’s virtuoso performance was masterful because he was clear & he made himself clear to all the markets.

He was so clear that even simple folks like us got it. Look at what we tweeted to the masters of the Fin TV universe (BTV, CNBC, Fox Business) on the morning of the day after Powell’s presser (Thursday November 4):

So many expressed surprise late this week about the fall in Treasury yields. They should have remembered what Priya Misra of TD Securities said (on BTV) on Wednesday, October 20:

That is precisely what Chairman Powell did in his Press Conference on Wednesday November 3. He pushed back with strength couched in gentle, even delicate prose & tone. He satisfied those who were clamoring for action by giving them some like a taper beginning this month. But he took it back by saying they might increase the taper or reduce it as conditions warrant.

What about raising rates? Look what he said:

Some like Brian Chappatta of BTV said “what does that mean lol“? They didn’t get it but the Treasury market clearly did.

This is what Priya Misra meant (we think) by saying “all the bond markets in the front end are calling the Fed’s bluff“”. Others were saying similar but in less combative language like Frances Donald of Manulife on Tuesday, November 2 saying “central banks are too hawkish“. And then you saw Ian Lyngen of BMO saying softly but directly on BTV on FOMC morning (per our recollection & sparse notes):

And then Ian Lyngen actually committed what amounts blasphemy among the big money guys:

And yet, the CNBC show (Half Time Report) and its host (Scott Wapner) have not even mentioned the great call by Gundlach in the last two weeks. Amazing isn’t it? A network like CNBC which still depends on viewership has not been marketing this great Gundlach call to tell its viewers how they may benefit by watching CNBC.

Is this because of some great insightful strategy in the executive management of  CNBC or is this being “dumb as a door knob” as it seems to simple viewers like us? Actually it might be because of intense quasi-religious intolerance of Treasuries & low yields at CNBC, especially at CNBC Half Time Report! It appears that host Scott Wapner has so gone over to the big billionaire crowd that suggesting Treasury yields could go lower seems like blasphemy to him. Speaking personally, we would like to say Thank you Mr. Wapner because his quasi-religious orthodoxy was a signal to us to believe in the opposite.

So how do we really feel about what Chairman Powell did in his statement & presser? Look what we tweeted to the big money Fin TV universe on Thursday morning:

Friday 8:30 am delivered a strong, impressive Non Farm Payroll report according to most observers. Actually it might have been much stronger than even most observers said.  It took the manager of the monstrous asset pool, Rick Rieder of BlackRock (on Bloomberg Open), to explain the true size of job gains:

So every one expected rates go up as the stock market rallied hard in the pre-market. To their delight, Treasuries acted as they would have expected by rising 2-4 bps across the Treasury curve.

And then the other shoe fell. We ourselves were surprised enough to point it out to the Fin TV elites:

We think of the 30-year Treasury Bond as the “bondo the tutti bondi” (in a pathetic rephrase of capo the tutti capi title). Pathetic or otherwise, the entire Treasury curve followed the 30-year and went negative. Not just small negative but decidedly negative on the day with

This shocked our CNBC Anchor friends who kept wondering & asking their guests (equity managers all) why did rates fall? One obvious reason is as Rick Rieder explained on Bloomberg Open (minute 8:50 to 11:50) on Friday morning:

But this seems unsatisfactory to some, in particular to the normally astute Lisa Abramwicz who tweeted on Friday:

Hmm! We don’t suppose Ms. Abramowicz is a fan of Steven Segal movies. Louis Pasteur may be more her type. So allow us to Google-quote the following:

So how does one prepare the mind in the field of observation of interest rates? One quick, easy way is to check writings of Rosie, he of the ultimate inverse pseudonym:

We prefer eloquent pictures with words. Sadly we like many of our viewers don’t have access to Mr. Rosenberg’s charts (unlike Ms. Abramowicz we presume). But not to worry because we have the magnanimous Mr. Twitter & Mr. Bittel: 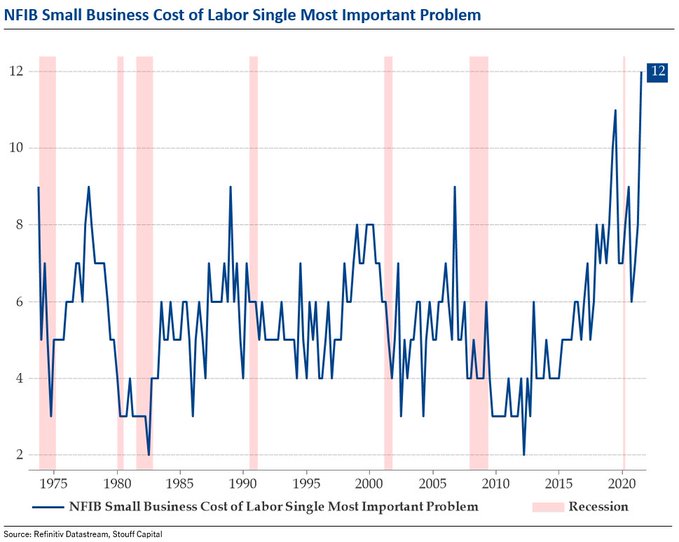 Is there an implication here? 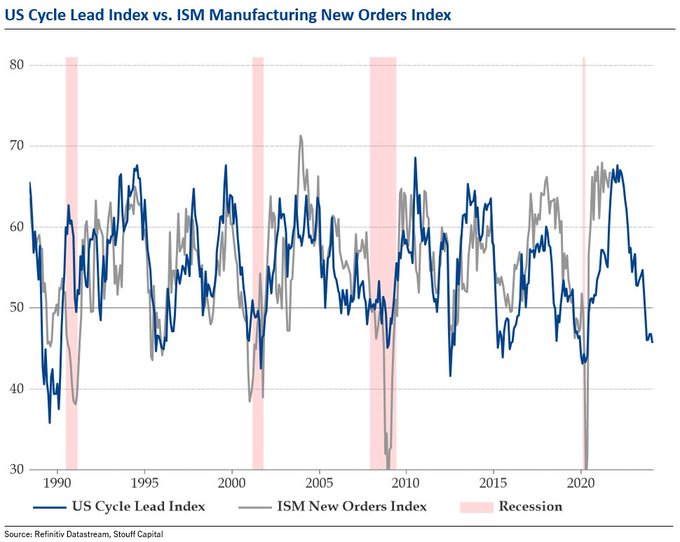 We wonder whether the above qualifies for a “fundamental narrative for bond yields” for Ms.  Abramowicz. Will she tell us?

After a great October, the first week of November was terrific as well:

Is there anything that we would have preferred to complement the above? Look again at VIX chart of last week:

VIX bottomed for the week on Thursday late morning around 14.75; it again fell on Friday morning only to bounce hard above 16 on Friday afternoon. On two successive days (Thu & Fri), VIX rallied 2.25% & 6.74% resp despite strong rallies in S&P. We recall that Cramer & his techni-pals have told us that it is bearish when both S&P and VIX go up simultaneously.

Assuming it is bearish, many (Mark Newton, Ryan Detrick to name two) tell us that a 3-5% selloff that lasts a week or two is all that we might see and that would be a buying opportunity.And our VIX guru seems to agree:

What should people trim if there is a short correction or even without it? Anastasia Amoroso said the following on Bloomberg Open on Friday:

On the other hand, how much further can the stock market go, on an average?

Then what might work better than the staid Dow? 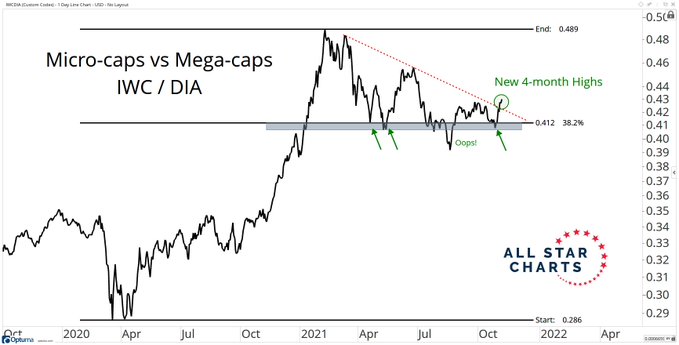 Even a recent skeptic asked the question: 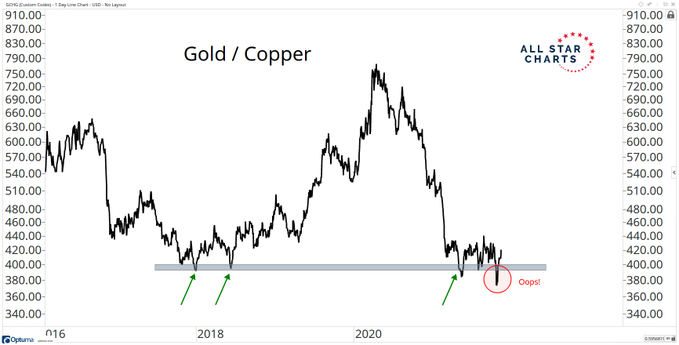 We can’t remember a time when our thoughts about Diwali were so focused on what happened this week in America. For details refer to our adjacent article A Great Week of Diwali & A Perfect Start for the New Year. But however focused we might be on USA & NYC, we have to show the scale of Diwali celebrations in the ancient city of Ayodhya that might have begun Diwali. Reportedly 900,000+ lights were lit along the banks of the legendary Sarayu River.