1. What a stupendous stunner?

Something that transcends the usual, something that is so phenomenal that even people who have seen it all get utterly moved. We are talking about what veteran Dan Dierdorf said about the amazing demolishing by Michigan of a powerful Ohio State team that many thought would win the national championship.

This was not just a win but a stunningly physical beatdown of the vaunted Ohio State lines, both defensive & offensive. An additional fuel was, in the words of Michigan Defensive End Aidan Hutchinson,

Something like that happened on Friday, December 3, 2021, the day of the November Non Farm Payroll report. Everyone who spoke about it raved about the internals of the report & what that showed about the U.S. Economy. Bob Michele of JPMorgan Asset Management did not get as personally emotional as Dan Dierdorf did about Michigan but he was almost as eloquent (on BTV Real Yield) describing both the report & the economy as terrific and saying business is as good as it gets. Rick Rieder called it a good report across the board without any ambiguity. Even the usually un-rosy David Rosenberg was ebullient (for him that is):

Rates in the belly of the Treasury curve did rise as they should have. But then something stunning happened. Rates began falling & kept falling hard across the entire curve all through the day. So hard that normal technical levels were pushed aside just like the Ohio State Defensive line:

Just about everybody knew what had happened in the Michigan – Ohio State game, but hardly anyone knew what happened on Friday to interest rates, especially the 30-yr rate. Not even David Rosenberg who asked for thoughts:

Scott Minerd had said on CNBC Fast Money on Thursday (day before the NFP Friday) that if the 10-year yield breaks 1.40%, then it will go to 1.20%. But during those comments, Minerd said something we had not heard from such acclaimed prognosticators:

Before we get there, could we hark back to Friday October 22?

If we recall correctly, the week that ended on October 22 was a week of celebration of 10-years of CNBC Half Time Report hosted by Scott Wapner.  The bond guy was left to be the last guest of the week. But it proved to be a great illustration of “the last but not the least” saying!

Think back to the magnificent call Jeff Gundlach made on that Friday, October 22 to Scott Wapner:

Remember Genghis, Ogadei, Kublai? They were not only Khans of the Mongols but their title was Khan of All Khans because their writ was supreme. In a similar vein, the 30-year Treasury bond is the Bond of All Bonds. Just look how the post-October 22 rally in the 30-year bond has contracted the Treasury yield curve:

A week and half after Gundlach’s call, Ian Lyngen of BMO said the following on BTV Surveillance:

Think back to Aidan Hutchinson’s (Michigan Defensive End) comments about the disrespect shown by Ohio State players. Such fuel of disrespect doesn’t only galvanize a beatdown in Football but it also leads to a demolishing of disrespecters in Treasuries. Recall the tweet dated October 19 from BTV’s LA: 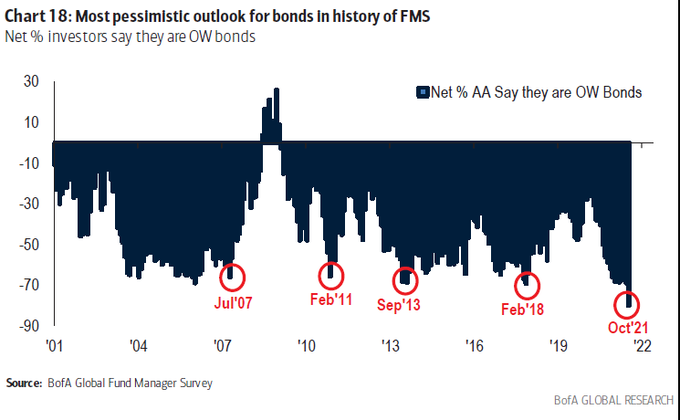 Now that’s what we call fuel for a Treasury rally. What we don’t know how much of this fuel has been used up in the 38 bps rally in the 30-year. Could Ms. LA enlighten us?

Actually & to be absolutely frank, the man who drove this Treasury rally is neither Gundlach nor Lyngen. And he only began driving this rally just before Thanksgiving. Who is this man, you ask?

3. Hail to the Chief

That man is Fed Chair Jay Powell. Just look back to how the Treasury curve closed on Tuesday, November 22:

Then came Wednesday and Treasury rates fell with 30-yr down 6 bps. Now fast forward to Friday after Thanksgiving:

No it was neither the Turkey nor any wine. It was the minutes of the November Fed minutes released on Wednesday, November 24 afternoon. And, by the way, on that post-Thanksgiving Friday, the Dow fell 905 points, the S&P by 107 pts, NDX by 342 points, RUT by 86 pts & Transports by 611 points.

Why? Probably because the Fed minutes released on November 24 revealed a completely different Chairman Powell than the one we all saw in the FOMC presser on November 3. It was as if Dr. Jekyll had turned into Mr. Hyde.

After a wonderful Thanksgiving weekend, the mood turned rosier. Treasury yields went up 3-4 bps and Dow was up 237 with NDX up 374 points. Then came Tuesday & Wednesday with Fed Chair Powell speaking to the Congress with Secretary Yellen. The dam broke then:

Fortunately Thursday was a relief day for stocks with the Dow up 618 points & the NDX up 113 points. But the Treasury curve still contracted further with 30-3 yr & 30-2 yr contracting by 8 bps.  Some argued that the sell off in NDX & stocks in general had reached oversold levels.

Then came Friday & the NFP report and Treasury & NDX melted down further.

We went through this painful rehash to demonstrate that it is the Jekyll-to-Hyde transformation of Chair Powell that is absolutely & singularly responsible for the two-week long turmoil in all financial markets.

But which apparition is he imitating now? A really smart guru says it is the Fire version or the Q4 2018 Powell.

“think about this – 3 rate hikes next year plus a full taper plus at least 1 trillion dollars of fiscal drag – add it all up & its a colossal fiscal & monetary hit to the economy … asset prices are so high that they probably can’t take it; they are probably going down 20-30% into the Fed meeting or until January. until the Fed backs away.. “

But in that 2018 Fire version of Hyde-Powell, Treasury yields kept shooting high & didn’t stop until Powell reversed. The reverse is happening today. Treasury yields are melting down leading us to wonder whether this is the Ice version of Hyde-Powell, a la 2007-2008. Look how the banks got torpedoed this week & how commodities got discarded across the board. Also credit underperformed Treasuries.

This seems like Ice to us, not Fire. And that is a big problem, not merely for Hyde-Powell or Biden but to all of us, the American people!

Frankly & despite the above, Friday afternoon did seem somewhat panicky to us. We did wonder whether the Docusign decimation plus the meltdown in Treasuries was because of some kind of liquidation of a fund or a group of over-allocated longs. A tiny sign of that was that unpopular IBM & Cisco closed up on Friday.

When in doubt, we look at the VIX or to smart people who write about VIX: 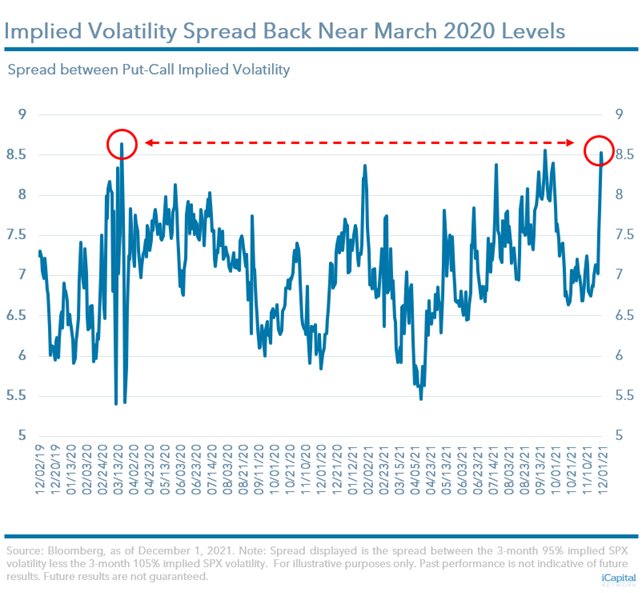 But what about VIX futures?

Given the above, would you have expected the below? 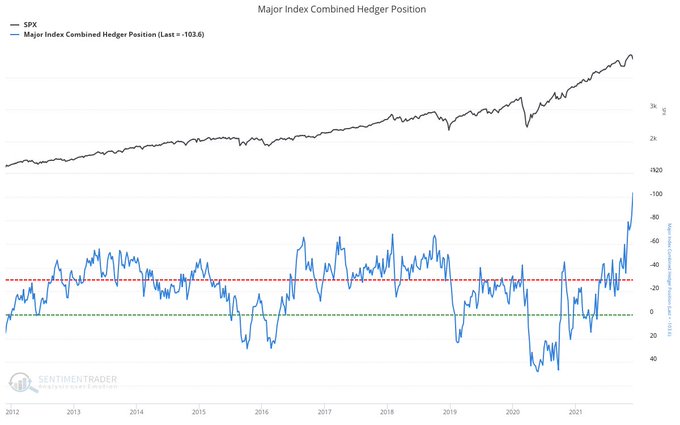 What’s going on? More importantly, what will happen next? Will VIX fall or will the longs sell? Guess we will find out next week.