We love horses & have always loved them. They are such magnificent animals & they react so well to signals. That’s why we used their analogy in our last week’s article – “stocks reacted as horses do when the gate is opened at Kentucky Derby“. What signal catapulted them?

Clearly that was NOT the consummation Chairman Powell had wished for, devoutly or otherwise. In fact, in our humble opinion, he desired the reverse. He has been trying to walk a thin line, we think, between being as hawkish as the financial elite want and his more rational & modest hawkishness. So to maintain his own hawkish credentials among the financial & political elite, he probably wanted a muted reaction from the stock market. Had stocks gone down modestly in response to his presser, he would have been content in our opinion.

Instead he got an explosive breadth thrust from stocks. Not just an ordinary thrust but the “Strongest 4-Day Breadth Thrust in history“ according to @MacroCharts. That means all the political & financial elites in America would call him names, including the normally mild-mannered Rich Bernstein:

No wonder Chairman Powell came in on Monday, March 21, determined to punish these wild unruly markets. And he delivered his spanking. He virtually promised to raise rates by 50 bps in the next meeting & keep raising them. What was the reaction of the Treasury market?

But how did the stock market horses behave? Did they respond to the tongue lashing by Chairman Powell or the tightening of reins by the Treasury market? No; they kept going as if they were now running in the Preakness Stakes right after finishing the Kentucky Derby:

CNBC’s Sant-O, otherwise known as Mike Santoli, summed it up perfectly – “All the Bulls had to do was to preserve last week’s rally; they actually increased it“. The normally un-mild Jim Cramer was also mild & emphatic in his Friday evening show saying that Larry Williams says the Bear Market has ended.

But is the fuel spent? Have the speculators covered most of their shorts? 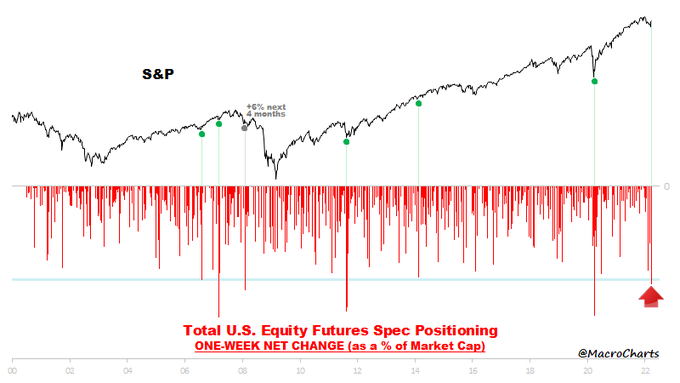 So should Chairman Powell be unhappy? No because he may be in the pole position for claiming the “Maestro” title that we have already bestowed on him. Remember when Chairman Greenspan began being recognized as a “maestro” type? It was after he successfully “whipped” inflation in 1994 by hurting the Treasury market like an Ava-Taar of Mongol Generals of Genghis Khan. The second quarter of 1994 was a rout personified for the Treasury market.

Why remember that now? Because of a hawkish for awhile economist, one who still expects the terminal Federal Funds rate for this cycle with a 3-handle, even possibly a 4-handle. Look what Ian Shepherdson, Pantheon Macroeconomics Chief Economist, said on Bloomberg Surveillance on Friday, March 25:

Is that what the stock markets, especially the cap-weighted S&P & the NDX, are smelling right now? Remember the 1994 bear market in Treasuries & tech stocks like Cisco ended at the end of Q2 1994.

No one knows how Q2 2022 will turn out. But if Shepherdson proves correct in his analogy to 1994, then the bear market in Treasury market might end soon & the NDX might rally on. And, in that case, the maestro title will certainly fit Chairman Powell.

It certainly has gone off the radar of financial markets and of Fin TV. And it looks as if President Zalensky’s address to the joint session of Congress was his peak in America. Read what (retd.) General Keane said on TV this past Wednesday:

Over last week, we heard from two different sources about how the position of Ukrainian forces might end up being “precarious”. A recent CNAS (Center for a New American Security) podcast spoke about a pincer movement that is being slowly undertaken by Russia via one set of forces moving south from Kharkiv & another moving north from South Ukraine. This pincer movement could trap a sizable number of Ukrainian military in the Donbas region. And that the CNAS podcast labeled as being “precarious” for the Ukrainian military. 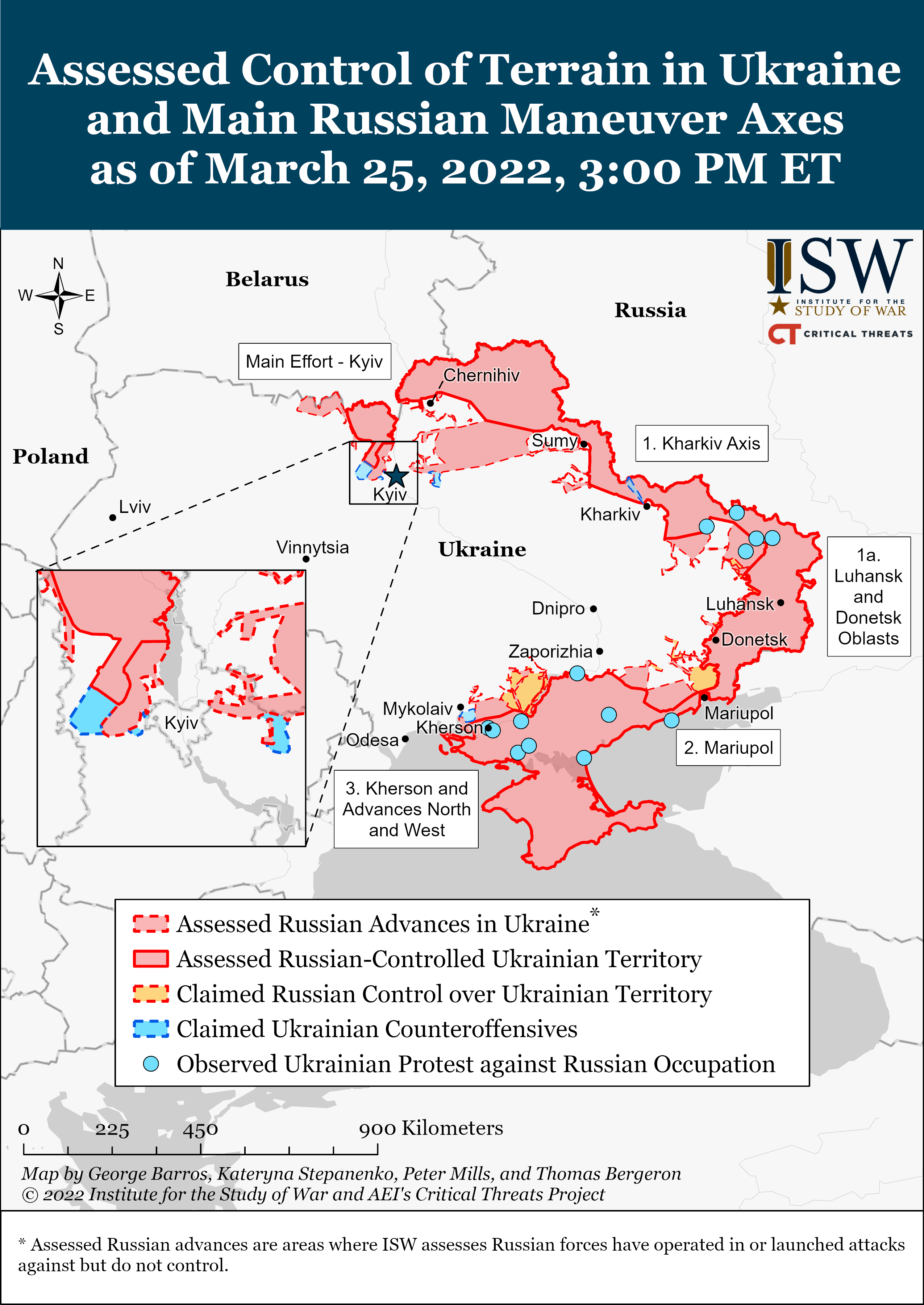 We also saw a retired military expert voice the same concern on a Fox show this weekend but can’t recall either the expert’s name or the show. This expert said that 40,000 Ukrainian soldiers might get caught in this squeeze. This concern might also suggest why the White House has been putting pressure on President Zalensky to make a deal now & why President Putin might not be willing to rush into a deal.

However it does look as if a deal could be reached in not too distant a future. And if it does, it will again demonstrate that markets tend to know what might happen better & faster than media.

*PS – After our references to magnificent horses & the first two legs of the Triple Crown, how could we not feature the GOAT Triple Crown performance by the GOAT of horses?