Last week we had written about the then curve inversion as “complete bull crap in our humble opinion” and added:

Last week, the 3-year yield was the highest yield in the 2yr-30yr Treasury curve. So how did the Fed cure this feared “curve-inversion”? By getting an even more powerful member of the Fed to launch an even more appallingly bombastic statement.

And it worked because “poof” went the curve inversion on Tuesday April 5 thanks to a bombast from Lael Brainard, nominated to be the Fed Vice Chair & the one with the most political power & loyalty. The best & most succinct comment about the Brainard bombast came from one not normally praised for being succinct. Josh Brown, CEO of Ritholtz Wealth Management, said on CNBC Half Time Report on Tuesday April 5 (at about minute 7:20 of the show):

How is sternly warning the stock market about Rapid Quantitative Tightening a mission to rescue Joe Biden’s midterms? Well, look what President Biden had unveiled a week ago as a key part of his new plan?

Even if this proposal doesn’t pass into tax law, attacking billionaires for their obscene stock wealth would seem to be a populist campaign slogan. And look who jumped on the band wagon this week? Bill Dudley, the guru of the Fed & a long time head of the New York Fed, published his moral prescription on Bloomberg.com – “If Stocks Don’t Fall, the Fed Needs to Force Them“.

It seems that a rally in the stock market is seen as anathema to President Biden’s chances in the midterms. They think running against excessive stock riches of billionaires is good politics for them. If you doubt our conjecture, look at the match of strong rally action followed by Fed verbally stomping on it.

Think back to March 18, two days of the “maestro” Powell presser. Remember that stocks ran as his presser started as race horses do when the gate is opened. Clearly that presented horrible visuals for the Biden Fed. So Chairman Powell came on Monday, March 21 to stomp on the stock rally.

But, as we see from the 1-month charts, Powell did not end up stopping the stock rally. Instead, he “inverted” the Treasury curve. And as the long duration Treasuries outperformed, so did the NDX stocks. Ergo it was necessary to get the real power player to speak up.

Yes if this continues then the Democrats can certainly run on having hurt the beastly billionaires where it hurts the most – in their unsold stock portfolios. But how is that good news for the middle class voters with 401-Ks? 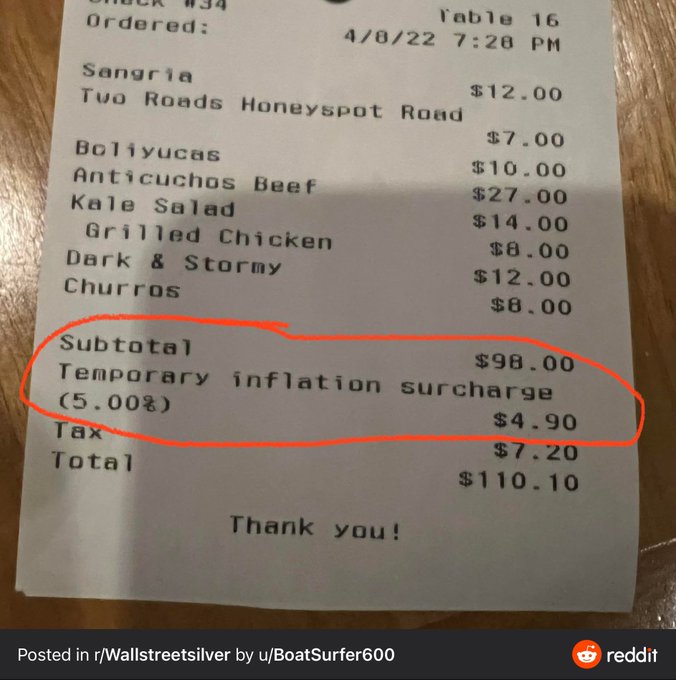 After getting hit hard in their pocket books from rampant food inflation & gas price rises, they are supposed to be happy that their retirement monies are also getting torched?

What happens if the stock market does listen to Lael Brainard & Jay Powell and we get a 20% decline in the stock market as some smart gurus predict? Will President Biden celebrate that as a success of his policies?

Wait a minute. Is that why this Biden Fed has focused only on verbal stomping on the stock market instead of walking their walk? Ask yourselves, why didn’t this Fed raise rates this week, especially in conjunction with the “updated” Fed minutes? Wasn’t it the perfect opportunity to both raise rates & do some QT instead of simply babbling about it? Or did the Fed not act because it is easy to take back words but much much harder to take back a rate hike & QT action?

Speaking of their resolve, think back to the Wednesday before Thanksgiving 2021. That was the day the Fed began talking about rate hikes via their then-“updated” minutes. How much have they actually done since Thanksgiving 2021? One rate-hike of 25 bps!

Recall the effect Powell’s bombast of March 21 had on the Treasury curve that week:

Compare that with the effect of Brainard’s bombast this week:

None of this has had anything to do with the state of the economy or policies implemented. It is entirely due to verbal bombasts by the Fed-heads.

Give them credit, though. Treasury market has been listening to them and acting on it: 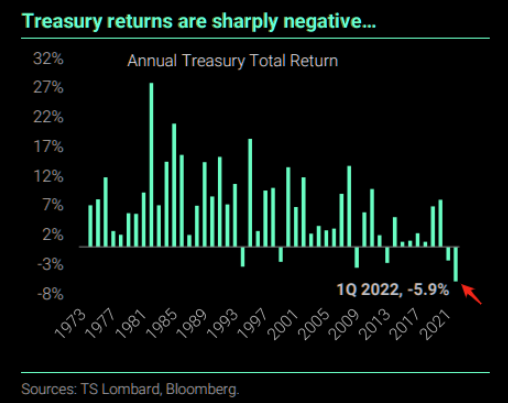 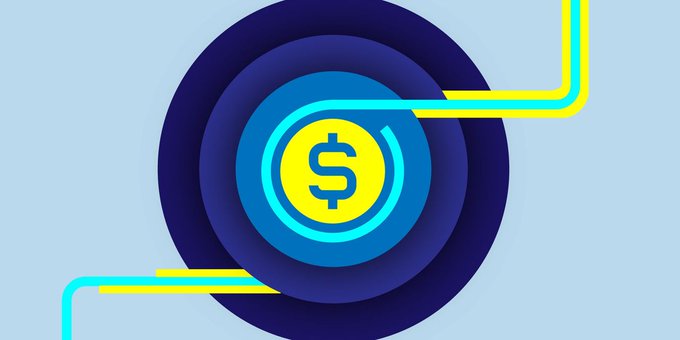 First the View of the Flow Show of BAML:

Ok but what about net exposure? 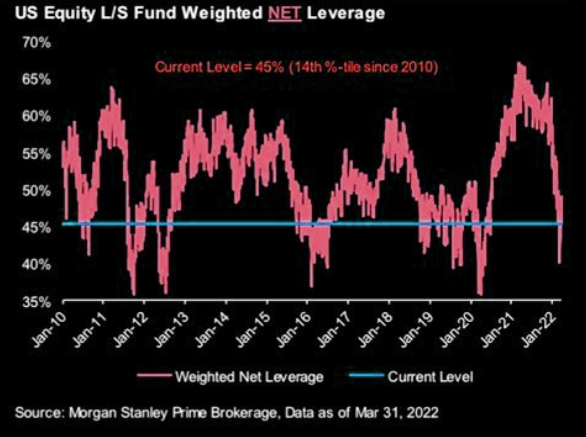 How does the market action look from above? 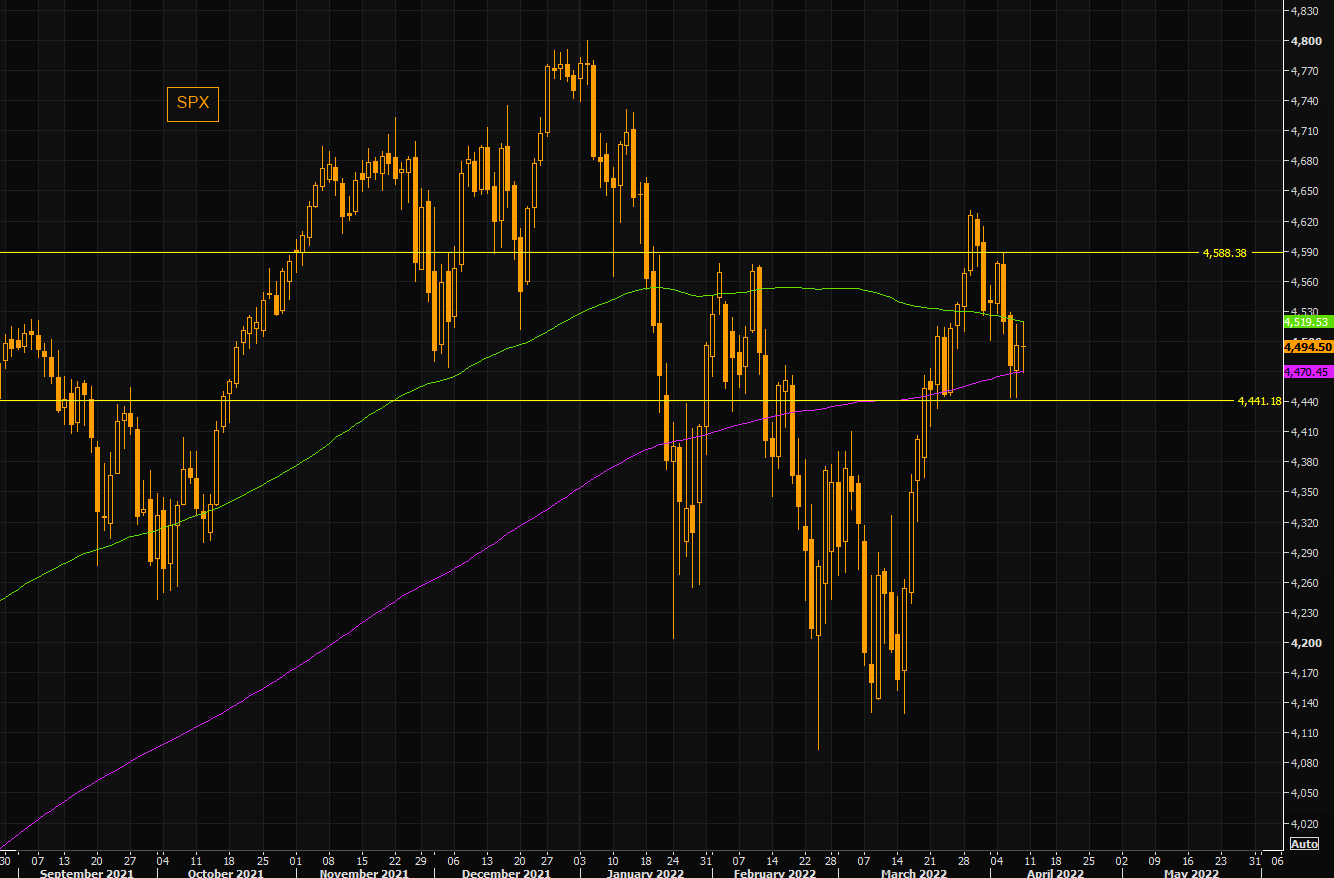 And what does Lawrence McMillan of Option strategist say in his Friday Summary?

Finally a group that usually has been right: 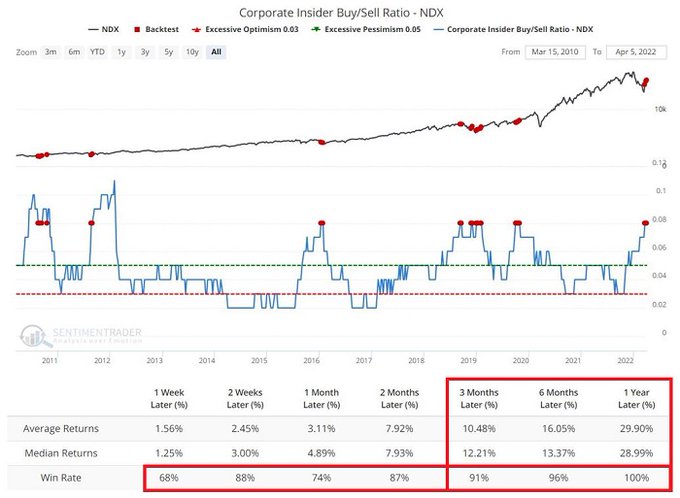 We were somewhat surprised with the speed with which Russian forces captured Izyum last week. This week Ukraine & every one else was focused on the Donbas-Luhansk area. And we saw absolutely no progress from Russian forces towards their next objective, the very critical Sloviansk. The best way to see the flexibility Sloviansk would provides Russian is via the NYT map below: 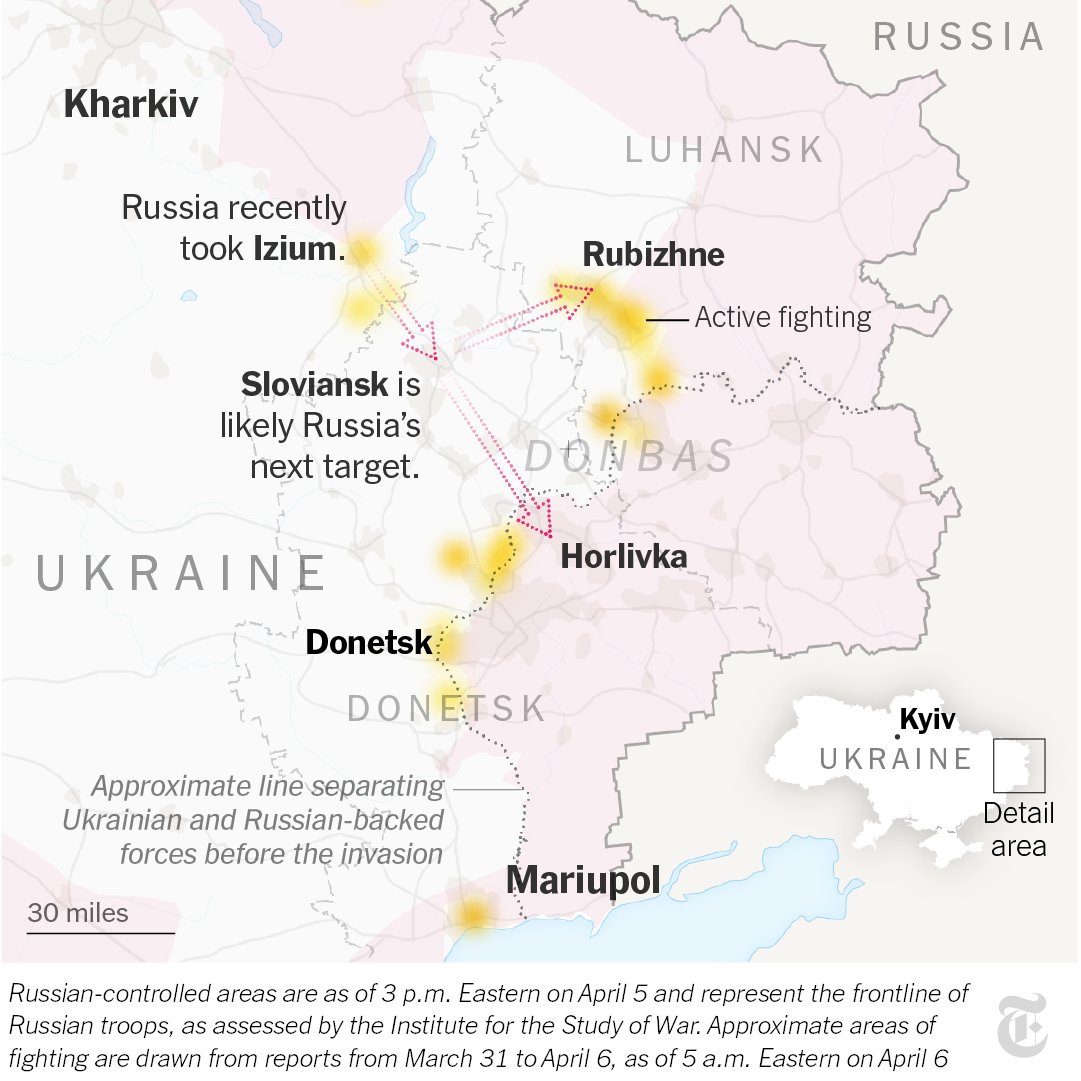 But Ukraine forces are guarding the Izyum-Sloviansk road per ISW and according to ISW’s RUSSIAN OFFENSIVE CAMPAIGN ASSESSMENT, APRIL 8:

But what stuns us is the sheer stupidity of this war effort: 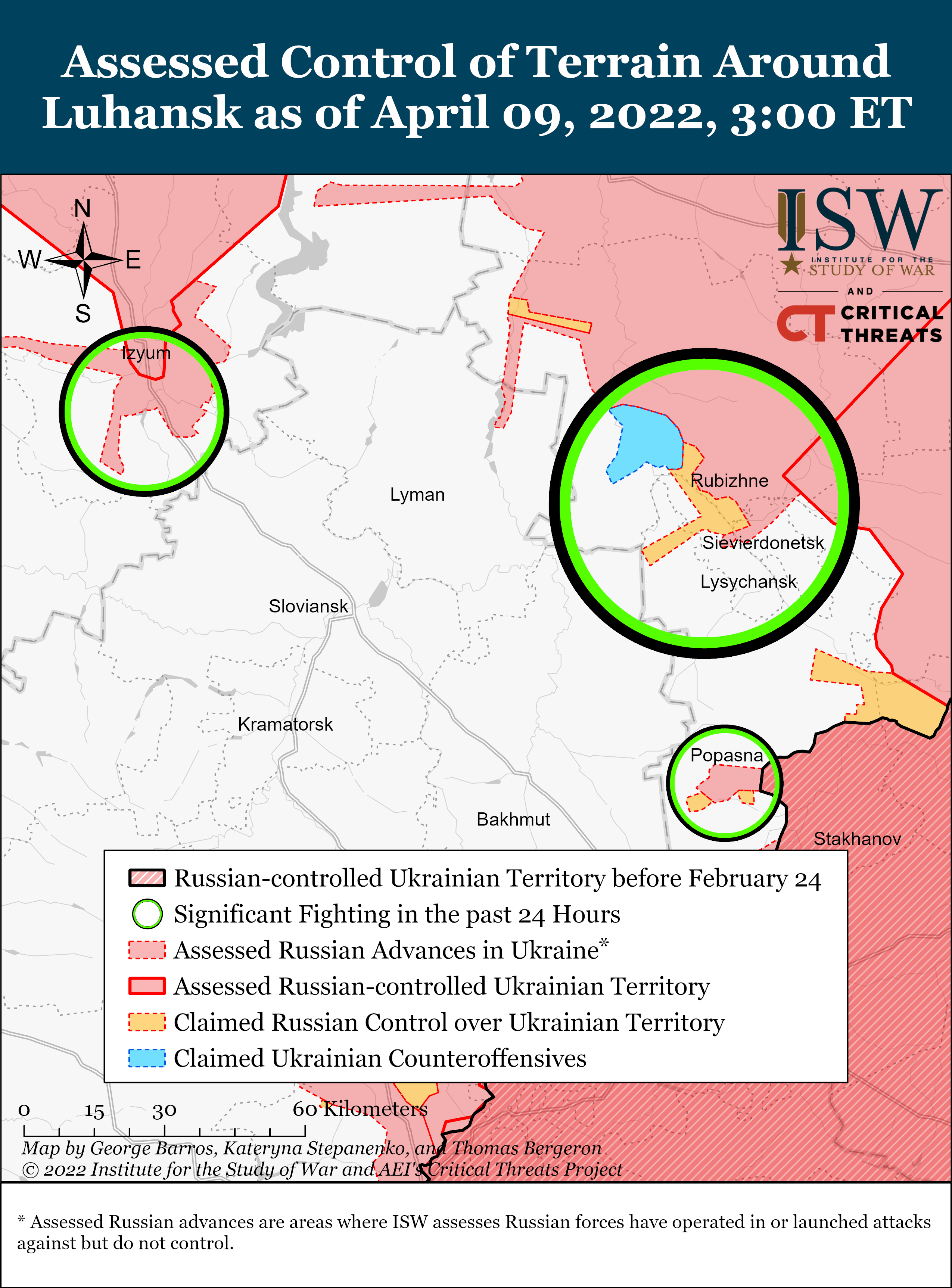 Kramatorsk in the map above was the place where the missile struck the railway terminal. It is southwest of Sloviansk. Look at the wide open area between Sloviansk, Rubiznhe, Popsana & Kramatorsk & wonder why the Russians are not carpet bombing this area.

Imagine for a moment it is the American military that is attacking this area. Could you imagine any US forces getting exposed to dug-in well armed defensive forces without the entire area bombed by a wide range of bombers & anti-tank aircraft? Even back in 2003, weren’t the Iraqi battalions with heavy armor first virtually decapacitated by weeks of intense bombing?

From what we hear on TV, the Ukrainian forces in Donbas & Luhansk are the best that Ukraine has & they have been superbly dug-in for over 7-8 years backed up by a solid infrastructure & battle plan. No wonder Russians can’t even progress from Izyum to Sloviansk for over a week!

What can be said in a nutshell?

What about the new Russian General in charge, the guy who headed the Russian war in Syria? If we recall correctly, he had Hezbollah & the Iranian militias serving as his infantry. Clearly Russian infantry is far far less capable and far far less determined to accept casualties. So will this new General convert the Donbas into another Syria with incessant & brutal bombings? And does Russia even have such quantities of armaments left after the disaster around Kiev?

While we have no real clue about what will happen in eastern Ukraine, we can see what is already happening in weak economies around the world?

Just pictures & tweets suffice for this week, courtesy of retweets by Jim Bianco:

More video from Sri Lanka, where the currency is collapsing and food shortages are increasing.

People in UK speaking about higher prices for food and energy.

This is just the beginning. 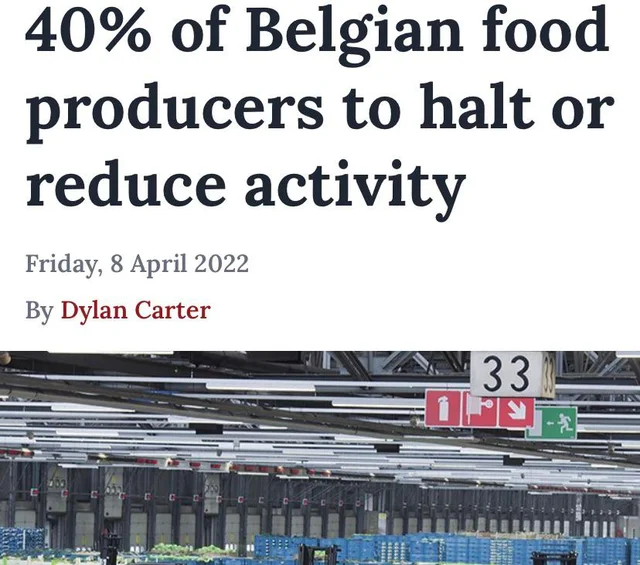 The people are upset over high costs of food and fuel.

And coming back home: 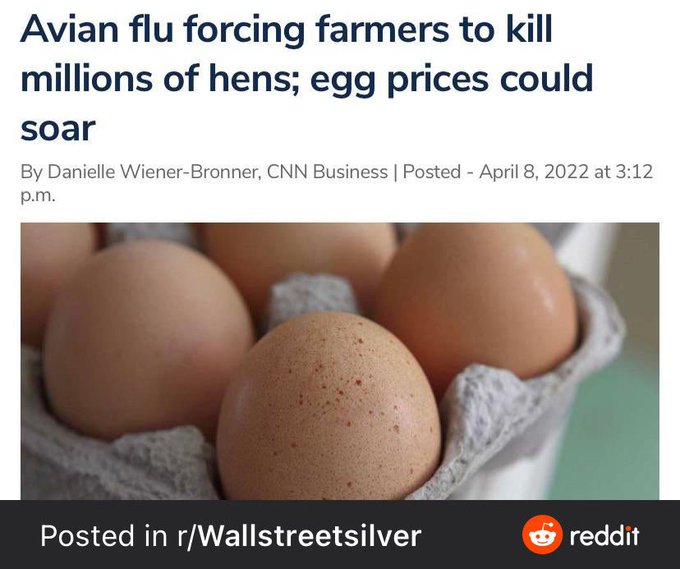 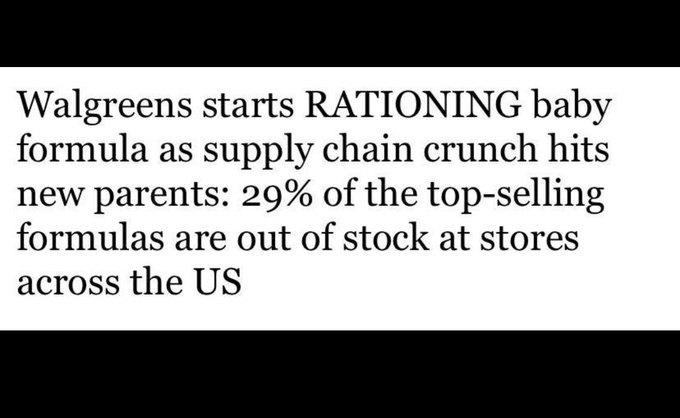 Nothing sounds so horrible as the clips from Shanghai but the rest of the world might also ponder about the “supply chain” issues: 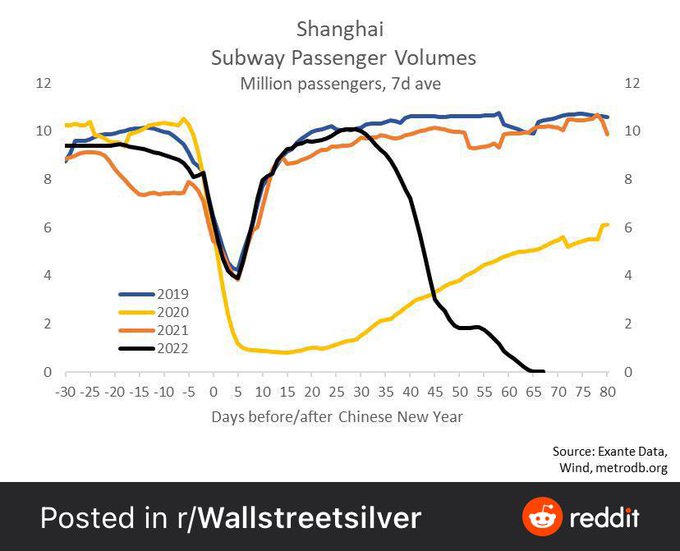 But not to worry. The Fed will solve the inflation problem by destroying consumer demand in America & around the world by hitting the U.S. stock market & making U.S. interest rates explode up.

It seems IMF thinks differently. After China’s One Belt One Road bankrupted Sri Lanka via making them accept Chinese debt for unnecessary projects, IMF is now considering a loan to Sri Lanka to address their food crisis & perhaps to pay off the Chinese Debt. And then the IMF can give another multi-billion dollar loan to NaPakistan to save them from the strangle-hold of Chinese Debt from the Himalayan-height of China-NaPak friendship.

The real question is, with all this going on, how come U.S. Treasuries are not a Buy? Or is what we are seeing now is a mere tip of the global iceberg & we need to see a Titanic level accident to start buying U.S. Treasuries?