Last week we wrote about instability in the Treasury market & the resultant refusal of foreigners to come in to buy Treasuries. The Treasury market mockingly said stability/shemibility and rallied hard this week:

What happened? As Hartnett of BAML reported, Treasuries got the largest inflows since March 2020 ($11.5 billion) last week.

And the largest fall in long Treasury yields came on Wednesday AFTER the horrible PPI numbers. Not all that surprising if you buy the historical fact that declines begin right after a peak.

But that logic, perhaps spurious to many, would be valid only if the Fed has tightened financial conditions to the point of squeezing out at least some hot air. This would be laughable to those who point out Powell wants to be the 2nd Volcker. But has Powell already done a Volckerian job?

And look while TLT & EDV were up 2.5%, high yield ETFs HYG & JNK were down 1.2% on the week. And leveraged closed-end credit funds DPG UTG were down 2%+. Double And this was the 1st week since Brainard’s Rapid QT war cry on April 5 to show HYG/JNK underperforming TLT.

But if the Fed has already chocked off some of the hot air, then we should see some fade, right?

Rosenberg turned full-bore Un-Rosy on BNN Bloomberg on Thursday in saying ” … U.S. going to recession is as close to inevitable as anything … “. He is not alone. This week we also heard Larry McDonald utter the R-word:

And for the whole week, S&P & NDX were down 2.4% while TLT was up 2.5%. Isn’t that exactly what the old celebrated 60-40 allocation wisdom preaches? Is that discarded allocation approach coming back?

But for that to happen, shouldn’t commodities lose some of their hot air of assured up moves? Look while everyone is focused on the intense fall in MAFAA, few are talking about the 35% fall in darlings like CLF & FCX.

Of course for all this to work the Treasury market has to remain at least benign. If it actually rallies then the best investment going forward would be in the 20-30 year Treasuries, TLT or their juiced up cousins 20-30 yr Zero-coupon Treasuries, or EDV & ZROZ.

What’s going on? VIX is a measure & tool for hedging positions against a steep decline. So when does VIX become less & less necessary? When there are less & less long positions that need hedging? At least that is what simple minds would think. But in this case smart hedge funds think the same, it would appear: 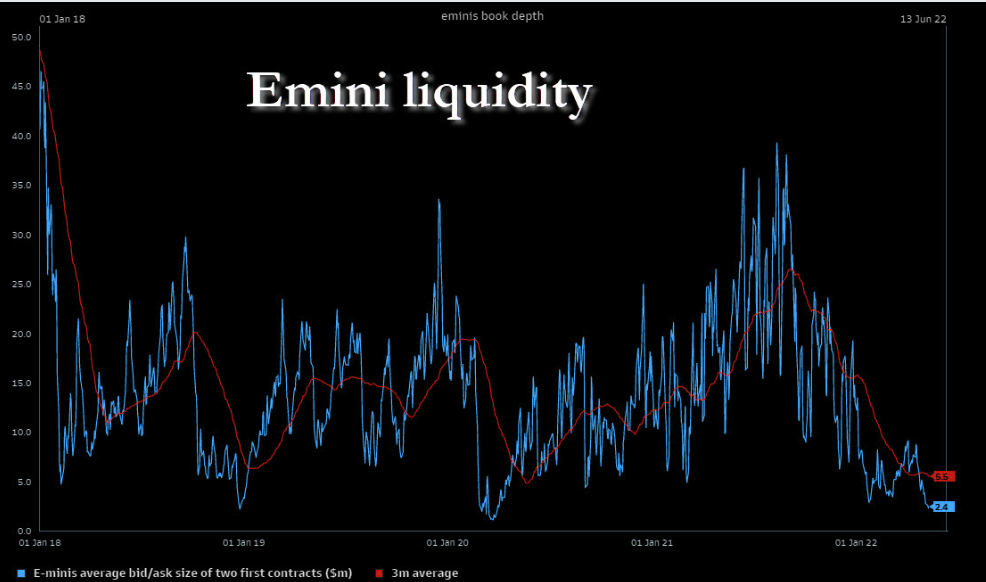 The old adage teaches that 90% down days don’t hold much meaning until they are followed by a 90% up day. That was why the correctly bearish Jonathan Krinsky called for a bounce late Friday morning:

But just a bounce, said he on CNBC Half Time:

A couple of hours later on CNBC Closing Bell, Katie Stockton was also clear about the difference between short term bounce and an intermediate term bottom:

Then he points out that

Recall last week’s call by Eric Johnston about a 7-10% trading rally till May-end. He was very specific in pointing out that the Fed talk & economic news would be muted after this week for about two weeks until May end. Then we get Non Farm payrolls, inflation data and the FOMC meeting on June 15. Those are the events that can cause turmoil in both Treasury & Stock markets. So Johnston, Krinsky & Stockton may all prove right and any rally we see next week may only be a short affair.

Looking backward a year from now what might you see statistically speaking? 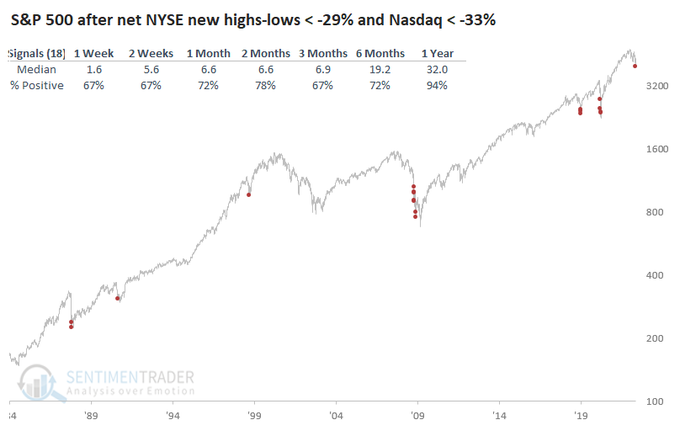 Yet another week in which the U.S. Dollar rallied hard, up 94 bps on the week. Is there anything worse for the global economy? The only other currency that investors used to consider holding is now perilously close to par with the Dollar, a prospect no one even considered during the European crisis of 2011-2013.

And China re-opens Shanghai on Monday:

Wait a minute. Russia must be desperate to sell its oil, right? With EU ready to ban oil imports from Russia and steadfastly refusing to pay Rubles demanded by Putin?

What happened to India’s promise to help the world, at least its own neighborhood, with its wheat reserves? Remember how India was so ready & willing to export its Covid vaccines before going into a domestic delta-variant crisis? Was that memory revived or did the food riots in next door Sri Lanka sent chills down the leadership in India? Stating food security is their goal, India suddenly announced a ban on wheat exports this week. 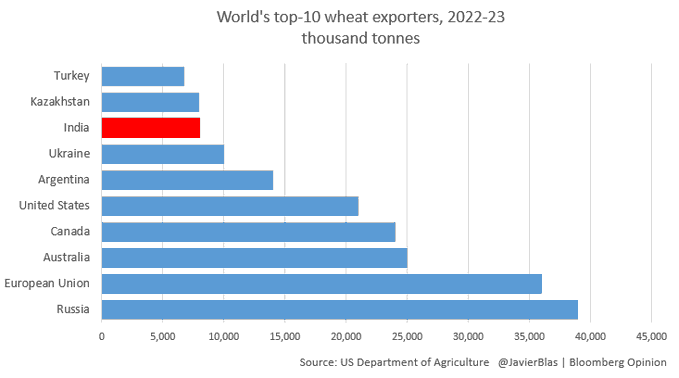 The Indian Rupee fell to its all-time low this week and the Indian ETFs fell 4%-5% on the week, far worse than China, Brazil & Korea & EEM.  While it sounds awful, it is letting India correct its over-valuation in currency:

Regarding Indian stock market, below is an example why we look forward to a real correction in Indian stocks, at least in some of the secular growth stocks we like (for example, ICICI Bank relative to JPMorgan on YTD, 3-yr & since turn of the last century):

Finally Gold fell 4% this week with GDX, GDXJ & NEM all falling 10% on the week.