What a terrific gutsy call By Jeff Gundlach after the Powell presser on June 15? For those who didn’t follow him on CNBC Overtime, below is the short version of his call:

How right was Gundlach in reading how Treasuries would react to what Powell said? Look at the fall in interest rates from close of pre-Fed Tuesday to this Friday’s close:

To quote BMO’s Ian Lyngen on BTV Surveillance on Friday,

Since we prefer pictures to words, 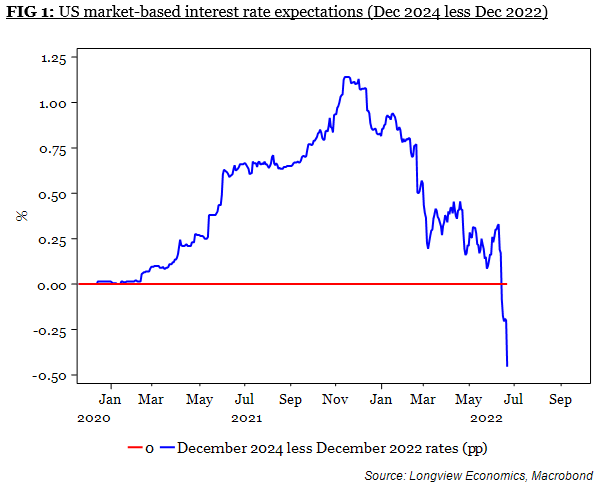 But Gundlach’s target for the 30-yr yield is 3%. That is 28 bps away. What might get it there? Ian Lyngen said on Friday:

In other words, Lyngen is calling for a FOMO moment in rates, to use the term he had used in his previous BTV appearance.

Can any discussion about Treasury rates be even somewhat complete without the R-word? Perhaps not. So we have to bring in views of a R-name to shed light on R-word probability!

So what should investors focus on? Rosenberg was succinct & clear in  his clip:

He also pointed out that

We urge all to watch his clip below:

As described above, the action this week was more in the belly of the Treasury curve & not in the long maturity TLT arena. Still both TLT & EDV were up this week, up 70 bps % 1.50% resp.

And stocks followed with enthusiastic glee:

The biggest day of the week was Friday in which Dow, S&P & NDX added 50% of their weekly gains. That, apparently, was due to a rebalancing in Russell and addition previous-crazy-overvalued AMZN, META & Netflix in the value index. That was the trigger for a big MMANAA move this week:

If the end of last week was a Russell rebalancing, next week ends with month-end rebalancing. What might that do, at least according to one bullish analyst:

Really? What might be the fuel for such a move? 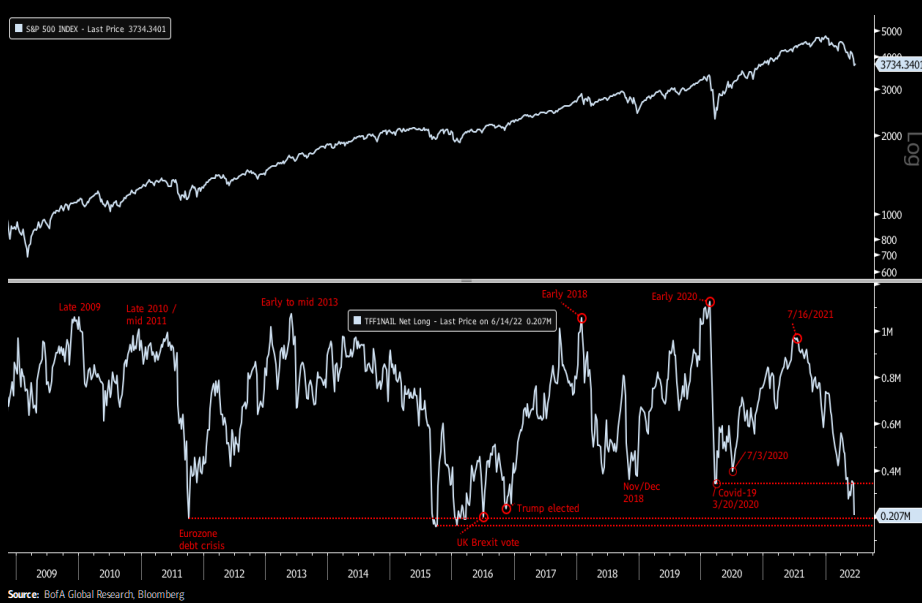 BofA is fine but isn’t a big rally call the province of JPM this year? They didn’t disappoint: 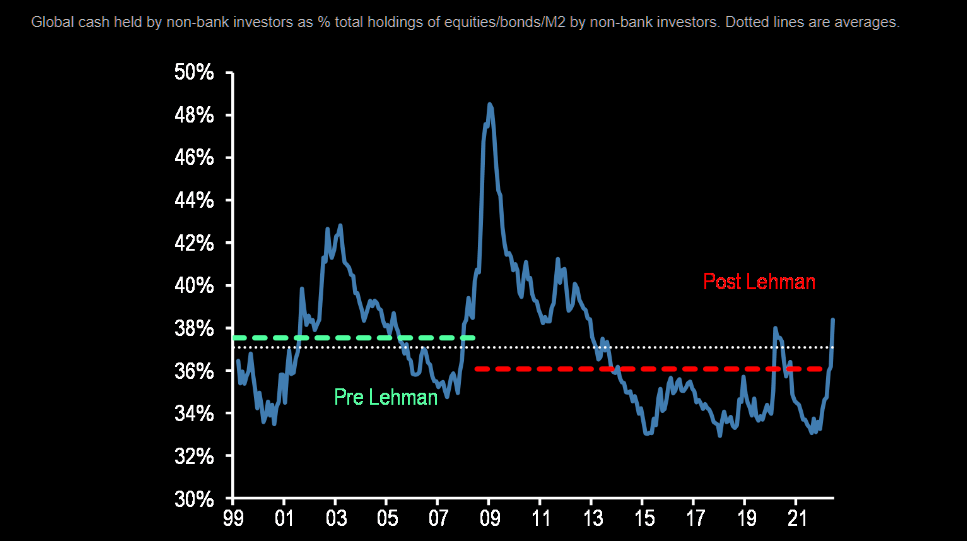 While we enjoy this bounce, we are aware that this could well be a bear market bounce a la the 2008 summer bounce. That might also mean this could be a big bounce albeit in the ongoing bear market, as Dan Niles says to Becky Quick in his clip below: 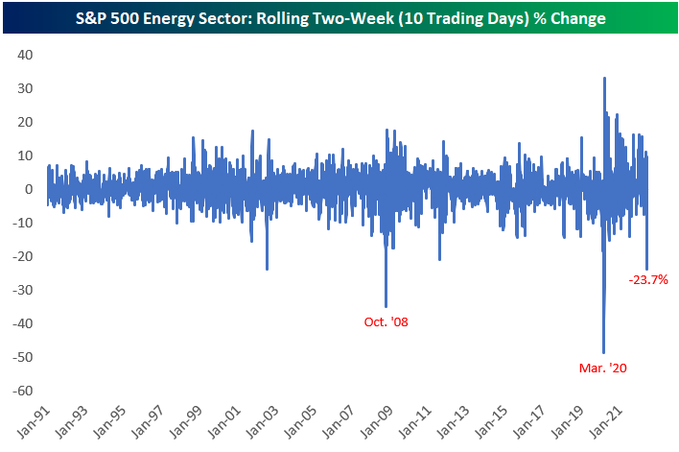 But this decline seems to have tempted CNBC’s Carter Worth into suggesting a long position in XOP: 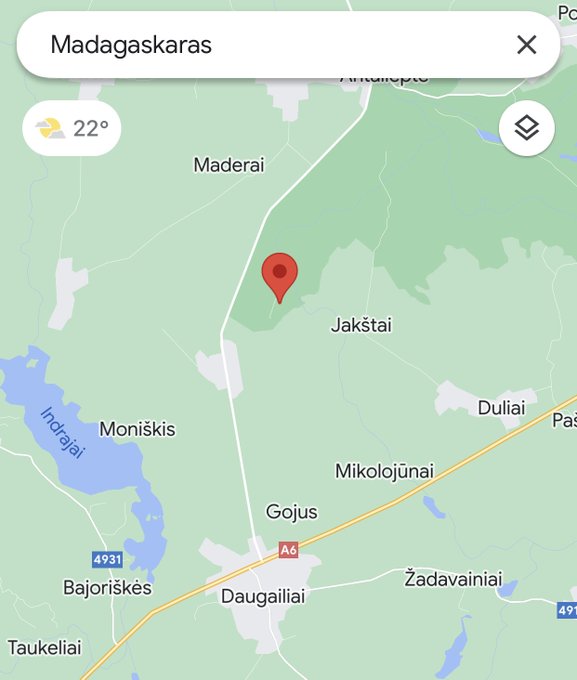 Our attention was immediately drawn to body of water labelled Indrajai. Apparently, it is a body of water in the Utena District in Lithuania.

We recall an article on page A1 of WSJ (a couple of decades ago) about how people could talk in Sanskrut to Lithanian farmers prior to World War I & the farmers could understand it. That is relevant here because Indra is a amazingly important name in Indian civilization, the Lord of Atmospheric Deities (very different than God & God’s roop/representations).

Indra is the ultimate alpha figure of ancient Indians or Sindhav coming out of Sapta-Sindhu, the land of 7 rivers. He remains today one of the most popular suffixes for Indian names – like the first name of Indian PM Modi = Narendra for  Nar+Indra, the Indra of Men; the previous Chief Minister of Mumbai Devendra= Dev+Indra, the Indra of Dev; Yogendra = Yogi + Indra, the Indra of Yogis.

And Jai means victory, which was the absolute characteristic of Indra. Hence the name Indrajai. We find it amazing that the name has lived on to this day. Of course, today’s “Hindus” show no resemblance to Sindhav who followed Indra into influence in literally thousands & thousands of miles away from India. Witness the town that was named Indra-Pura (city of Indra a la Singapur, the city of lions) from 192 CE to 1832 CE in today’s Vietnam: 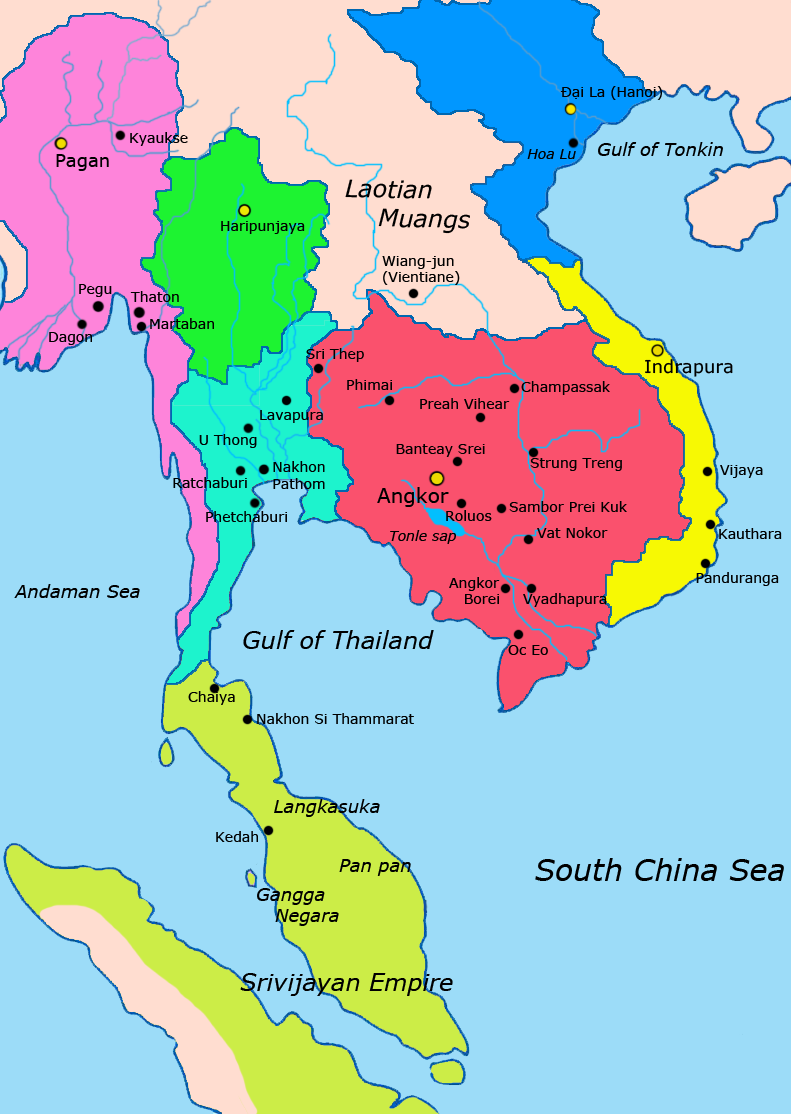 Go a bit left of Indrapur above to notice Angkor, the site of the largest religious monument in the world (built around 12th century):

Speaking of names with a heritage, we always considered the name “Sara” as primarily a Jewish name. While going through a quick search for the above, look what we discovered:

We can’t help adding that perhaps CNBC’s Sara Eisen & IMF’s Geeta Gopinath should discuss this & solve the mystery of why Ms. Eisen correctly pronounces her “Sara” name while Ms. Gopinath allows the sacred “Geeta” name to be semi-butchered.

Having said that, we must point our that the Sanskrut term for “essence, main point, substance” is phonetically written as “Saar” or “Saara“. Meaning it is not a feminine term.

In any case, the more we find out the more we want to understand the ancient relationship between Jewish people & Indians. Some claim it goes back to the Great Flood in which Manu was saved in a boat by a giant whale with a horn. The whale took Manu’s boat against the flood waters coming down the Himalayan mountains to the top of that body of water. As the flood receded, Manu’s boat came down slowly & he with his few friends were saved. That is why the Sanskrut term Maanav means descendants of Manu.

What is supremely interesting is that Manu & his son Vaisham-Payan gave lectures about the civilization that was destroyed by the flood & those lectures are saved & read to this day as Manu-Smruti, or the recollections of Manu.

Sadly these expansionist people of the Rg_Ved, the oldest religious text extant, have been beaten down over the past 1,500 years & changed into today’s pathetic Hindus or BrHindus.