Magic always said a superstar is one who plays like the superstar in the really big game. That makes Jay Powell a true superstar, in our opinion. We wrote last week that this would be “the most important presser of his tenure“. It was and, as Jeffrey Gundlach said, this was Powell’s best presser yet. What Jay did breathed hope & relief into the world reeling from a whirlwind of dangerous financial winds that had already caused, per Larry McDonald, about $30 Trillion of wealth destruction.

So we had wondered last week – “… Chairman Powell has been a maestro in his pressers. So what if Powell actually appears to hint about a data-dependent policy going forward? If not in September but at least by November?“

We were wrong. Powell did neither appear to hint, nor hint. To everyone’s astonishment, Chairman Powell affirmatively stated in his presser “ANOTHER UNUSUALLY LARGE INCREASE TO DEPEND ON DATA“.

In our humble opinion, this simple sounding statement must have been absolute hell to create & to say given the monumental significance it had for financial markets. Had it gone wrong, the Federal Reserve would have been tarnished & Chairman Powell’s standing in markets, in the Biden administration & in the minds of the American people would have destroyed. How incredibly exhausting must have been the preparation & the courage to make that simple statement? We don’t have to guess. We all saw the exhaustion in his body language near the end of the presser. Kudos to Bloomberg’s Tom Keene for being the sole Fin TV anchor to notice & mention the exhaustion in Mr. Powell.

The Fed’s challenges are not over. The world economy is still at a precarious stage. But now Jay Powell has revived the hope that, in the words of Gundlach, “a crash landing is avoidable“.

2. Impact of that one statement of Chair Powell

Just look at Wednesday’s charts for two U.S. stock indices to see the lift after the one statement “another unusually large increase to depend on data“:

The Dow was up 436 points, S&P up 103 and NDX was up 515 points on Wednesday. That prompted some to opine that the rally was exhausted at the end of Wednesday & that, like the prior Fed presser rallies, this one too will be sold off on Thursday. Only on Fin TV do such obscenely wrong “sales-traders” remain on air!

Let us see pictorially how the U.S. indices did the rest of the week:

These should make us all wonder at the arrogant stupidity of a “sales-trader” to opine that this Powell-inspired rally was exhausted by Wednesday’s close.

The impact of Powell’s new “data-dependence” was magnified because the economic data released  on Thursday & Friday supported his decision to become more data-dependent. The BEST illustration of this was that TLT FELL on Friday instead of rallying hard. Rates in belly of the Treasury curve fell hard post Powell presser but the 30-year yield actually rose a bit from 1:50 pm on Wednesday to Friday’s close:

This was a clear statement from the Treasury market that what Chairman Powell had signaled might actually reduce the risk of a significant downturn.

The U.S. action above is fine but it probably pales in significance to what Powell actually achieved for the global economy:

Thanks to Jay, the Dollar, as measured by DXY, fell hard on his data-dependent comment & kept falling into Friday’s close. Now the rest of the world has “a chance to breathe“: 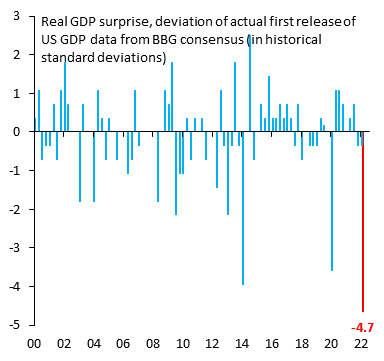 Read what Gundlach said after the presser:

The more interesting set of comments came from Morgan Stanley’s Mike Wilson on Wednesday after Gundlach. Interesting because Wilson seems to agree with Gundlach re the big points.

Notice Mike Wilson has steadfastly stayed away from the questions about the economy. In fact, he studiously avoids commenting on the economy. All he dares to speak about are corporate earnings. Is that because, as BTV’s Tom Keene once alluded, Ellen Zentner is the boss of economic commentary at Morgan Stanley & she has so far refused to use the R-word.

Except on Wednesday after the close, that is. Then Mike Wilson said the following after his “depends on how fast things deteriorate” sub-comment above:

Ed Hyman himself has a 3-month window for that gap. He spoke about M2 plunging to zero (from 30% last year) and said “… both inflation and economic growth are going to slow significantly in 3 months … it is going to be a race between the Fed Funds rate & the Bond yield … “

Powell might have injected some breath into EM but he is utterly powerless to inject flames (of natural gas) into the 2nd largest economic region in the world, the world that impacts U.S. Growth & earnings of S&P companies. 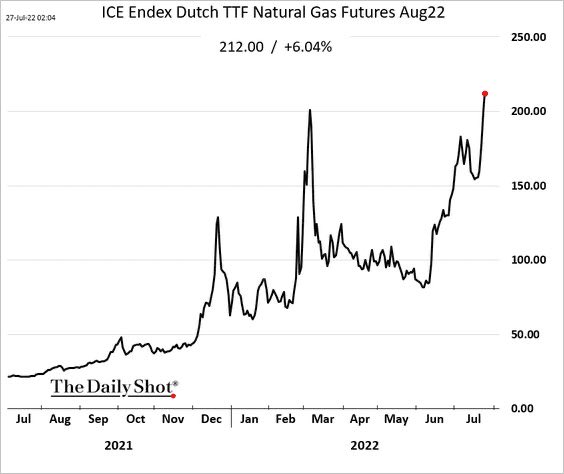 Why can’t they use electricity instead, today’s Marie-Antoinette might ask? 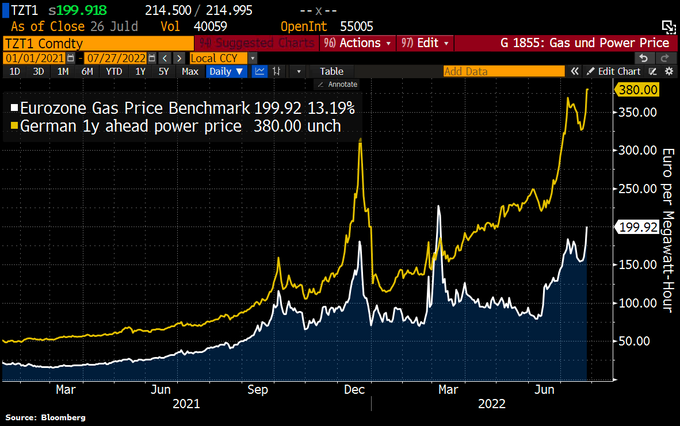 So why should risks in Europe & USA be treated at or near par? 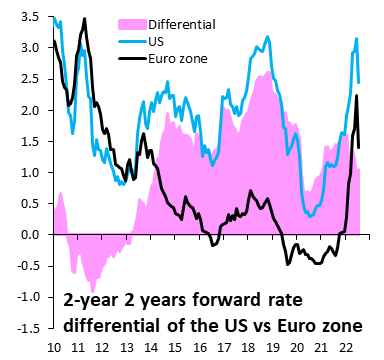 Note that even semi-bullish Gundlach (he is so on credit more than the S&P) is not sanguine because he said ” .. a crash landing is avoidable … soft landing is the goal but won’t give it great odds … “. Mike Wilson doesn’t give economic odds but said about earnings & S&P targets:

The big question will be the message sent by the Treasury market in the next 3 months: 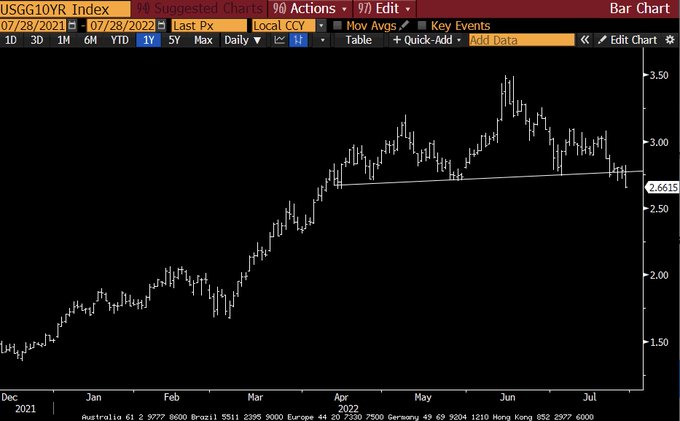 What is the next big level? 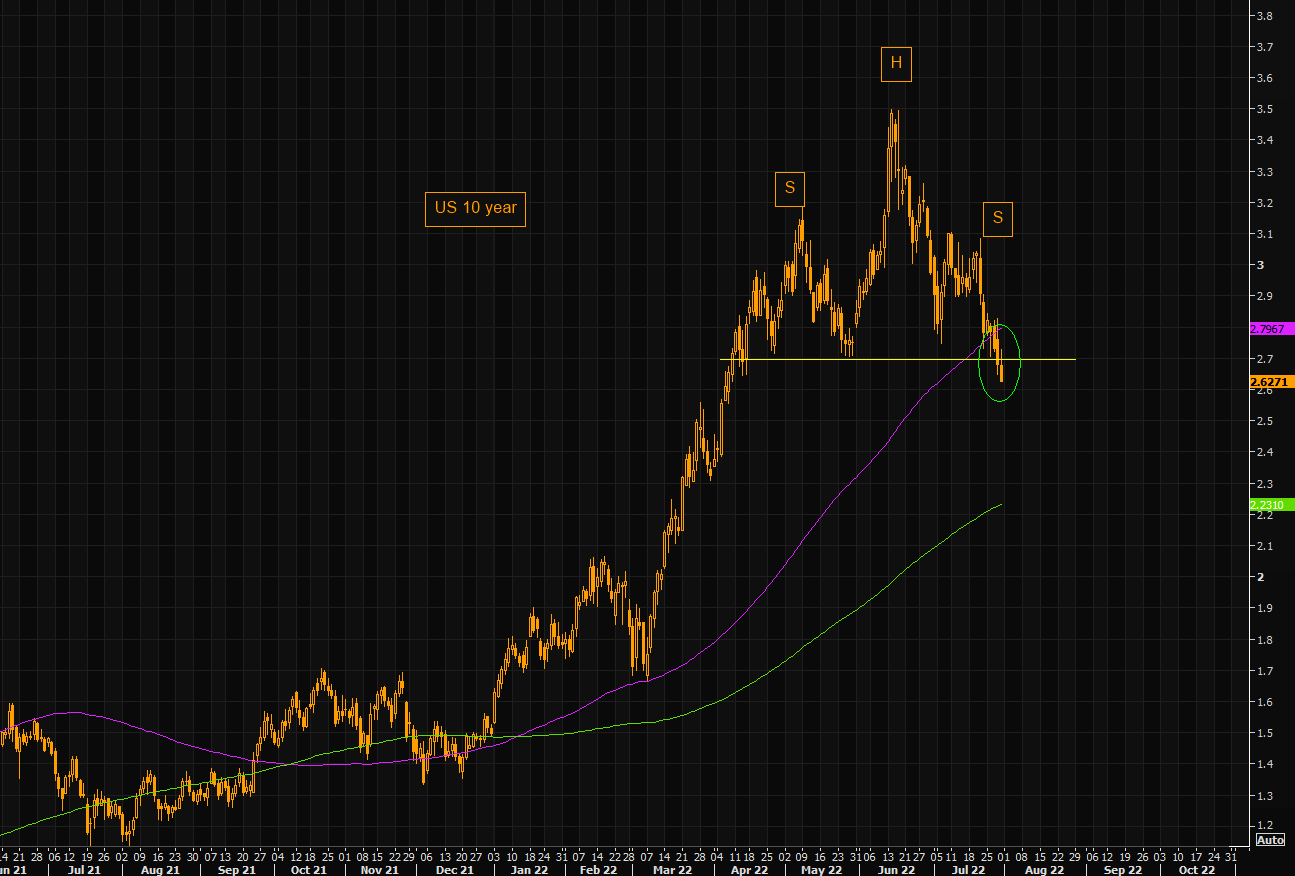 A couple of weeks ago, @TommyThornton tweeted saying something like those who are calling for a short, shallow recession are the same who previously called for “transitory inflation”. Mike Wilson might have nodded to the recession possibility but made no attempt to distinguish between a short recession & a long protracted recession. Who can you get to opine about a protracted two-year recession?

The R&R crowd & the not fun frolicking kind despite the gorgeous locale:

We're in a technical #recession… so what now?

How long will it last? Is it sharp & short, or shallow & drawn-out? How do you position for it?@EconguyRosie & @RaoulGMI break it all down 👇

"We're in the early stages of what is probably going to be a 2 year recession." pic.twitter.com/dcUL5Or2xj

What does the superlatively Un-Rosie* say above to Raoul of “Buy Bonds & Wear Diamonds” fame?

This brings us back to Gundlach and an important point he made:

We will find out in Ed Hyman’s 3-month window whether the Fed can still avoid “overdoing it now”. So how do you bet now? Ask yourselves if unemployment will be higher in a year or lower? 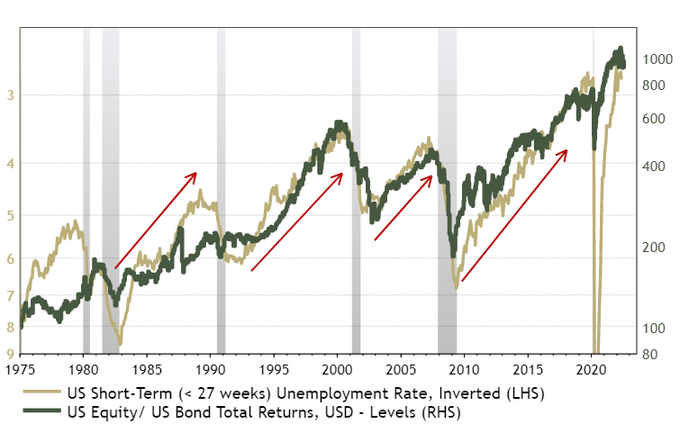 Wasn’t that the message of (Citibank’s) Kristine Bitterly, of Gary Shilling & of David Rosenberg?

*we simply can’t resist using adjectives to adorn Mr. Rosenberg’s Rosie nickname. But allow us to stress that it is only done out of serious respect for his work & the accuracy of his previous predictions.

This 3-month & long term stuff is too depressing. How about some cheer in the short term? It has been beautiful but does it stay that way? One indicator to watch might be the VIX. And what do the FOMC-days typically do to the VIX – “Suck”? 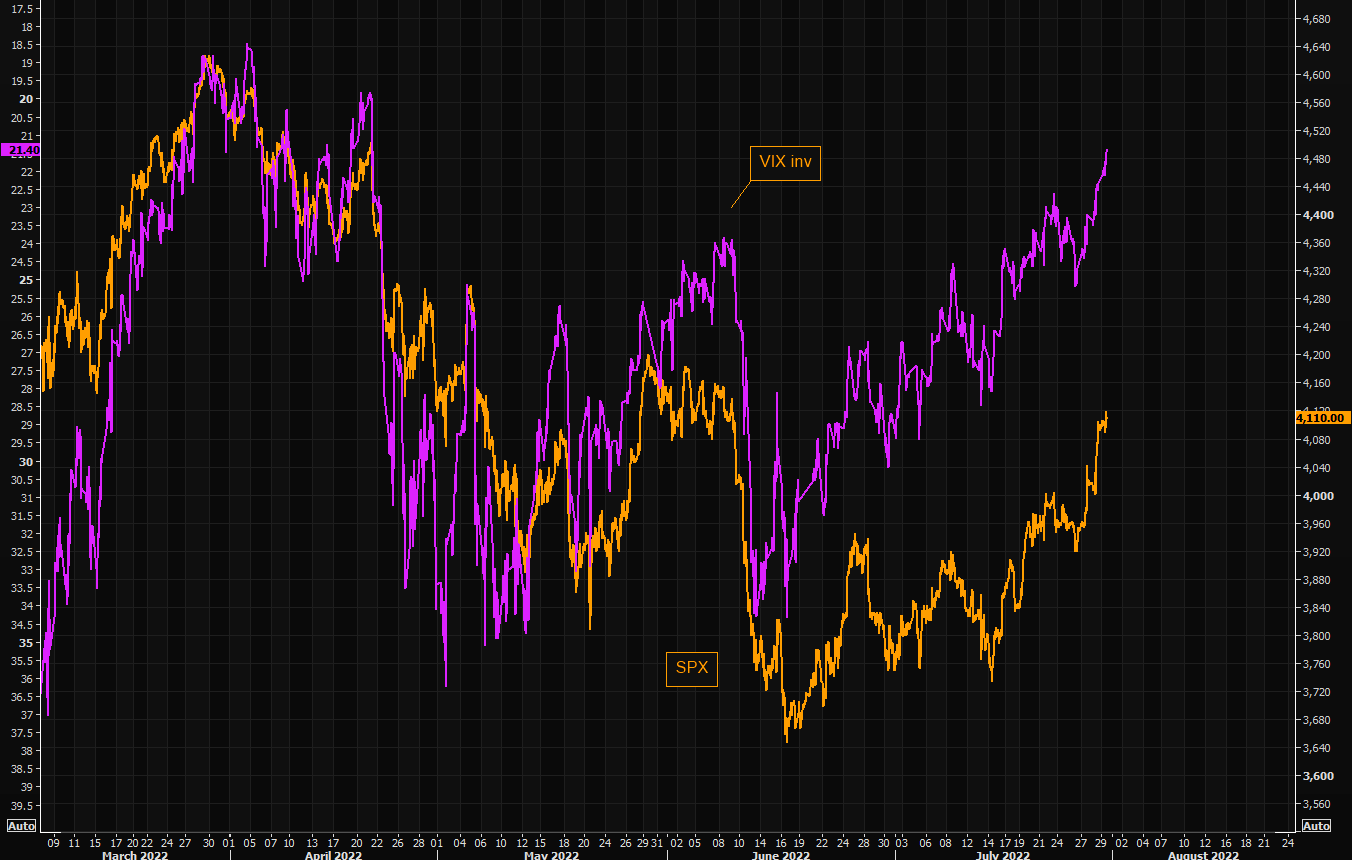 What if the $VIX gets puked out to say sub-20? Will that make some cry? What will they do about it?

Is this is a discretion vs. valor moment?

After all this, a simple question – is there a buy coming out of Powell’s big decision? How about two instead of one? 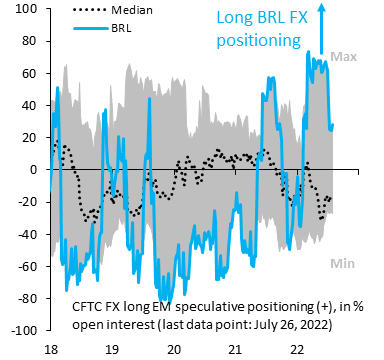 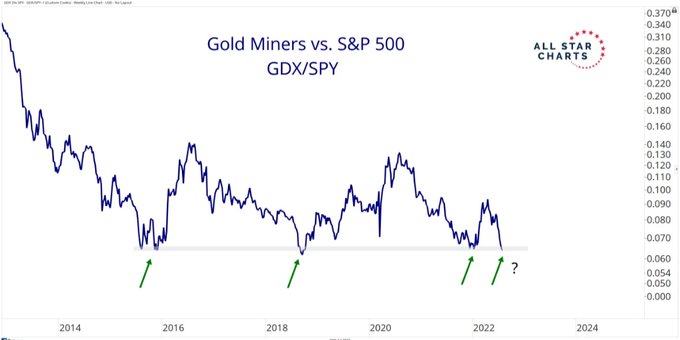