The term “that” refers to the huge surprise of the Non Farm Payroll number coming in at 528,000 more than 2X the estimate of 250,000 jobs. Treasury yields exploded up &

It certainly looked like a bad omen for the rest of the day. Then, 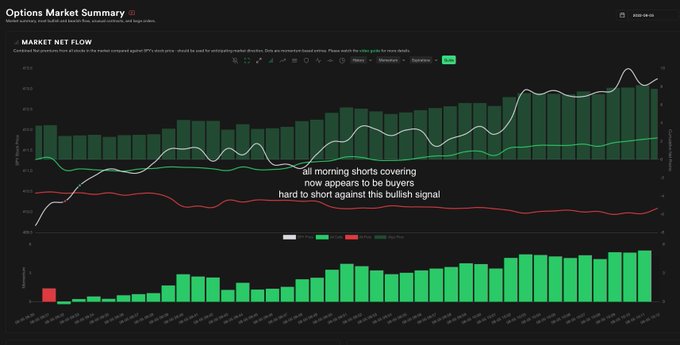 And a bit later,

Look at Friday in a glance:

If the shock of the super-strong NFP and the explosive rally in 2-3 year Treasury yields was not enough the take stocks down even for a day, what gives? Especially in the cacophony of the Fin TV elites!

A simple answer could be large investors are still positioned wrong:

What about sentiment, you ask? 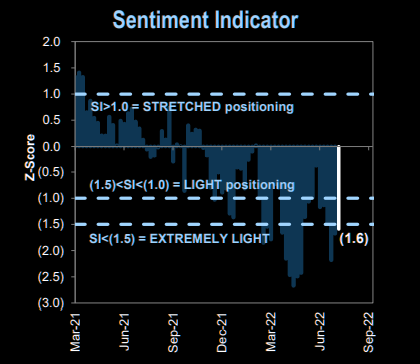 That could explain S&P’s refusal to stay down on Friday. Credit, in the past, has been the canary in the coal mine for stocks. Perhaps Climate Change folks have cleaned out all the coal mines or perhaps canaries have been rescued & placed in bird sanctuaries. OR credit is actually shouting Let’s Go a la TB12! 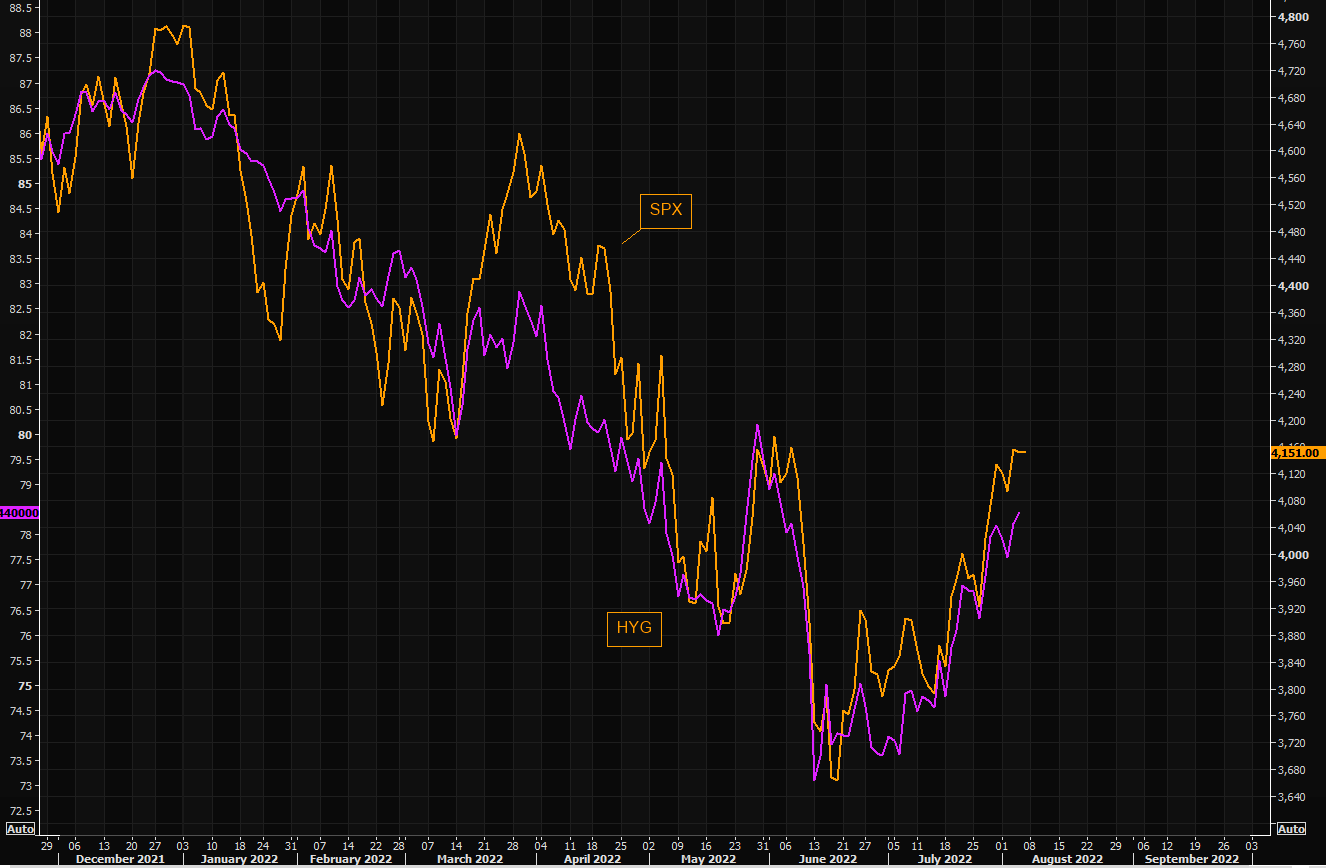 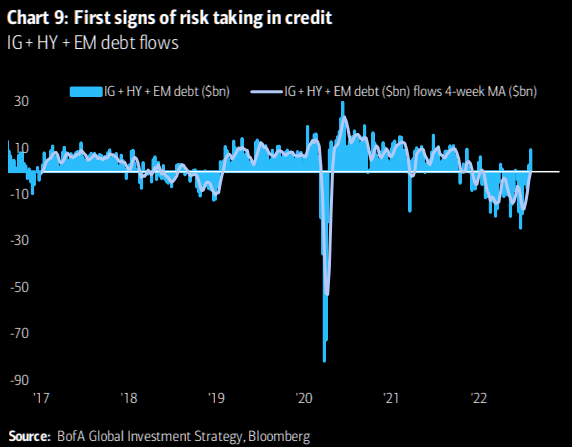 Even those who said the S&P will fall to 5% after stalling out this week actually say the S&P will rebound to 4,350 even 4,400 by mid-late September:

Isn’t this bullish for those large “hedgies” who are still positioned light in U.S. equities? Heck, even a worthy guy who thinks stocks have made a double-top like the last rally & could fall apart, thinks the S&P could rally to 4,300:

So if no one can think why the stock market should take a trip down, then perversely it might just do that, right? Especially if the $VIX finally pukes below 20!

But wait, what about TLT? Surely it got butchered on Friday, right?

We actually wondered on Friday whether Powell has turned into Trump or a Trump-lookalike for the elite Fin TV crowd. We kept hearing how Powell had actually pivoted into an easing Fed-chair and how wrong he was to do so. But when we went back & checked what he had said, we could not sign of a pivot or even a hint of it. All we found was a posture of being dependent on incoming economic data.

There is little doubt that Friday’s NFP report put back a 75 bps hike into September’s FOMC. Just look what the belly of the Treasury curve did this week:

What gives? Did the 2X beat of jobs added actually hide something not so good? Listen to Stephanie Pomboy of MacroMavens & Larry McDonald of Bear Traps Report explain that to Maria Bartiromo on Fox Business. Pomboy said flatly that “profits are going into outright recession” and McDonald quoted CEO of Uber to point out that “at the end of a cycle, people scramble for jobs“. Watch this clip:

Another question is whether the Fed & investors should depend too much on a single point of data that is 3-standard deviations larger: 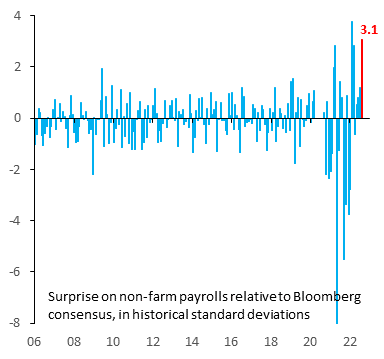 Getting back to Stephanie Pomboy, Mike Wilson of Morgan Stanley must be happy to find that she is even more negative than he is about profits. He gave his cure 3 days prior on BTV Surveillance saying (min 1:34 – 1:39):

Ok, but what is a fair value for the 10-year yield now? 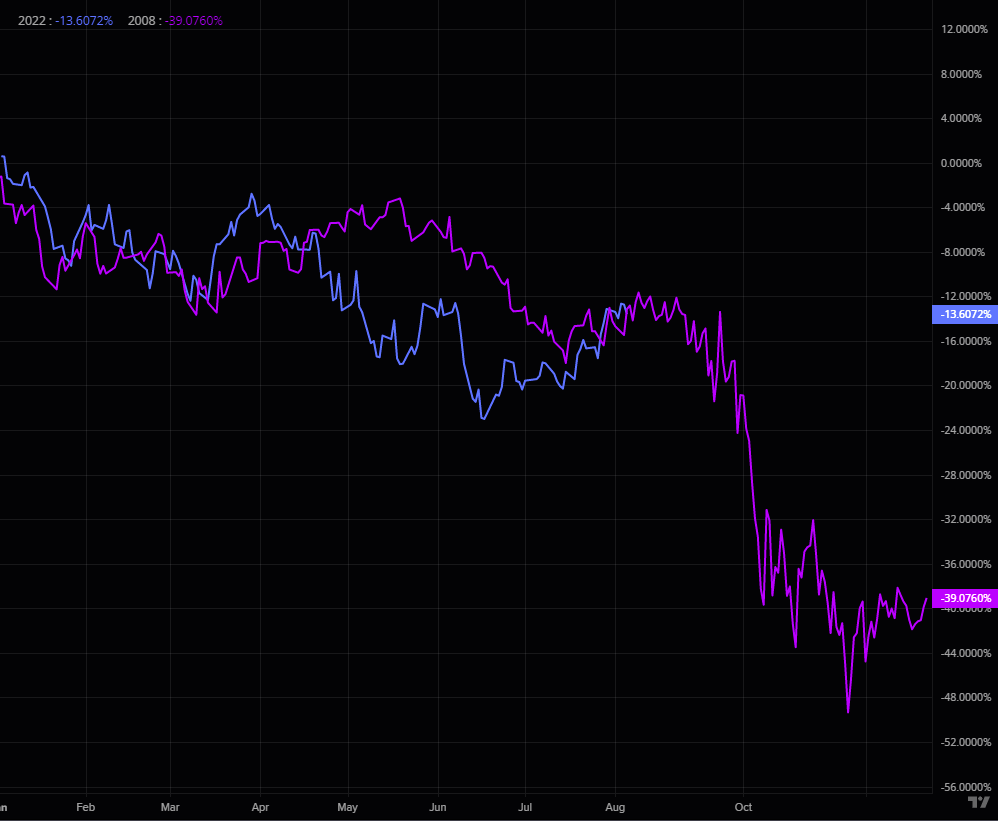 That is surely nuts, right? Of course with Russians & Ukrainians fighting near a Nuclear Power plant in Ukraine, with China sending squadrons of fighters into Taiwanese air & almost blockading Taiwan with naval ships, with Israel-Gaza in war mode, with Armenia-Azerbaijan fighting again in Nagorna-Karabach & with Serbia-Kosovo about to begin fighting, the present is not as placid as it seems.

If that was not enough,

Look what the DXY, the U.S. Dollar ETF, did on Friday:

That should put the kabash on Gold, right? Strange as it might sound, 3 different gurus came out with a positive view on Gold going forward. The most detailed and most decisive was Larry Williams, who said via Jim Cramer, that “it should be ready to rally here“.  The W.C. clip below gives 3 different reasons that suggest a rally in Gold. Watch it:

Next came Tom McClellan on August 4 in his article – Gold ETFs Being Shunned During Price Upturn:

Finally on Friday, Carter Worth of CNBC Options Action:

A lookback on the gold miners!@CarterBWorth says it may be time for a reversal $GDX@Michael_Khouw explains the relation between energy and the miners. pic.twitter.com/py5WBFCNzk