The best short enunciation of today’s environment that we have seen:

But could all of these problems be solved & even solved fairly quickly? The legendary energy trader Mark Fisher pointed the direction in his conversations with CNBC’s Scott Wapner. We carry forward his logic below:

Why on earth would Putin settle now? And would Ukraine (USA, really) allow Putin to settle with what he has occupied as Russian territory? Perhaps because the alternatives have just become dreadfully dangerous.

Reportedly the Biden Administration has informed the highest levels of Russia that US will respond with catastrophic damage on Russia if Russia uses tactical nukes in Ukraine. How does Putin respond to that? Put Russia’s strategic nuclear forces on red alert to respond to a crippling US nuclear attack on Russia?

It really depends on how confident the US military is of destroying Russia without allowing America to be damaged critically. If they are very confident, then they will not support any peace discussions that allow Putin to say his objectives have been met. If they are not, then a settlement is not out of reach. Perhaps Mark Fisher, given his contacts in the energy space, has some reason to think a settlement is possible.

That raises the question – What if the probability of the above accord gets priced in as non-zero by markets? How much fuel has been collected to ignite a bonfire of leveraged shorts of the intensity never before seen? 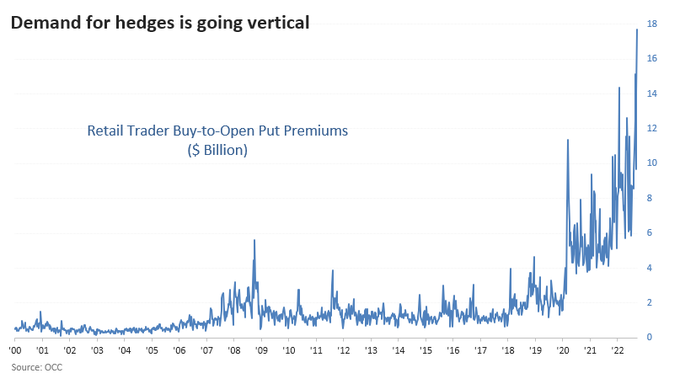 Note this is a different Rosenberg than the one who has been warning about deflation.  That shows how nuts Powell’s Fed had become. How far could consumer confidence drop in these markets?

It has been developing for awhile. But this is the week when the world has been forced into a reset by the same people entrusted to protect it – global Central Banks.

That brings us back to the deal a la Mark Fisher that we discussed above. Perhaps a crash like October 87 is what might be needed to brings USA, Europe & Russia to do a deal that is unpleasant to all three.

We recall the sage Richard Bernstein saying years ago that the Federal Open Market Committee really has no understanding of international markets or conditions; that it is an insular group that cares not see what is happening outside America even though it might have significant impact on American economy & American markets.

Chairman Powell & his committee proved it again this past week. Surely they know that Europe is in severe economic crisis & the Euro currency is cascading downhill. Did they see the mess in Britain? Did they even see the state of the Chinese currency? They might have but they didn’t care because it was not their business!

Look what happened. What the FOMC did and what Powell stated in his presser was an invite to recession in America. And as Jeffrey Gundlach stated that afternoon, that “… today’s bond-market action is very recessionary looking … “. Indeed, the 30-year Treasury rate fell on Wednesday afternoon.

This is Europe blowing up & sending the flames into America. Did the Fed care? We heard a Fed-watcher say on Fin TV that the Fed has contempt for U.S. politicians. How arrogant have they become?

However, they might be the epitome of caring humility compared to the disdain of markets expressed by UK Chancellor  Kwasi Kwarteng who said dismissively – “ … the markets will do what markets do … “. 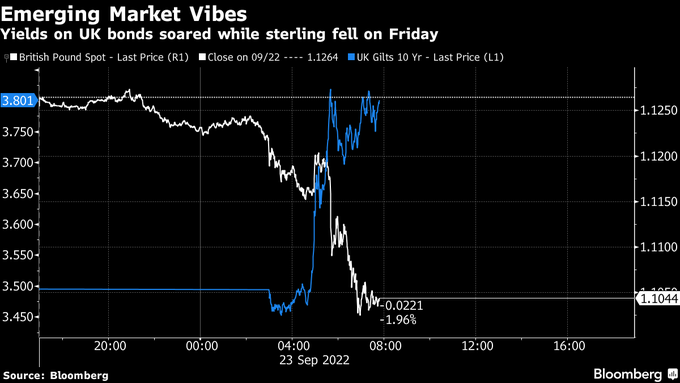 Frankly the above tweet insults today’s emerging markets that are actually better managed than the UK unless you mean submerging markets like Na-Pakistan.

The explosion in British Gilt rates caused a further rise in U.S. Treasury rates on Friday morning and a 1.5% rally in the U.S. Dollar on Friday. Guess markets do indeed do what markets do as Mr. Kwarteng so eloquently said over in London. So what did the Dow Jones do on Friday? 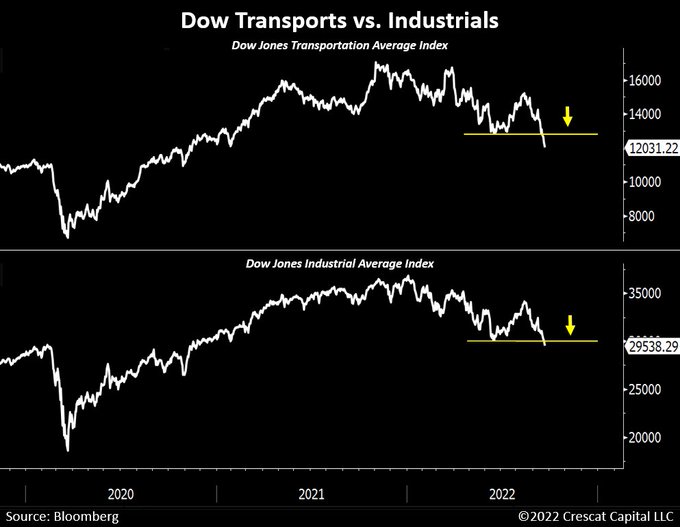 Sorry but we just don’t know what world Mr. Powell & his committee are living in! Don’t they know that $50 trillion has been added to leverage since 2018, as Larry McDonald tweeted? Volcker never had to deal with such leverage! To put it another way,

And guess what is happening to breakevens as the quixotic Powell rides to slay the inflation dragon? 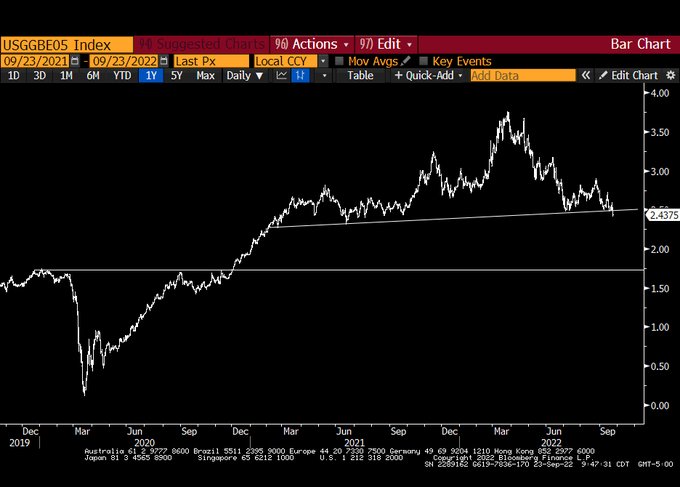 And Powell was proud to highlight their commitment to QT, or shrinking the Fed’s balance sheet, while raising rates like crazy while curtailing money supply & sending the U.S. Dollar streaking up causing financial havoc in the world. This is all so utterly nuts that a sensible & illustrious man was provoked to rant:

Professor Siegel is an academic & some might dismiss his opinions. On the other hand, Jeffrey Gundlach & Scott Minerd are sensationally successful investors. Watch & hear what they say:

Perhaps we are so oversold that a snapback rally is near? That is what smart Dan Niles suggests, after a big crash on Monday:

Who better to ask about individual investor allocations than Fidelity? 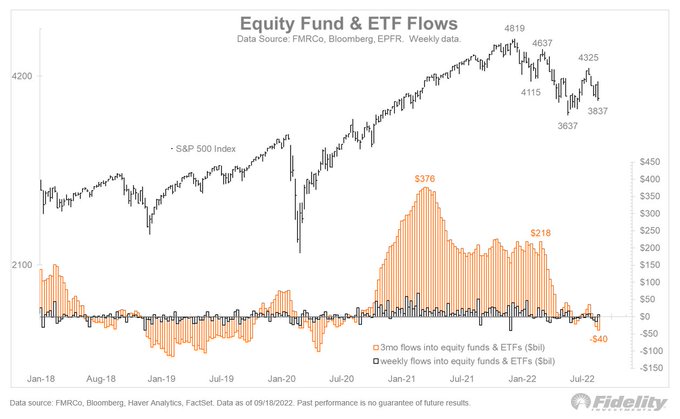 That seems to be similar to the feedback about Merrill Lynch clients:

We have all heard from & about Mike Wilson but we had not realized how wide his numbers are from consensus. Read what he said on Bloomberg Surveillance this week:

Finally to encapsulate this week:

Is this enough of a sell-off? After all, the S&P rallied on Friday afternoon to close above its June low. But Carter Worth of CNBC Options Action said on Friday after the close that “we go lower“:

5. From Putin back to Lenin 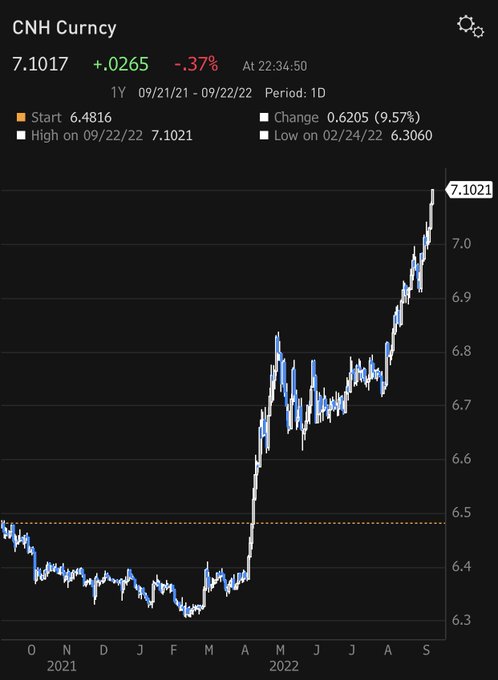 Remember the “both” commercial of Jerry Jones & Deion Sanders?

No one has ever asked us, but we also have nurtured a “both” hope for sometime. Jerry & Deion can eat Pizza but our first love has always been chocolate. And we usually have had to make a choice between Belgian Chocolate ice cream & Chocolate Chip ice cream.

Guess what we discovered today at our neighborhood Fairway (in our 1st visit since before Covid hit in February 2020). 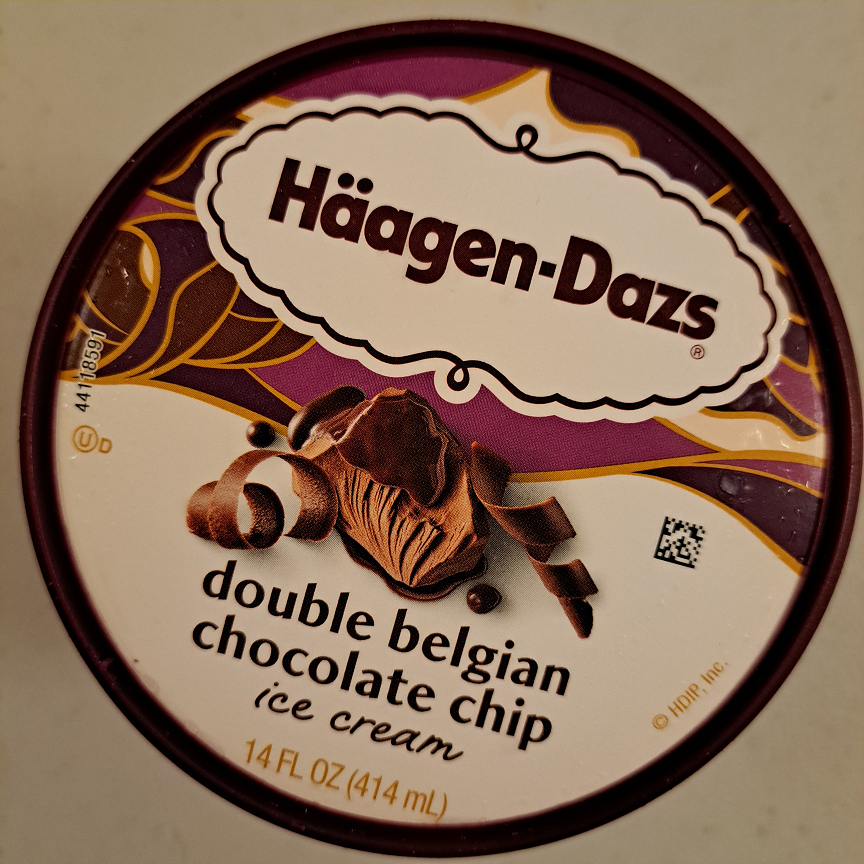 How can you be negative about a country with such inventive & desire-fulfilling spirit? And it pays off in America too – just look at how General Mills stock is laughing at the notion of a bear market!