The tweet series below seems to sum up the action in all markets:

Interest rates are behaving similarly. And the most definitively acting asset class, the U.S. Dollar, is now acting indecisively. Is it about the economy or is it about the Fed? Virtually all data except employment numbers are “not strong” to use a Greenspanism. It seems the asset classes have accepted Vice Chair Stanley Fisher’s declaration that interest rates will rise in 2015. But there is a big tactical difference between July & December. Now that “patient” is gone, all data is being analyzed to get a handle on the July-September-December decision. A data-dependent view is:

McDonald went on to add on CNBC Closing Bell on Friday that the Fed remains concerned about the Dollar. Another view seems to argue that economic data is sort of irrelevant to the Yellen Fed which is reportedly determined to get out of the ZIRP trap. This view leads to the probabilities in the table below from Charlie Bilello of Pension Partners:

The week began with massively bullish 1.5% 10-year yield predictions by Sri Kumar on BTV Surveillance on Monday and Phil Orlando on CNBC Power Lunch on Tuesday. The low closing yields of the week were on Tuesday. That action led to the following observation on Tuesday after the close:

Treasury yields fell below their October 2014 crash lows of 1.86% on 10s & reversed almost immediately. Between the lows on Wednesday morning & Thursday’s close, the 10-year yield shot up by 14 bps and the 5-yr yield by 12bps. It was almost those levels were scalding hot and led to fast heavy selling. Rick Santelli opined that the October flash crash lows were like fair value and led to retracement. About 40% of that rate rise was reversed on Friday. Next week should bring some clarity & perhaps a trend with ISM & payroll data. BofAML clients seem clear in their minds already: 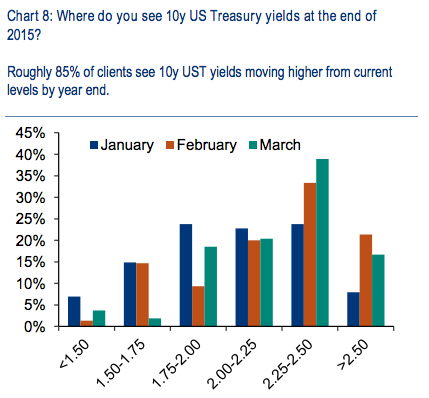 First the positive or semi-positive observations:

Back on March 9, Jeremy Siegel sounded cautious about stocks. This Friday, he told CNBC Squawk Box anchors that he feels a lot better about stocks despite the choppiness he expects in the near term. His target for fair value remains 20,000 for Dow.

In contrast, a usually bullish Jack Bouroudjian was cautious on Wednesday:

A similar point was made by:

Grasso didn’t only talk. He said on air that he had sold all his stocks.

Another indicator (of Jason Goepfert at  SentimentTrader.com) that brings up 2000 & 2007 was discussed by Dana Lyons in his article This shift in a Smart Money indicator may be negative for stocks. If this is not enough, how about a double top?

James Paulsen has been bullish on stocks for years. He turned cautious last year and remains so:

His main concern is Greenspanish:

If you think productivity has anything to do with capex, then look at the chart below from Dana Lyons and read his article Gap Widening Between Stocks & CapEx Those worried about an imminent bear market in stocks might want to read Tom McClellan’s article No Bear Market Signal Yet From Housing:

We will see next week if charts follow news or news follows charts. Thursday’s violent up move was due to the stunning news of Saudi attack on Yemen. Friday violent drop was due to the realization that Yemen action won’t cause any problem for oil or the prospect of a deal with Iran or both or simply people selling Thursday’s up move.

On the other hand, Bear Traps of ACG Analytics put out a Sell USO & BNO on Friday morning. That proved prescient by the close on Friday.

What moves gold? We haven’t found any one who knows. Is it the Fed?

What happened on March 18? Chair Yellen surprised markets with her dovish view. 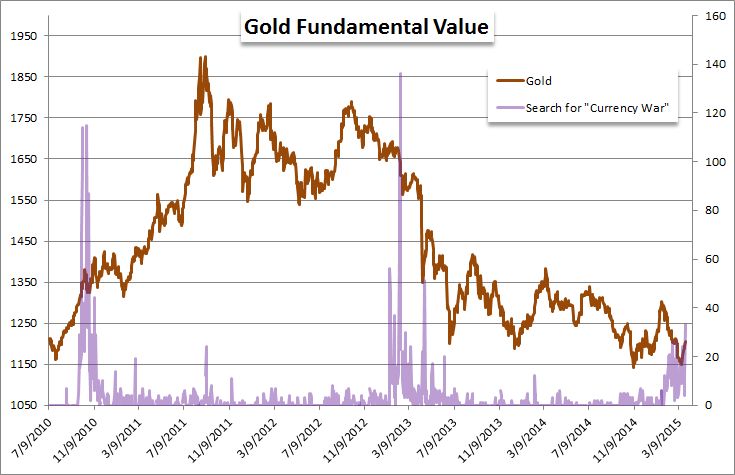 MacNeil Curry of BAC-ML bravely gave both a target price and a time frame this week. He called for Gold to rally to $1307 in the next couple of months:

Curry seemed to assume congruent action from both US Dollar and Treasury Rates. What if yields ramp higher and the Dollar resumes its rally? Curry was not asked on CNBC Futures Now and didn’t say.

Everything seems to be a FX trade these days. So what did the large speculators do in response to the FOMC meeting of last week? 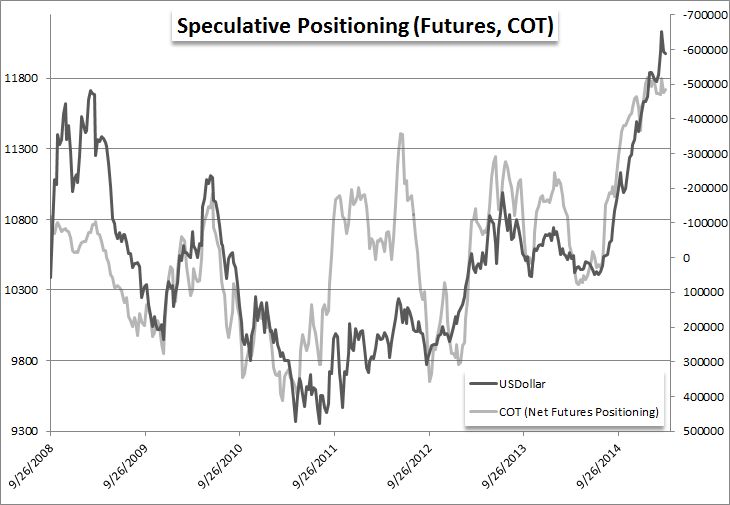 MacNeil Curry called for choppiness in the Dollar in the near term. Dennis Gartman was more explicit on Monday on CNBC FM: 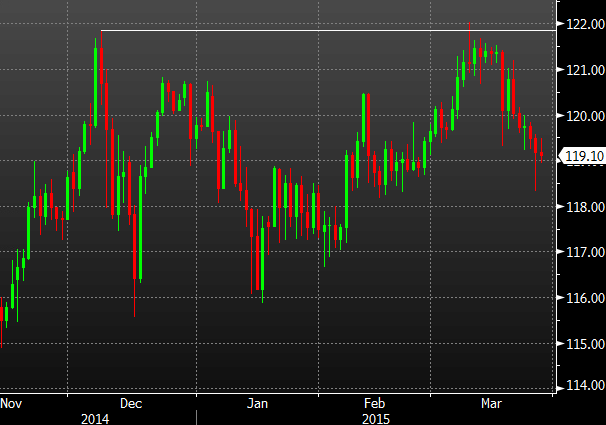 Amazing how Seinfeld episodes still fit! Read the tweet-exchange below from Monday: