We of course mean any chances of a rate hike in September. Our old claim of “0 before 50 bps” now seems valid. We made that claim because we trusted Chair Yellen to do the sensible thing and not get ahead of where she needs to be. She knows that the economy is not accelerating and she sees no reason to slow it down further.

The US economy seems stuck in the 2% mud. Given the trend of the past 3 quarters, we might even call it 1% mud. Because to get to 2% GDP growth this year, the economy needs to grow by 4% in the second half of 2016.

Guess he was right because Kuroda of BoJ disappointed those who were waiting to see the helicopter fly overhead on Friday morning. No wonder the Yen rallied by 4% this week.

Remember the chart from J.C.Parets we featured last week showing how the U.S.Dollar was butting against resistance. Thanks to a more dovish than expected FOMC statement on Wednesday and an agonizingly weak 1.2% print for Q2 GDP on Friday, the U.S.Dollar fell by 2% on the week.

Are width & slopes of trendlines in the eyes of the beholder? 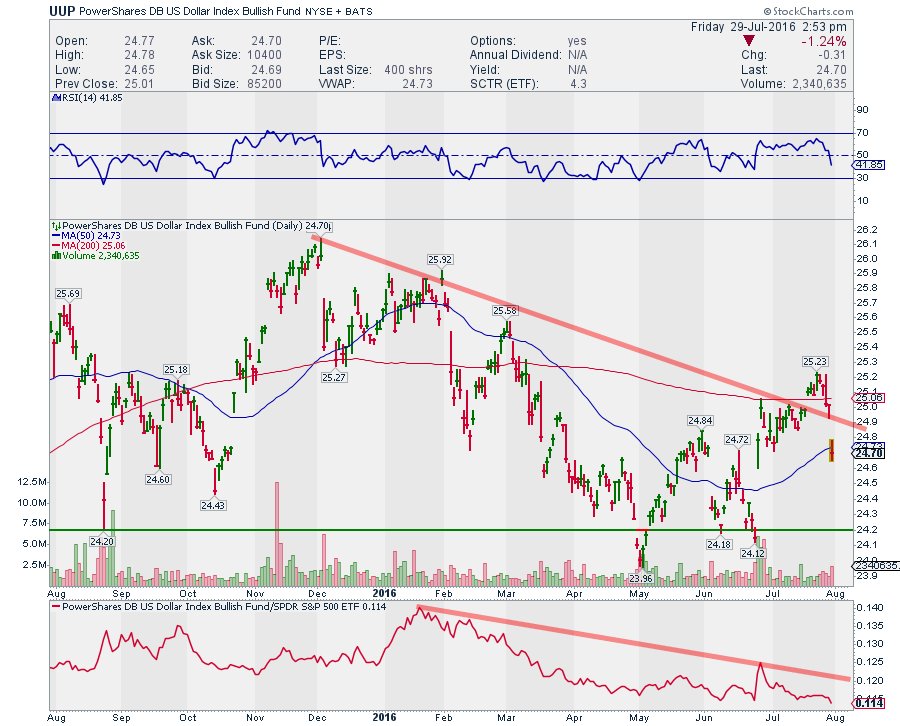 Words like “false breakout” are heavy with possibilities. So hopefully this reversal in the Dollar is not a false breakout. Thankfully, being stuck in 1% mud is better than sliding down to 0% or lower: 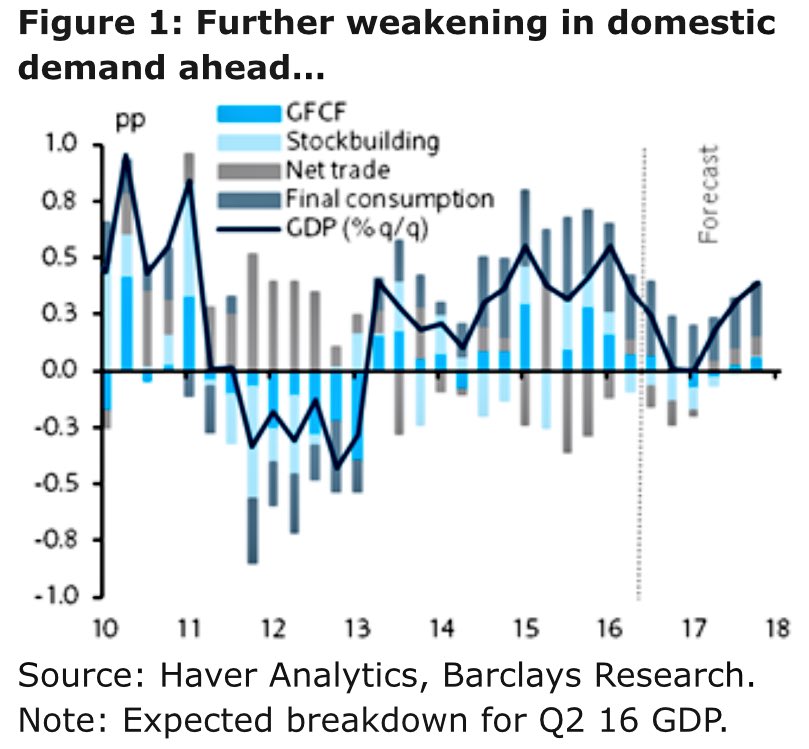 So how can the Dollar fall much farther against the Euro? Unless, like Japan, Draghi is going to surprise by not delivering more stimulus. No wonder 30-year Bund yield fell by 15 bps this week leading to:

But that depends on the answer to the question below:

David Kotak of Cumberland Advisors wrote on Friday “there seems to be solid evidence that inflation has topped 2%“. On the other hand:

The stagflation lite or disinflation debate is key to further decline in US interest rates. Some like Komal Sri Kumar and Scott Minerd argue for 90 bps-1% in the 10-year yield. Jeffrey Gundlach couldn’t care less as he said on Friday:

Many believe in this sentiment. That may be why Treasury auctions saw dismal participation this week and why TLT had corrected its overbought condition prior to the FOMC statement. Perhaps. like Charlie Brown, they believed Lucy this time: 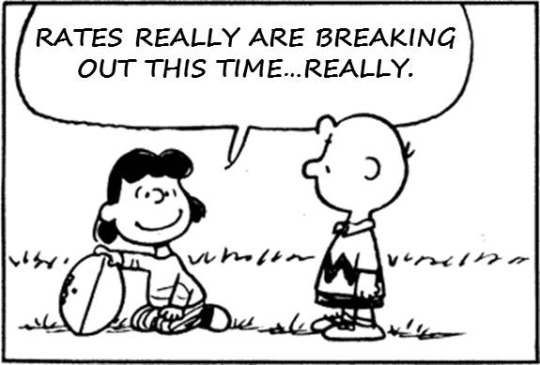 Carter Worth, resident technician at CNBC Options Action, suggested going with the flow and getting long TLT on Friday. Rates he said are going lower. How much lower, he did not say. But they at least have to break to all-time lows, don’t they? Of course that’s not much farther. The 10-year has to fall by only 15 bps to get to new lows. We could see that next week if the NFP number comes in more like the May number rather than the June number.

“Buy the June Swoon, Sell the July High” was a tweet by Urban Carmel @ukarlewitz in early July that referred to the LPL Research article titled  Welcome to the Strongest Month for Equities Since 1928. That article stated “July is consistently positive, while June and August are usually weak” and added ” … August is usually when big drops can happen, as that month is lower by 4.8%, on average, when it is red”.

Jeff Gundlach went much farther on Friday according to:

How would “uber complacent” investors be positioned now? 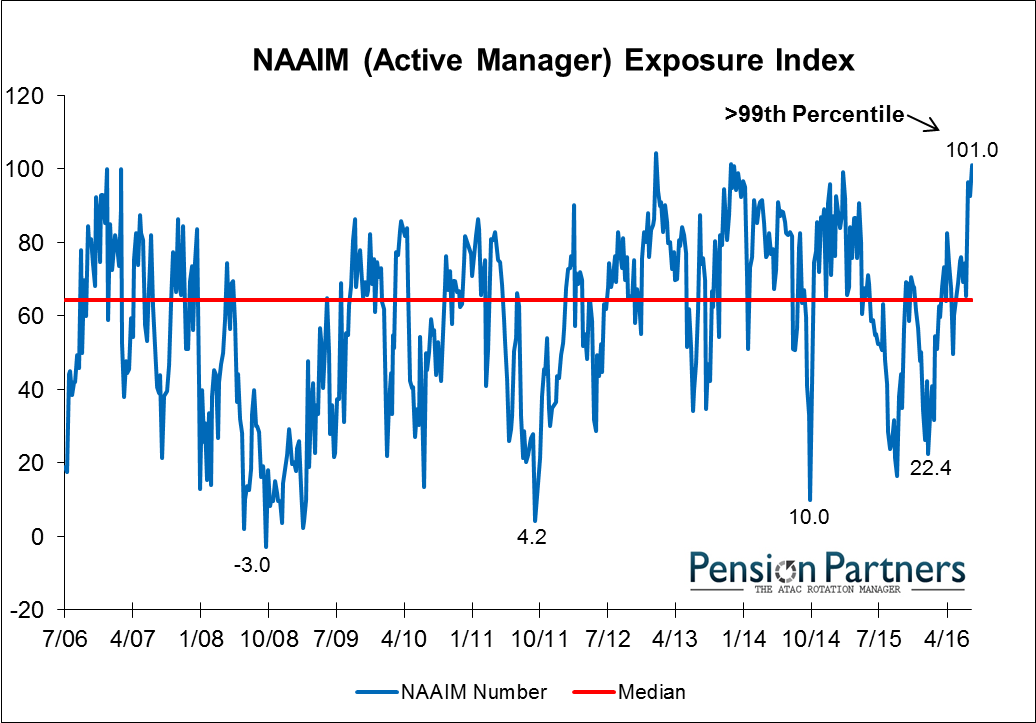 Going back to old-fashioned nomenclature: 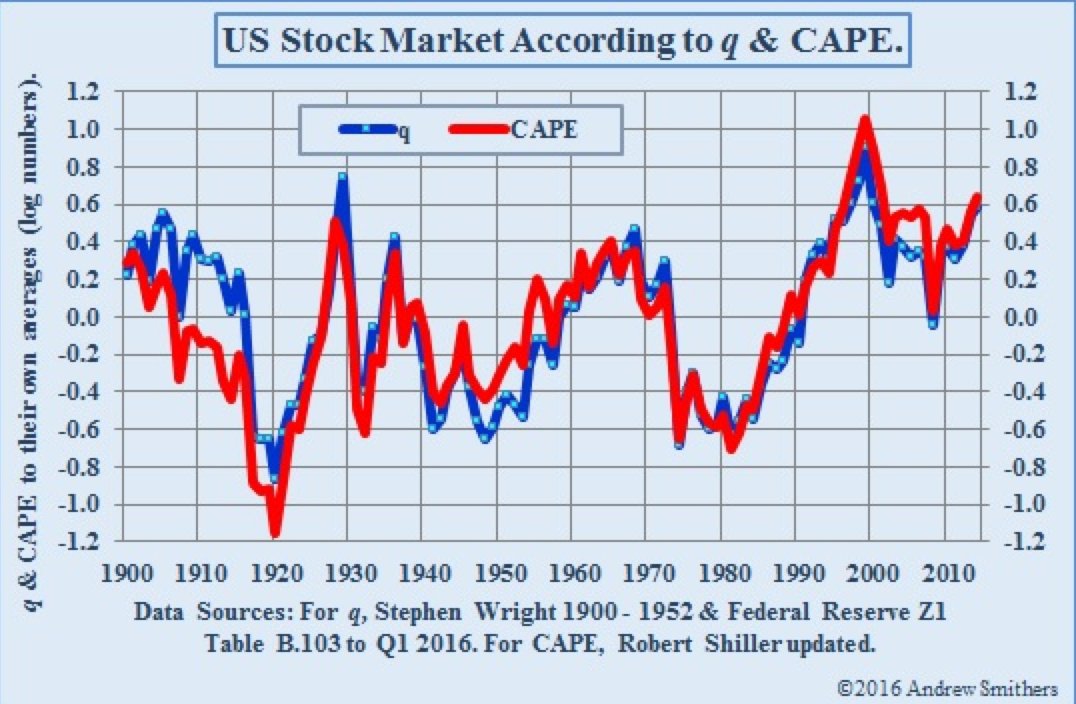 So what would some do? 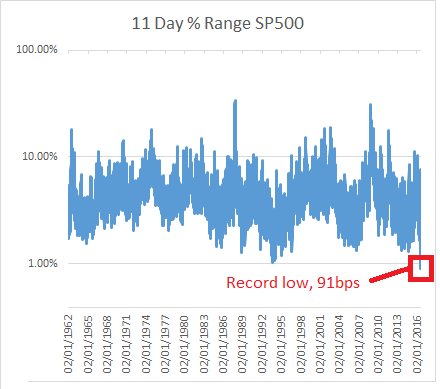 With all this, wouldn’t be lovely if Monday opened with a big bounce? Perhaps because the European stress tests cleared all the big European banks? Isn’t that as good an excuse as any? Because of such risks, some would like to see some real evidence before turning negative:

The July 16 – July 22 week saw a hard fall in Gold & miners. This past week saw a rebound that recaptured all that was lost & gained some more:

A Fed on hold for a long time, GDP growth tepid; some nascent talk about additional stimulus eventually. How is all this not positive for Gold & Miners? Gundlach seems to agree based on what he told Reuters:

Who knows how & why Oil does what it does? Just as everyone was talking about $35 oil, look what it did: 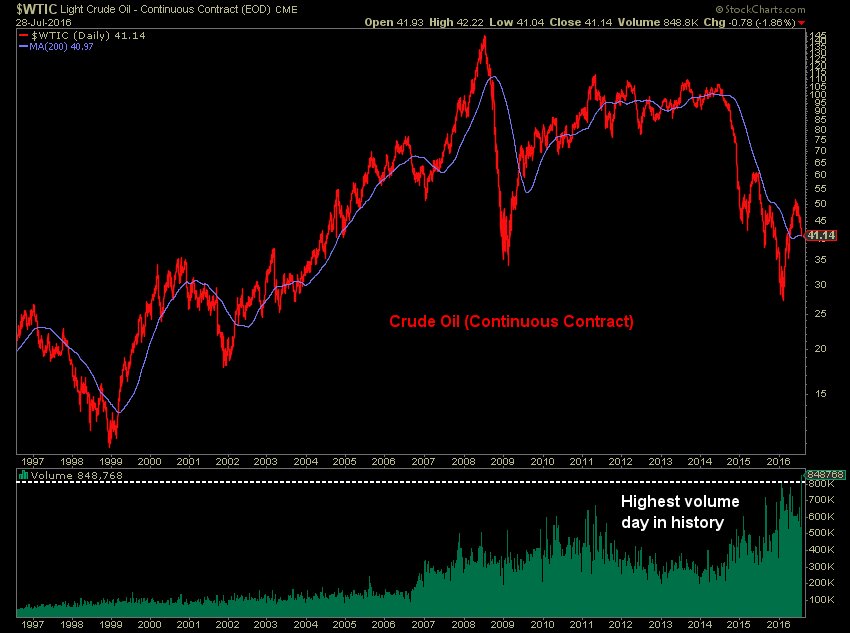 And Oil extended that reversal with a rally on Friday that some described as an “outside day”. Despite that, Oil had an awful week with both USO & BNO down 6%. So does it rally hard next week or fall down again? We don’t have a clue. That is why we totally concur with the sentiment below: