1.In Yellen We Trust

As we had said last week,

Chair Yellen clearly agreed and sent an unambiguously clear signal on Wednesday via the FOMC statement and in her presser, or “sermon” as David Rosenberg termed it. You can always trust her to do the right thing especially if the right thing is to be dovish. Besides not raising the federal funds rate, she downgraded the long term growth rate of the economy from 2% to 1.8%.

Of course, her task was made easier by what BoJ Governor Kuroda did on Wednesday morning our time. He maintained his QE and committed the BoJ to maintain a 0% yield in the 10-year JGB. This brave, almost Quixotic, action had already soothed the “nerve-center” of the global markets – 30-year Treasury yield. Yellen completed the treatment on Wednesday afternoon. Just look at the results – The German 30-year yield fell by 15 bps on the week, the Japanese 30-year yield fell by 10 bps and the 30-year Treasury yield fell by 8.7 bps. Naturally, volatility fell across all 3 large asset classes – bonds, stocks & gold.

This collapse in volatility and fall in long yields was also due to the obvious but unstated fact that the concept of central bank divergence was put to rest by Yellen-Kuroda. Just as the sovereign bond markets had proved since August that they were all different tributaries of the same river, Yellen-Kuroda demonstrated that they were both members of the same central banking team. And we all saw that all the major asset classes, sovereign bonds, stocks and precious metals were all different tributaries of the same river, the river of liquidity that is flowing courtesy of Yellen, Kuroda & Draghi.

It was as if all three were singing on 21st of September:

Our hearts were ringing
In the key that our souls were singing.
As we danced in the night,
Remember how the stars stole the night away.

Of course, the big question is whether the markets remember this 21st night of September come performance fee time in December.

Naturally Chair Yellen talked tough about their intentions for December. But as all of us should know, they are “markets-dependent” which embodies data dependency. What about parallels to 2015? 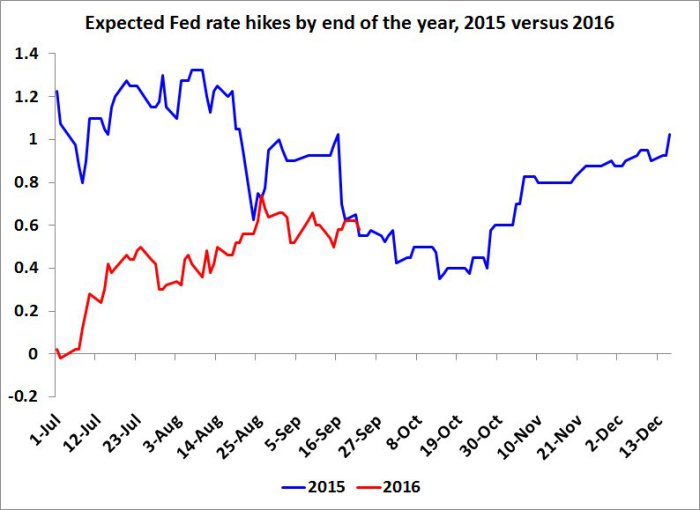 Just like 2015, we believe we would know more about December in early November. We will have certainty about the election and more information about the direction of the US economy with two more NFP numbers. Until then, what the Fed does in December is a “huge who knows” as Jeffrey Gundlach put it on Wednesday afternoon on CNBC FM.

First an “all of a sudden” un-rosy description of the US economy from David “Rosie” Rosenberg on Friday:

The day before we heard Larry Fink sound a decidedly downbeat note in his conversation with BTV’s Erik Schatzker:

What about developing countries? Read what a recent Unctad report said per FT:

This should be positive for global sovereign bonds and for duration, right? Right said Bill Gross post-Fed:

Mark Newton seems to concur from his technical perspective: 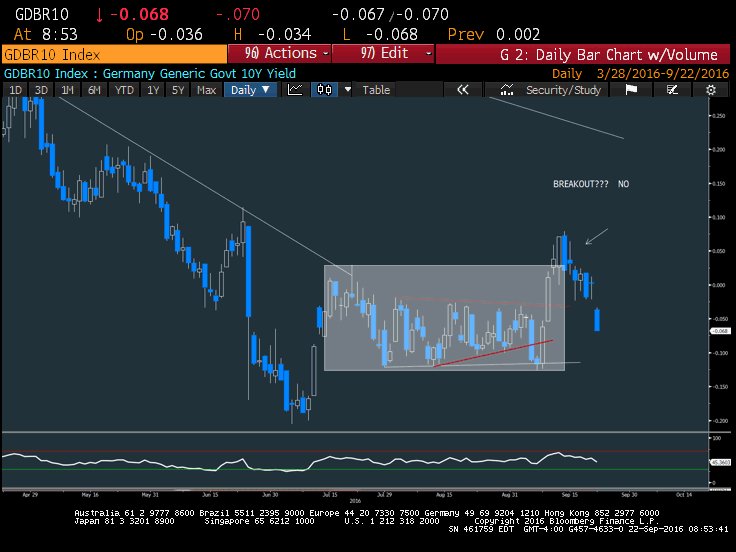 We know what “false breakouts’ often mean – fast move in the opposite direction. So all this is consistent, right?

Wrong, say Jeffrey Gundlach & others. Gundlach believes that the central banks have now “fully capitulated”. They know that their policies are not working & so they want to steepen the curve. His main point is that the bond markets have begun to sniff out higher probability of fiscal stimulus and that is a negative for long duration bonds. He, like others including Pimco, argue for an increase in inflation and so Gundlach now suggests buying what he has ridiculed in the past – 5-year or longer TIPS,

We wonder whether bond markets have been sniffing something themselves or their sniffing is due to the false trails of dissenting members of central banks. There is no doubt that long JGBs created the recent bout of indigestion. Will renewed fears of a global slowdown cure that? A consensus is building about a need for a fiscal stimulus. But how far away is a real stimulus program? Is any real progress on a stimulus possible until the end of Q1 2017?

There is no doubt we are, as Larry Fink said, at a “pivot point, a binary pivot point”. But when do we see a decisive move from fiscal policy makers? Not until Q1 2017 in our opinion. So what will Yellen-Kuroda-Draghi do until then? Squander away the stability they have worked so hard to create or do everything they can to stay the course until the politicians get ready? Our bet is the latter as long as weak data allows markets to give them that latitude.

First a sound comment from Lawrence McMillan of Option Strategist:

To flush this out some more:

The Russell 2000 ETF outperformed all broad indices this week. Because it has more “room”, perhaps? 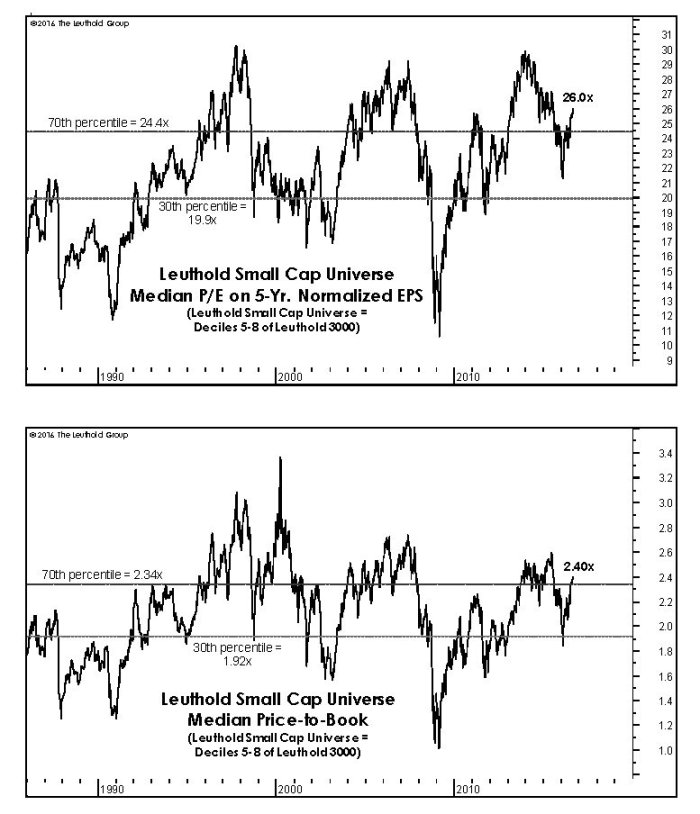 But all time highs in some sectors could also mean a top, couldn’t it? 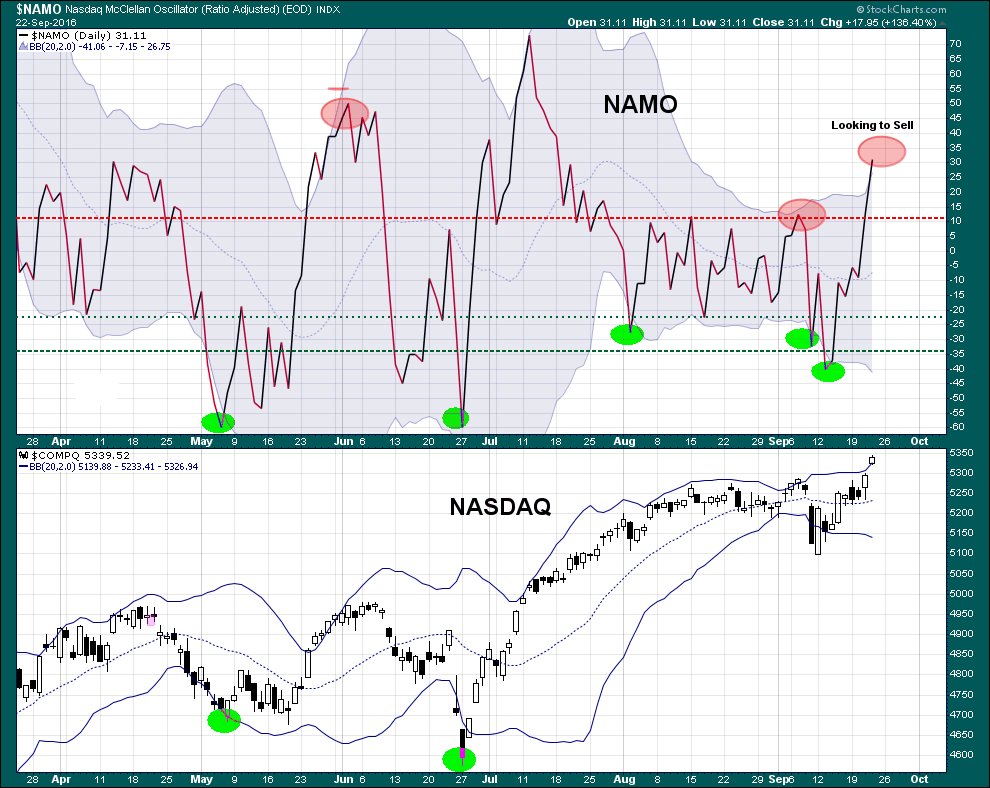 The reverse of a top is a bottom, right? 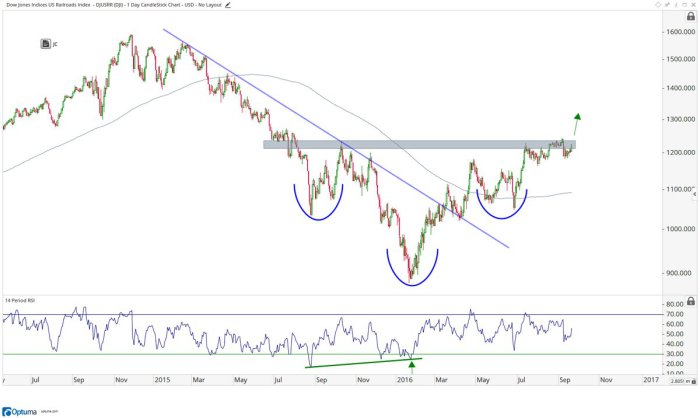 Gold miners exploded post-Fed and despite a hard reversal on Friday, they were the best performers of the week. Was that because they were deeply oversold entering the week or because central banks acting in tandem is just sweet music for gold & miners? 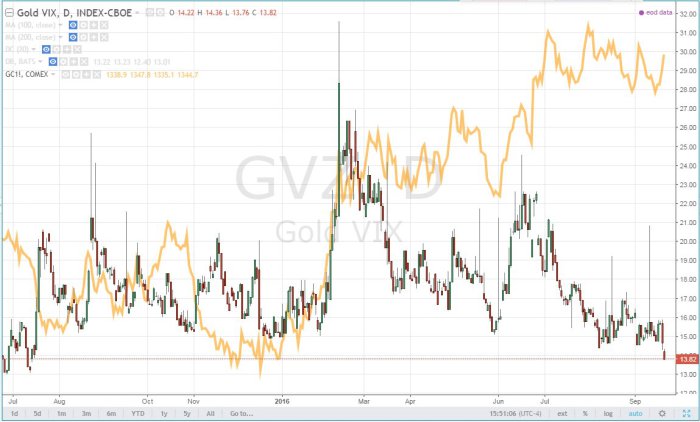 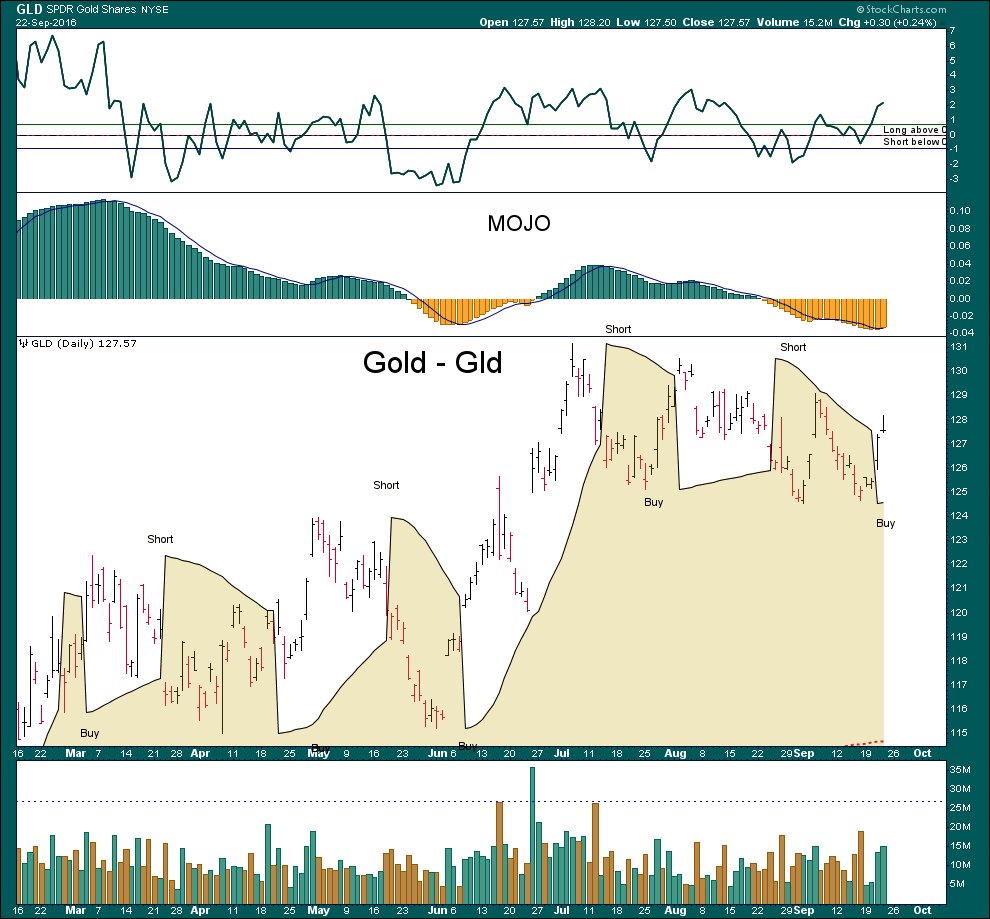 Will what Yellen-Kuroda did on this September 21 lead to a year-end rally? If so we will all be singing in December:

For those who don’t know, the lyrics in this article are from a classic, one that we, for some weird or mystical reason, began singing around noon on Wednesday, September 21. Then came Yellen at 2:00 pm. How prophetically weird was that?