Monuments are so important to a nation especially when they signify a breakout. Such monuments can serve not just as signs of past glory but more importantly as beacons to the world. Monuments built on land can be impressive but a monument built in the sea has a message of its own. Just look at the the Statue of Liberty in New York harbor. Lady Liberty may have been built in France but its message is All-American. That is why it has become so iconic.

When we think of freedom, liberty & breakout of a society, we think back to mid 17th century when all of India was a subjugated slave to Muslim invaders from Central Asia and to domestic Muslim sultanates. Not because Indians were not brave warriors but because they had no unity, no vision; no vision left after 650 years of continuous Muslim subjugation. Indians served as warrior chiefs in armies of warring Muslim sultanates & died for them as mercenaries in their homeland.

Then, in 1644, a young boy of 14 years stepped up with his childhood friends and took an oath to Bhagvaan Shiv to build a free Kingdom of Indians or Hindus as they were called by Muslims. He was named Shivaji by his visionary mother who instilled in him a fierce drive & ambition for freedom. Shivaji had no money to speak of, hardly an army except a small team of friends in whom he instilled the same drive. With his vision, with his early victories, Shivaji unified a large part of his area of Maaval, a province around his town of Pune.

His breakout victory came in 1659 against a a large army led by Afzal Khan, the then greatest general in the Indian subcontinent. That battle of Prataap-Gad is recognized as one of the 10 greatest battles in world history, a list that includes Hannibal’s crossing of the Alps & the German Blitzkrieg in the Ardennes in World War II.

A boy of 14 who began his solitary fight built a kingdom that mesmerized India & the European leaders who were trying to enter India at that time. Gaagaa-Bhatt, the greatest Vedic Scholar of the time & Head of Varanasi school of North India, traveled south to Pune in 1674 to convince Shivaji of the need to become a duly crowned Chhatra-Pati, a Sanskrut term that signifies a legitimate, duly crowned Emperor.

How enormous was Shivaji’s achievement? The Portuguese Governor General of Goa wrote in 1666 – “Shivaji’s accomplishment is so great that it can only be compared with Alexander “. “Monty” Montgomery, the celebrated British Field Marshal of World War II, wrote in his book that “a man like Shivaji comes along once in a thousand years“.

That India had suffered consecutive invasions & conquests from the North West, from invaders from Afghanistan & Uzbekistan. The entire attention was therefore focused on the land warfare. The geography of North India has no access to the sea. So no ruler in Delhi, neither Indian nor foreign, ever worried about what might come from the sea.

Shivaji was the first leader in centuries to see the challenge that might come to the west coast of India from the Arabian sea. The southwestern coast of India had already seen small colonies established by the Portuguese & an emerging base being built by the British. So, despite the enormity of invasions against his nascent fledgling regime from Muslim armies from neighboring states & from Delhi, Shivaji began building a navy. He began by taking over a small island of Khanderi that was close to the emerging British base in Mumbai.

(Sindhu-Durg, as seen from the seashore)

That was merely the first step. His signature project was the construction of the Sea Fort of Sindhu-Durg on an islet off the southwestern coast of India. His forces took possession of this islet in 1656, three years before his breakout battle against Afzal Khan in 1659. Five years after that battle, after taking over much of the southern Muslim Sultanate of Bjiapur and after forays into Mughal trading towns, Shivaji finally had enough money to build Sindhu-Durg. This massive fort in the sea was built in three years from 1664 to 1667. It is now emerging as a major tourist attraction even though there is very little of the original fort left except of course the massive wall surrounding the islet.

A year and half ago, modern India began its breakout under the new & truly Indian Prime Minister Modi. India is so hard to move but the world sees it is happening and the world is beginning to believe. Dominic Barton, the global head of McKinsey said recently that “Narendra Modi has turned India into a magnet“. He added:

This is well & good but what do you think when you hear India? India is still recognized by the world as the land of the Taj Mahal, a monument to love built by a ruling Uzbeki-Mongol. It is such an old symbol for the new India that is breaking out. What is needed is a symbol of the real India, an India that is free, confident & breaking out to take its place as the regional power in the Indian Ocean.

As we said, PM Narendra Modi is truly Indian and a true Indian. He understands the need for India to build a monument to breakout from the twin subjugations that India has faced over the past 1,000 years – the subjugation from Muslim rule & subjugation by British from the sea. He knows that after the emergence of Shivaji, Indians never lost a single battle against Muslim sultanates & Mughals. And he also knows that the navy Shivaji began building in 1656 rose to dominate the Western Seashore of India & kept the combined navies of British, Dutch & Portuguese at bay.

So what better symbol for today’s Indian breakout than a glorious statue of Chhatra-Pati Shivaji in the Arabian Sea? This is not just speculation, folks. Just as Shivaji Maharaj laid the foundation stone for the Indian Navy in 1656, Prime Minister Modi laid the foundation stone for a glorious statue of Chattra-Pati Shivaji outside Mumbai in the Arabian Sea on December 24, 2016.

Look at the plans for this new Statue for Liberty and Freedom:

Once completed, this massive project will be a beacon to the entire Indian Ocean that is still laboring under the weight of British subjugation. It will signal the emergence of India as a major naval power that works towards building peaceful prosperity in the Indian Ocean.

And speaking locally, this Statue will do for Mumbai what Lady Liberty did for New York. It will become, in the words of the McKinsey CEO, a magnet to bring global tourism & business to Mumbai, the emerging global seat of business. 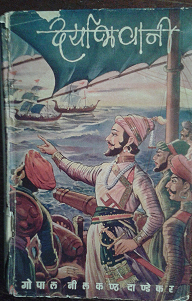 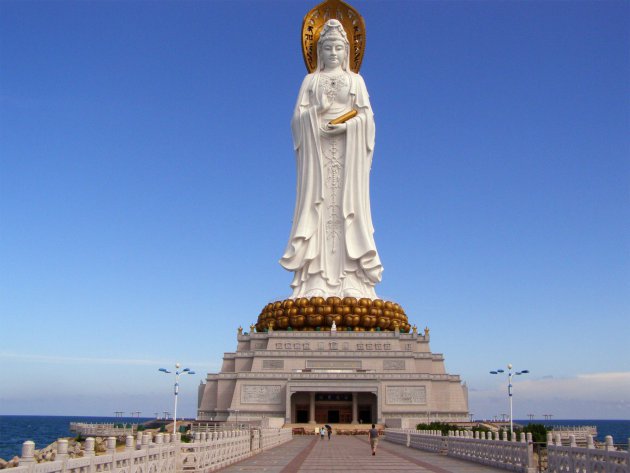