What might have led to this explosion was apparently known to many, except of course to Fin TV reporters. The RBC report was first revealed by Zero Hedge. Then Fin TV picked it up on Thursday.

Reportedly, a Catalyst fund was caught in loss-creating one-X-many S&P call spreads position. When the S&P blew through 2,300, the fund simply had to close the positions and hence the buying panic early this week. Catalyst reportedly announced on Thursday that they had closed these positions. That may be why the buy momentum stopped cold on Thursday morning.

The best comment about the Catalyst effect came from Mark Yusko of Morgan Creek Capital on BTV on Friday in response to a BTV anchor’s description of Catalyst as a “whale” – “If a $3.4 billion fund is a whale, I want to go to cash“.

If a $3.4 billion fund can create such a problem, what does it say about liquidity conditions asked Mr. Yusko. Yusko compared this turbulence to China-triggered problems of Risk Parity funds in August 2015. When one risk parity fund had to liquidate, other risk parity funds had to follow. Yusko added that it is not just this Catalyst fund but other large pension funds are doing similar trades and wondered if they might be forced to liquidate as well.

The China-triggered Risk-Parity-led decline & the resultant spike in $VIX were brought up by Tom McClellan in his article VIX Futures Traders Finally Getting Complacent:

A similar concern about XIV was voiced by Chris Kimble:

Marko Kolanovic of JP Morgan voiced a similar concern about a potential accident in the stock market arguing that correlations have dropped to historical lows & are likely to move up with a bounce in volatility. He said this is likely to begin in March and the onset of Quarterly Expiration cycle.

There is virtual consensus in the markets that reflation-inflation is on the way. Jim Paulsen of Wells Capital said on CNBC Squawk Box on Friday that this year reminds him of 1987. He said he sees stocks going up and rates going up. His target is 2,600 and he made the mandatory statement that we will not see a 1987 style drop after that.

On the other hand, Priya Mishra, a TD Securities & an ex-Merrill strategist, said the 10-year yield was in a range now and if the 10-year yield breaks 2.50% to the upside, we should buy the 10-year Treasury. But she sees inflation rising and her highest-conviction trade – Buy breakevens.

But another ex-Merrill economist has been pooh-poohing this inflation-schminflation stuff for some time and did it again this week – “I just cannot get too excited over the reflation-turn-inflation trade“. This week he got support from another:

But what about the strength of the data in various surveys?

When have surveys run so ahead of actuality and what tends to happen then? 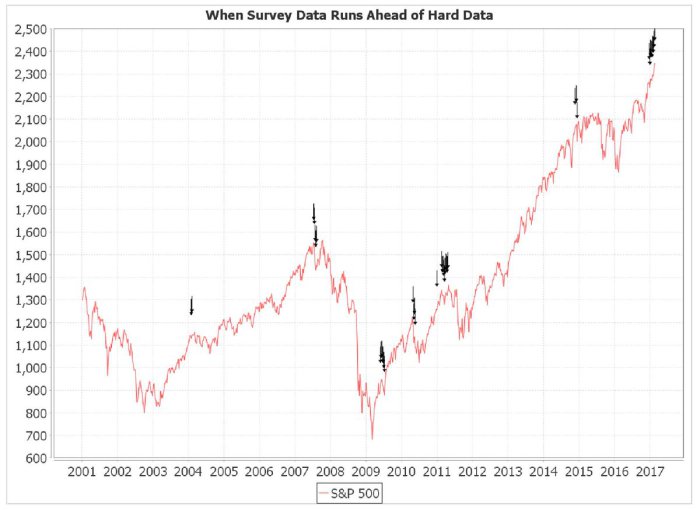 The other 4 tweets of Mr. Hester are also interesting. Mark Yusko, despite the animal spirit seen in surveys, pointed out that the consumer is struggling and the economy is slowing right now. But his target for the bubble to end is 2,800 by labor day. 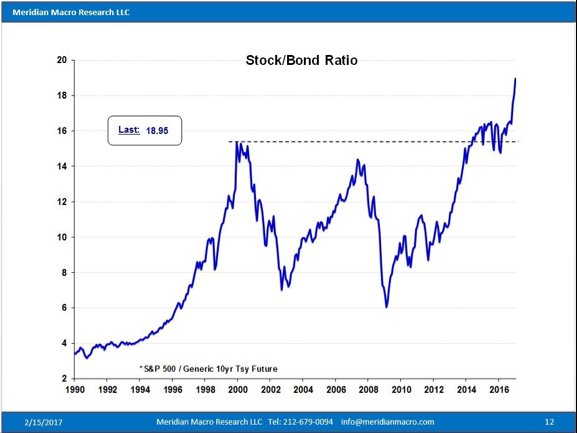 Priya Mishra proved right this week in her statement that 10-year Treasuries should be bought if the 10-year yield crosses 2.50%. It did on Wednesday thanks to Chair Yellen’s testimony on Tuesday & Wednesday. Then it fell on Thursday & Friday to close at 2.42%.

What are some of these secular forces?

Chair Yellen has to be frustrated. After she did so much to get yields up with her March rate hike discussion, the 5-year yield fell 9 bps from Wednesday’s close to Friday’s close. The entire 10-3 year curve fell in yield by 8-9 bps with the 2-year yield falling by 6 bps.

What could move both rates & stocks up? The State of the Union address of President Trump on February 28.

That State of the Union speech was emphasized by Kevin O”Leary on CNBC FM 1/2 on Friday. He said he needs to hear serious calls on 2/28 to stay long financials. But his final verdict was – “I really like the markets. I am staying long.”

Rick Santelli did his white board stuff on Friday and showed how he gets to a Dow 21,576 target by March 6, 2017. It was an interesting technical exercise. But CNBC decided to expunge it from their website. Guess they don’t like Santelli to show his technician skills.

March 6 is two weeks from this Friday, right! 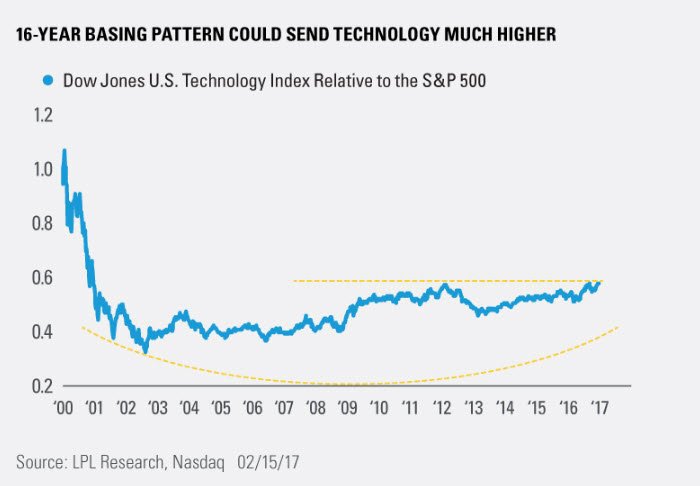 To be boring, the statement by Lawrence McMillan of Option Strategist summarizes the basic & so far correct posture:

The conclusion might prove correct but to base it on a sample size of two?

Some said this week that oil price is destined to rally this year. It may indeed, but shouldn’t the charts below change direction for that? 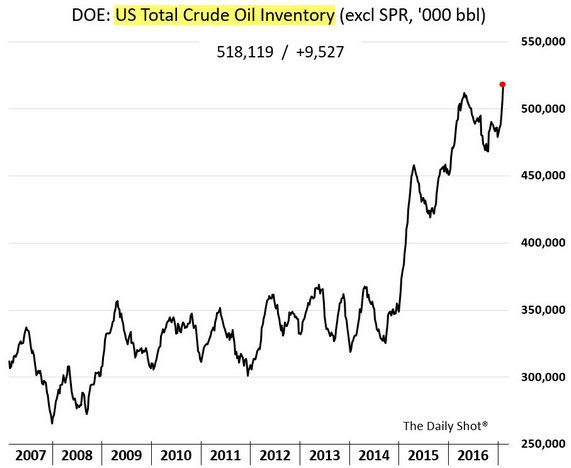 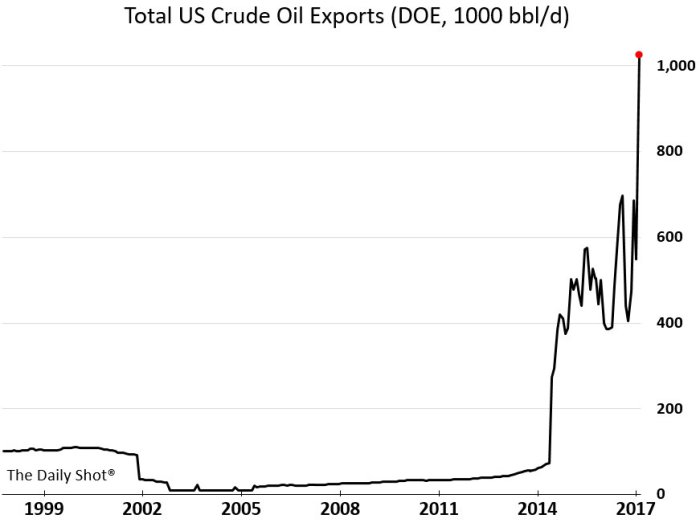 8. Still think it is a German Nazi symbol? 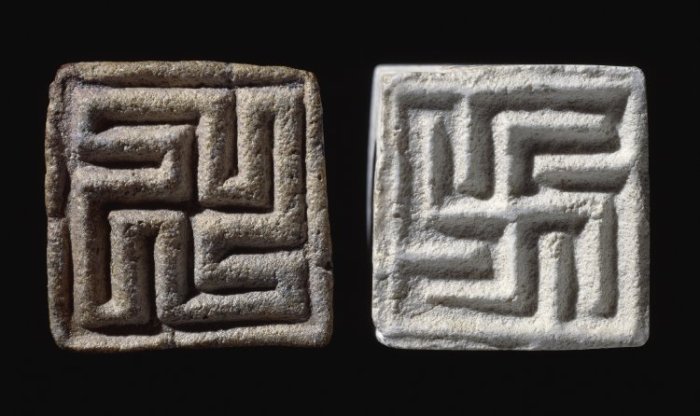 We appreciate the tweet & the photo but really wish that, some day, Indians stop being BrIndians & revert back to correct phonetic spellings.

The “k” suffix  in Samskrut means generator of or creator of. So Svasti-k means the generator of Svasti. The term Svasti is also a compound Samskrut term Su+Asti meaning a state (asti) of Great Good (for want of a better inclusive term). How is the state of Svasti described in ancient Samskrut literature?

The Svastik was apparently adopted by early Christians as a hooked version of the Christian Cross, the symbol of Christ’s victory over death”. And 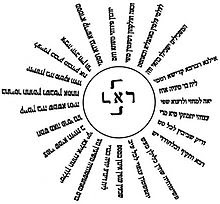 – A swastika composed of Hebrew letters as a mystical symbol from the Jewish Kabbalistic work “Parashat Eliezer.”

And what about today’s Jewish authorities?

Read Affirmation 7 of the Declaration of the joint Hindu-Jewish Leadership Summit in Jerusalem in 2008 under the stamp of the Chief Rabbinate of Israel and the World Council of Religious Leaders:

This is fine but why do Hindus keep using the British-imposed “w” & wrong suffix “a”? Because Indians became physically free in 1947 but remain mentally subservient to the British. Sad!