1.Back to the election?

Clearly the markets want to believe. We saw that this week when the outline of the tax reform proposal came out. That day in itself was a repeat of the post-election action. Add to that the stimulus coming from rebuilding post Harvey, post-Irma, & now post-Maria.

Market & political pandits kept warning that the proposed tax reform has no chance of passing. But markets did not care. Perhaps they are right. The congressional Republicans have their backs against the wall. They get the message of the victory of Roy Moore in Alabama and the support President Trump has gained by attacking the NFL for disrespecting the National Anthem & the Flag. That has aroused the base just in time for President Trump to begin selling the tax plan.

So some form of a tax cut will pass, we think. The markets are signaling so with rates going up, Dollar rising some & US small caps breaking out. That brings us to the posture that has proved successful all year, the posture expressed weekly by Lawrence McMillan of Option Strategist:

First the who cares wing! 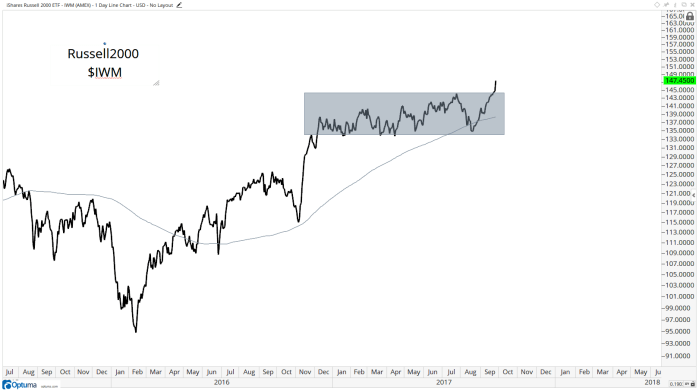 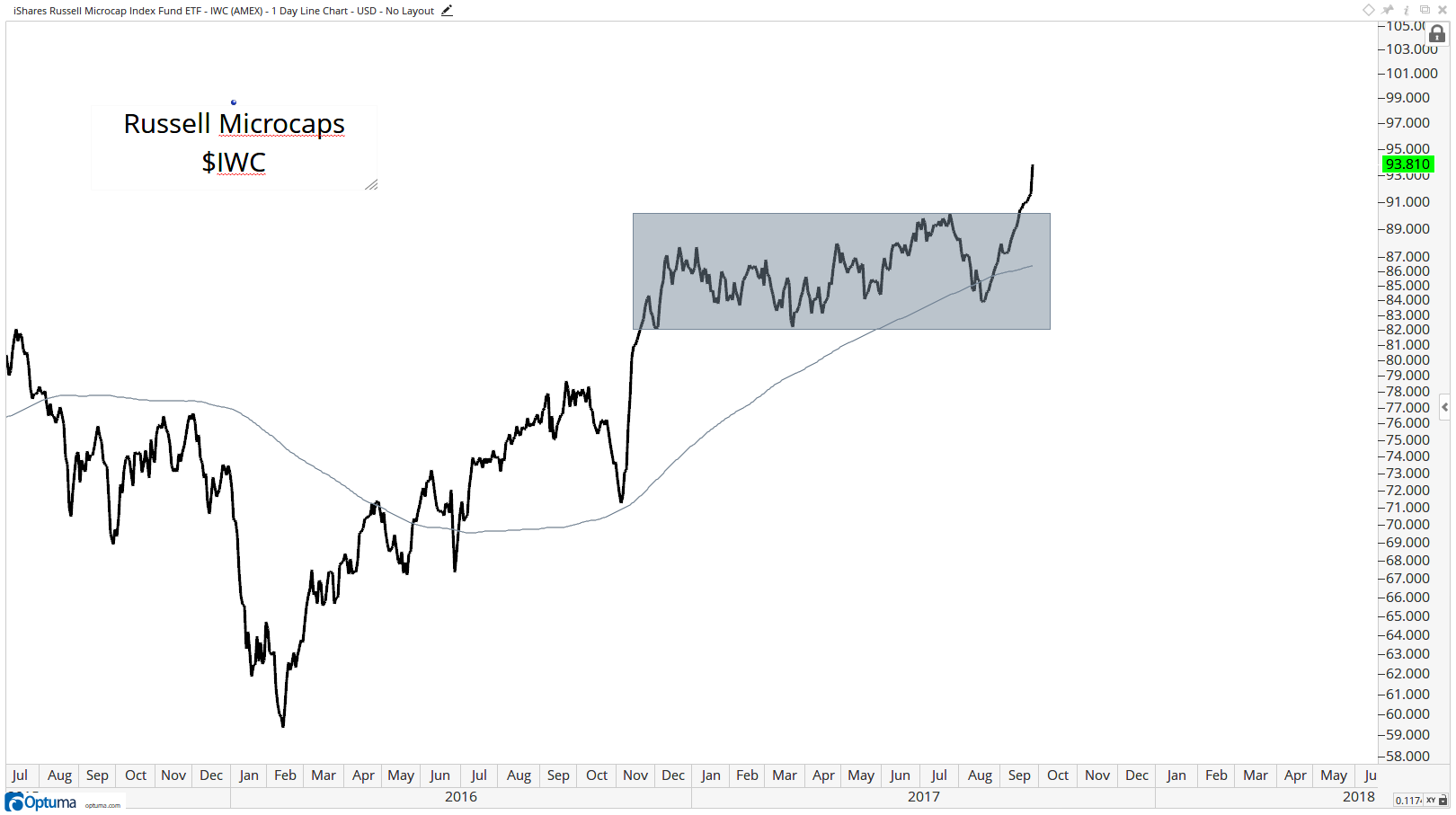 Now the watch out side: 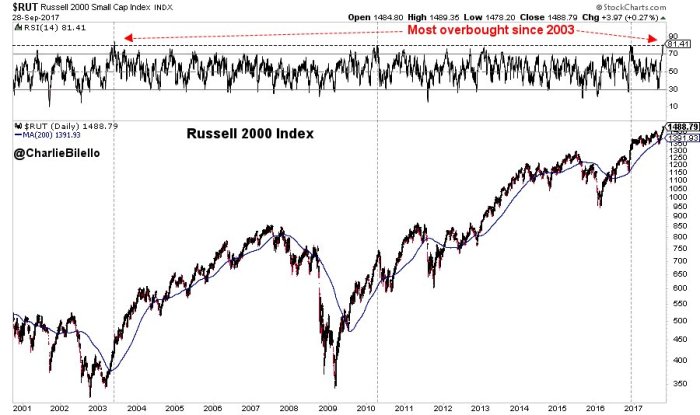 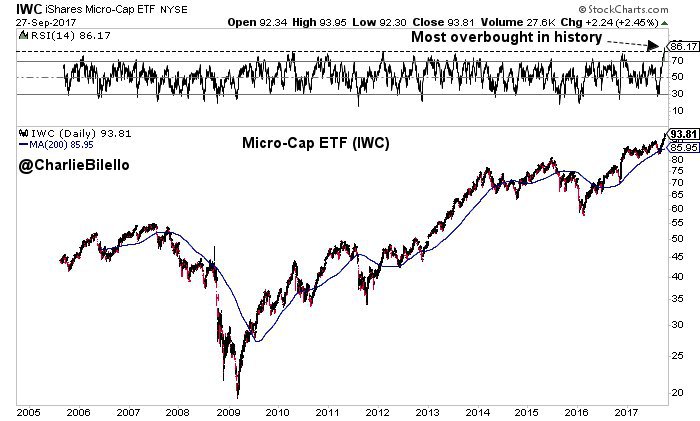 Harking back to our old friend Dr. Pangloss, wouldn’t it be great to have a swift, sharp correction to resolve the overbought condition and then run again?

The curve steepened some this week with the 30-10 year part going up more than the short end. The German 10-yr knocked again on the 50 bps door this week but didn’t break it down. The momentum is clearly to the upside & Draghi is next to speak. But the momentum of inflation in Europe is still going the wrong way: 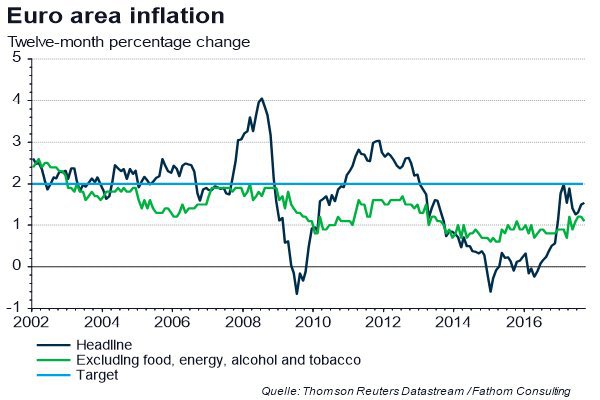 The rise in Treasury yields has been fast & furious. It will be interesting to see if a strong payrolls report sends yields higher. A weak report might be ignored with the stimulus yet to come.The 200-day on most yields is getting nearer & that break has been important in the past. The 5-year was close to breaking 1.70% 3 weeks ago and now it is about to break 1.90% on its way to 2%, with the 2-year about to break 1.50%.


But we have seen these fast rises in yields before as Carter Worth pointed out again on Friday. His case is simply that this rise will be of similar amplitude & duration of the previous jumps in Treasury yields. Next week will be a big tell.

J.C.Parets termed gold as garbage. Many seem to agree because: 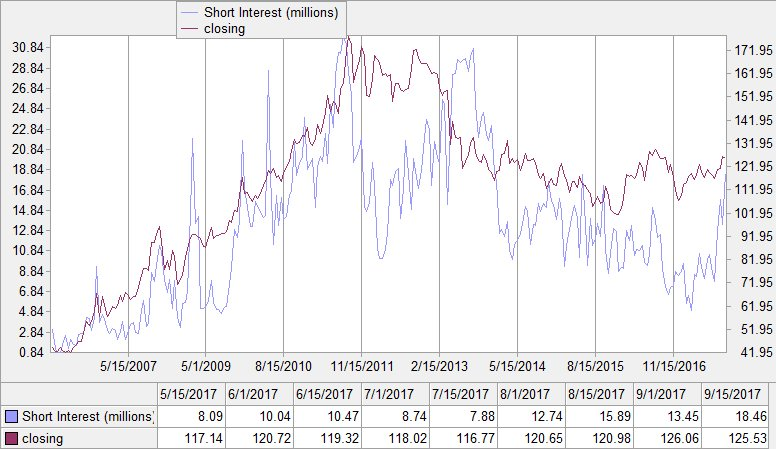 January 1, 2014 came after the huge rise in yields & fall in Gold thanks to Bernanke’s taper tantrum of 2013. The central banks have expressed their semi-hawkish stance most of this year and especially in the past couple of months. The question is whether rate markets & gold markets have priced in more than what the central banks are actually going do.