This year’s Karva Chauth was last week on October 8, 2017. No practice is as loved by North Indian women but so reviled by a type of Indian women, the type that writes in HuffPost India. This year was no exception. Guess what search for “Karva Chauth” on Huffingtonpost.in revealed – 12 articles all venting rage. Or simply look at the partial list below:

Wow! What is this Karva Chauth? Why does it drive the insane rage of these HuffPost India women?

It is quite simple, really: 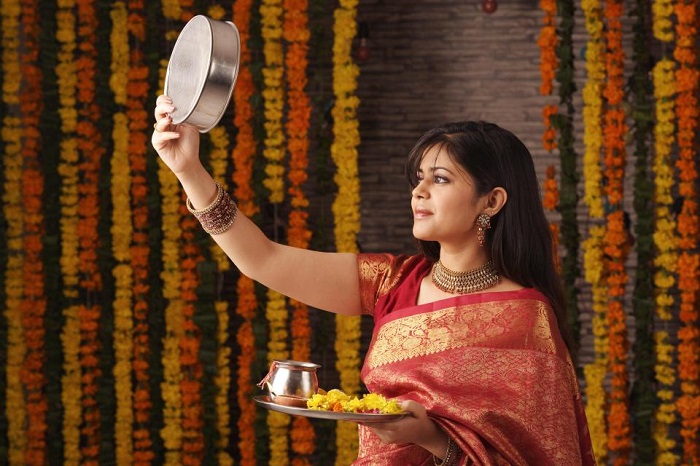 So what drives the insane rage of HuffPost women about this practice, we wondered. So we decided to read the first article in our search, an article by Puja Bhakoo that described Karva Chauth as a feast for Patriarchy. Ms. Bhakoo describes herself as a “creative writer”. Let us how creative she is via excerpts from her article. Our own comments are embedded in red in italics:

2. My personal offer for a gender-neutral Karva Chauth

No woman in my extended family, either in my generation or in previous generations, has ever practiced Karva Chauth. Despite that and entirely in the interests of reparations for the current female-centered practice of Karva Chauth, I hereby offer to practice Karva Chauth in 2018. What would be my cons & pros?

Man, this would be a sweet deal. So sweet that I would be happy to rent myself out as a one-day husband (platonic, of course) to any beautiful, rich wife whose husband is not committed to a gender-reversal Karva Chauth. Could you help me find such a one-day wife, Ms. Bhakoo?

The last pure-Indian period in India is called the Imperial Kanya-Kubja (today’s Kanauj) period.When you read about the social practices or Dharma-Shaastra of that period, you do not find any mention of either the Karva Chauth term or of any rudhi that resembles Karva-Chauth. So this practice must have originated in a later or middle-age period or later.

If you scan the economico-social practices of the middle ages in India, Europe & Middle East, you notice that wives generally didn’t have rights to marital property & assets (unlike in the previous millenium). So the husband’s wealth & assets generally went to the next male inheritor in the family.

This was certainly the practice in Indian families in the middle ages. The wife did enjoy the benefits of wealth & power while her husband was alive. But that ended after the husband’s death. That wealth went to  the next male inheritor, often the brother, son or nephew. And the family responsibility & power went to the wife of that male inheritor. The newly widowed woman would then become a powerless dependent of the male inheritor.

So you see that a living husband, however bad, was the most important asset of a wife in those days. The death of the husband was not merely a grievous emotional loss for the wife but also a total catastrophe from a monetary & social perspective. No wonder wives were willing to do whatever it took to ensure a long life for their husbands including fasting on Karva Chauth day. This makes it a survivalocracy and not necessarily patriarchy. Because the male didn’t get any material benefits from it.

Indian society has always been creative in building religio-social practices around important objectives. Such practices (pratha or rudhi) went a long way towards delivering a more emotionally richer and comforting life for wives.

Today the situation is different. Wives generally inherit the assets & wealth of the husband after his death. So the benefits of Karva Chauth are mainly geared to warding off misfortune and preventing an emotional tragedy. Therefore, in its wisdom, Indian society has now converted Karva Chauth into a celebratory event that binds the family together.

Today, Karva Chauth is a practice of choice. It can be celebrated by wives alone or jointly with husbands. Who knows it may soon be celebrated by husbands alone for the long lives of their wealthy wives. After all, we husbands love gifts too.