Last week, we featured a prediction about what might happened to Treasuries on Monday, July 23:

What happened on Monday? US Treasury rates rose up 6 bps across the 30-5 year curve. But not to worry, said Bank of Japan. 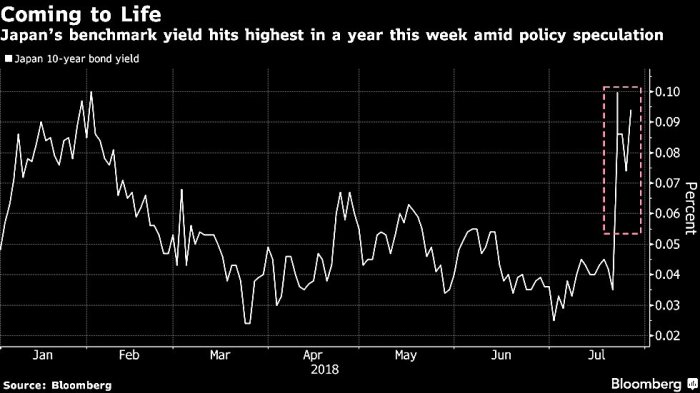 But US Treasury rates remained stubborn all week and the 30-year & 10-year yields closed at 3.10% & 2.98% on Thursday, their closing highs for the week. Perhaps that was in anticipation of the glorious Q2 GDP number. It did come in at 4.1%. But it had a silver lining for Bond bulls:

So Treasury rates fell a bit on Friday, with the 30-year – 5-year yields falling by about 1 bps. That prompted:

But how does a smart economist say it?

Who better to tell us about Fed’s intentions than the Fed when the FOMC meets on next Wednesday? Actually, next week promises to shed light on virtually all the factors that drive rates:

One view of the Nasdaq, Commodities & Rates is the following:

Keith McCullough of Hedgeye is looking for the Nasdaq to make its first lower high in a while; he wants to be short of inflation not long. So he is bearish on Commodities. And about rates:

But isn’t the most important factor corporate credit? If so, then one outlook is scary:

That brings us to stocks.

With all the Central Bank talk ahead of us as well as critical data, we are leery of saying too much in this article. The biggest story of the week was the terrible action in FANG stocks, the leadership of the S&P this year. GOOGL blew away numbers but reversed lower on Friday. AMZN was not a great number and, perhaps appropriately, reversed its early morning gains to $1,888 to close at $1,816. Facebook & Netflix were punished after disappointing on earnings. 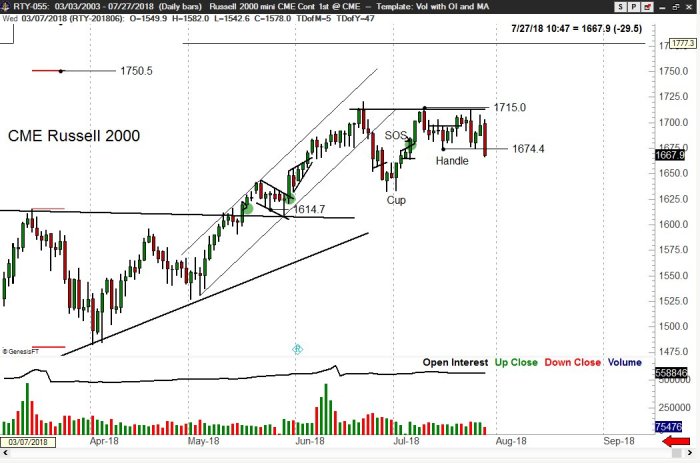 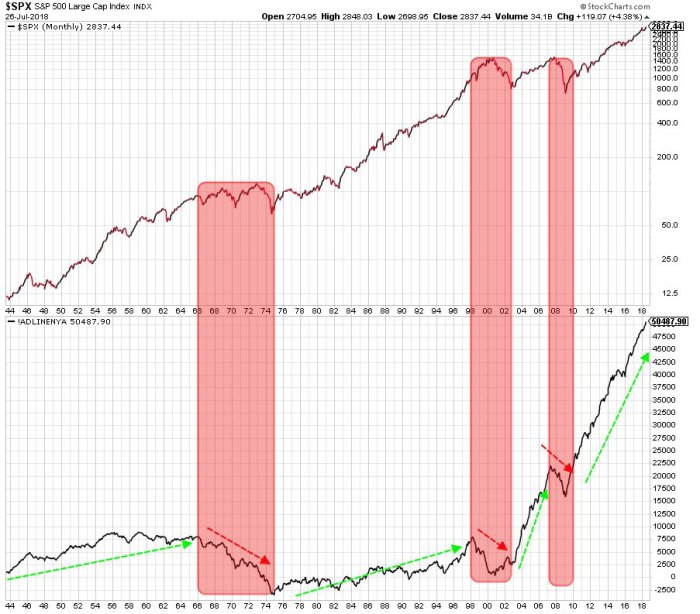 With the caveat that these asset classes are even more affected by Central Bank statements & critical data, here it goes: 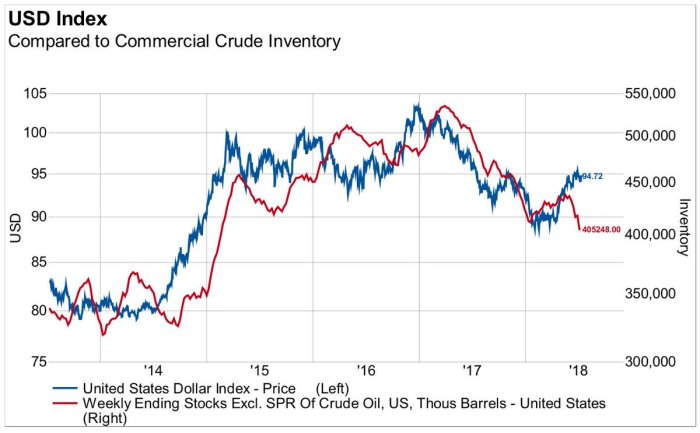 If the Dollar follows the falling inventory, then it should be good for Gold, right? 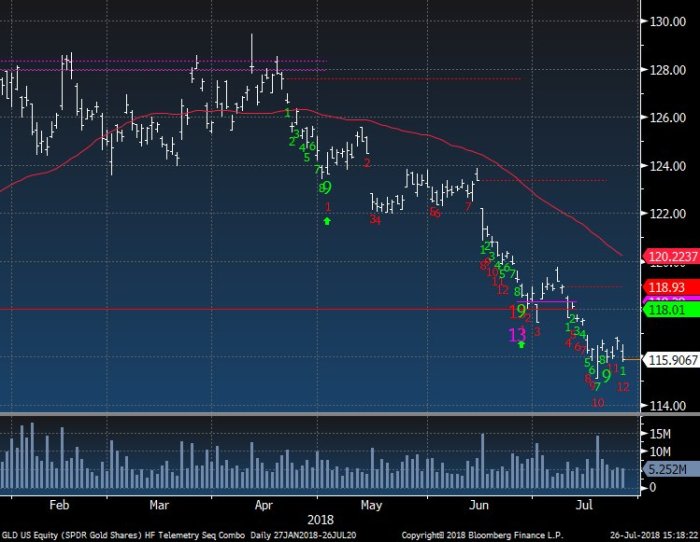 What about a base metal? 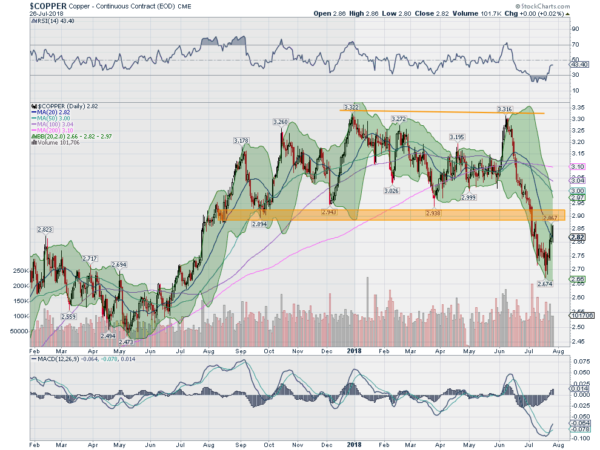 What about the other incredibly important commodity? The above chart of Jesse Felder shows that Commercial Crude Inventories are down. So if the correlation works & the Dollar declines, shouldn’t that be positive for Oil? Greg Harmon of DragonFly Capital comes to that conclusion in his Thursday article Crude Oil Bubbling Up Again: 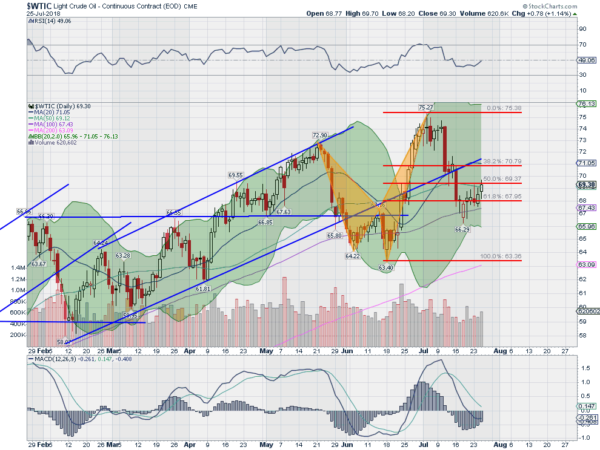 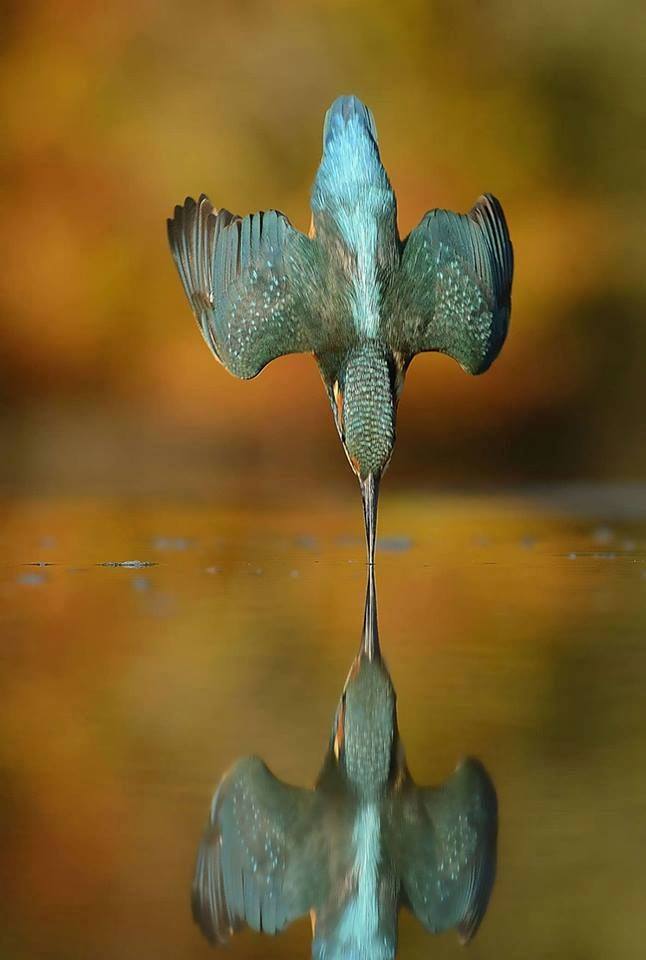 Thanks to Mark Arbeter for retweeting this photo.