It begins with CNBC’s Scott Wapner asking about Rieder’s call that “the market is going significantly higher – perhaps even before the election“. Below is the thinking of Rick Rieder, at least the key points of it:

Then Wapner asked incredulously about Rieder’s statement that “… equities are as cheap as they have ever been … ” Rieder responded with the simplest of simple basics:

You knew what was coming after that, right? After all Wapner is a CNBC anchor & probably mind-washed from listening to renowned gurus asking over the past few years why would anybody “lend money to US Government at 4%/3%/2% etc.”? Yes, that is the nonsense that CNBC anchors have been listening to since the 10-year yield was 4%. Naturally, Wapner asked what happens to Rieder’s bullish thesis if the 10-year rate goes to 1%?

He didn’t say it but Rieder clearly meant “who cares?”. Then he added,

We don’t mean to pick on Scott Wapner because his CNBC colleagues also jumped on the rates rising bandwagon. But the bandwagon did accelerate this week with the 30-10 year yield curve up 11-10 bps & the 5-year up 5 bps on the week. It was not just the size of the move but the pace of the move.

No wonder the Fed woke from its self-mandated slumber: 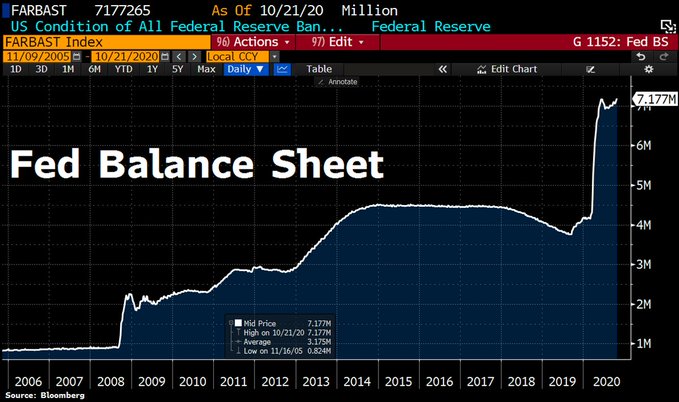 Is the MOVE impressed with the BS? Not yet: 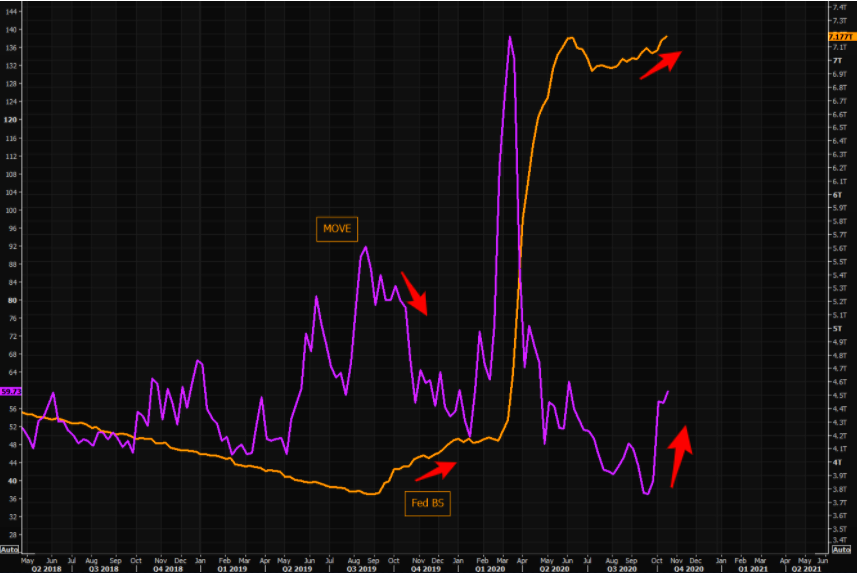 What do you see if you look outside the US? 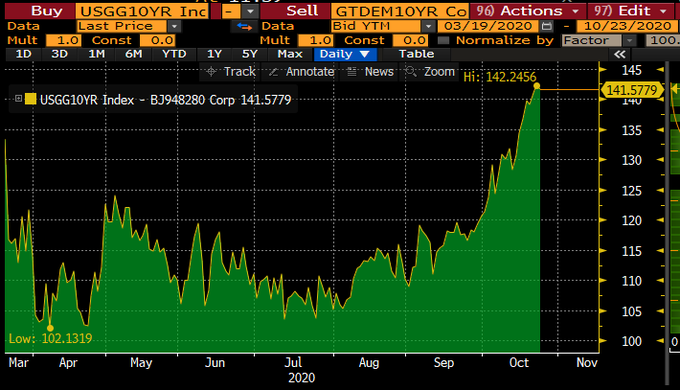 Does that mean US Treasuries are now even more attractive to European investors as Bob Michele of JP Morgan had predicted weeks ago? Yes, said a Bloomberg.com article this week with the following chart: 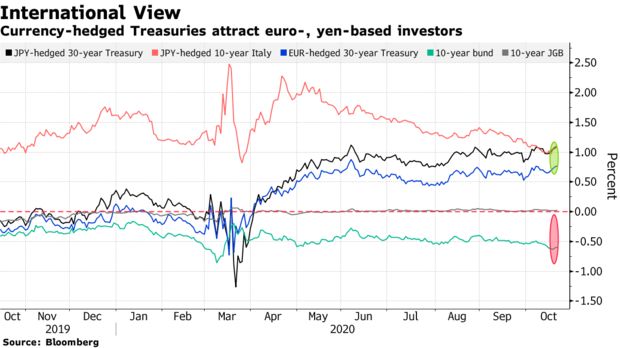 And that is also due to the cop on duty:

So what are the smart guys doing according to the Bloomberg article?

What about now? Look what the guy who said “Buy Bonds, Wear Diamonds” in 2019 is saying now:

In our experience, rates usually head lower when CNBC Anchors get talkative about rates going higher & higher. Is there any metric that is suggesting that their rhetoric is getting priced in? But is there someone who is actually suggesting trading for a bounce in Treasuries? Yes that with a chart from @sentimenttrader 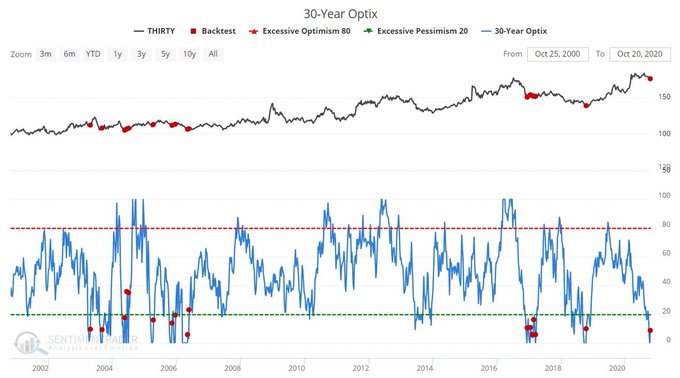 The ball was opened by Boaz Weinstein of Saba Capital, the brilliant & sometimes brash relative-value savant. His view is simply encapsulated by the chart below with the catalyst being the chaos from the election: 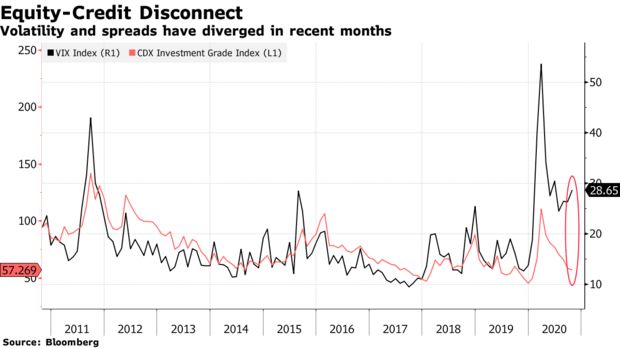 But what if equity volatility is actually “low” and explodes up during a chaotic aftermath of the election? His short puts would create a loss & his credit protection will have to pay off bigger. It depends on what companies he is putting his positions. His seems to be a set of specific company trades & not index-based trades.

Morgan Stanley’s Mike Wilson, on the other hand, expects the S&P to go down by 10% to about 3,100 both on election chaos & long-term resistance on the S&P: 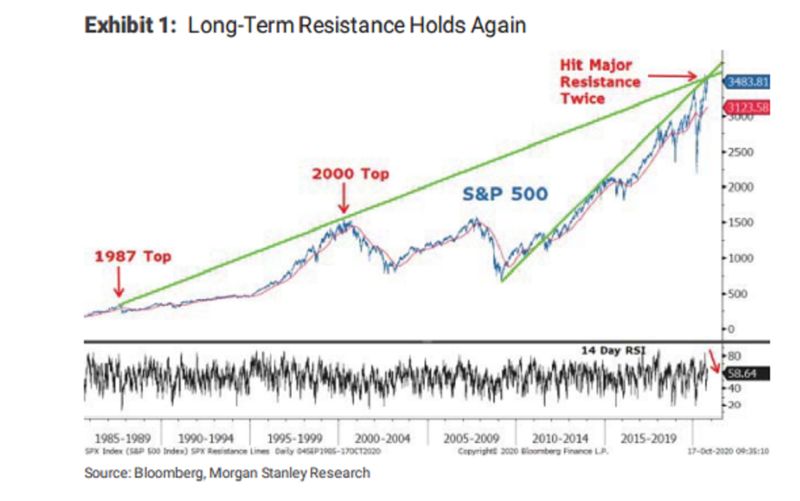 But he suggests buying the decline at 3,100 or so. In contrast to Wilson, the positioning is all on the other side, the Weinstein selling puts side : 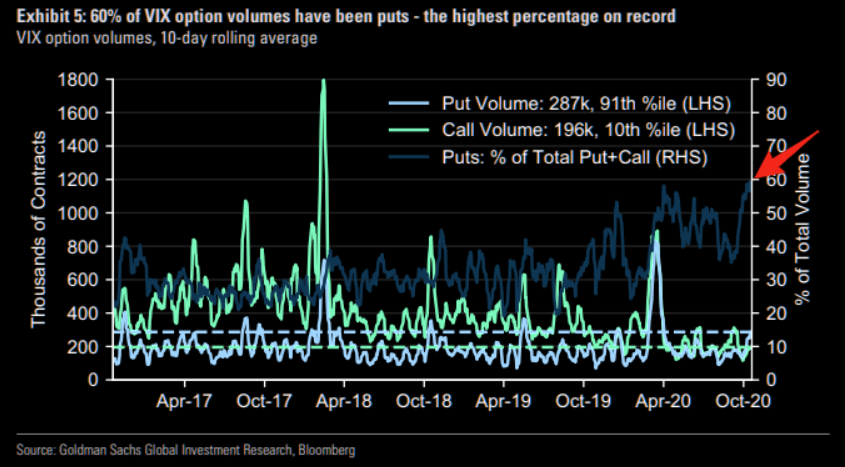 What about Hedge-Fund positioning? 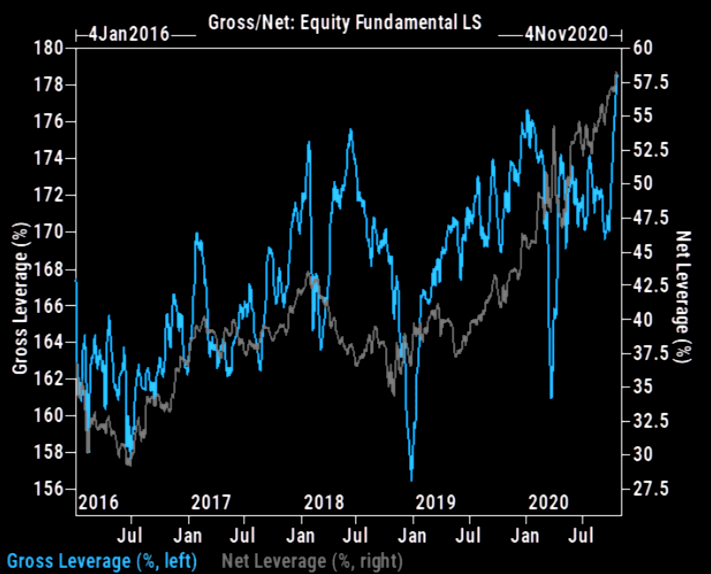 What about mutual funds? 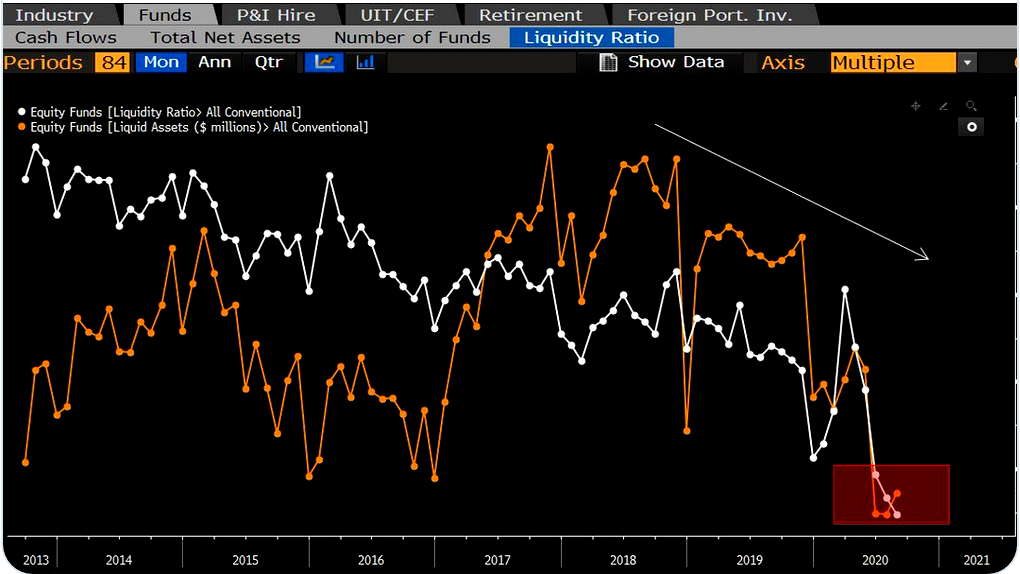 And all this need not happen the morning after the election. The Jim Bianco scenario suggests that the we get a clear winner on election night and three days later we get a different winner based on mail-in ballots. When would such a mess get resolved? November 26, according to Morgan Stanley’s Wilson, per a Bloomberg article.

Here is where the old “career risk” may come in. No professional investor, hedged or unhedged, can afford to miss such an explosive year-end rally. That is why they may be positioned all-in. What if the stock market falls apart after the election? Professional managers have not, at least historically speaking, suffered career risk when everybody’s returns collapse due to a major event.

And then, you have the “In Fed We Trust” mantra.

Finally what two smart & veteran observers are saying about VIX: