Almost all would agree that today’s big conflict is between USA & China. As we see it, China might be the biggest & more multi-dimensional opponent America has ever faced. The post WWII Soviet Union was never an economic opponent. So the USA-USSR conflict was simpler and Europe was clearly on America’s side.

China, on the other side, is the second largest economy in the world & a modern technological power. But China is a localized enemy in Asia just as Imperial Japan was in WWII. Just as Imperial Japan began that war by a sudden & destructive attack on US Navy at Pearl Harbor, an attack that paralyzed the US Navy for six months. That time period allowed that Japan to invade & occupy China, Malaya & the hub of Singapore.

Both America & China know what happened after that – the Battle of Midway that destroyed the Japanese Navy as an offensive force. We have no doubt that the US Navy is well prepared to defend against a similar surprise attack on US bases & US aircraft carriers by China and that China knows that. We assume China has also understood the retaliatory capabilities of the US Navy and will plan for that.

America never fought a global war against USSR. So the only big war we can study is WWII to understand how such a war is conducted and what critical factors determine victory or defeat. That is why we began reading the massive 3-volume biography of President Franklin Delano Roosevelt by Nigel Hamilton.

Frankly, this biography has left us somber and worried about the next big war. It is sobering to see how that enormous World War, despite great military commanders like Eisenhower, Patton, Bradley, Montgomery, Erich von Manstein, Rommel, Zhukov, and imposing political leaders like Churchill & Stalin, was finally determined by the thinking, decisions, practical leadership & determined smarts of two leaders – Hitler & FDR.

The biography clearly demonstrates that, in the end, it is finally the leader-in-charge who determines success or failure. And that leader has to know and act alone. Both Hitler & FDR did. But FDR was smarter, listened more & was completely sure of final victory if the war was waged step-by-step. And he did this AFTER bringing America out of the Great Depression in the 1930s. How he did that is what Nigel Hamilton found out & that is the reason for his 3-volume FDR biography, as he tells us below:

As we discussed in our previous article, the battle of Midway destroyed the Japanese Navy as an offensive force. That raised the question whether the US should focus on defeating Japan or redirect the fight to Germany. FDR took that decision & drew up the instructions in his own handwriting for General Marshall & Admiral King for their mission to London on July 16, 1942 (just a month after the victory at Midway):

That decision led to FDR’s decision to launch Operation Torch, the allied landing in French North Africa in November 1942 after suppressing a near mutiny by Secretary of War Henry Stimson & even US Chief of Staff George Marshall.

That takes us to 1943 and two battles that changed the war in Europe. 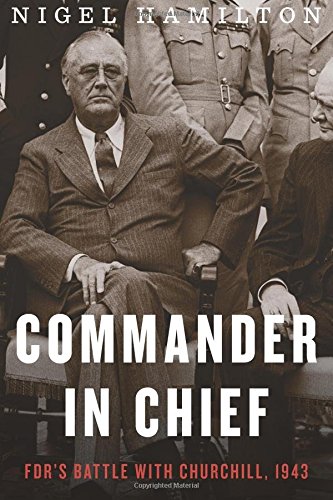 Nigel Hamilton writes in his Prologue:

But FDR also realized the value of Churchill, according to Hamilton:

One of his values to FDR was his understanding of Stalin, per Hamilton:

The man who probably knew the FDR-Churchill relationship better than most was Lieutenant George Elsey – “who encrypted and decoded almost daily signals between the White House and 10 Downing Street“.

And how did Elsey recall FDR, per Hamilton?:

That is what true leadership is. Great crises finally come down one person, the leader. America and, indeed the world, is lucky that America had FDR.

Any one who knows anything about WWII knows about the Battle of Stalingard. The German forces surrendered to the Soviet army at Stalingrad at the beginning of February 1943. That put the German army on the defensive against the Soviets. The Soviet Army went on the offensive & captured key cities of Kharkov, Belgorod, Kursk. This was a controlled retreat of the German army under Erich von Manstein, the mastermind of the lightening German attack against France through Ardennes in Belgium. Per wikipedia,

On 5th July 1943, the German army launched Operation Citadel (Unternehmen Zitadelle) which had the objective of pinching off the Kursk salient with attacks on the base of the salient from north and south simultaneously. 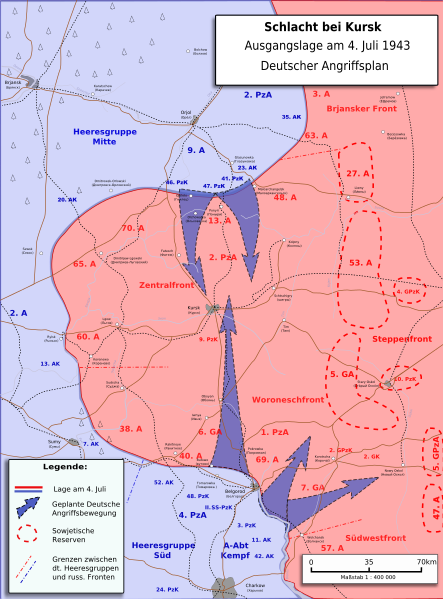 The battle at Kursk, Hamilton adds,

What had happened that caused Hitler to panic? Three days ago, on the night of 9th July, began Operation Husky, the Allied Invasion of Sicily. 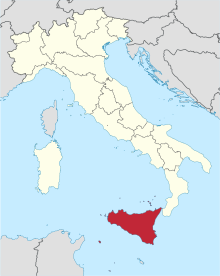 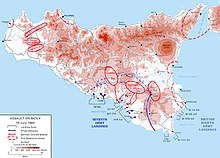 The invasion was “brilliantly successful” with “the casualty rolls” turning out to be “less than a seventh of what had been estimated.”

With this state of Sicily, the door to Italy, Hitler’s Axis partner,

And what happened in Kursk after Hitler called off the Citadel offensive? Per wikipedia,

What did Field Marshal von Manstein say after that failed offensive? Hamilton writes,

But it was Goebbels who asked the big question, per Hamilton,

Look what a mere 8 days in July 1943 accomplished!

Hamilton ends his book with: