Any one who has read about World War II knows about British Field Marshal “Monty” Montgomery, the man who defeated the legendary German Field Marshal Rommel at El Alamein in North Africa. Not only was Montgomery a successful General but he was also an insightful military historian. So when he praises a man as someone “who comes along once in a thousand years“, it means something at least to those who respect “Monty”.

This past week was the 390-year birth anniversary of that man. Not only is that important but even important might be how it was recognized & remembered in India. That might just prove to be a leading indicator for mental independence of India & Indians for the next 10-20 years. 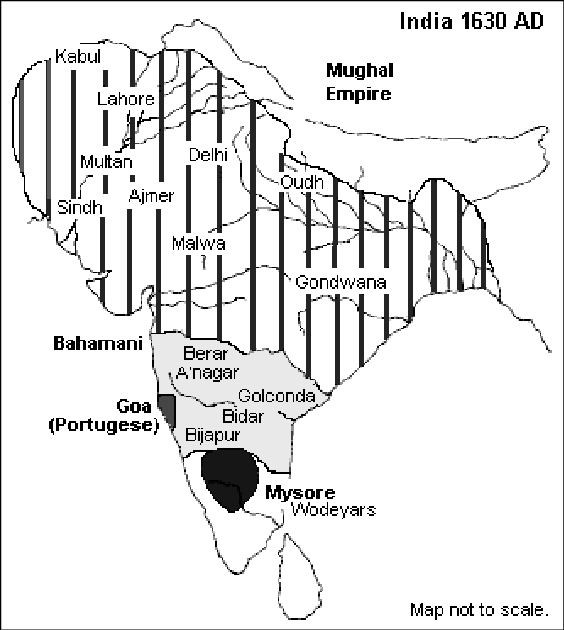 North India was firmly under the control of Timurid-Mongols of Uzbekistan, or Mughals as the Iranians & British called them. Much of Southern India was controlled by three Muslim Bahamani Sultanates. About 65 years before, these Bahamani sultanates had united and attacked the 230 year old rich kingdom of Vijay-Nagar thereby destroying the last Indian kingdom in India.

Go & research the history of Indonesia, Malaysia and frankly of all the regions that were attacked & defeated by Muslim invaders. All those countries are now all-Muslim or Muslim majority countries. The major exception is India. It was not for the want of trying, or centuries of religious atrocities against Indians.

The final push to forcible conversions of Indians to Islam came in the 49-year reign of Muhi-ud-din Muhammed (1618-1707), the most diabolical & most ruthless Mughal ruler. And he proved to be almost as hostile to Southern Bahamani Shia sultanates who controlled South India as he was to Indians or the Sindhav. By 1700, he had attacked & destroyed the two remaining Shia Bahamani sultanates & extended his “rule” over almost all India. 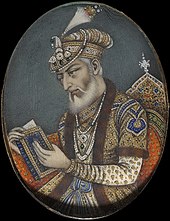 His determination to convert all Indians to Sunni Islam was so strong & so ruthless that the great poet Bhushan (1613-1712) in Muhi-ud-din’s court declared later “had Shivaji not been, everybody would have been converted to Islam (न होता शिवा तो होती सबकी सुन्ता) “. 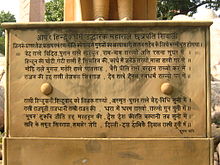 That man Shivaji was born in 1630. He was the son of Shahaji Bhosle, a general in the Adilshahi Shia Sultanate. Young Shivaji was sent with his mother to today’s Pune (120 km from today’s Mumbai) to run General Shahaji’s lands. In that mountainous region, Shivaji dreamed of building an Indian kingdom for God & Country. His message literally was That this Kingdom be created is God’s wish (हे राज्य व्हावे ही श्रीन्ची इच्षा आहे) .

He collected a large (hundreds) of brave young men and at the age of 15 declared the creation of God’s kingdom of & for Indians. Incensed Adilshahi Sultanate sent armies led to proven generals to defeat & destroy Shivaji’s start up kingdom. They all failed. The most astonishing was his total destruction of the large (35,000) army led by Afzal Khan, the most feared & respected military commander in the entire Indian subcontinent. Afzal’s destruction was written in grave wonder by all including the British & the Portuguese to London & Lisbon.

Other spectacular victories followed & Swarajya, the Independent Indian Kingdom, was formed. The great Pandit Gaga-Bhatt of Varanasi in North-Eastern India traveled to the seat of King Shivaji’s capital to crown him with the full authority of Indian Dharma as Chatrapati (crowned Emperor) Shivaji. 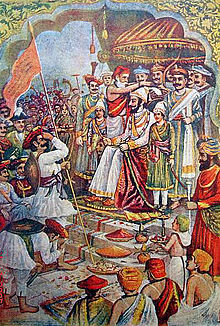 The victories & ethical rule of Shivaji Maharaj was so beyond what any one could have dreamed of at that time that the Portuguese viceroy of Goa wrote to Lisbon “Shivaji’s accomplishment is so great that it can only be compared with Alexander“.

Contrast that with what happened after death of Shivaji Maharaj. Mudi-ud-din Aurangya, the greatest of Timurid-Mongols, came south to crush Shivaji’s Kingdom after his death in 1674. Muhi did destroy the Bahamani sultanates. But despite 500,000 soldiers & administrators & the Mughal treasury, the Marathi people destroyed his huge army & Muhi himself died in Maharashtra in 1707. That was the end of the Mughal empire. And what happened in the next 50 years? 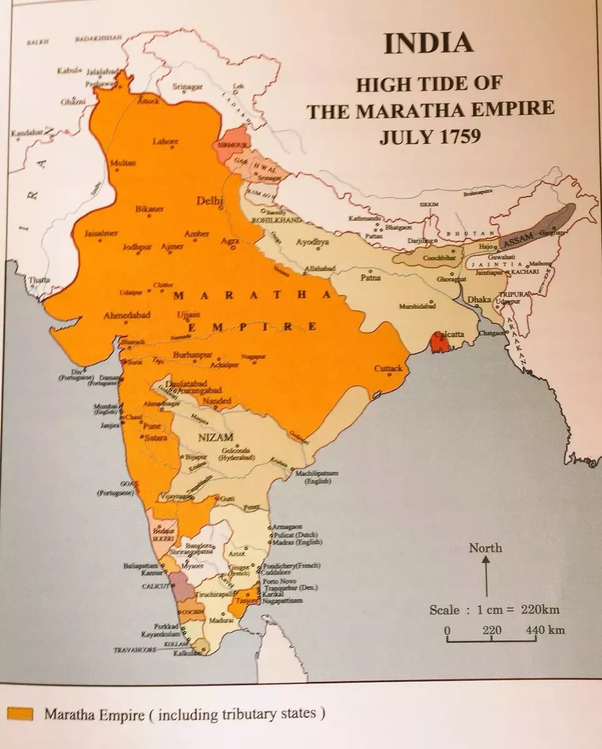 Virtually all of today’s NaPakistan was conquered by the Marathi armies from Pune, the capital that is 120 km from today’s Mumbai. And the west coast of India was controlled by the Marathi Navy with the English, Dutch & Portuguese paying custom duties & naval taxes for doing business with their outposts in coastal India.

3. Birth Anniversary of Chatrapati Shivaji – Leading Indicator for the next 10-20 years?

We have known the above since our childhood. But most BrIndians, or Brit-educated Indians, may not. The British era textbooks deliberately excluded this 150-year history in their attempt to convince Indians of their servitude to foreign masters.

Those textbooks have not changed but Indian Society is changing. The glorious & unique Marathi history from 1630 to early 19th century is now being read with joy & deep satisfaction. Bollywood films like BajiRao Mastani & the magnificent seminal 2020 film Tanhaji have electrified the Indian people.

As a result, we saw the birth anniversary of Chatrapati Shivaji written about & discussed in magazines & newspapers all across India. And that we think is a leading indicator of increased Indian confidence & a determination to regenerate Indian ethos all over India. 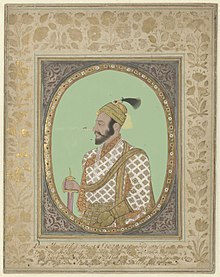 (original portrait in Rijksmuseum in Amsterdam)