0.Above all – A Sincere Apology

We wrote the following in Section 2 of our Interesting TACs article last week in a discussion about a family that was finding it very hard to afford diapers for twin boys:

At the time of writing that line, we were thinking about a remark made by a veteran CNBC anchor (now retired) a few years ago about the size of salaries in Television. That recollection was the basis of our comment about CNBC people who talk blithely about inflation in America and criticize the Fed for not hurting the people further by making food, diaper & gasoline more costly.

Our sincere & deep regret is about our use the term “fat” as an adjective for the people we were describing. We sincerely apologize to any CNBC person who might have been offended or hurt by that term. It was neither a personal nor a physically descriptive use of that synonym for rotund.

It was actually used in a historically social, cartoon-based framework to contrast the affluent from the afflicted, financially speaking. For example, 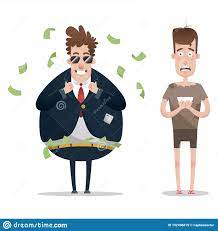 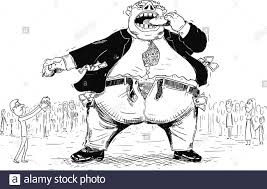 More on inflation today & Chairman Powell a bit later below.

1.Back to where it began

Last week, we wondered if China’s lowering of the RRR-ratio was a “panicky reversal“. That seems to be the conclusion of John Authers of Bloomberg (after decades at FT). In his Bloomberg article The China Trade May Be Just Starting to Unravel, he argues that Beijing’s monetary easing is a bad sign.

We have enough trouble trying to understand even the basics of US Credit. So we claim zero clue about Chinese corporate credit except the simplistic understanding that problems in Chinese credit are not good for global reflation.

What we can understand, at least superficially, is what Barry Knapp of Ironsides Macroeconomics said about Chinese leadership on BTV Open on Friday morning:

OK, but what is his investment conclusion? Barry Knapp was clear:

Two weeks ago, we had written:

Then we were talking about the deliberate leak about USA & Japan “conducting secret war games in the South and East China seas simulating a conflict with China.”

This time, allow us to quote something more serious: 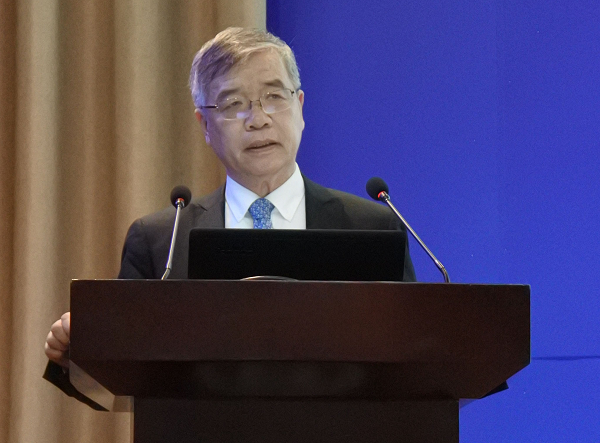 Instead of commenting ourselves, we quote the response to the above by  Michael Schuman, Bloomberg Opinionist, Contributor to Atlantic & an author of THE CHINESE HISTORY OF THE WORLD?

Especially when 2022 features the 5-year Congress in China.

And, by the way, John Authers writes that “…the country [China] remains relatively unvaccinated“.

Media excesses have often marked a top of financial stories or conditions. Neither The View nor Josh Brown are even near the level of The Economist in being spectacularly & consistently capable of creating a top or bottom. But we do feel The View featuring inflation in their opening segment is kinda the beginning of the end of the “inflation” crisis in America.

Chairman Powell was asked about inflation in his testimony and he essentially said tightening monetary policy and cutting demand is not going to help people. HSBC’s Steven Major concurred with Powell on BTV Surveillance this week – “the Fed is helping ordinary people by getting them back to work.”

Can there be inflation without demand & can demand stay persistent without rising above-inflation incomes? 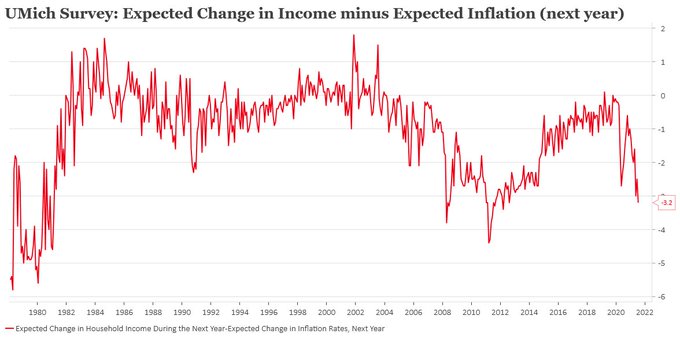 A little “tell” about Rosenberg that we have noticed. He is usually way early in making his case and his views don’t match reality for some time. At some point, he gets testy about those who dismiss his points. And when Rosenberg gets really testy, that is when he begins to be proven right. That’s our experience. And readers can decide whether his explanatory tweet below about “Real retail sales” sounds testy.

And what is top of mind for everyone in America right now? It is “Delta [virus strain]“, per CNBC’s Sara Eisen & not inflation. Chinese slowdown will only send us more disinflation via cheap exports and people are seeing their disposable incomes flat to down. In the midst of all this, “experts” are demanding that the Fed taper? We bet they can’t be as un-rotund as we are.

And now someone who has been right for a very long time, Dr. Lacy Hunt of Hoisington Investment Management:

HSBC’s Steven Major has also been right on the bond market for some time. He came on BTV Surveillance this week to say that we have “already seen the peak in yields in this cycle“. His basic case is that US has too much debt & it keeps increasing every year. So America simply cannot afford higher rates. We recall Bill Gross used to make the same case. Gross was right then and we think Major is right now. He also argues that, since nominal yields are being controlled, real yields have become the shock absorbers and they have been falling.

Now someone who has been correctly bullish on TLT & Treasuries for weeks. What is he thinking now? 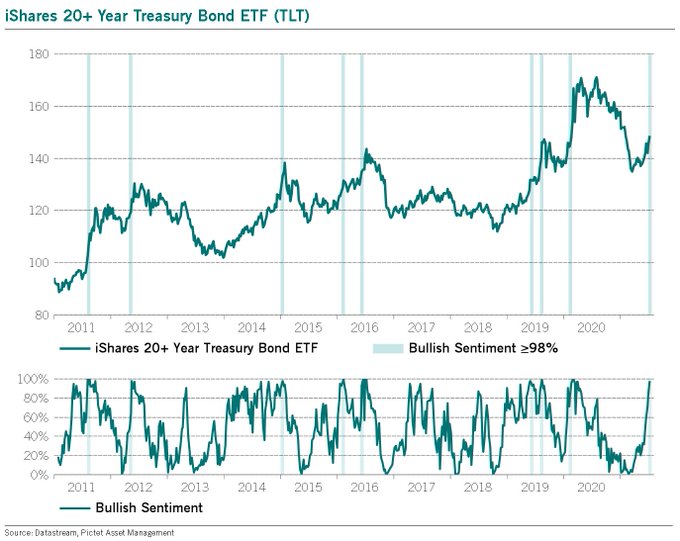 Electioneering is a simple game. Simply put, it requires the salespeople (candidates) to deliver free or semi-free goods to the customers (voters). That is why we have expected manna to be thrown at voters beginning soon. This week they got the first installment, the child care credit. And Senator Manchin says he is behind the next big spending bill.

So should we start worrying about the end or at least an interruption of the “Manchin rally” in Treasuries?  Yes, said Barry Knapp on BTV Open on Friday morning. And he pointed out something we had forgotten:

Yes that could happen without changing the secular long term dynamics of Steven Major & Lacy Hunt.

And what if inflation threatens to cool down with Lumber already down, Oil following down fast & Copper-Iron Ore falling courtesy of China slowdown? Look CLF is down 11% on the week and FCX down 10%. Even Mosaic is down 7%.

So think about Fed refusing to taper, inflation cooling down, Manchin backing stimulus and, hopefully, Delta strain proving less alarming than feared. Will that trigger a rise in the 10-year back to 1.70% or even higher?

We don’t have a clue, of course. But it is an intriguing thought, we think.

Some one who was right about NDX & Treasuries back in March-April is humming a different tune now. A tune consistent with our “intriguing thought” above. 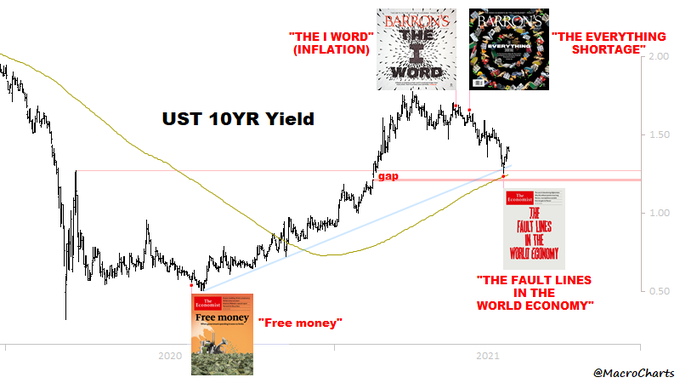 That behavior has changed somewhat. VIX closed this Friday at 18.45, up 22% over the past two weeks since the 15.07 low on July 2. Last week, VIX rose 7.4% while Dow, S&P and Nasdaq closed up on the week. This is not the type of behavior vol guys like to see. And Tom McClellan addressed it on this past Wednesday, July 14, in his article A Useful Misuse of Correlation Coefficient with VIX Index. McClellan gives credit to the well-known Jesse Felder for coming up with a rolling 10-day correlation coefficient comparing the VIX to the SP500. The bottom line is:

Small Caps have been hit hard: 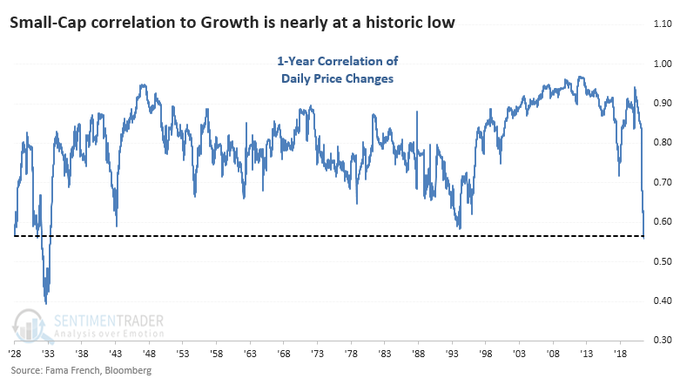 The smart & simple Art Cashin said this week – If the big techs like Apple & Amazon continue their breakouts, then the market would be fine. If they don’t, then negative seasonality will affect the stock market.

Large speculators tend to govern action in commodities. On one side, we have: 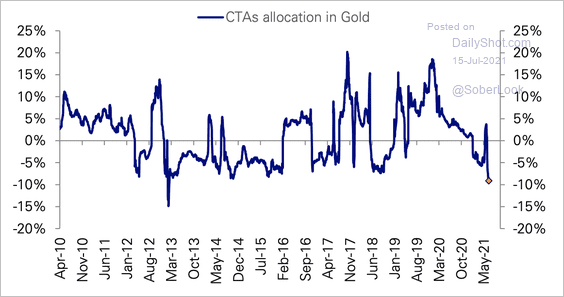 On the other hand, you have Large Speculators in Oil and a negative view of that from Caroline Boroden via Jim Cramer:

On the third hand, do we have a case of jaws? 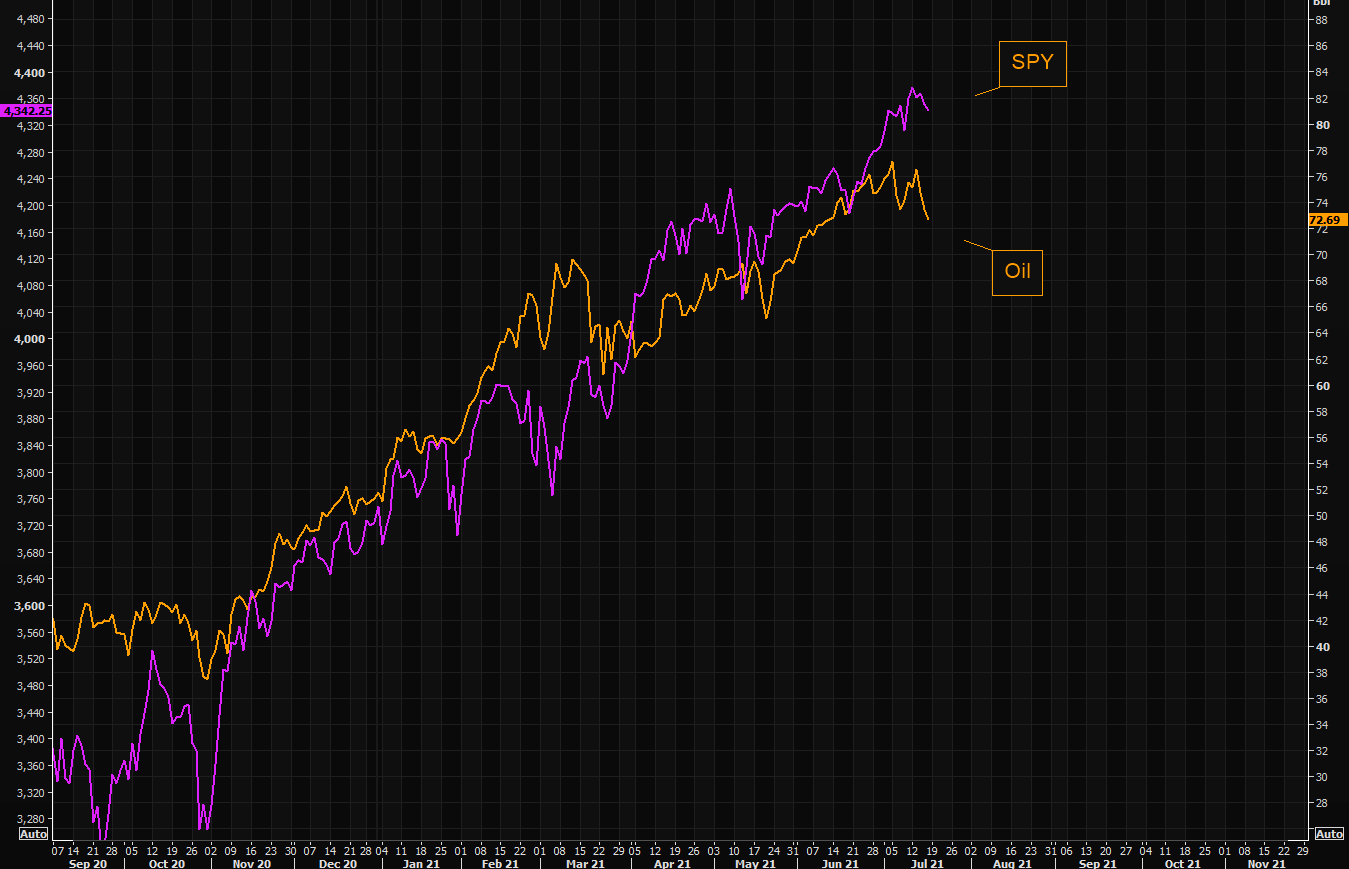