SPY closed on Friday very slightly above its 50-day moving average. Why is this worth noting? Because Ryan Detrick tweeted that the “50-day MA has been support all year” and asked “will it continue?“.

The 50-day might have held but a “week-long triangle” was broken this week & that brings up the next support level: 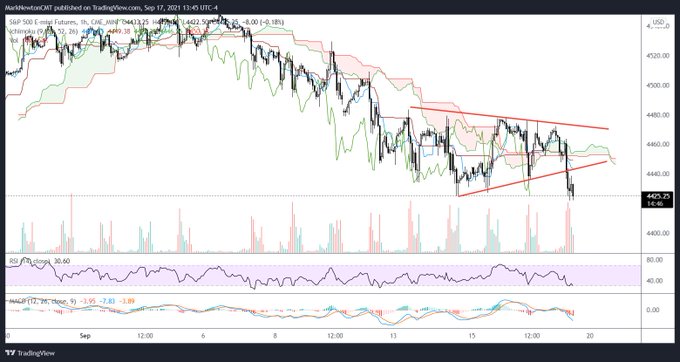 Lawrence McMillan wrote about his support levels on Friday:

The S&P was down about 57 bps this week with the NDX down 70 bps, the worst among major indices. Yet, it felt so bad! Is that what is measured in what they call “sentiment”? 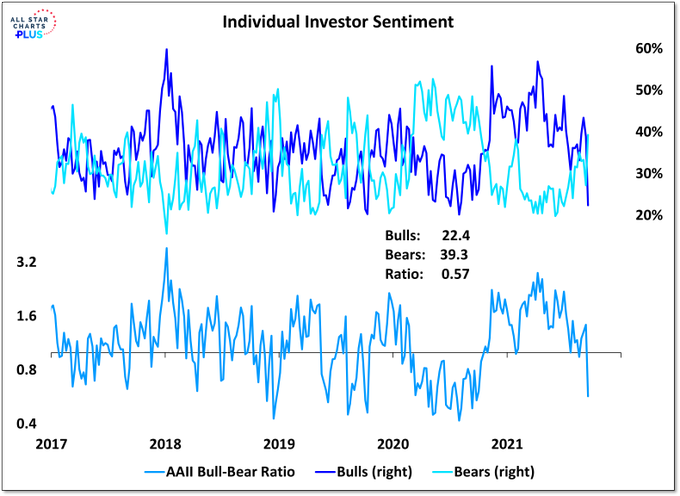 Some argue this pessimism is actionable: 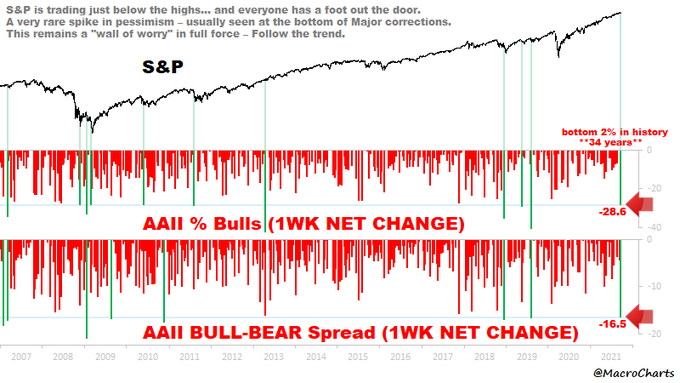 J.C. Parets constructed his own composite chart by combining “3 seasonal patterns into one: The Annual Seasonality Cycle, Every Post-Election Year and Every Year Ending in 1, as part of the Decennial Pattern.” 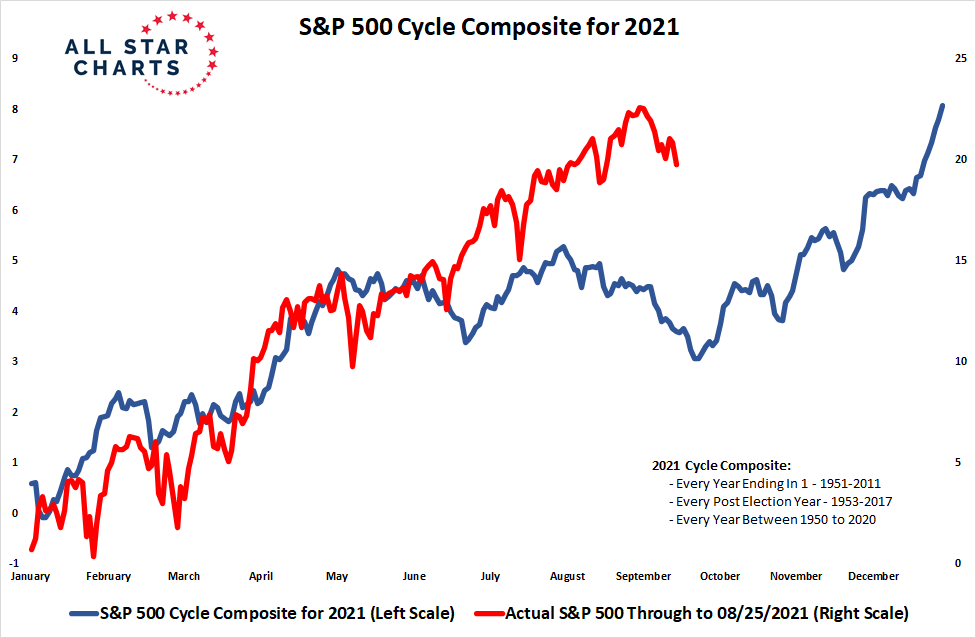 He wrote “As you can see, we’re getting close to the end” and posed “Are we almost done with this correction and we’re about to rip into the end of the year?“

Michael Hartnett of BAML reminded everyone about the huge influx of cash that came into stocks & bonds raising the following question:

Weird comment from him because he himself had tweeted a reason to not buy:

Jim Cramer also reiterated the seasonal pattern communicated to him by Larry Williams the week before. That called for traders to sell the S&P on Friday, September 17 into October. That seasonal pattern is reproduced below for convenience: 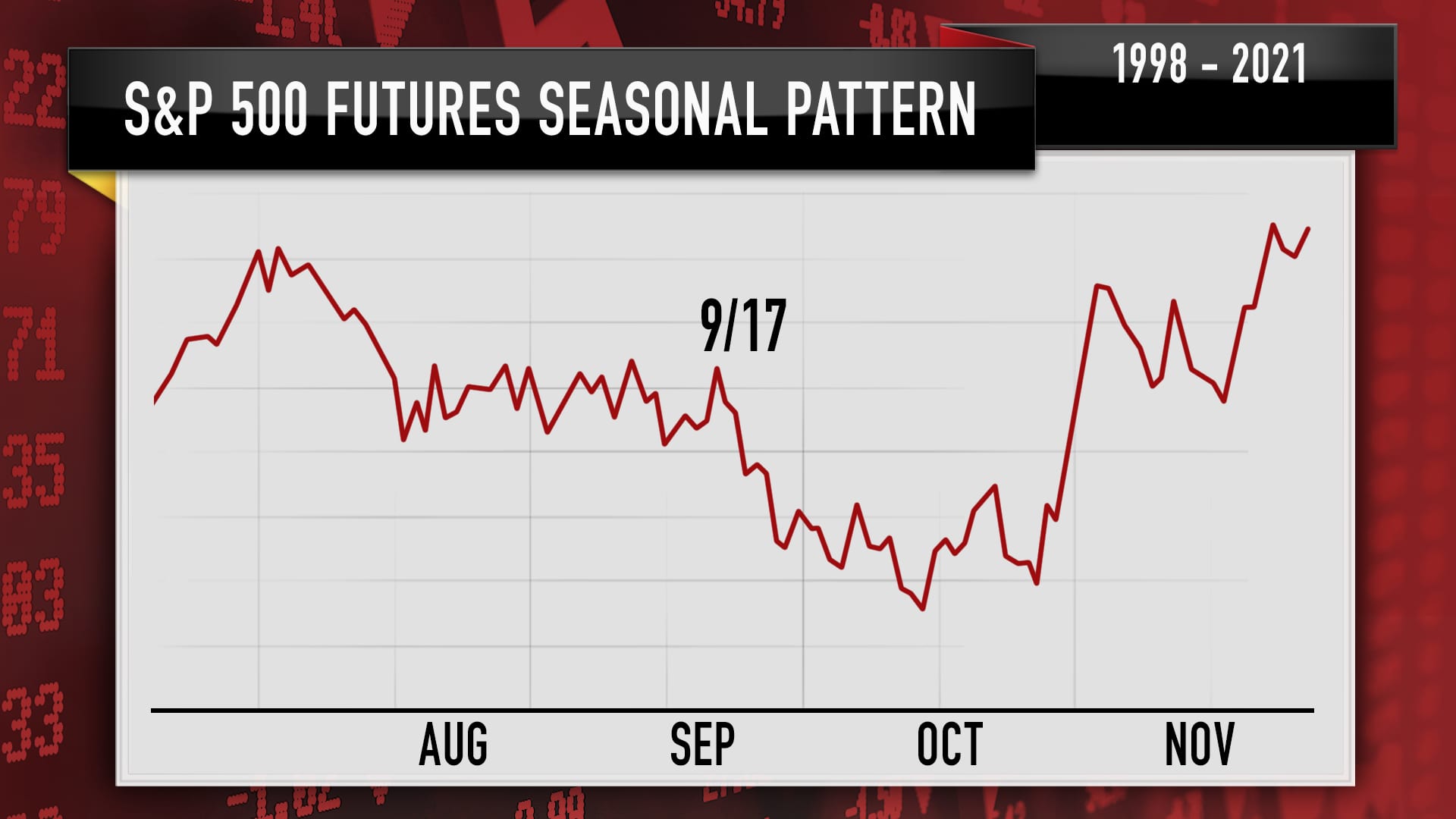 On the other hand & despite all the fear & sentiment declines, the VIX fell by 67 bps this week to close at 20.81. Lawrence McMillan of Option Strategist wrote about it on Friday:

And then we have the FOMC next week!

Look what the Treasury curve did this week:

What does this flattening suggest? A tighter Fed? That sounds like a joke, right? On the other hand, look what our favorite indicator, performance spread between leveraged credit funds & unleveraged credit ETFs, did this week:

Just as we were about to say “hmmm”, we saw the following:

Are we really poised for the 10-year rates to go higher? 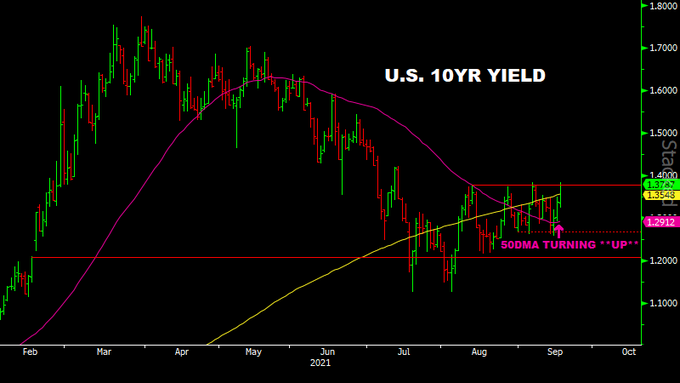 Is there anything in the real economy that might point in that direction? 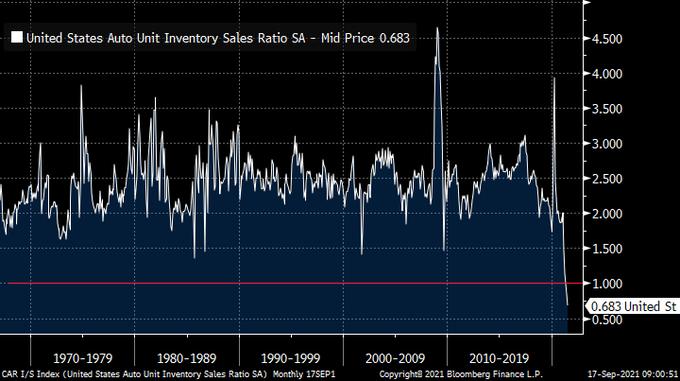 The suggestion below is an interesting one ahead of next week’s FedEx earnings & the FOMC-Powell meet: 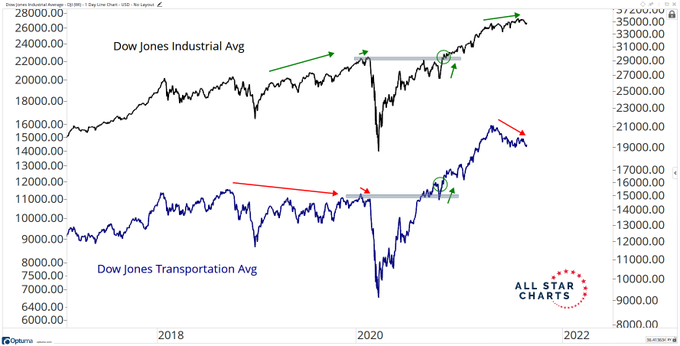 Usually transports have a negative correlation with oil. But does that remain valid when the demand for oil & transports comes from a strengthening global economy? Is that why the crude oil chart speaks to Mr. Parets? 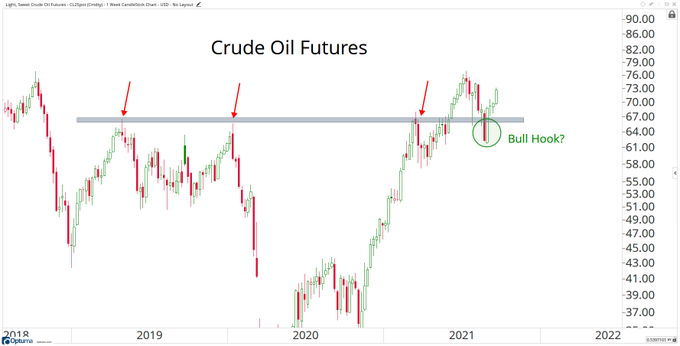 If that isn’t enough, the tweet below suggests a secular long term growth rate for energy:

So does that “colossal future demand” also suggest a multi-year outperformance of energy over techs? 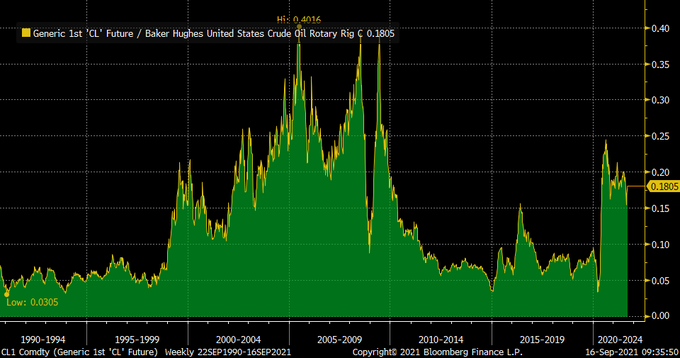