1.Mirror Mirror who is the best trading house of them all?

Ask & the mirror will simply show you the following chart:

The most consequential Fed pronouncement was the April 5 threat by Brainard to launch QT at financial markets. Look what the stock market did from that day to mid-June. Then, at the height of a 100 bps rate hike fear, Waller came in & took that fear away just as the Fed’s sound-out began. (Who doesn’t think terms that suggest Black is bad like blackout are core racist?)

Watch the beautiful rally begin with Waller’s comment & catapulted by Powell’s presser. It was just too much. So Powell attacked it at Jackson Hole. To what extent did his attack succeed? 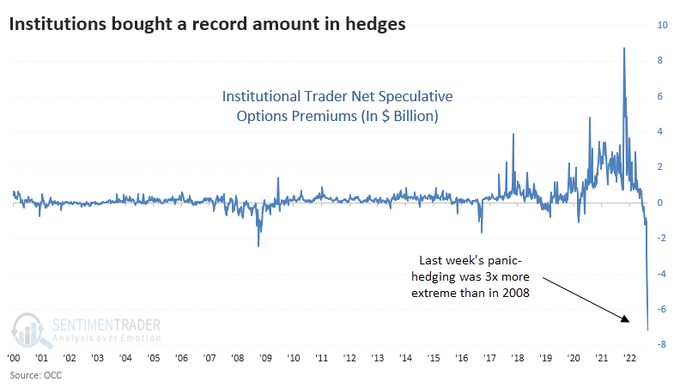 So what would you do if you were Powellard Trading (or Brainell Trading)? They launched 2.5 Days of Brainell*:

Wow! The 2.5 days of Brainell took the S&P up 4.7% rally from this week’s lows. All with just by 1-2 sentences interspersed in several sentences of hawkish rhetoric. The rally in QQQ was even more fierce.

The Brainell buy signal was so obvious that CNBC’s Scott Wapner saw it in real time on his Half Time show. Watch & hear him say that to Steve Liesman, Fed’s MOS, to use the traditional British salutation (Didn’t most British letters end with “I have to remain, Sir, your Most Obedient Servant?” Pathetically many BrIndians take pride in using that phrase even today).

Seriously folks, which trading house has a more perfect track record than this Brainell/Powellard Trading LLC?  (perhaps ZLC is the better structural term because they literally have zero liability for their actions or inactions)

Double seriously, we have developed significant respect for this trading outfit. Look at their timing and recognize their sure & super-DeMarkian hand at reversing a trend at its peak, whether it is killing rallies or ending sell offs.

We believe that they know they & hence the entire world is caught in a bind. A bind between the need to tighten global financial conditions (driven by Dollar & US rates) and the simultaneous need to keep the stock markets from falling hard, because the stock markets still represent the best way of protecting the global economy. And the gap is already wide enough: 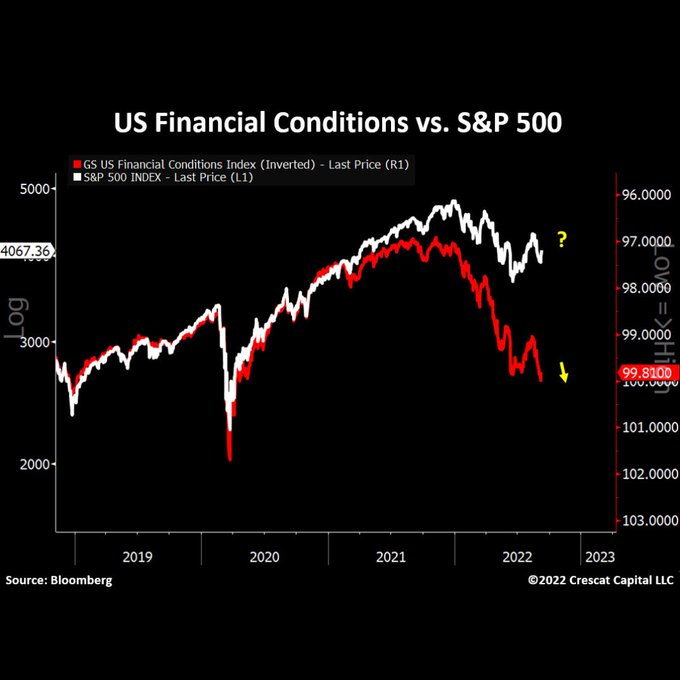 And what is the force driving this tightening? The unrelenting rally in the Dollar. Now look again at the timing & power of the Brainell signal:

Unlike us, some give credit to their favorite JPM guy. But a loss in Dollar momentum is a must for the world: 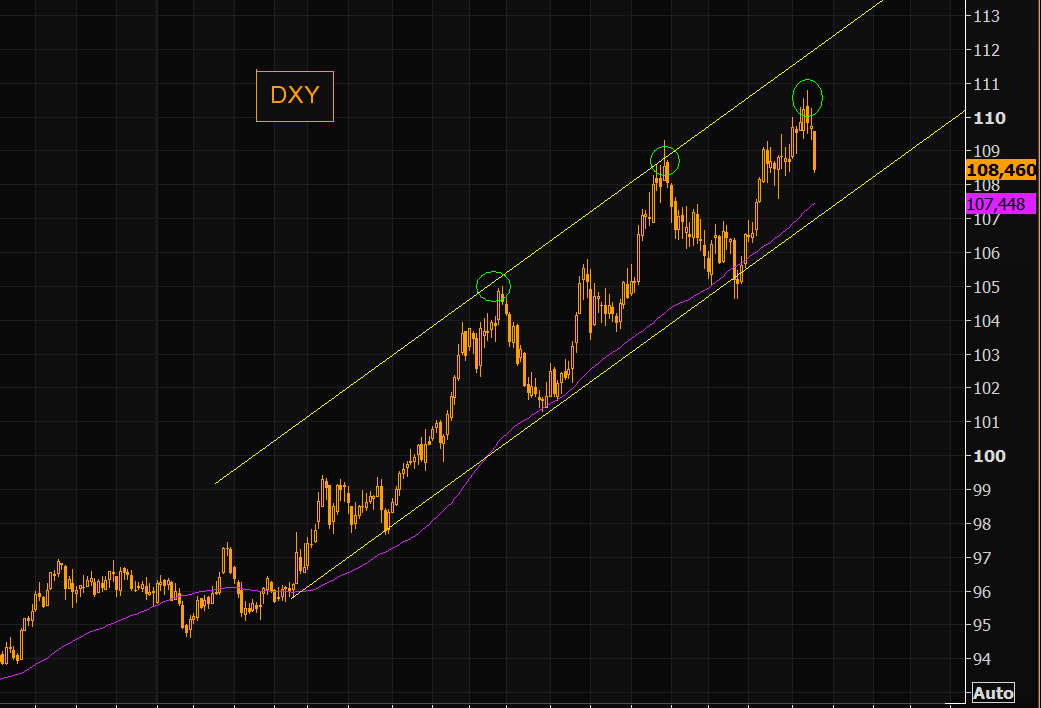 And while the Euro is in media focus, the real danger is where most are not looking: 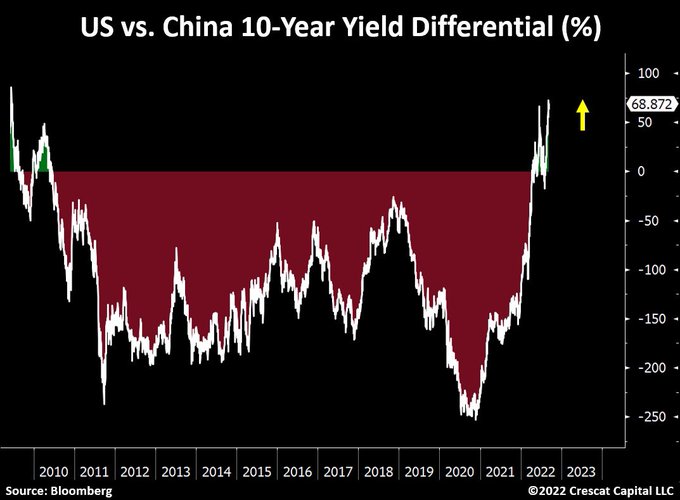 *far more effective than 3 Days of Condor, wouldn’t you say? 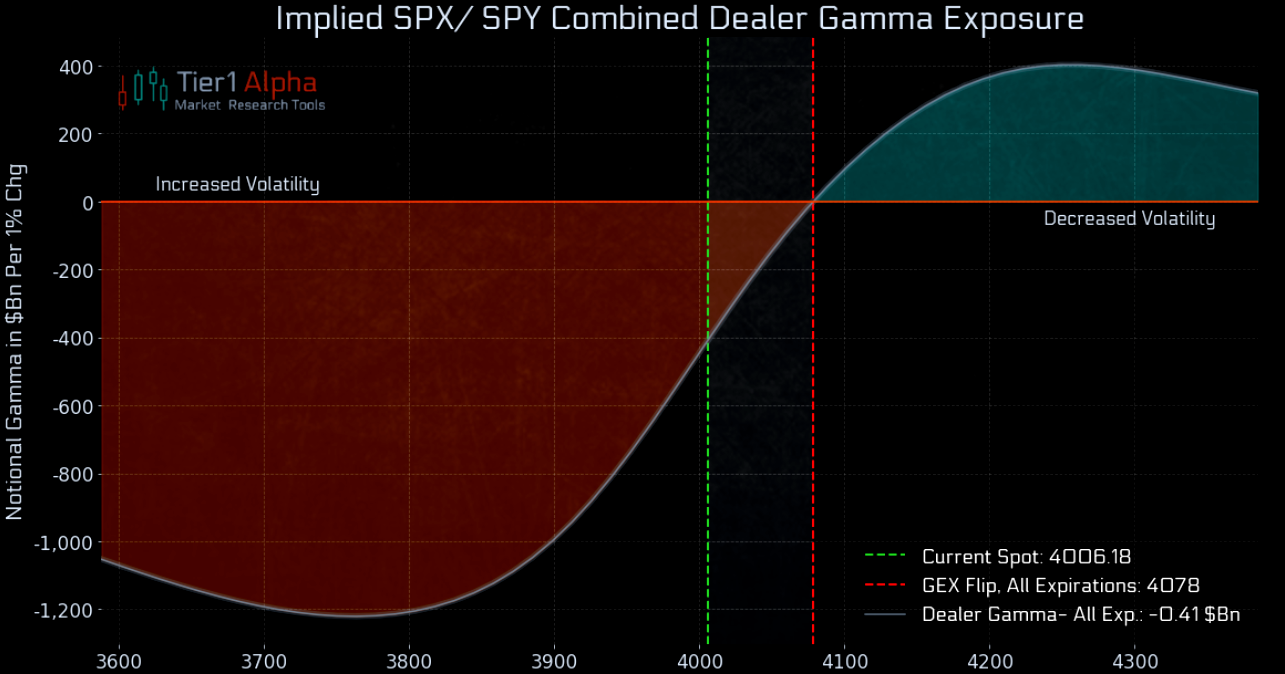 Mark Newton of FundStrat put it differently but delivered a similar message:

Despite all of the above, we still feel that Europe, specifically the utter misery of Europeans, represents the biggest danger enhanced by the utter tone-deaf arrogant stupidity of the EU & ECB. As we recall, the currency moves in Germany plus the widening spread between US interest rates going up and US stocks going up triggered the 1987 crash.

That brings us to this past week:

Finally ChartMaster loves oil, as we heard on Friday:

Energy may be having a down week, but @CarterBWorth and @Michael_Khouw say they're in it for the long haul.

The Chartmaster has the charts, the Professor lays out the $XLE trade and @Bonawyn gives his take. pic.twitter.com/FFTLytmwPg

You also have Mark Fisher speaking as plainly as he does:

3. One Loyalty Above All?

While we understand the emotion behind the passing away of Britain’s Elizabeth, we sincerely feel that 9/11 is & must be the prime focus when the two have to be discussed the same morning. In that spirit, we thank & congratulate CNBC’s Squawk on the Street for their focus on 9/11 in stark contrast to Bloomberg Open. 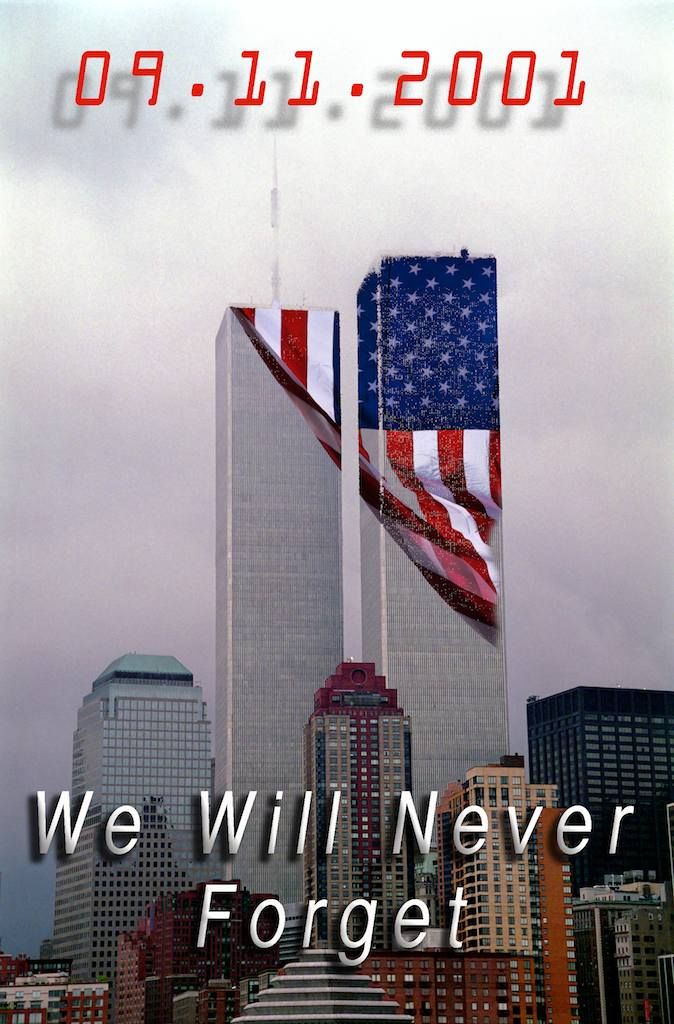