How else can you describe what they did to Amazon, Microsoft, Google, Domino’s Pizza on Thursday? 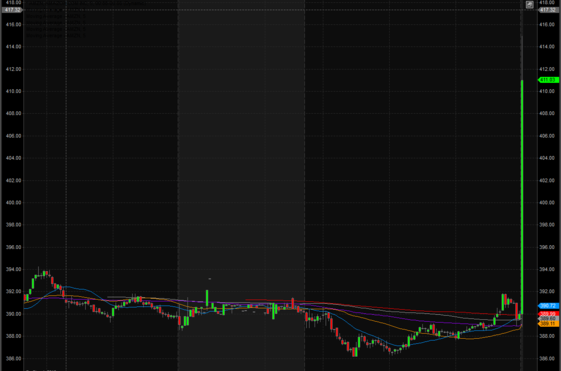 AMZN was up $55 or 14% on the revenues beat and on the excitement of its new venture. Microsoft was up 10.4% on its quarter and on Thursday morning Domino’s Pizza shot up 10% and rose another 4% on Friday. GOOG was the last in this race up merely 3%. And all this was a day after Nasdaq hits an all-time high. The week before Netflix delivered its own fireworks and rose 23% in the past two weeks. Frankly, we can forgive ourselves for missing the AMZN jump but how could we have missed the Domino’s spike despite knowing so much about their product? Peter Lynch would never forgive us for not being overweight DPZ.

But the market reaction was stunning and perhaps reflects not merely the numbers/outlook but also the built-in worries about the numbers. Now comes the interesting part – do these stocks and the market indices carry their momentum with a confirmed breakout or do they fail in breaking out? Janet Yellen may have something to say about it on Wednesday.

A number of gurus pointed to resistance, breadth & sentiment levels on Friday.

Then after the close,

The second chart has an interesting risk indicator: And finally the verdict from Lawrence McMillan: 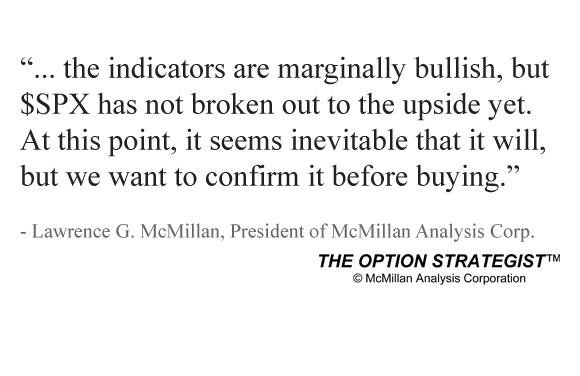 But do  the above mean much when the Central Banks are the best friends of Stock markets? We might get a partial answer on Wednesday.

With stocks threatening to break out, how can interest rates fall? The yield curve bear-steepened this week with the 30-year yield rising by 9 bps while the 2-5 year curve barely budged. Steepening of the curve seems to be the major trend of 2015 with the 30-5 year spread closing at 129 bps on Friday, the highest for 2015. But as Rick Santelli pointed out on Friday, the action merely brought the 10-year yield near the top of its 1.86% – 1.99% channel that has prevailed for 27 straight sessions.

Almost all of the week’s spike in 30-year yield happened on Wednesday. How big was that spike?

We all remember how yields acted after June 2013. Will the Fed statement lead to a repeat performance & break the 1.86% – 1.99% range or will the leveraged shorts panic creating a fall in yields? 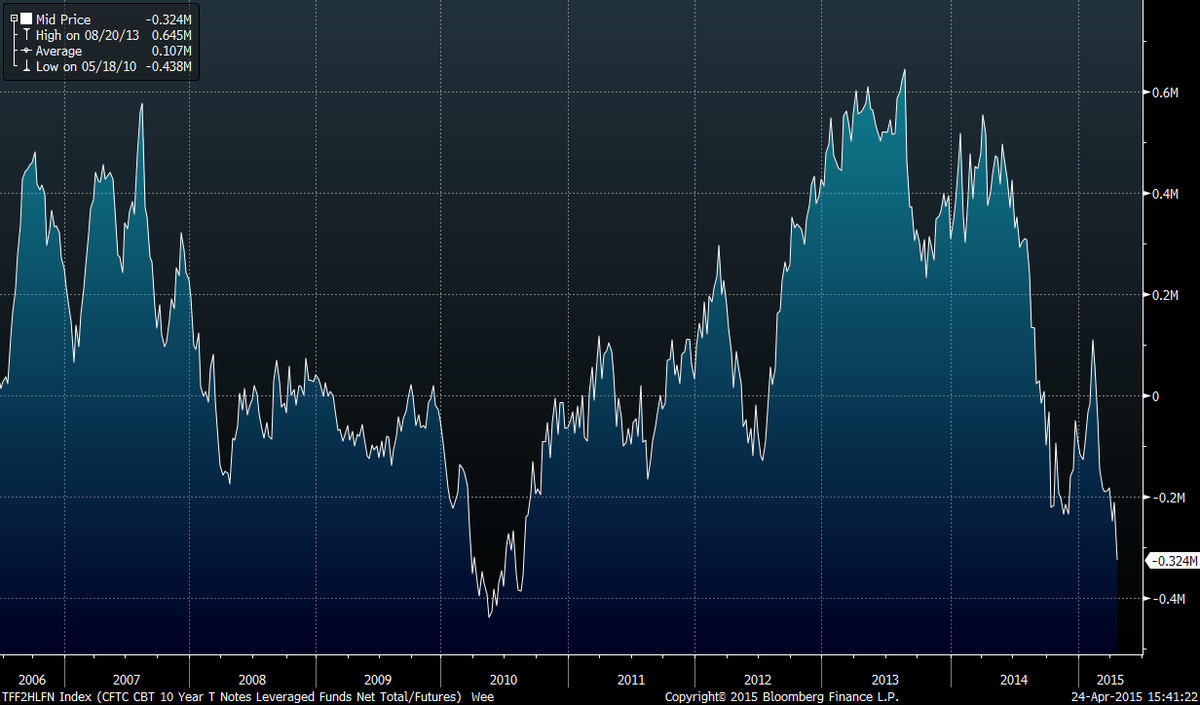 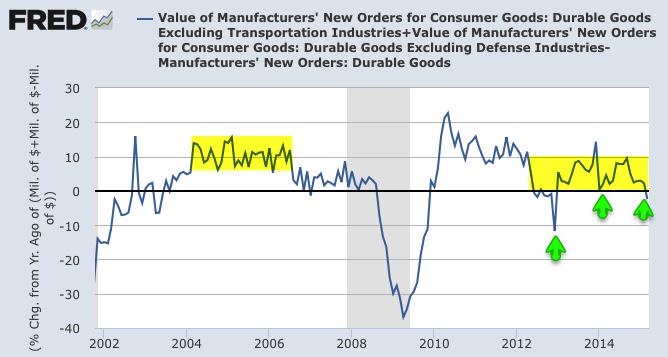 The lowest yield target we had seen for the 10-year was 1% from Gary Shilling. After the close on Friday, we saw a lower target from a model, a model used by Scott Minerd of Guggenheim Partners. In his chart of the week titled 10-year Rates Could Bottom Near 0.80% in March 2016, he discussed his model & the chart below:

If this shocks you, read what the historically realized curve suggests:
Minerd disclaims this near-zero level by stating “I am not necessarily predicting that U.S. 10-year Treasury yields will test zero like its counterpart the German 10-year bund“. Read the entire discussion in his article Sine of the Times. Man, Gary Shilling seems like a vicious Treasury Bear compared to Minerd’s 0.09% 10-year yield possibility.

Oil has mounted a six-week rally. The miners have had a big move. But Gold just can’t do a thing except act ugly. And even a fall in the Dollar on Friday could not prevent Gold from falling hard. Add the following ominous warning to that action:

What will Chair Yellen do to the Fed next Wednesday?

Jeff Gundlach has said that investors should listen to every word Mr. Druckenmiller utters. Who are we to disagree with Mr. Gundlach and why should we when we concur? This interview covers three different topics in three different clips:

Almost everyone is telling us that parabolic up moves like the one in Chinese market are a bubble & will lead to crash. Mr. Druckenmiller provides a different perspective in the 3rd clip. Below is a description of that conversation courtesy of Bloomberg Television PR:

RUHLE:  Because you don’t trust the data, Jim Chenos style?

RUHLE:  No concerns that stocks listed in Shanghai and Shenzhen are overvalued?

RUHLE:  But what about the argument that so many Chinese have now invested in their own market as an alternative because the real estate market is so poor there?

Very simple & very profound. But that didn’t work in America in 2nd half of 2000 or in Q4 2007-Q1 2009.  On the other hand, the Chinese stock market was consolidating for a couple of years before this move up.

In any case, what does Mr. Druckenmiller own to benefit from China’ recovery?

Kudos & thanks to Ms. Ruhle for getting this interview and for getting him to speak in such detail about his investing thoughts. The lady used to be a terrific salesperson, we are told. Well, now she has become a terrific journalist.