This has been a week filled with events that dominated TV screens. But were these temporary eruptions or do they suggest shifting of tectonic plates underneath?

What happened in Turkey on Friday night was riveting. Sections of Turkish military seized important government buildings in the capital city of Ankara with F-16 fighters flying low over the city. Troops took control of the Bosphorus bridge, the gateway between Europe & Asia. For a while it looked as if the “coup” had succeeded.

Then it turned and the turn was far more riveting than the display of initial force. In response to a cell phone video appeal by President Erdogan from somewhere outside Turkey, thousands of Turkish people came out into the streets of Istanbul and confronted the soldiers who didn’t seem to know why they were out on the streets.  It became obvious that it was a “mutiny” & not a coup.

That show of people power might have been decisive for the sections of the Turkish military who had not joined the “mutiny”. As Stratfor reported, “the commander of Turkey’s 1st Army announced that the military does not support coups against the Turkish government. The commander of the 3rd Army, meanwhile, ordered troops to return to their bases.”

As the dictum says “what doesn’t kill you, makes you stronger“. If President Erdogan was strong before, he becomes absolutely dominant now. That is not a positive for Turkey’s “republican” system, but a big affirmation of Turkey’s democracy or rule of a populist leader under mandate from the majority of the population.

That is the story of today – a movement towards a leader or leaders who appeal to the people & are in turn chosen by the people to lead them. It is a movement against the institutions that are intended to support & protect a republic. We saw that in Britain with the stunning vote in favor of Brexit. We would see that in France if national elections were held today or this month. We see that in the deep & determined support for Donald Trump in America.

It stems from a decades long “capture” of these institutions by a “of the elite, for the elite, by the elite” global “secular” cabal. The result has been massive inequality of income, wealth & opportunities across the world and visible reprehensible corruption. Rebellion against such elite controlled institutions has historically been driven by movements back to basics of religion, culture & history.

Erdogan was one of the earliest leaders of such a movement & he took Turkey back to its religious & historical roots. We see that in all three corners of the Middle Eastern triangle – Erdogan in Turkey, Netanyahu in Israel & Iranian clerics in Tehran. They remain the most stable regimes in the Middle East in stark contrast to the weak “secular” artificially constructed regimes in Iraq & Syria and, of course, NonPakistan.

Why bring in NonPakistan? Because this week, posters appeared in streets across NonPakistan urging retiring General Raheel Sharif to take power with a military coup. 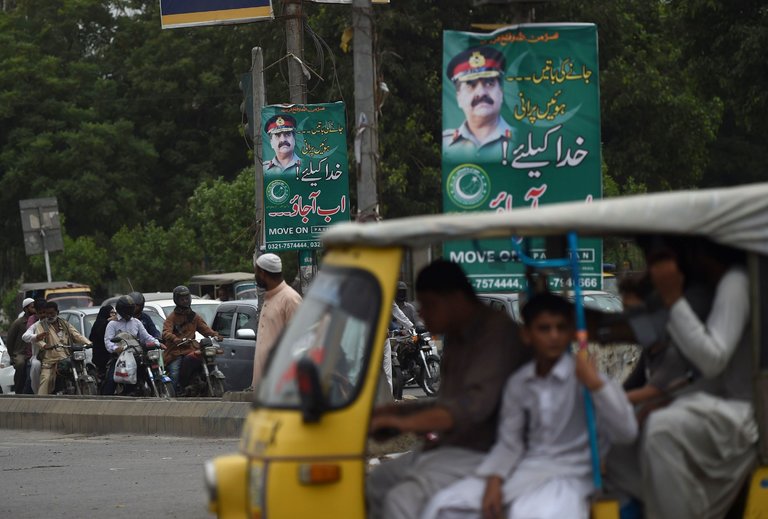 As in Turkey, this seems to be a drive by a small section without the support of the NonPak military or its intelligence agencies. But if it were to result in a coup, do not expect the people of that regime to come out into the streets to support the weak, pathetic government. And, unlike Turkey, any coup in favor of General Sharif would be mounted with the total committed power of the NonPak military. And it would succeed.

Because they don’t have a real country like Turkey. Because the economic hellhole & social cauldron that calls itself land of the spiritually pure or Pak-i-stan is an artificial construct just as today’s Syria & Iraq are. The construct contains a partitioned South Afghanistan, an annexed Baluchistan that is ethnically more Iranian and a large province of Sindh that has nothing to do ethnically or culturally with the dominant Panjabi province that runs roughshod over the other three provinces.

The Army remains the only institution that is semi-accepted by all and General Sharif is regarded as efficient & reasonably corruption-free. And the Army has delivered the only “success” the people can be proud of – the 4th largest nuclear arsenal in the world. But the real question is does General Sharif want to mount a coup and then eventually go out like the disgraced previous Generals who took over in a coup – Musharaaf, Yahya Khan, Ayub Khan,

Ins’t it ironic that the founders of that regime had dreams of building a secular Islamic state modeled after Turkey. They forgot that Turkey is a real country & not an artificial abomination.