CNBC keeps saying that they have more Indian-Americans than any other network and that the Managing Editor of CNBC is an Indian-American. Their PR keeps using this to deflect any criticism of anti-Indian behavior by CNBC on-air people including contemptuous mispronouncing of Indian names including & especially PM Modi’s name.

But Indian origin or Indian heritage doesn’t preclude you from being a hater of PM Modi. Witness:

Bloodbath on cards from a hug! CNBC doesn’t go such ridiculous extremes or to extremes to which MSNBC anchors have gone. But CNBC has its own way of expressing their intense dislike of PM Modi. And everyone knows from their partisan performance at the CNBC Republican Primary Debate how biased they are towards Republicans in general and towards President Trump in particular.

To their credit, CNBC has stayed away from personal insults aimed at President Trump. Sadly, that is not true about PM Modi or Indians in general. They do it subtly by mispronouncing Indian names, especially that of PM Modi. It is true that many American networks pronounce PM Modi’s name as मोडी (with a hard “d”) instead of the correct मोदी (with a soft thee).  But CNBC is unique in that they have the most Indian-American talent and all these Indian-Americans know exactly how “Modi” is pronounced. But these Indian-Americans are not able to or are afraid to speak up when they hear PM Modi’s name being mispronounced by their colleagues.

These anti-Modi insults rise in intensity when PM Modi visits America. They reached a crescendo two years ago during his first visit. That was led, as we recall, by CNBC’s Chief International correspondent, Michelle Caruso Cabrera. During this visit, she was joined by her friend & fellow anchor, Carl Quintannia, whom she often has called “Carlito” on-air. This time this pair didn’t stop at merely mispronouncing “Modi”. Instead, they extended the contempt by pronouncing Ajay as AJ. Hear it for yourselves.

By the way, we have not seen ANY OTHER ethnic group treated with such obvious contempt on CNBC’s air. This treatment seems reserved only for Indians & Indian-heritage people. To be candid, we don’t think either Michelle Caruso Cabrera or Carl “Carlito” Quintannia have any real ax to grind against Indian heritage except possibly raw contempt.

That may not be true about another CNBC anchor who joined the मोडी  mispronunciation bandwagon during this visit of PM Modi. And, unlike Michelle Caruso Cabrera, this anchor is smart and recognized on-air for her intelligence. She is a graduate of Harvard &  served as Assistant Managing Editor of the Harvard Crimson. 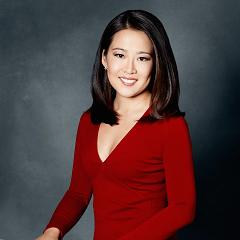 As far as we can tell, Melissa Lee is of Chinese heritage and, as her CNBC profile says, “… Lee reported and anchored a one-hour documentary, “Made in China: People’s Republic of Profit,” from Beijing and Shanghai. She reported extensively for the network on China from the country’s growth to its challenges to the opportunities for U.S. businesses“.

For some reason during this week’s visit of PM Modi, Melissa Lee seemed to go out of her way to mispronounce “Modi”. She seemed to take a venomous delight in doing so or so it felt to us. She is the host of a show we watch every day and, in our opinion, there is nothing Melissa Lee does on-air that is not deliberate & unintended. Also we have never heard her mispronounce any non-Indian name. And we don’t think any other CNBC anchor-reporter could mispronounce a Chinese name without Melissa Lee harshly correcting them on air.

In stark contrast to Melissa Lee is CNBC’s Indian-American reporter, Seema Mody. According to her CNBC profile, Seema Mody was an anchor and reporter at CNBC-TV18 in Mumbai before joining CNBC USA. Unlike Melissa Lee, Seema Mody is not forceful and she doesn’t display the obvious intelligence of Melissa Lee. Despite her years on air, Seema Mody rarely displays insight or asks hard questions that Melissa Lee often does. 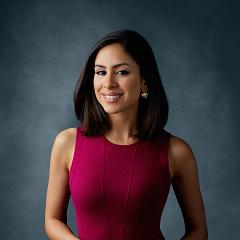 Seema Mody used to correctly pronounce her name on CNBC India as मोदी (soft “d” sound as in thee). Now on CNBC USA, she pronounces her name as मोडी with a hard “d”. Is this her attempt to fit in at CNBC or is this a reflection of her lack of confidence or is it perhaps shame about her Indian heritage? We don’t know of course. But what we do know & what we see on CNBC air is that Seema Mody has NEVER corrected her colleagues when they mispronounce Indian names, something Melissa Lee would do in a heart beat about Chinese names.

This is so symptomatic of China-India relations pre-Modi. During those years, China used to bully India and force India into humiliating situations on the border. That India could never stand up to China and the only response those Indians could muster was a weak acceptance in the name of “famed” Indian tolerance.

That was pre-Modi India. The world is learning that PM Modi is a strong determined leader and justifiably proud of India’s heritage. As China is learning this week, India & the Indian Army under PM Modi responds in kind with confidence and power.

Will we ever see a confident, forceful Indian-American anchor at CNBC, an anchor who is not ashamed of her or his heritage, an anchor confident & proud enough to correct and pull up CNBC colleagues when they insult Indian guests? How devoutly do we hope for that? Because then watching CNBC may actually be fun instead of the sickening feeling we get watching CNBC anchors insulting Indian guests.

But will such an anchor ever be hired at CNBC and, even if hired, will such an anchor survive in the CNBC milieu? Because, to outsider viewers like us, CNBC comes across as an example what they call a hostile work environment for proud Indian-Americans.