What year is this? We have seen comments from several gurus about 2018 being another 2008, 2000 or 1998. But this week we heard a very different comment from a guru with a terrific track record, a guru that explicitly called the credit bubble in October 2007 after warning about it in July 2007, a guru who said Draghi’s commitment to whatever needed in 2012 was very bullish.

Larry Fink said this week to Erik Schatzker of BTV:

What was the difference between 1994 and 2000/2007-2008? In the latter cases, the Fed raised interest rates until they busted the asset bubbles dominating markets & created recessions in the process. In contrast, the Fed began early in 1994 and stopped just in time. As a result, inflation was kept in check without killing growth. That created a disinflationary growth period for the next 3 years.

Look what Henry McVey of KKR said to Erik Schatzker of BTV this week:

Fed Chairman Powell said the same thing in this week’s Congressional Testimony that was perceived to be dovish.

So what is the problem? Richard Bernstein had said after the 2008 financial crisis that the Fed is essentially myopic in that they don’t see much beyond the US economy. They have been unable to identify the slowdown or contagion that seeps into America from overseas and therefore they keep focusing backwards on inflation and keep tightening until they blow up the economy.

Powell’s Fed may be repeating this mistake argued Viktor Shvets of MacQuarie this week in his discussion with Erik Schatzker of BTV. He argued that the Fed is looking at backwards inflation indicators and missing the biggest risk. What risk?

David Rosenberg wrote on Friday – “The global economy, a decade past the financial crisis, has been fuelled by a record volume of debt“. Now ask yourselves – what economy on earth has managed to service its debts while its central bank is destroying liquidity at the rate of $50 billion per month, as this Fed is doing? 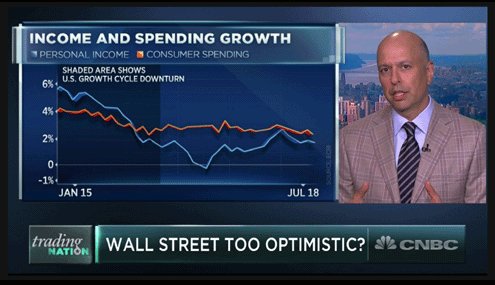 And is this affecting consumer spending? 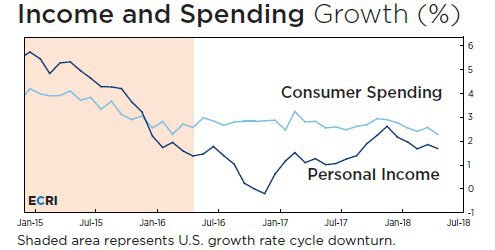 With all of this, wouldn’t you also say what President Trump said “… & we are raising rates – Really?“. He  prefaced his question with only “Debt is coming due”. He could have added all the other factors we discussed above. Given his nature, how soft spoken & circumspect was President Trump while bringing up this issue with CNBC’s Joe Kernen?

President Trump made it clear that he was speaking as a private citizen. Just to put his soft & circumspect comments in perspective, look at how another private citizen spoke about the Federal Reserve Chairman & Governors about 10-12 months prior to onset of that recession:

What a strange society we live in? The same Financial Network, CNBC, that did not utter a single word in 2007 to criticize Jim Cramer, the same CNBC that now displays this clip as a proud momento of their “journalism”, spent Thursday afternoon & all day Friday in sarcastically & angrily condemning President Trump for talking about the same risks Cramer ranted about in 2007.

Jim Cramer had no responsibility entrusted to him in 2007. He was simply speaking about the financial discomfort of his friends on Wall Street. And he was lauded for it. President Trump has been entrusted by the US electorate with the responsibility of economic welfare of the American people and he has NO RIGHT to publicly discuss his views about how decisions of the Fed might be affecting the economic welfare of the American people? What a weird society has America become?

Our hope and prayer is that Fed Chairman Powell understands the need for Economic growth to be faster than Debt growth, as ex-Fedhead Mark Olson said to Rick Santelli. If so, then Chairman Powell would very soon realize he should listen to President Trump as well as the various strategists who are telling him to stop raising rates right now.

Whether Chairman Powell does or not, the Treasury market realized it and acted on it on Friday. The 30-year Treasury yield shot up by 6.2 bps on Friday and the 10-year yield rose by 4.8 bps. In contrast, the 2-year yield only rose by 0.4 bps.  It is as Jeffrey Gundlach has said on many occasions – the 30-year bond loves Fed tightening. The Treasury market has been ranting for weeks that the Fed raising rates is hurting inflation and slowing down the economy. By viciously flattening the yield curve, the Treasury market has been warning that the Fed might be making a mistake. So the possibility that Fed might listen to President Trump and stop raising rates was enough for a 180-degree turn in long duration Treasuries.

Remember we featured a warning by Greg Harman of Dragonfly Capital two weeks ago about TLT hitting at resistance from below. This week another technician went a bit further: 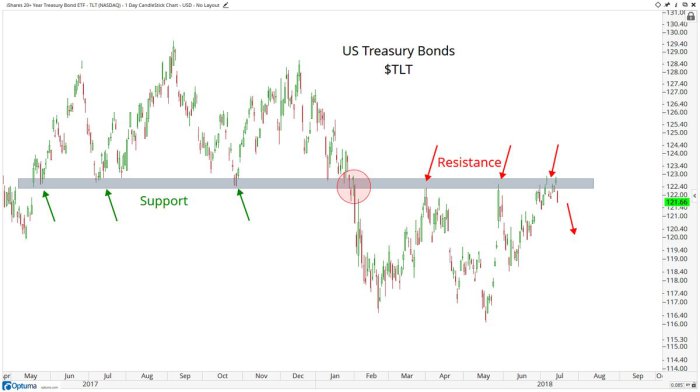 Add to this what the Bank of Japan did overnight before Friday morning: 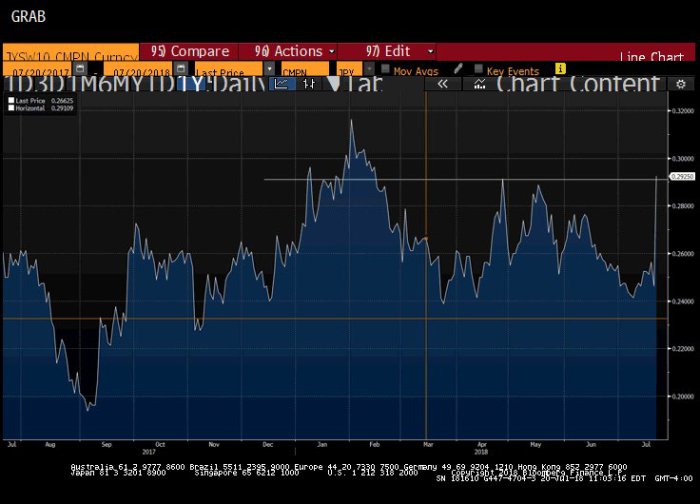 Once again, President Trump was being soft & circumspect in his interview with Joe Kernen when he said at minute 4:12 “China – their currency is dropping like a rock“. Wonder if that is due to Kernen’s soft & mellow personality!

Because President Trump should really have said “their currency is being pushed over the cliff“: 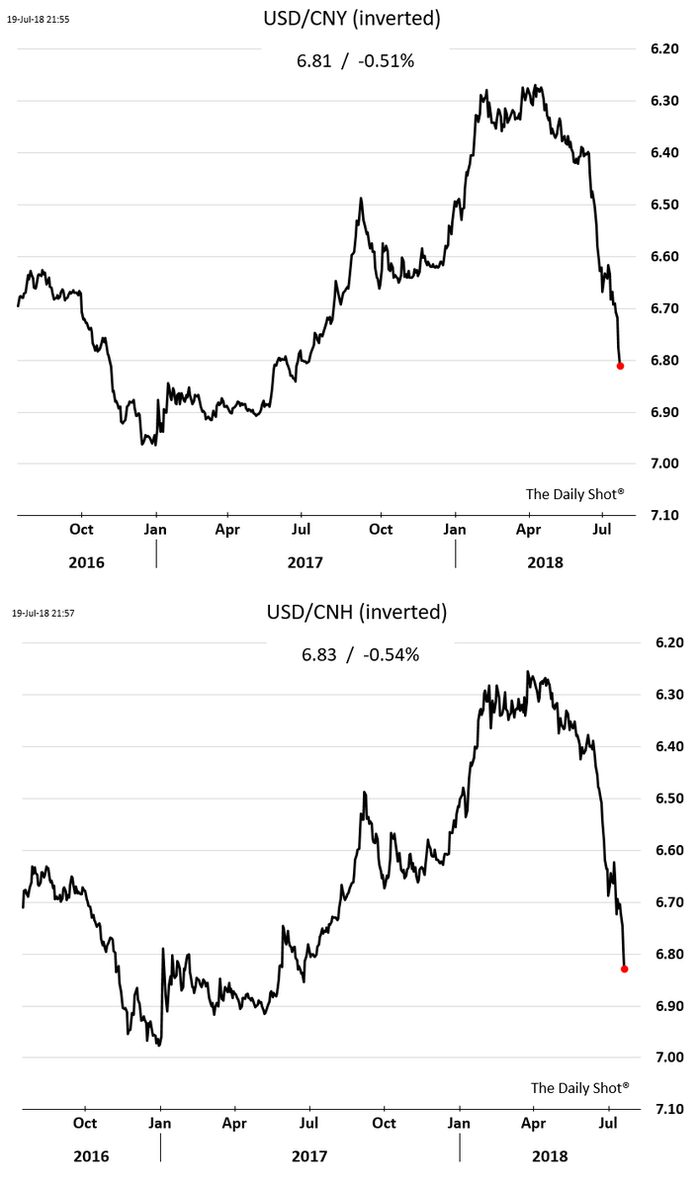 President Trump followed up the next morning with a tweet about the U.S. Dollar going up every day:

The Dollar index that looked headed higher towards 96 turned on a dime and fell hard on Thursday and Friday. You have to wonder whether President Trump is a technician. Why? Look how perfectly placed his verbal intervention was! 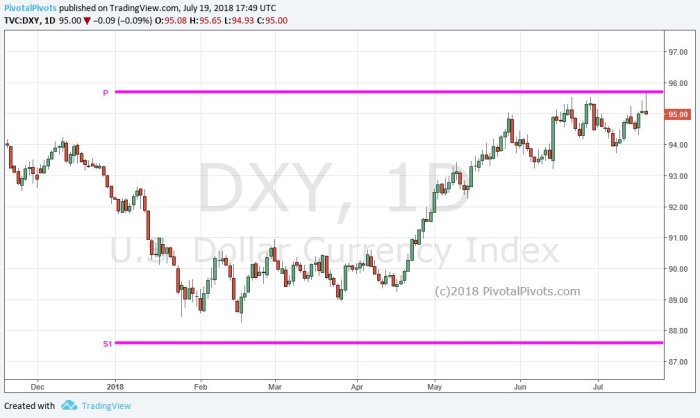 But the immediate next step involves the announced tariffs on $200 billion of Chinese goods scheduled to go into effect on August 31, 2018. Read what Henry McVey of KKR said to Erik Schatzker of BTV this week:

This was also the main caveat to the bullish call of Larry Fink described in Section 1 above:

We will be brief in this section given the length of this article: 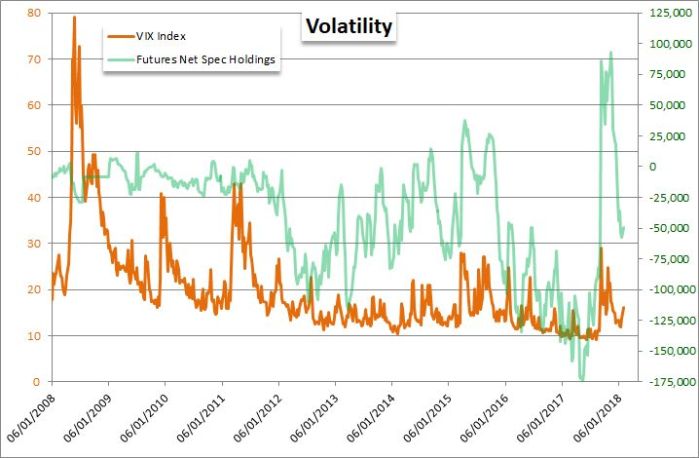 If the Dollar stays weak, 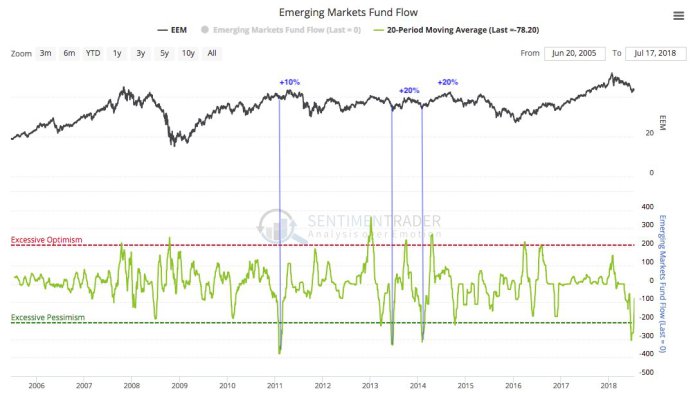 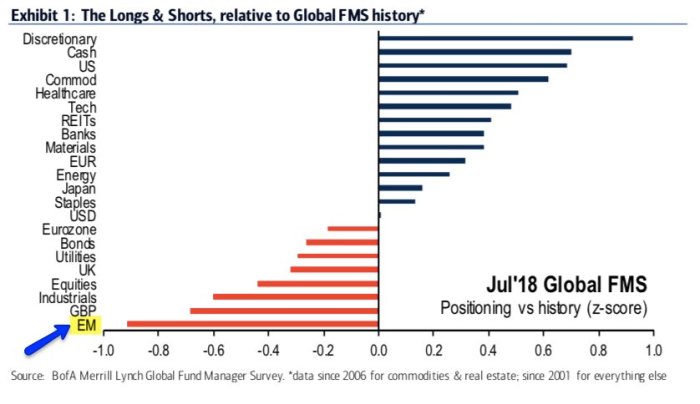 To be more specific, 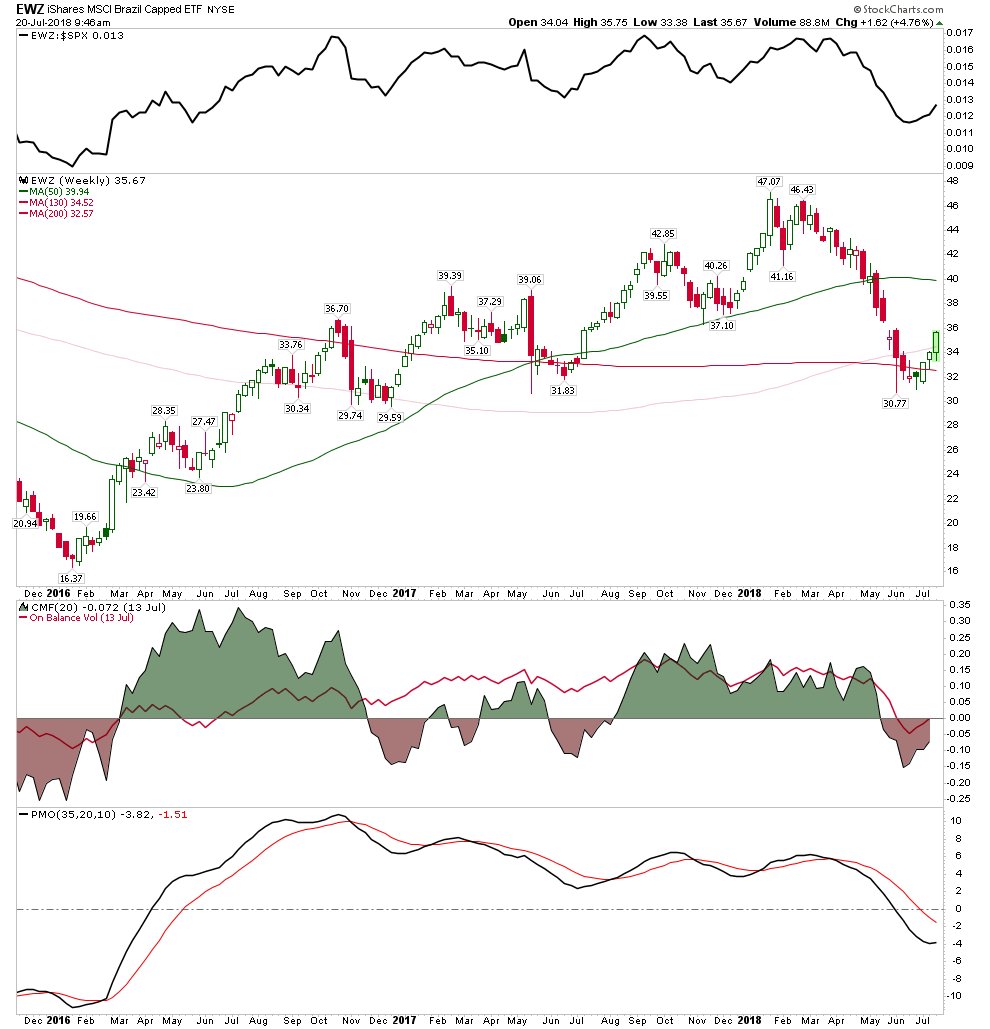 Below is President Trump’s interview with CNBC’s Joe Kernen. We think it is a must watch. If you do, you might see why Nobel Laureate Robert Shiller said on Friday on BTV – “President Trump brings to light things that need to be talked about“.

The CNBC transcript of the interview can be found here.

Not only must Joe Kernen be happy about delivering such an important interview but he must also have been thrilled to hear President Trump describe his Squawk Box as a “highly respected” show. He is the only one left on Squawk Box from the original trio of Mark Haines, David Faber and himself. So he probably feels a sense of ownership of the show.

Kudos to CNBC as well for three interviews in one week that, we think, will prove to be important & revealing – President Trump, Larry Kudlow & Steve Bannon. We may well be “Untouchable” in a caste-system sense to CNBC but that doesn’t affect us. Partly because we love markets & partly because we have been so robustly insulted so often & by so many that insults & bad treatment rolls off us like water from a Duck’s back.