Remember the story we relayed in June 2018 about our friend’s “carried interest” contract with his 11-year old son? This man signed a contract with his son agreeing to pay for his college costs & NY private school education in exchange for a “carried interest” in his son’s post-education success. Added incentive for the son was a “premium” level of parenting. The greater incentive for the son was a much higher level of support, coaching from the father to get into the best college, to get prestigious internships during college & help in interviewing for the right job.

The “consideration” to the father was mutually decided to be 50% of the son’s post-tax income for the first 10 years after getting the job the son wanted. This may sound a bit high but it ensured a win-win for both father & son. The father, essentially, became a venture capital investor in his son’s education & career and the son, like the majority of VC investment recipients, did very well during & after college.

Kudos to this father & son duo at least for their initial agreement. The investment would have proved nicely profitable for the investor father. Unfortunately, the son was later told by his cousin that the contract he made with his father was unenforceable because the son was a minor when he made the agreement.

That father could now legitimately be heralded as a pioneer in financing college education. Because, some 20 years later, schools are now adopting some parts of this “carried interest” concept. If colleges don’t offer this “carried interest” policy, it’s very common to find students looking for fundraising ideas for college, in order for them to gain help when it comes to paying their college tuition fees.

Look what this online computer coding school offers students who do not or cannot pay the $20,000 upfront tuition for this school’s 30-week training program. Such students can opt to pay nothing, no tuition, before or during their study. But, after they get a job that pays at least $50,000 a year, the students pay 17% of their income for two years.

Look carefully and you will see this is more than an income-sharing arrangement or ISA as some non-discerning minds call it. The school actually becomes an interested party and a co-investor in the post-education success of their students. They can’t get any money from their students unless the students get jobs, well-paying jobs. And the more money the students make, the more money Lambda School makes. Presumably, the Lambda School recognizes this and uses their resources including their alumni to get high paying jobs for their students.

How is this different from Venture Capital? The students become the startups & the Lambda School becomes the VC. That is why the funding is better defined as “carried interest” of the school in its students.

We have always liked & respected Mitch Daniels, the two-time Governor of Indiana. He has always struck us as a thoughtful, intelligent man who is committed to improving conditions for his people. His wikipedia bio states, 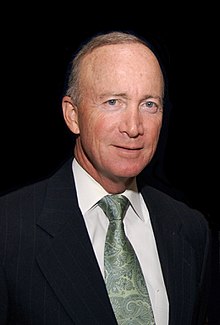 So we were happy to hear that, under his leadership, Purdue University has launched a program that resembles what we term as “carried interest” of Purdue in its students. Reportedly,

Actually Universities have always realized the size of their carried interest in their students. Harvard, for one, almost immediately starts calling parents of their enrolled students for donations and continues to ask for donations from their graduates. Campus placement programs of Ivy League schools have become the basic pathways to getting high quality, high income jobs.

But such programs benefit a small percentage of students interested in specific industries while the majority of graduating students are left to fend on their own in their job-search. Presumably as more & more students opt for such income-sharing programs and, as the scale of the University’s receivables becomes greater, Universities will begin investing more resources in finding jobs for their graduating students.

It will also impose a necessary discipline on Universities. As Purdue’s Mitch Daniels said,

The discussion was almost an hour long and we directed much of it towards UPenn & its ethics regarding education & costs. The technical & sound people recording the podcast loved the discussion but our protagonist & the moderator did not. Naturally, despite many requests by us, we never received a recording or transcript of our discussion and the podcast was never published.

Now Purdue’s Mitch Daniels is touching on many of the points we raised at Wharton as you can see below:

We are very happy to see that Purdue & Mitch Daniels have taken a big step towards creating what we call a multi-year “carried interest” of Universities in their students. Hopefully this much-needed innovation will expand & accelerate. Nothing is more critical for the long term success of a nation than success of the nation’s education system.

Editor’s PS: For a more detailed discussion about carried interest of parents in their children, see our Father’s Day article written on June 23, 2018 – Carried Interest – An Elixir for Retirement, Population Growth & a Happy Life?