You have to hand it to the two Presidents, Trump & Xi. They just don’t let hope die or even wither. So nobody wants to act on their own suspicions that the deal will never come. Because they don’t want to miss the big up move if it does and especially if it does before December 31.

So, as Mohammed El-Erian said on BTV,  people just want this year to end. This was put in a different way by Mithra Warrior of TD Securities to Jonathan Ferro of BTV – “lot of people want a downturn but they don’t want a downturn in December“.

And neither does Fed Chairman Powell. So the dance continues in wait for Godot, sorry Phase 1 of US-China deal. Actually getting the Phase 1 deal could prove more dangerous, like a top.

So the onus is on Chairman Powell to radiate optimism & add liquidity quietly to prevent an year-end eruption in illiquidity. His FOMC have put themselves in a trap by declaring their policy is in “appropriate place”. So he cannot act on December 19 in either direction lest that panics the stock market.

That raises a question. Where is the S&P now vs. seasonality history? From Goldman via The Market Ear: 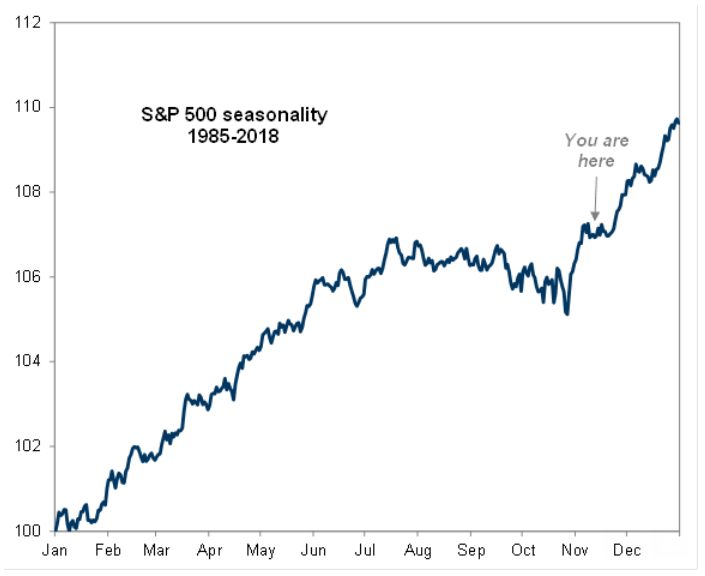 See the chart below & realize how many words it says. 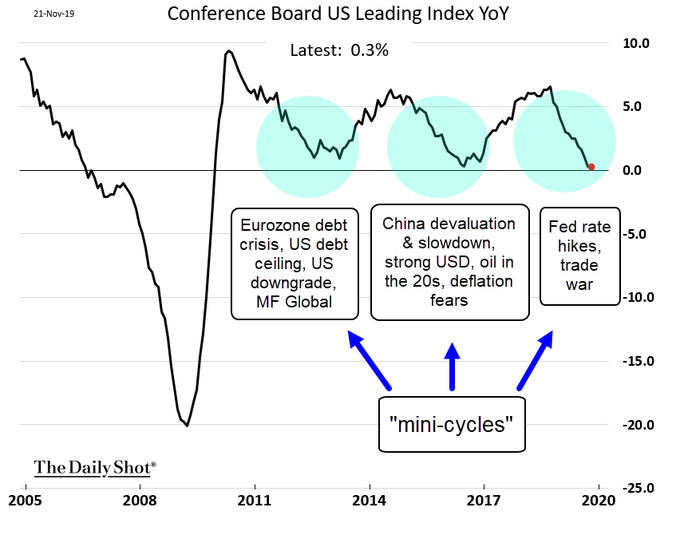 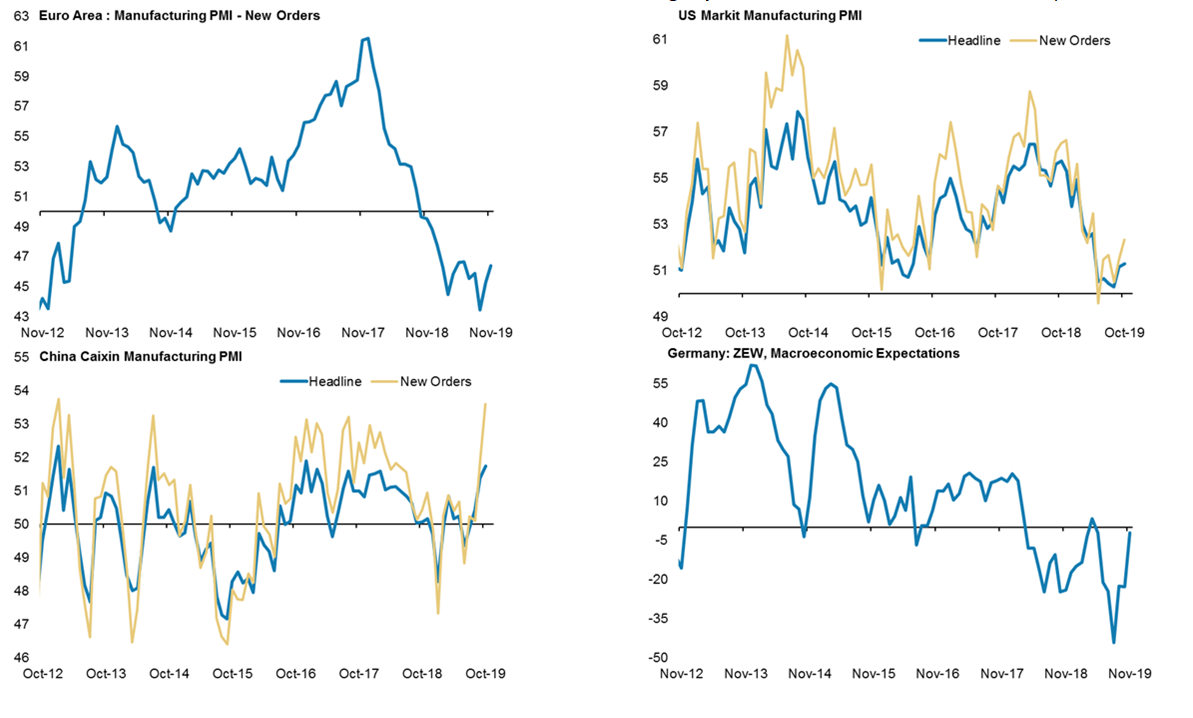 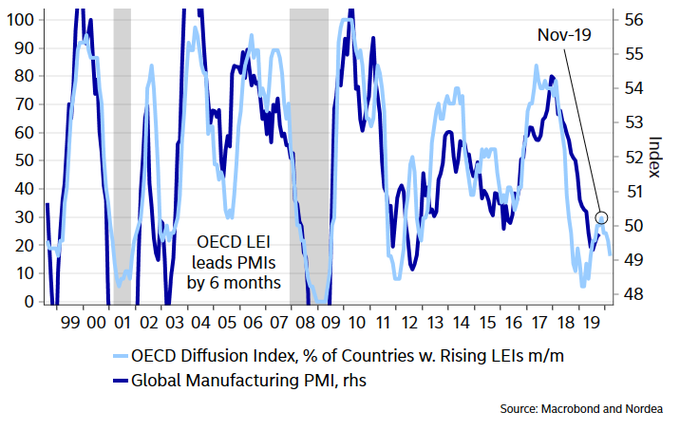 Who else is talking about weakness in Services in US? 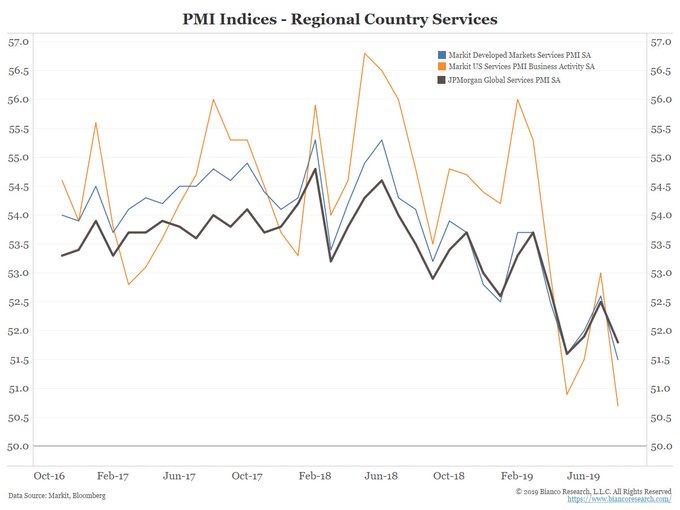 Can we really end a section on the economy without hearing from him? David Rosenberg said on CNBC Trading Nation on Thursday that “companies’ decisions to cut capital spending is beginning to trickle down to hiring decisions, and that puts consumer spending in a danger zone“.

For the second week in a row, Treasuries were the best performing asset class with TLT up 1.5% & EDV, Zero-Coupon Treasury ETF, up 2.3% . Not only did the rates fall but the Treasury curve flattened virtually every day.

TLT has rallied from just below $135 two weeks ago to just below $140 on Friday. Is this a real move or only a bounce from an oversold condition? 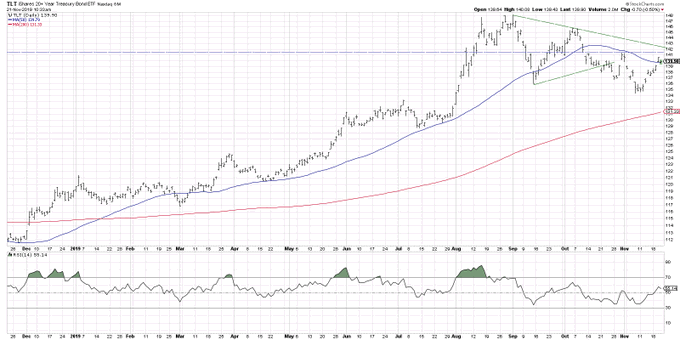 This week, we kept hearing about spread-widening in the high yield sector, esp the lower kind. 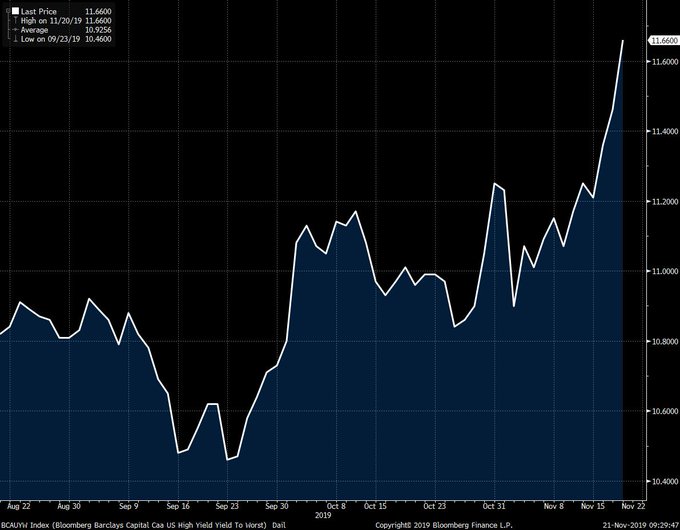 This is clearly a negative signal but how negative? First leveraged loans & now CCC? We will wait and see whether the pressure builds in this sector.

Remember how stupid are investors to lend money to the US Government at x%? Because stocks always go up over 5-years, 10-years? Guess what happened over a 20-year period from 2000 to 2019? 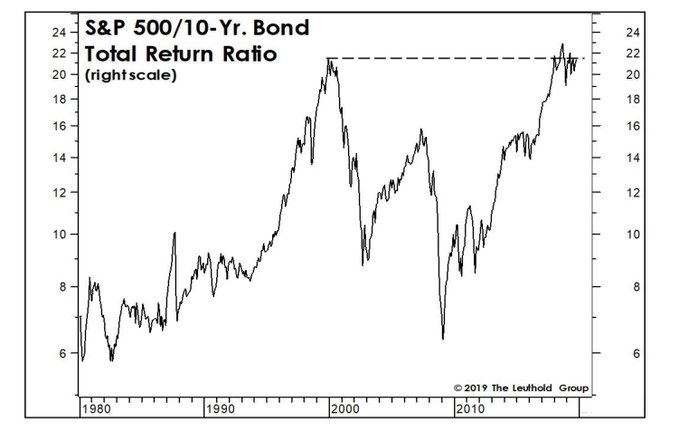 But, as we recall, almost every time we have seen a chart & a claim like this, stocks have outperformed Treasuries at least over the near term. And that brings us to:

What happened to the VIXplosion we were supposed to see? VIX did rise by 2.4% this week. What about next week?

What about the channel? A chart from The Market Ear: 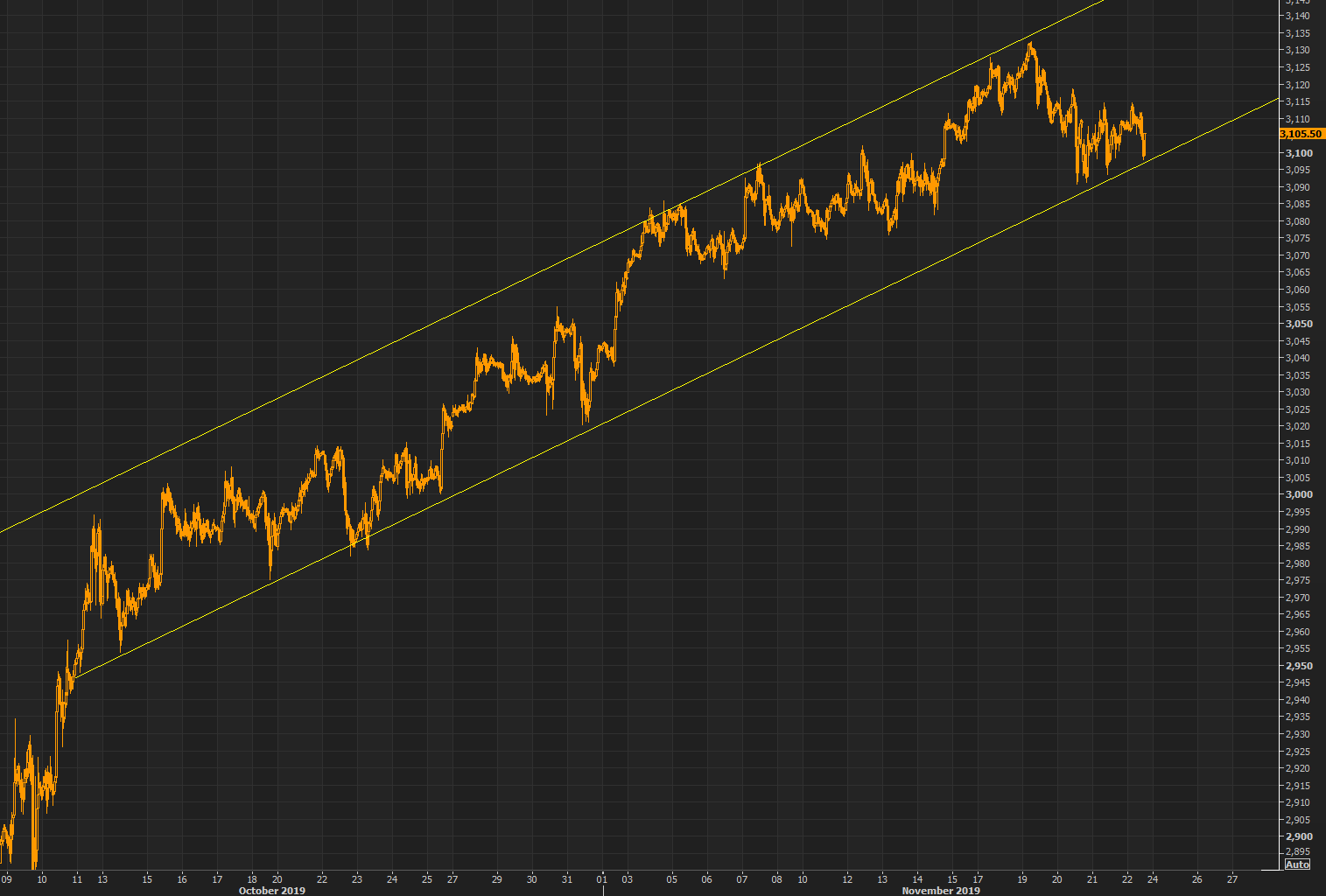 Hmmm; we recall what happened after Feb 2018, right? But now to short term concerns. 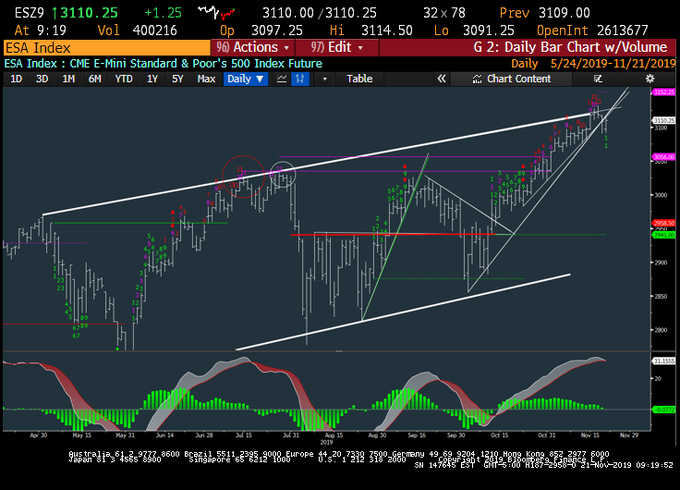 What about earnings & other funnymentals? Listen to the other from the old Merrill Lynch pair who claims that he is “incrementally cautious”. And this is a man who expects volatility to be higher next year, higher than what people think. If it does, will Richard Bernstein describe it in the same sleepy, boring sorry incremental fashion? Really has any one ever seen an agitated Rich Bernstein?

By the way, could anyone let us know what “Sant” means in Italian? Because whether you add “eli” or “oli” to it, you get good results at least for viewers.