Should we stop using the term “viral” or “went viral” casually in everyday conversation? The term suddenly got serious in markets during the last day & half. When coronavirus cases jumped in South Korea, when Iran got affected in a viral way & when WHO/CDC began talking about United States being unprepared, all of a sudden the stock market hit an air-pocket. Then, with US Markit PMI coming in weak, Thursday’s airpocket in the stock market became a turbulence on Friday. And low rates became a problem instead of support for stocks.

The sight of the 30-year Treasury yield breaking below 2% was even unnerving to Jim Cramer as he said on his Mad Money show on Friday evening. And the 10-year yield closed at 1.47% below 1.50% which was deemed strong support.

Priya Misra of TD Securities said on Friday afternoon on Bloomberg Real Yield that Treasury yields have lot more downside. She said the 10-year yield could get down to 1.25% and she also felt that the 30-year yield could see 1.60% before seeing 2.20%. While she thought that the rate move is getting a bit ahead of itself, she pointed out that the Treasury market is the most liquid market in the world & Treasuries have the highest yields in the developed world. Her more interesting point was that Bunds are now more attractive than Treasuries & a Bund rally could be the trigger to drive Treasury yields lower.

And David Rosenberg sort of took a victory lap:

A lot of people made fun of the stupid cover graphic of the Economist: 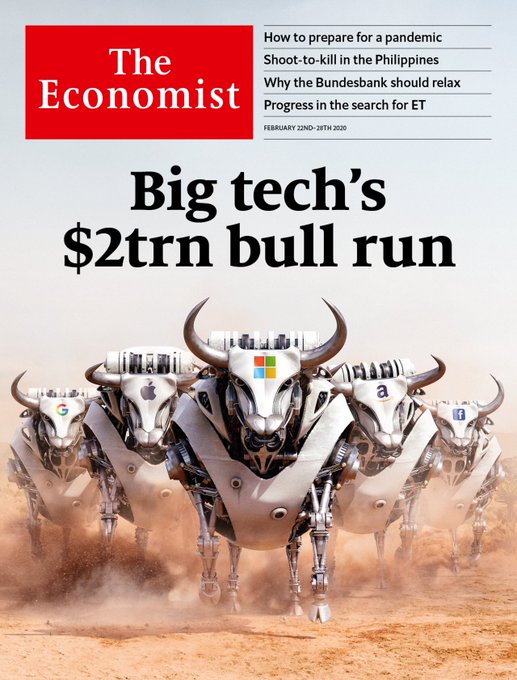 Look what happened to Emerging markets this week. EEM was down 2% but Brazil was down over 3% and South Korea was down 6%. 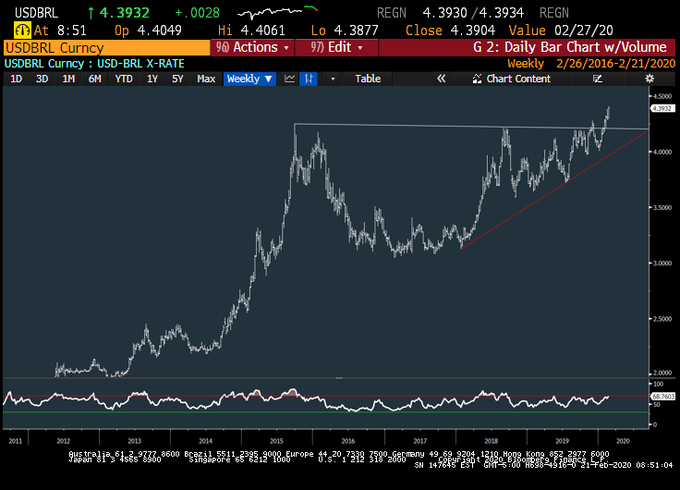 By the way, remember when “junk bond” was deemed to be a misnomer & replaced by “high yield”. Is it now time to replace “high yield” by something else? 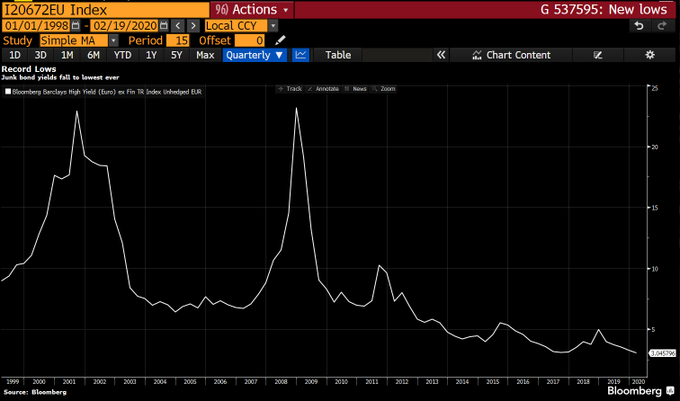 Despite all the above about Bonds, the best performing asset class was one that doesn’t even have a positive carry. Gold exploded up by 3.8%, while Gold miner ETFs, GDX and GDXJ rocketed up by 8% and 9.5% resp. But do rockets keep going up? Not really said, Mark Newton: 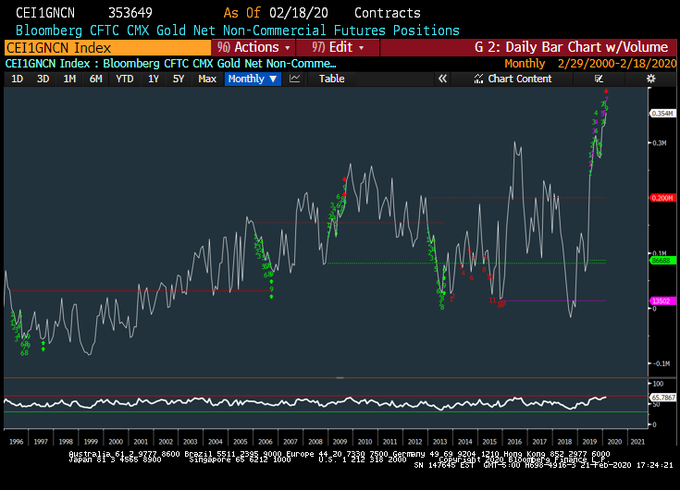 Is there anything positive we can quote about US stocks?

Next something not very negative? From Lawrence McMillan of Option Strategist: 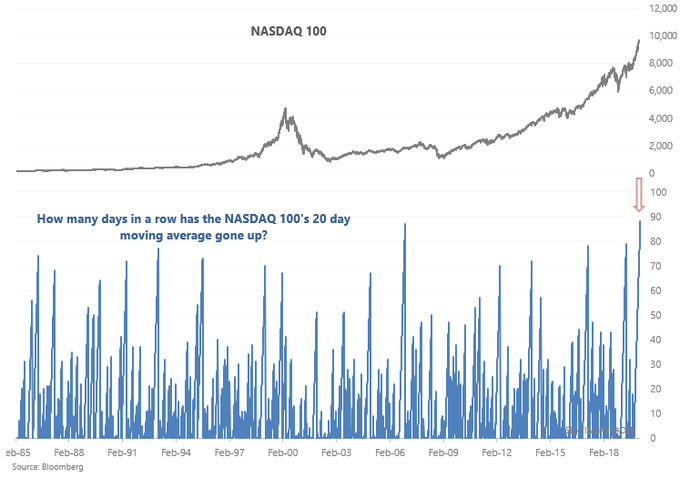 What about the intermediate term, you ask? Who can say without understanding how & for how long will the CoronaVirus impact the global economy? For example, earlier in the week we read about simple drugs & tablets getting very expensive or simply becoming unavailable in India because raw materials for Indian drug manufacturers come from China. Then, on Friday, Jim Cramer expressed the same concern about US Drug companies seeing their raw material imports from China either stopping or becoming very expensive.