We have thought for long that today’s China, especially Xi’s China, is scarily similar to Imperial Japan of the 1930s. We all know what resulted from the US-Japan competition of the 1930s. Despite understanding that Japan was likely to attack, FDR’s USA was unprepared for Japan’s stunning attack on Pearl Harbor that drove the US Navy out of the Southern Pacific.

China’s economic problem is analogous to that of 1930s Japan. Despite all its attempts, Chinese domestic consumption cannot yet maintain economic growth and that access to global markets is a strategic imperative, argues Geopolitical Futures. They add that “China depends on access to sea lanes connected to its eastern ports“. So “access to global oceans is still the foundation of Beijing’s strategy, just as Japan’s access to raw materials was its“.

If you believe this, then you should look at the vast American alliance system that faces China from the sea – “Japan, South Korea, Taiwan, the Philippines, Indonesia, Vietnam, Singapore, Australia and India“. Again a picture from Geopolitical Futures is worth lots of words: 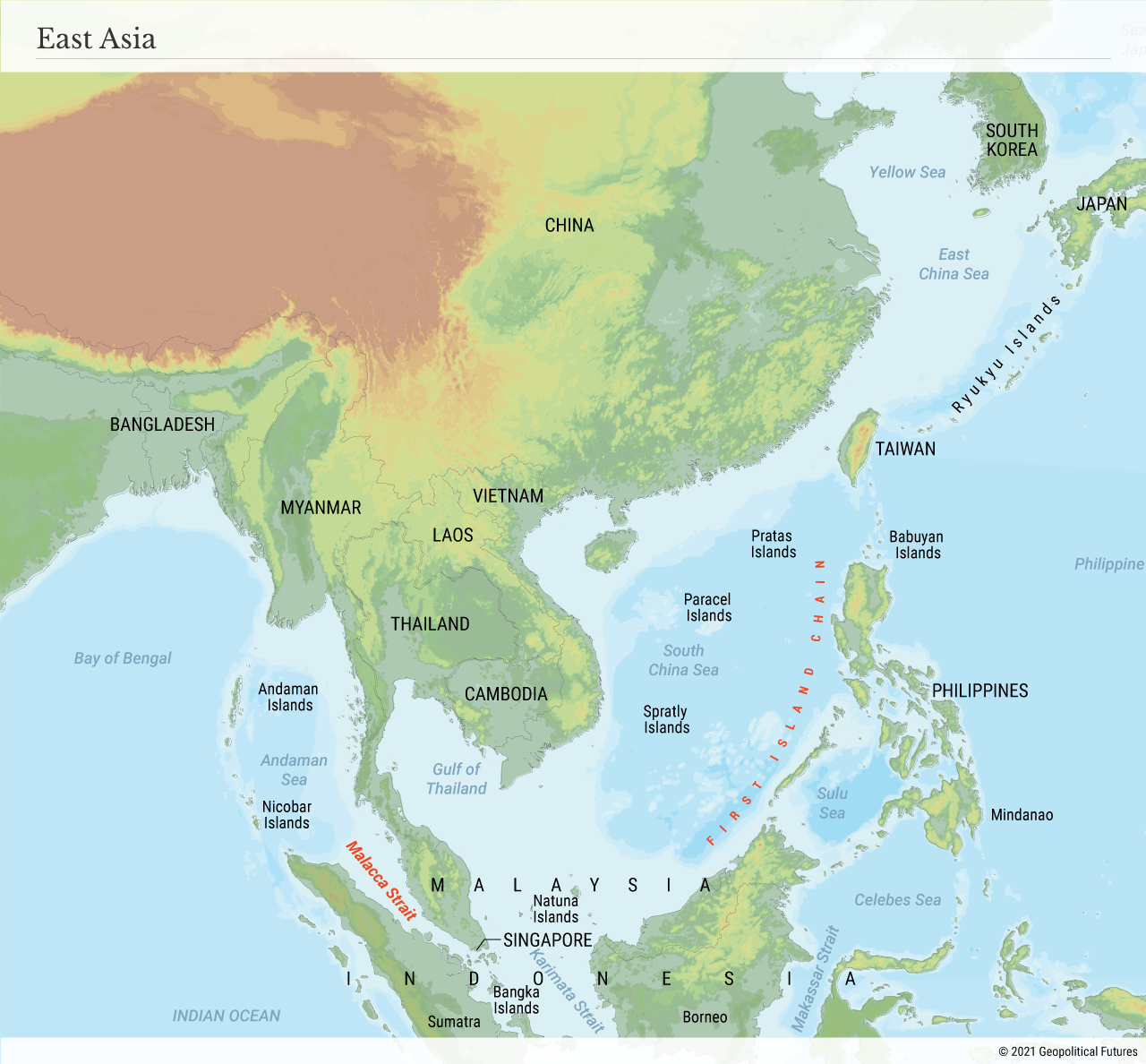 The vast alliance described above is actually a group of countries that are very significant trading partners of China. So you would think China would have made nice with these countries & blunted their fears about Chinese expansion, the fears that are mainly responsible for this group’s dependence on America.

That brings up the most scary of analogies between today’s China and 1930s Japan. That Asia was willing & eager to embrace the militarily strong Imperial Japan both from a racial-regional pride but also as a means to get rid of the horrific European plundering of Asia. But they quickly found out that 1930s Japan was far more intensely racist against non-Japanese Asians than even the Europeans.

We see that again in today’s China. This communist regime in China is absolutely supremacist against non-Chinese Asians, people they believe to be inferior & meant to live in fealty to China. The Chinese leadership is not dumb but their actions in Asia have been very dumb. And that comes from their conviction of racial & cultural supremacy over the rest of Asia.

So the Chinese way has been to browbeat & launch efforts to seize economically & strategic bits of territory from neighbors. And which is the most strategic & the weakest?

Look at the map above from Geopolitical Futures. If China can break through the Philippines, then it will totally rip apart from the first island chain that surrounds China’s coast. So a sensible leadership might have made friends with the Philippines & blunted the strategic partnership between Philippines & America.

Instead, China is trying to bulldoze the Philippines by encroaching on to the resource-rich Spratly Islands area that is within the Philippines’ exclusive economic zone. Not only does this force the Philippines to become more dependent on America but it also stiffens to the resolve of other Asian countries to get militarily closer by bridging over their own disagreements.

These two countries dislike each other intensely. They have a big dispute over islands that Japan still controls & South Korea claims. South Korea still harbors intense anger at Imperial Japanese behavior in the 1930 & 1940s. That makes what happened this week interesting.

This weekend, the Biden Administration is hosting a trilateral dialogue between the National Security Advisors of Japan, South Korea & USA at at the United States Naval Academy in Annapolis, MD aimed at “broadening and deepening our cooperation on key issues and advancing our shared prosperity across a free and open Indo-Pacific“.

A free & open Indo-Pacific rests on the freedom of Taiwan, the biggest & potentially the most explosive issue between China & America. Here is where memories of Imperial Japan’s sudden attack on Pearl Harbor get reactivated.

China, for its part, is doing a lot to reactivate these fears. Per Geopolitical Futures,

Given these fears & risks, the Biden Administration seems to be gearing up to build an alliance to discourage China’s actions against Taiwan. They have discussed with Australia what Australia could do in the event of a Chinese amphibious invasion of Taiwan. And, per Geopolitical Futures,

Look at the map above & notice that Japan & Indonesia represent the two extremities of the body of water that surrounds China. Now these two countries are set to grow closer after a meeting this week between foreign & defense ministers of the two countries. Per Geopolitical Futures,

The Orfonline article also points out that,

In a change in priorities after an extensive analysis, the Indian Navy has announced this week, 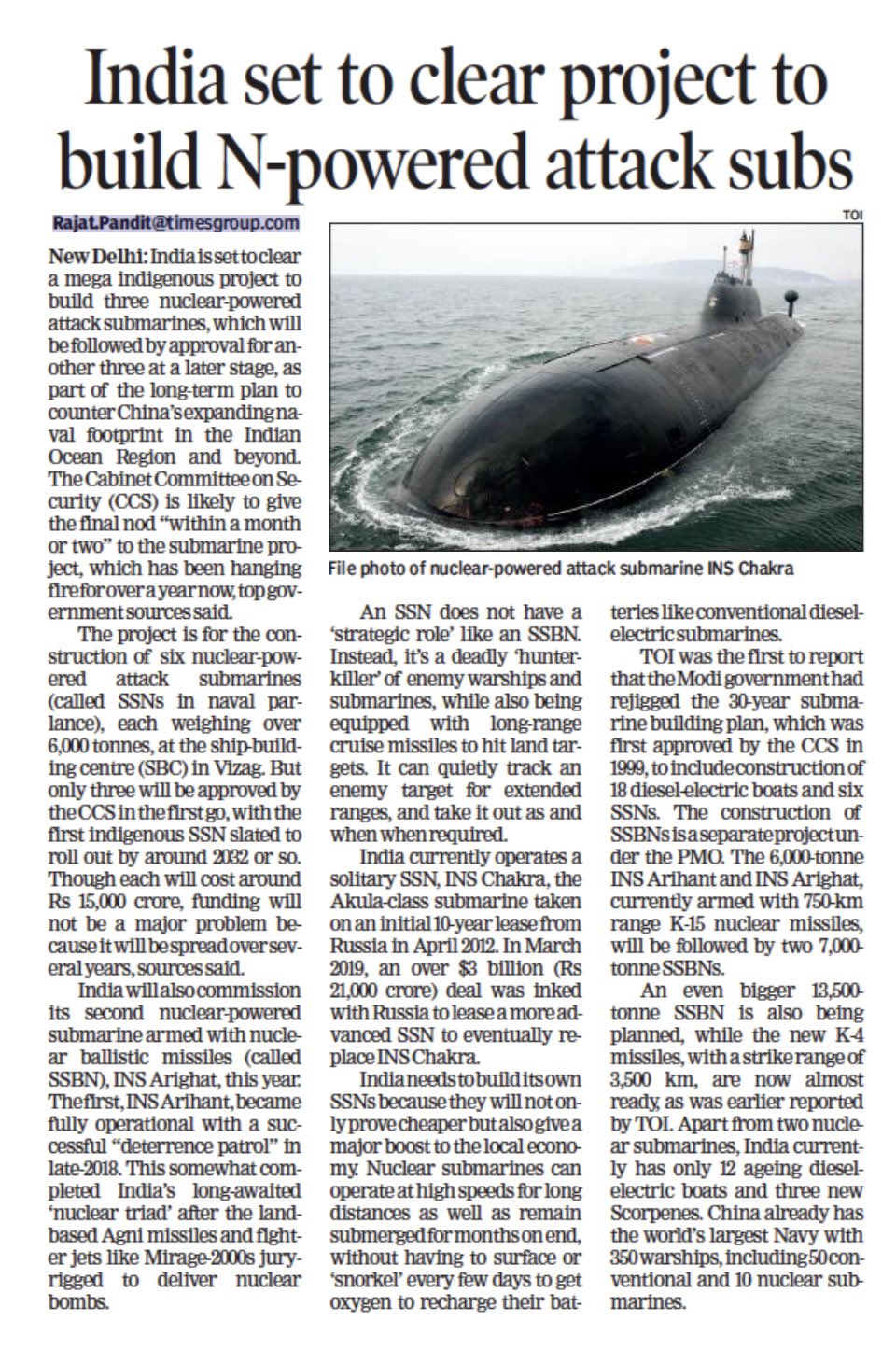 It is said that the Indian Navy prefers to partner with France in this project.

7. India-Russia-Europe via Iran by Sea & Land

The publicized Russia-China partnership is not as smooth as it is made out to be. These two are big neighbors and the old dictum says big neighbors rarely become or stay allies. That is proving true in the large region called Central Asia, a Russian preserve since WWII. Chinese industry & Chinese money have made inroads into this Russian “preserve”. That makes it incumbent on Russia to expand its trade & position as hub for Euro-Asian trade.

The route for that trade expansion will be the International North-South Transport Corridor (INSTC)- connecting Mumbai with Moscow. The critical hub for this corridor will be the Iranian port of Chahbahar located near the entrance of the Straits of Hormuz. India is developing two terminals at the port including the Shahid Beheshti complex and under an agreement signed with the Iran, it would run the terminal for 10 years.

According to Reuters, “India expects to start full-scale operations at Iran’s Chabahar general cargo port it has built by the end of May” … The Chabahar port is already operational and it “handled 123 vessels and 1.8 million tonnes of bulk and general cargoes from February 2019 to January 2021“. 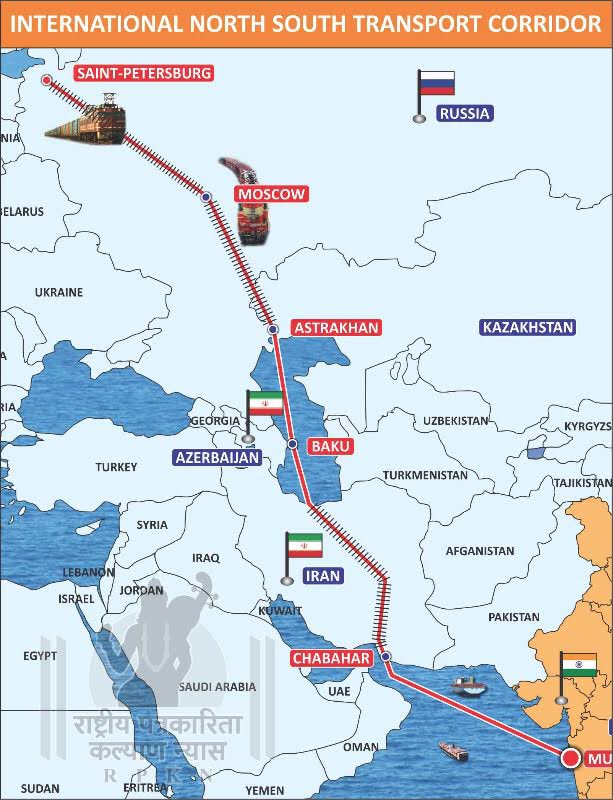 The feeder routes from this Corridor could have major implications for Eurasian trade, both economic & geopolitical: 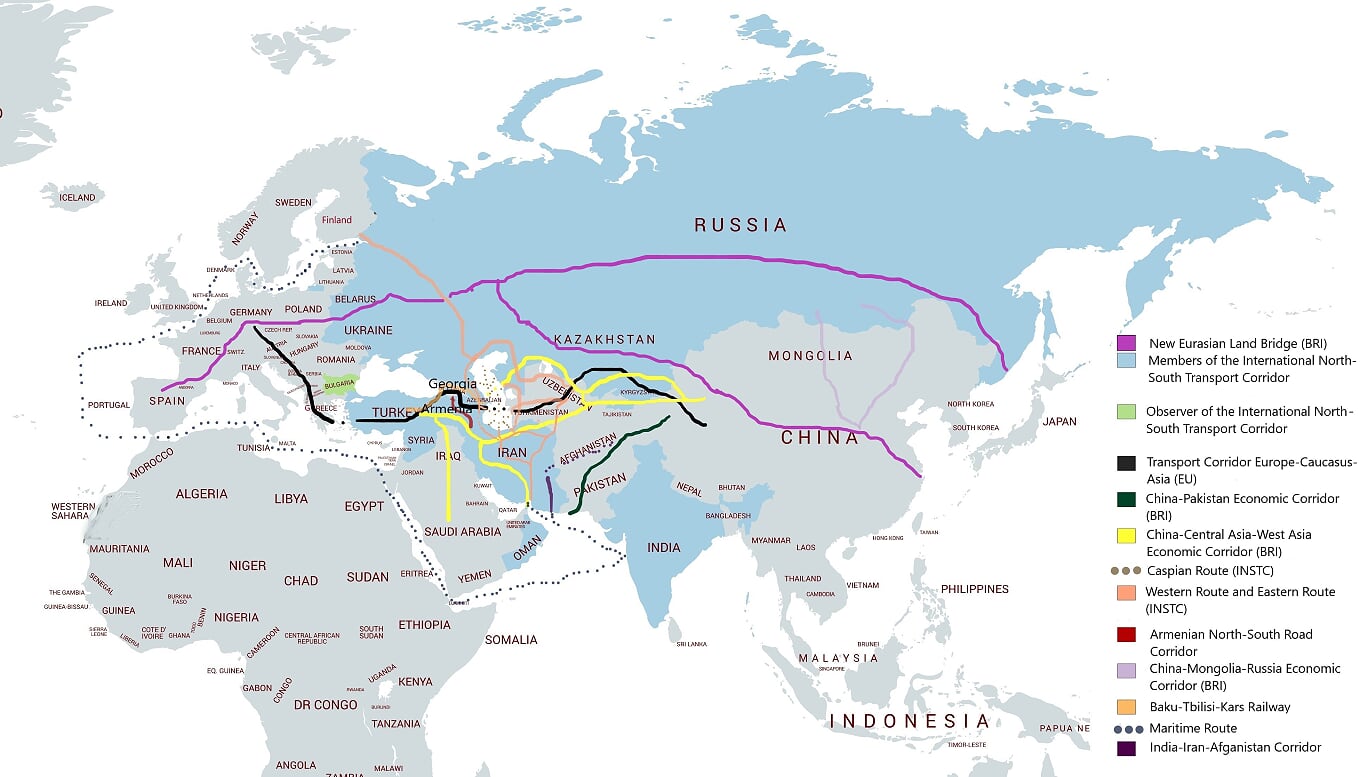 In particular, the old India-Russia trade routes so reactivated could potentially free Russia from its over-reliance on China in trade. And it could potentially prevent the Central Asian countries from being trapped into China’s One Belt One Road project. Compare the length & costs of the Indian Ocean to Europe route through the Suez Canal to this INSTC route, especially after the recent accident in the Suez canal.

If you look at all the above, you should see how China is already getting isolated & how much larger its isolation will be as Indo-Pacific & Central Asian routes become more open & free. So will China see the light and become more co-operative & less hegemonic? Or will China feel the need to strike it now before the global trade & defense alliance becomes stronger?

That might depend on whether Xi Jin Ping is replaced at the October 22 Chinese meet or he emerges stronger & more dictatorial.