The state of Keral (Kerala to Brit-servile Indians) is reputedly beautiful, an idyllic paradise of sorts as they tell us. Watch the lovely romantic video below. Don’t you wish you were there?

Not if you are a man and especially not if you are our old friend CNBC Anchor M. Because behind every lovely exterior can lurk a danger. And Keral has become more dangerous than ever to men.

That danger is best explained via the old tale of our friends – CNBC Anchors F & M. Back in January 2013, we had used the tale of one of their verbal encounters to explain how good intentions can go horribly amok in the land that calls itself India.

F & M (for female & male) are veteran CNBC anchors who often talk about more than the usual boring nonsense of business & finance. For example, Anchor F used to complain about the tendencies of her male colleagues to talk about football even in the midst of serious turmoil in markets. And Anchor M? He is an interesting guy indeed.

Back in late 2012, we heard Anchor F snap at Anchor M on live national TV “Don’t look at me like that, M“. That was a “wow” moment for us. We kept thinking about what would happen to Anchor M had they been Indian TV anchors in India. Finally we discussed that on January 26, 2013, India’s Republic Day, in an article  An Interaction at CNBC – What Could Happen to that CNBC Anchor under India’s Proposed Gender Law?

Two provisions of the law make it so, we are told. One is the premise of the law that assumes “a woman wouldn’t lie about that“, that being sexual assault, molestation & rape.  Once the law accepts this ridiculous assumption as fact, every male accused is automatically presumed to be “guilty” until he proves himself innocent beyond any shade of doubt.

Second is the deliberate intent of the law to encourage women to lodge complaints of sexual assault, molestation & rape regardless of whether the accusation is true or false. With this intent, the law protects even women who are proven to have filed a false complaint for any reason including extortion.

And what can count as assault or molestation? Read & weep for Indian men:

This explains how a female celebrity accused a man of assault for simply holding her hand longer than she thought necessary while shaking hands at a public award ceremony. Just think about this – a woman who received an award shakes the hand of the man handing her the award and later files a charge against that man for holding her hand a bit longer than she liked in retrospect. This “act” was in public in full view of hundreds of spectators. But none of that evidence counts. Only the “subjective perception” of the woman is enough. Look at what it does to many Indian men: 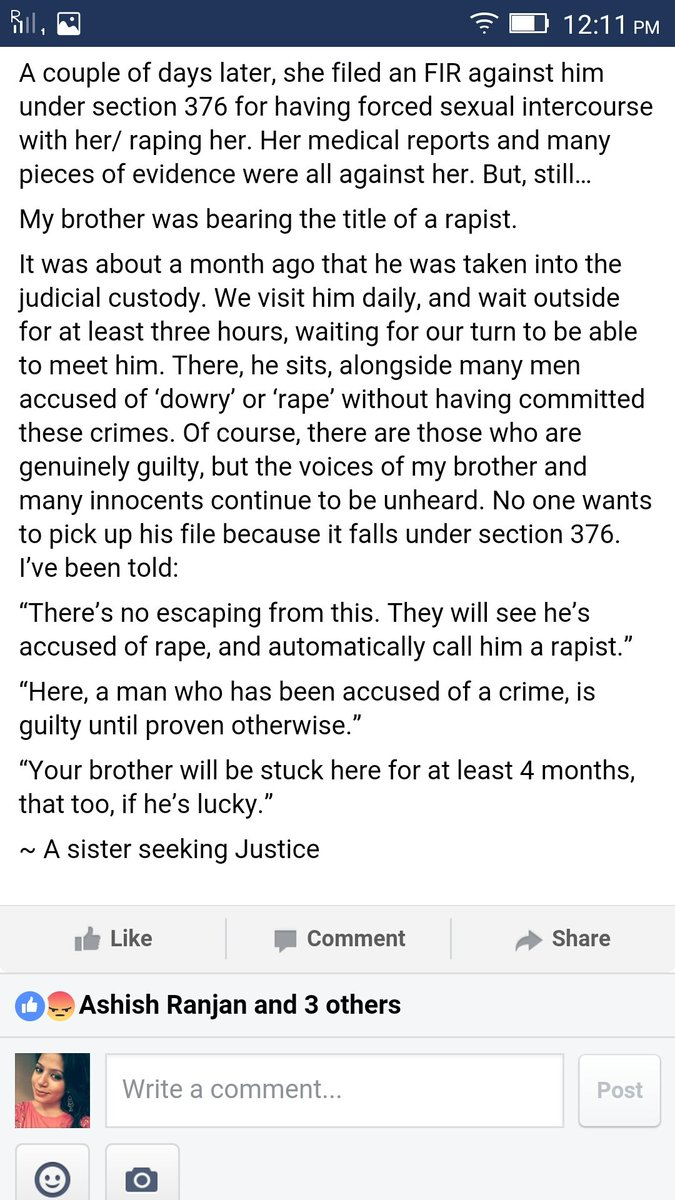 But that was a couple of years ago. Recently the Indian state of Keral went into a new dimension and even put Saudi Arabia to shame on August 15, 2016, India’s Independence Day. 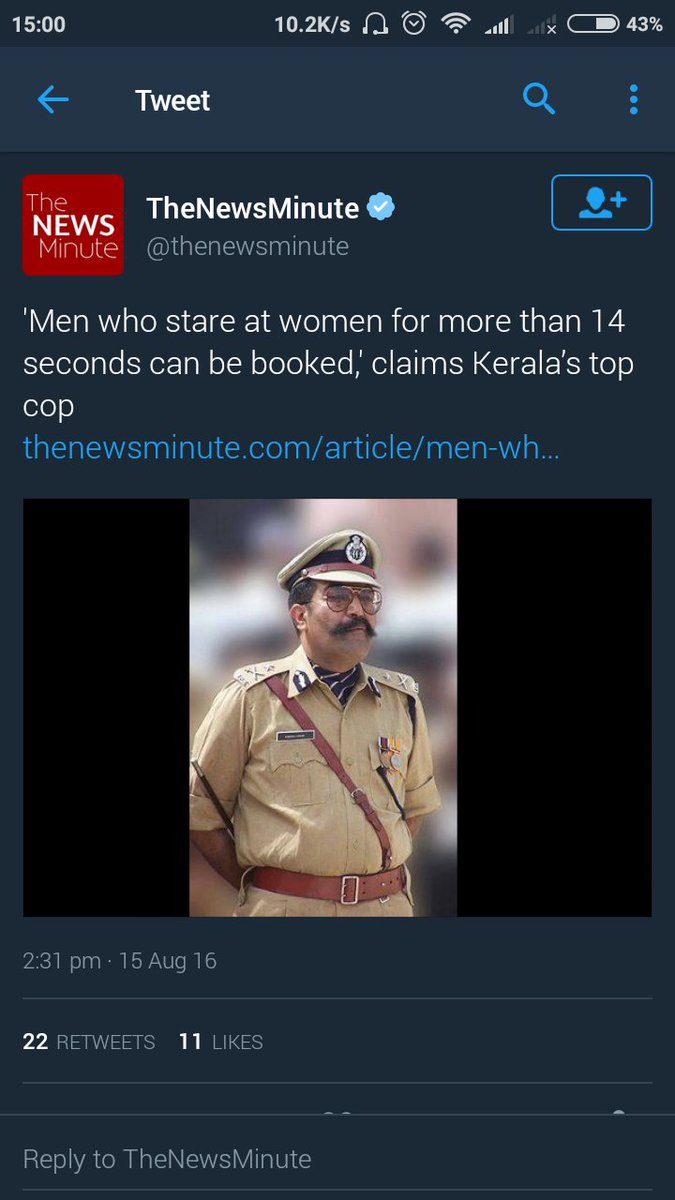 Man, what could happen to CNBC Anchor M in this stupid state? A simple comment like “Don’t look at me like that” from a woman can land him in jail if the look, according to her, was for more than 14 seconds. Now you understand our admonition to him to not venture into this crazy Indian state?

By the way, this top cop is still on the job. No one has demanded his resignation, not his bosses, not his government and not even the hapless pathetic men of Keral. Heck, even Saudi Arabian women have more gumption that Indian men.

How can men defend themselves in this stupid land with a barbarically medieval Judicial system? Look at the reported case of a married man who was accused of sexual assault & molestation by the wife of his neighbor. He had absolutely no defense as we have seen because the mere accusation by a woman is deemed sufficient. How did he escape? By India’s version of MAD or Mutual Assured Destruction. The accused man’s wife then lodged a case of sexual assault & molestation against the accuser woman’s husband. The result? Detente just like for US & USSR!

But this option is not open for single men. And pre-marital sexual encounters are exploding in India. According to a report in the Times of India, abortions by under 15 year old girls shot up 67% in 2014-2015 and abortions by 15-19 year women jumped up by 47%. This is tailor-made for extortion & false cases of rape against men, What are some young men doing to protect themselves? Watch this 6 minute clip especially the last 2 minutes:

Look at the facts – 53% of rape cases lodged in Delhi were found to be false by the Delhi Commission for Women, criticized itself for bias against men. Yet, Indian men can’t get together and demand a change in the law. Now you know why neighboring NonPakistan considers Indians as Na-Mard or not-masculine.

Getting back to our Anchors F & M, we may be creating a bias ourselves against Mr. M. After all when you hear a woman say “don’t look at me like that”, one is conditioned to assume the man did something improper. Recently, this Anchor F asked Anchor M on live national TV whether he would like to look at her shoe closet. Anchor M caught himself just in time and said “No I don’t”. Good save, Anchor M. While you may have legal rights of defense in America, the presumption is the same as in India – you are a man & so you are to blame.

By the way, this is one reason we end up watching CNBC more than other financial channels. For the many interesting human interactions they feature rather than their boring business & finance stuff.